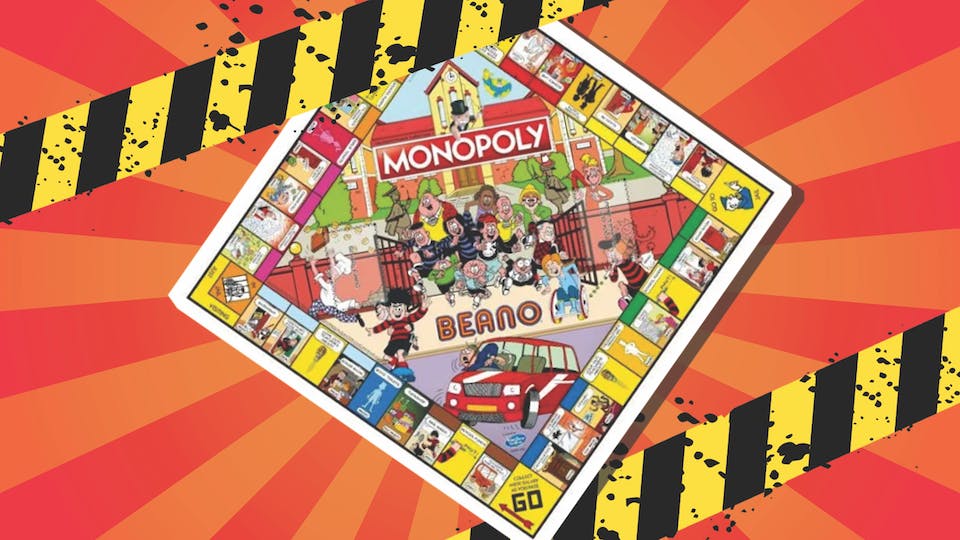 Bash Street School has a new headteacher and the word on the playground is that he thinks he's in charge.

Naturally, that's bad news for Beanotown kids like Dennis, Minnie the Minx, Roger the Dodger and The Bash Street Kids, but they're ready to fight for their right to party (and blame their dog for eating their homework).

Select one of the bespoke Beano playing tokens; scooter, rollerskate, bike, go-kart, trainer or skateboard, and race around the board. Wheel and deal with bespoke Beano Monopoly money and Bash Street School classrooms (or properties as they're known in classic Monopoly) and take control of the school, in the funniest Monopoly ever.