5 reasons this week's Beano is heroic! 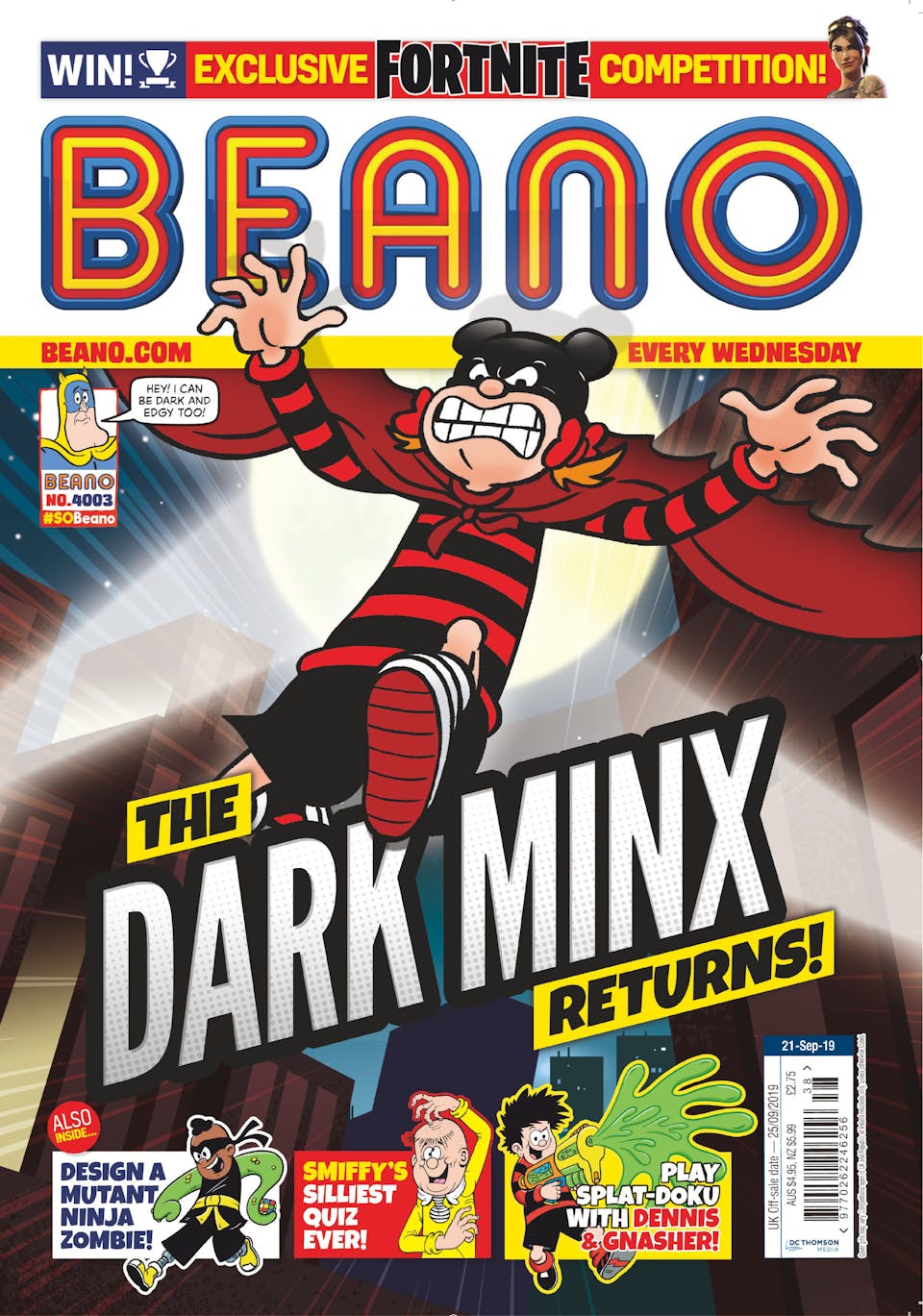 Not much is known about her other than her red and black stripy top, and every boy and his dog in Beanotown has one of them! Who could she be?

If Minnie had a superpower, what do you think it would be?

2. Bananaman is a cow! No, he’s literally a cow! That’s udderly ridiculous, I hear you say? Doctor Gloom has created an animal ray gun and turned him into a cow!

How will Bananaman manage to escape? With his superhero moo-ves? Or will he just have a cow?

What should Bananaman (or Bananacow) do?

3. The Bash Street Kids are on TV! They’re taking part in a televised school quiz show, just like University Challenge! More like universally challenging, we should say!

Can you guess which animal was the Bash Street Kids mascot?

4. Roger and Dave want to get the new Mutant Ninja Zombies 2 game¬¬ before it sells out, but Dad has other ideas.

Can Roger dodge his way out of his chores like a ninja in his game? Or will Dad out-manoeuvre him?

And what could they find on Beanotown Beach of all places? And whose treasure could it be?

What do you think Dennis and Gnasher find?