Crash Smashson has an awesome name, but who is he and what has he got to do with Dennis from Beano?

Crash Smashson is a comic superhero created by Dennis Menace (see Beano No. 3839).

When Dennis was asked to write a homework report on his Best Week Ever, one of the things he wrote about was Smash. 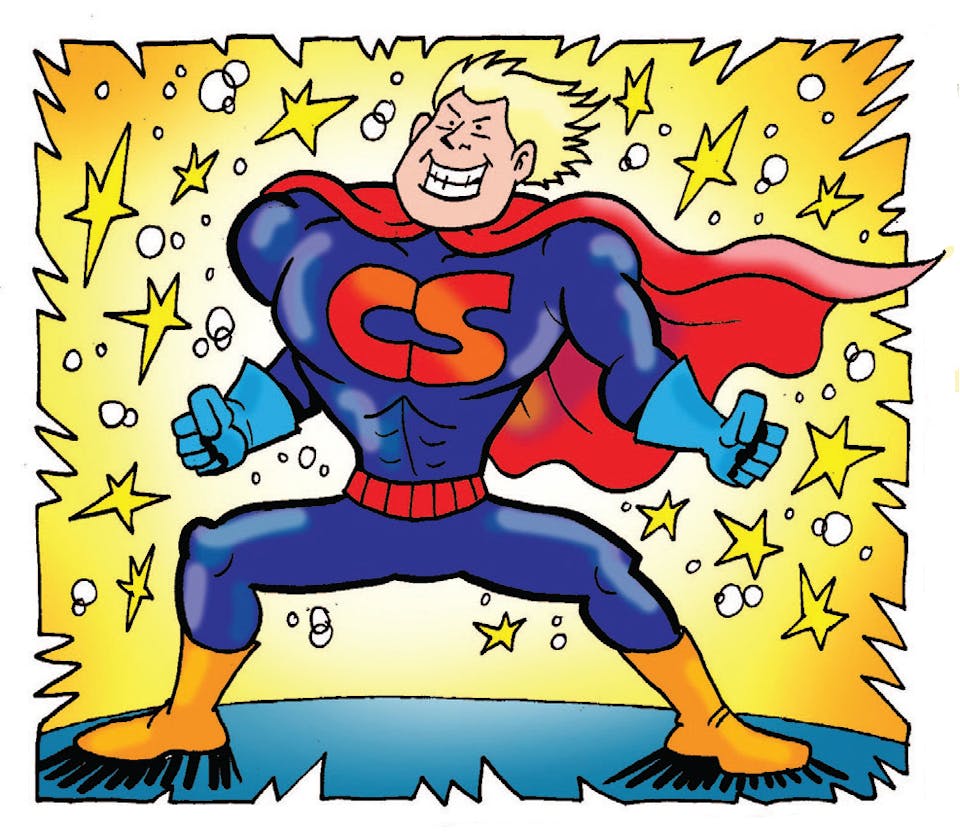 When Dennis created Crash Smashson, he also wrote a character profile and origin story for him.

Crash has one superpower, which is Being Amazing.

Dennis created Crash on a piece of paper, which was then struck by lightning. This made Crash real and Dennis very happy (in his fictional Best Week Ever, at least).

As superhero creation stories go, it's a bit basic, but Dennis works in broad brush strokes. 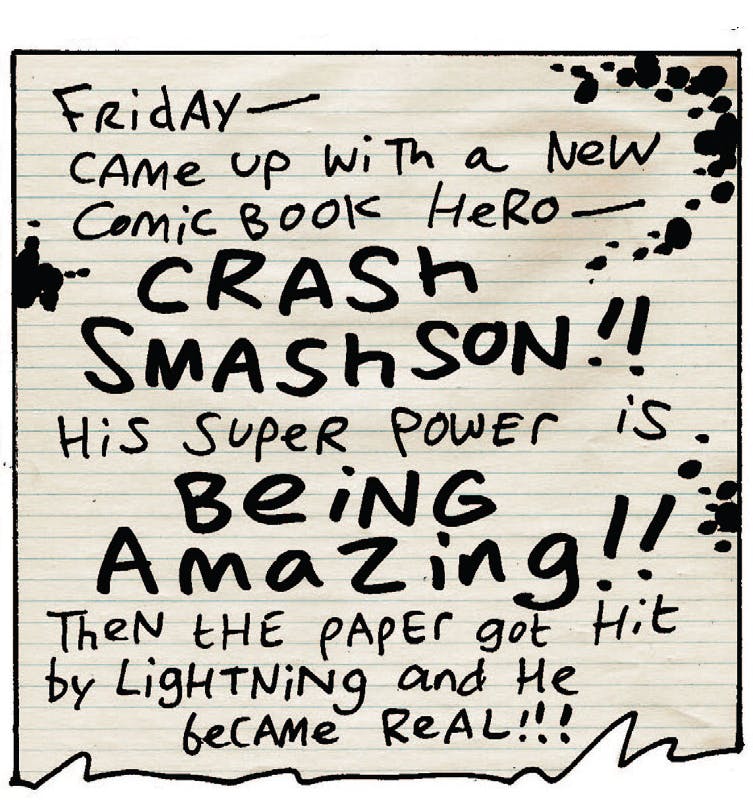