By the Gods of Olympus these Ancient Greek Facts will blow your tiny mortal mind!

Ancient Greece was founded about 2,500 years ago when Alexander the Great united different city states into a single nation. But Alexander isn’t the only great thing about Ancient Greece. Check out this list of twenty epic Ancient Greek facts to amaze your teacher. She won’t believe what she Hera! The previous sentence was a joke not a typo.

Alexander the Great created Ancient Greece by uniting many city-states. He's probably the most famous of all Alexanders, as the other contender, Alexander the Average, didn't achieve that much!

Ancient Greeks refused to eat beans, believing they contained the souls of the dead. Made Up Archeologists propose that they also thought their bean-powered farting was the Dead trying to communicate with them. One raspberry for yes, two for no.

3. They Made A Giant Wooden Horse!

Ancient Greeks tricked the city of Troy into believing a massive wooden horse filled up with deadly warriors was an apologetic gift for laying siege to their homeland. It is the root of the phrase "Beware Greek's bearing gifts."

That's right! Apparently, the Ancient Greeks invented theatre. The actors used masks that flipped from happy to sad to show their emotions. This was either to project the feeling further into the audience or because they were terrible actors! As usual, long ago, women weren't allowed to join the fun.

5. The Ancient Greeks Gave Us The First Olympics!

The first ancient Olympics were held in 776BC. The cities that composed Ancient Greece were often at war, so a truce would be called to allow the competitors to get to the competition safely. The Olympics have since been a symbol of international cooperation and peace!

6. The Ancient Greeks Have Loads of Epic Legends That Still Inspire!

7. The Ancient Greeks Had LOTS of slaves!

1/3 of Ancient Greek was populated by slaves, who lived in their owners' houses. Ancient Greek slaves could have several jobs, including working in the Navy and the Police Force!

8. The Ancient Greeks Had LOTS of gods!

You'll know some famous ones like Zeus, Hades, Hera, and Poseidon, but you might not have heard of Hermes, the messenger god; Ares, the god of bloodlust; and Dave*, the god of carrots.

*We made up the god Dave. Sorry!

9. The Ancient Greeks Invented The YoYo!

We'd love to tell you that the Yoyo was originally a supercool weapon initially used by Achilles during the siege of Troy. Sadly, this wouldn't be true. Toy Historians believe that the YoYo is the world's second-oldest constructed toy!

10. The Romans Ripped Off The Ancient Greek Gods!

For many reasons, loads of Roman culture is based on ancient Greek culture. They even have the same gods, albeit with different names. The Ancient Greeks had Zeus, and the Romans had Jupiter. Just make up your own Gods, why don't you?

11. The Romans Even Ripped Of How Ancient Greeks Ate!

Even the traditional way that Romans ate (lying down on a sofa thing) was practised first by Ancient Greeks. Your teachers now practice it in the school staffroom (except they eat biscuits, not grapes).

12. No Way Did The Ancient Greeks Invent Cheesecake?

No Way Did The Ancient Greeks Invent Cheesecake!? Actually, they did! Ancient Greek cheesecake ingredients included flour, wheat, honey and mmmmm cheese. They were even used by Olympic athletes as an energy-rich snack. Yummy!

The most famous oracle in Ancient Greece lived in a place called Delphi and had the power to conjure the god Apollo to allow important people to ask him for advice! It turns out the Oracle's temple was built above a chasm that released poisoned gases known to cause hallucinations!

14. The Spartans Were The Fiercest Warriors in Greece!

But it wasn't all exciting hand to hand combat and epic battles. Spartans followed some VERY ruthless rules, throwing criminals into deep wells for the smallest of crimes! They'd even leave babies outside to see if they were strong enough to survive!

They were pretty horrible. Hera kicked her son off the side of a mountain, and Zeus did many deeds too awful to be written down on the Beano website!

We're no experts, but we're imaging they used smooth pebbles instead of flints. There's not much else we can write about this, really.

17. The Goddess Athena Gave Her Name To The City Of Athens!

Athens was the birthplace of democracy, being one of the first places where the rulers were voted in by the population(sadly not counting the slaves.)

18. Bad Politicians Could Be Banished!

The Ancient Greeks could vote to have a politician banished from Athens for ten years to stop them from slowly taking over. It's a bit like a TV talent show, except the people voted off have to leave the city!

The word idiot derives from an Ancient Greek word to describe someone who didn't take part in politics not - as you might expect - someone who believed the wooden horse of Troy was actually a nice present!

20. Ancient Greek Unibrows Are In!

It was considered beautiful for Ancient Greek women to have one big eyebrow. Ladies not blessed with one massive eyebrow would create fake eyebrows to join their two small eyebrows together! 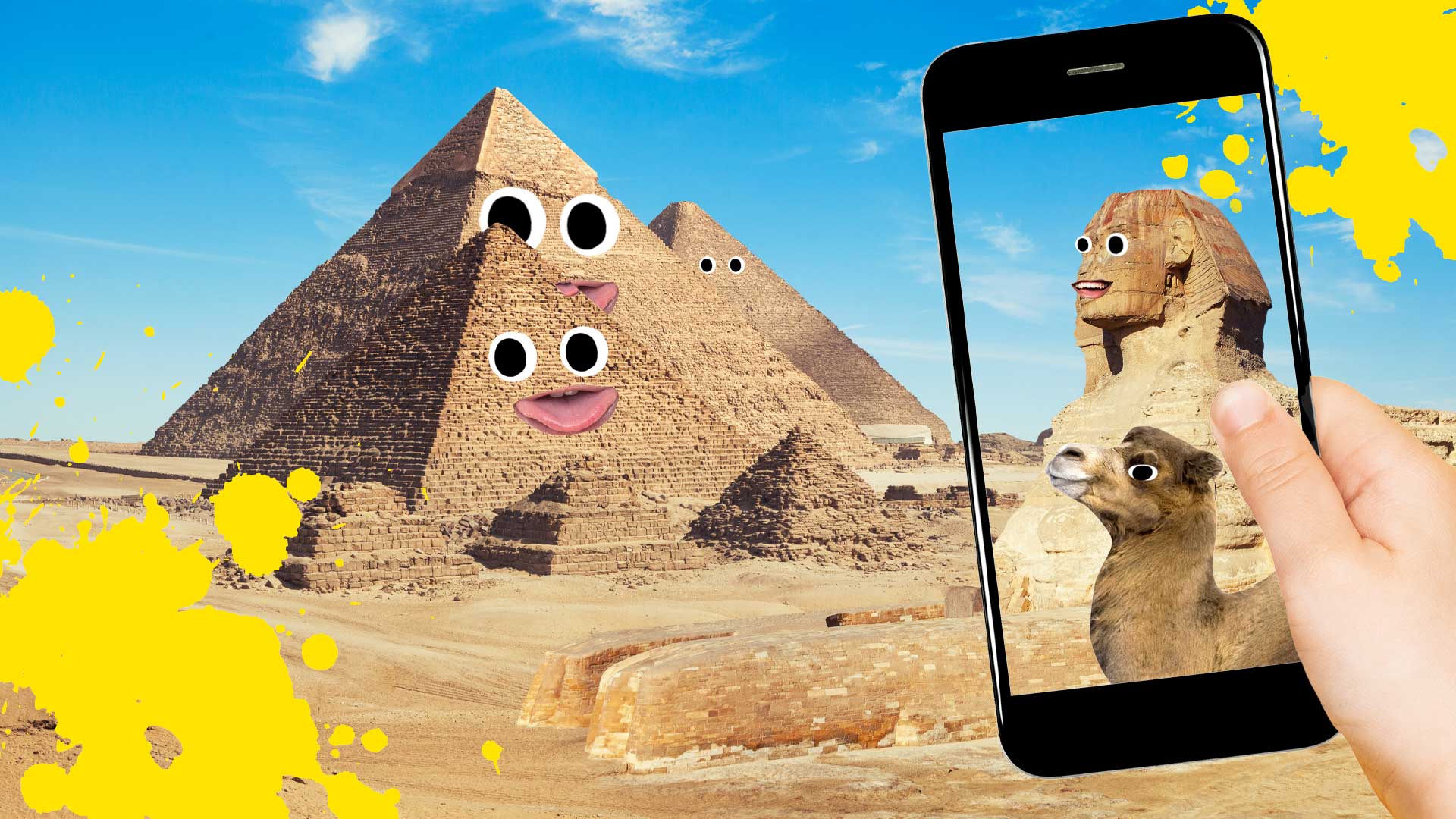