Take a peek inside the Magic-Beano Book 1947, filled with classic comic strips and adventure stories!

The Magic and Beano comics combined their characters for a fifth year in a row, even though Magic comic ceased weekly publication in January 1941. 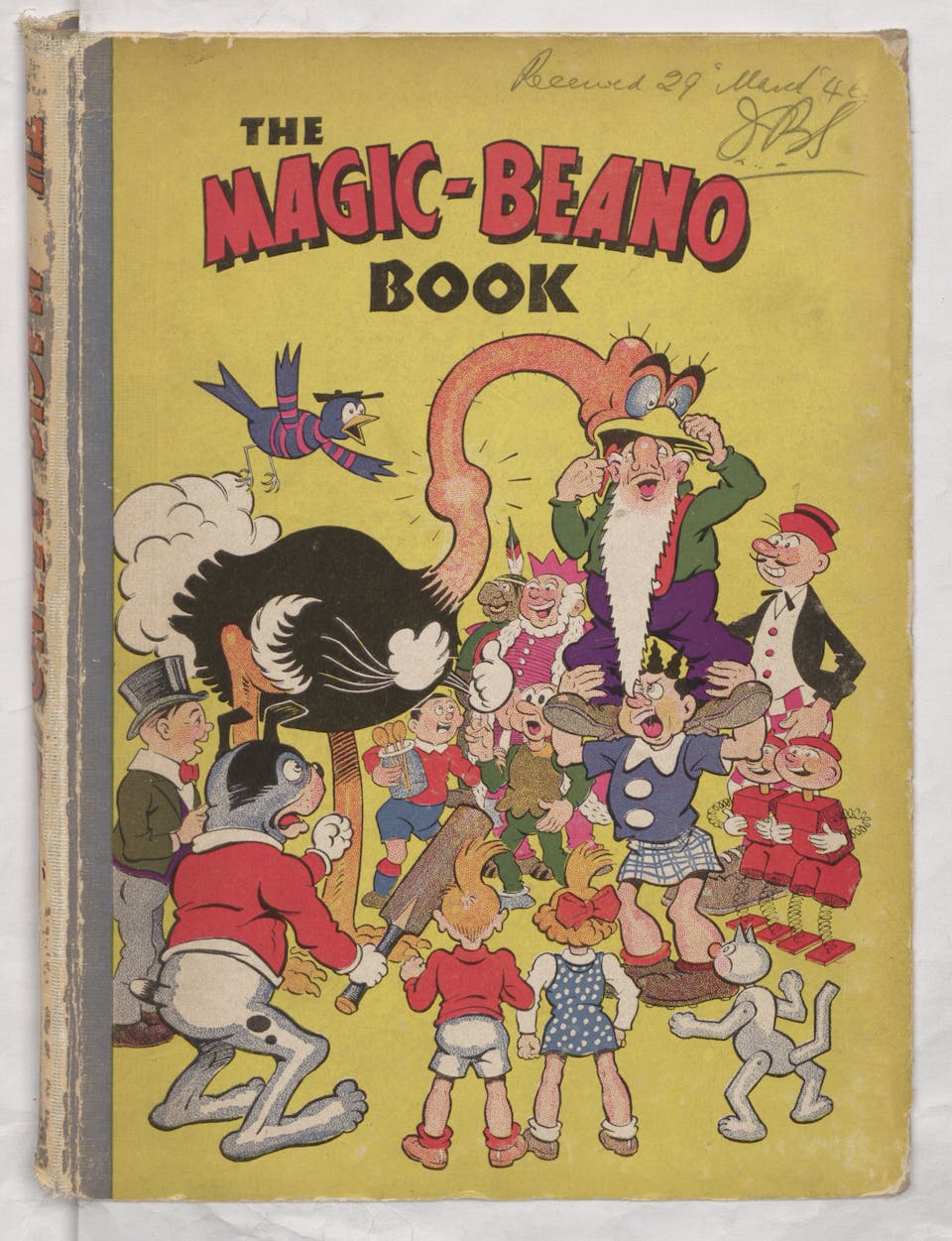 This annual had a slightly lower page count, at 128. In fact, this annual was mostly adventure stories rather than comic strips. Both were probably due to the limitations of post-war Britain. 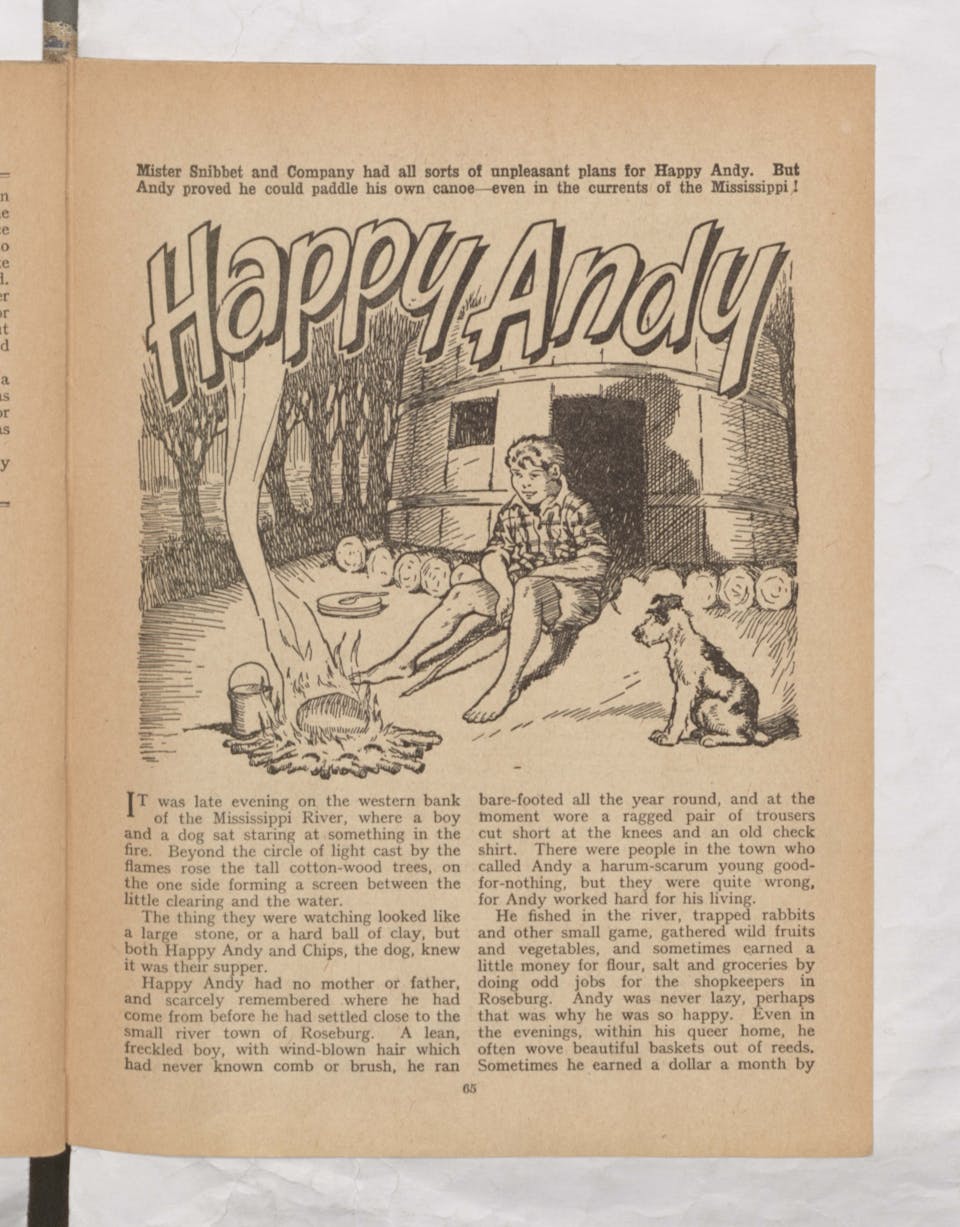 Although the weekly comic during the war poked fun at the villains of WWII, the annuals rarely had such content. This light-hearted strip shows a mix of the change in format, with panels, speech balloons, and rhyming text. 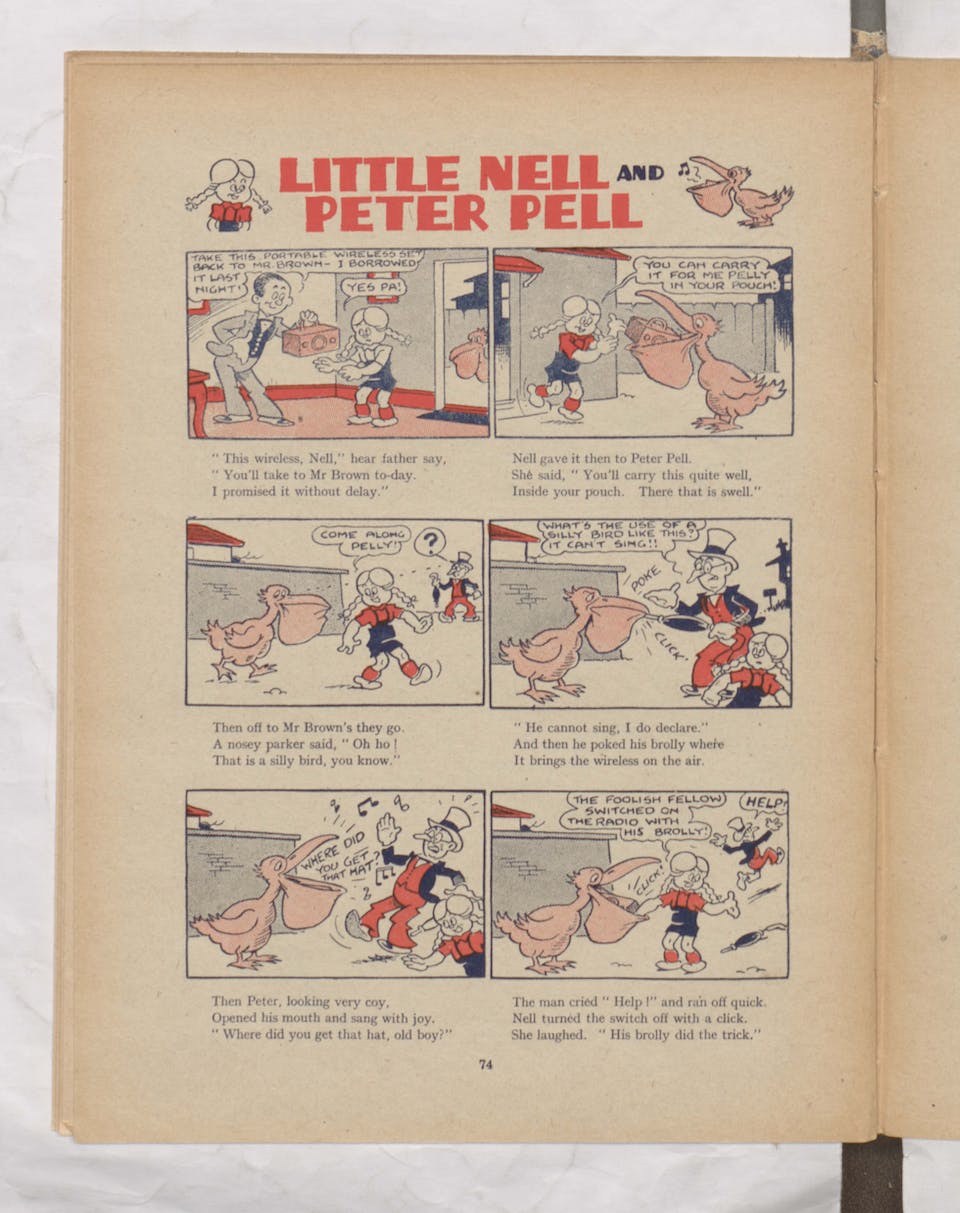