This psychedelic cover could only have come from the 1960's. The design breaks from the tradition of having characters front and centre in the middle of mischief and chaos, opting for a large rainbow font. Groovy, baby! 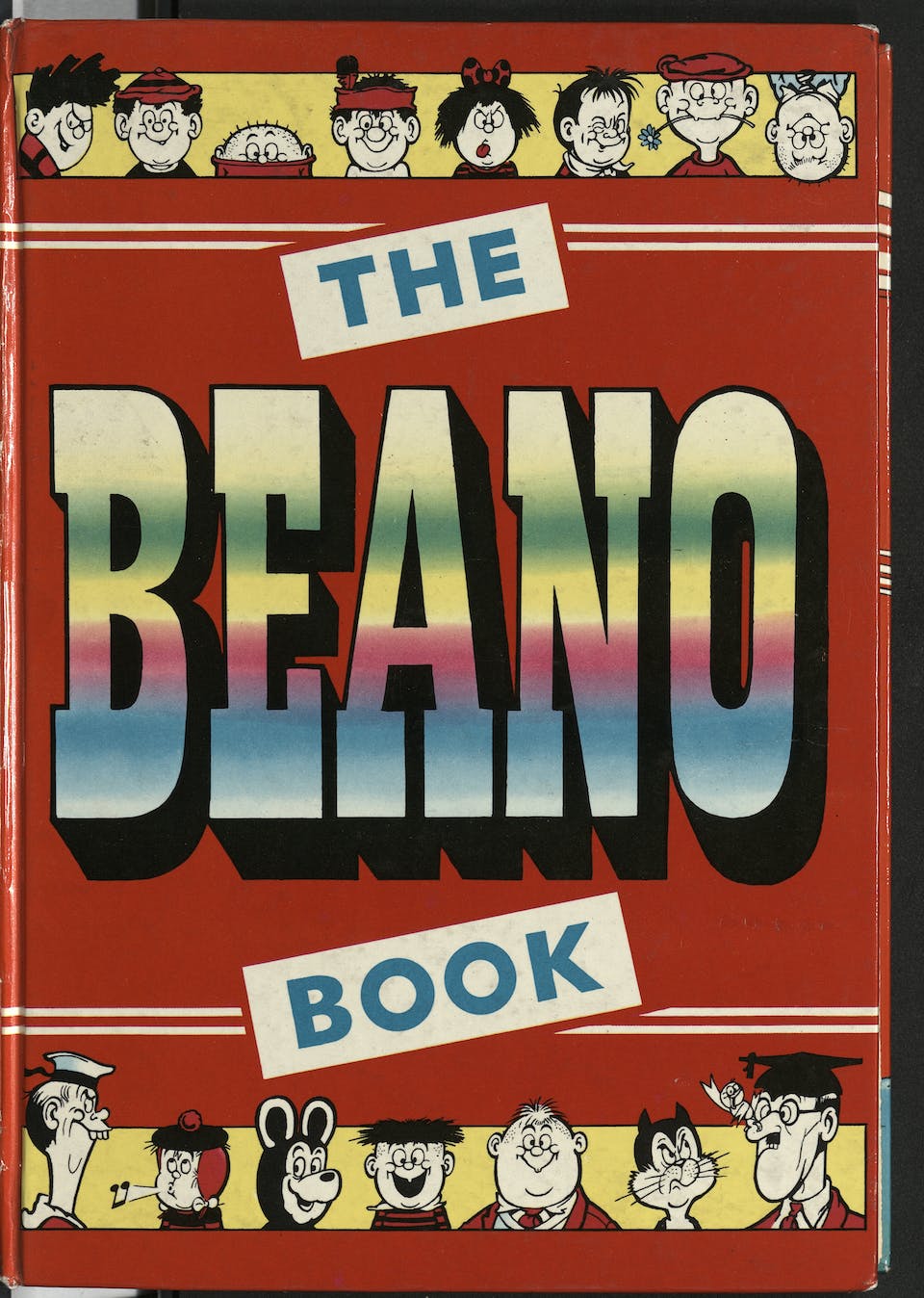 The 1961 annual was the first time that yellow ink was used in its pages. Illustrations inside previous annuals had only appeared in black or red and dark blue (or once in green!) - imagine seeing yellow for the first time! 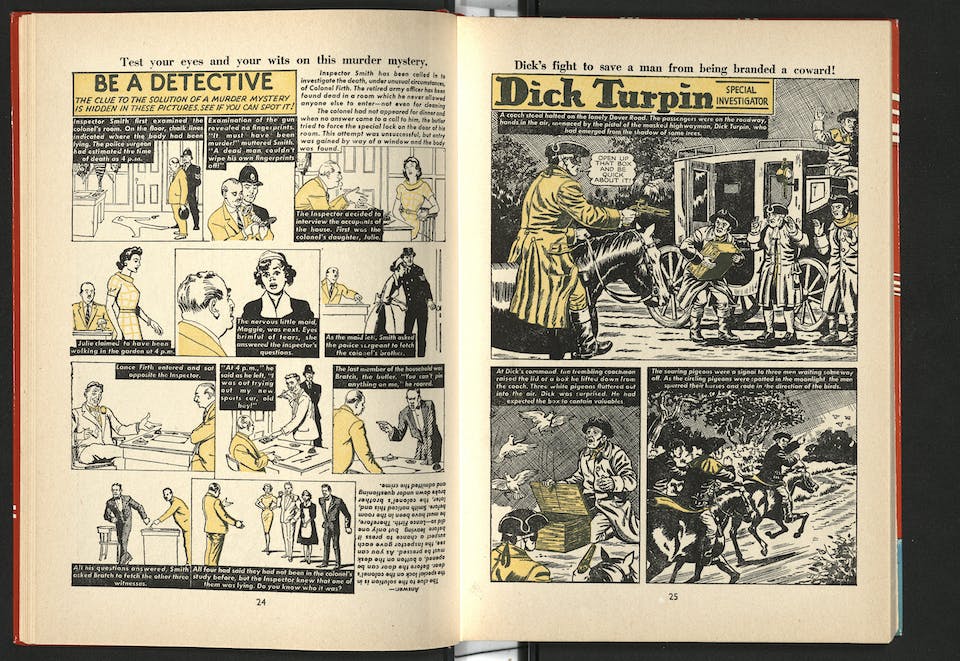 This rare strip is one of Old Father Time's only appearances in a Beano annual. Halfway between Grandpa and Jonah, this unlucky old spectre had less than a year of fun before returning to Beanotown Retirement Home. 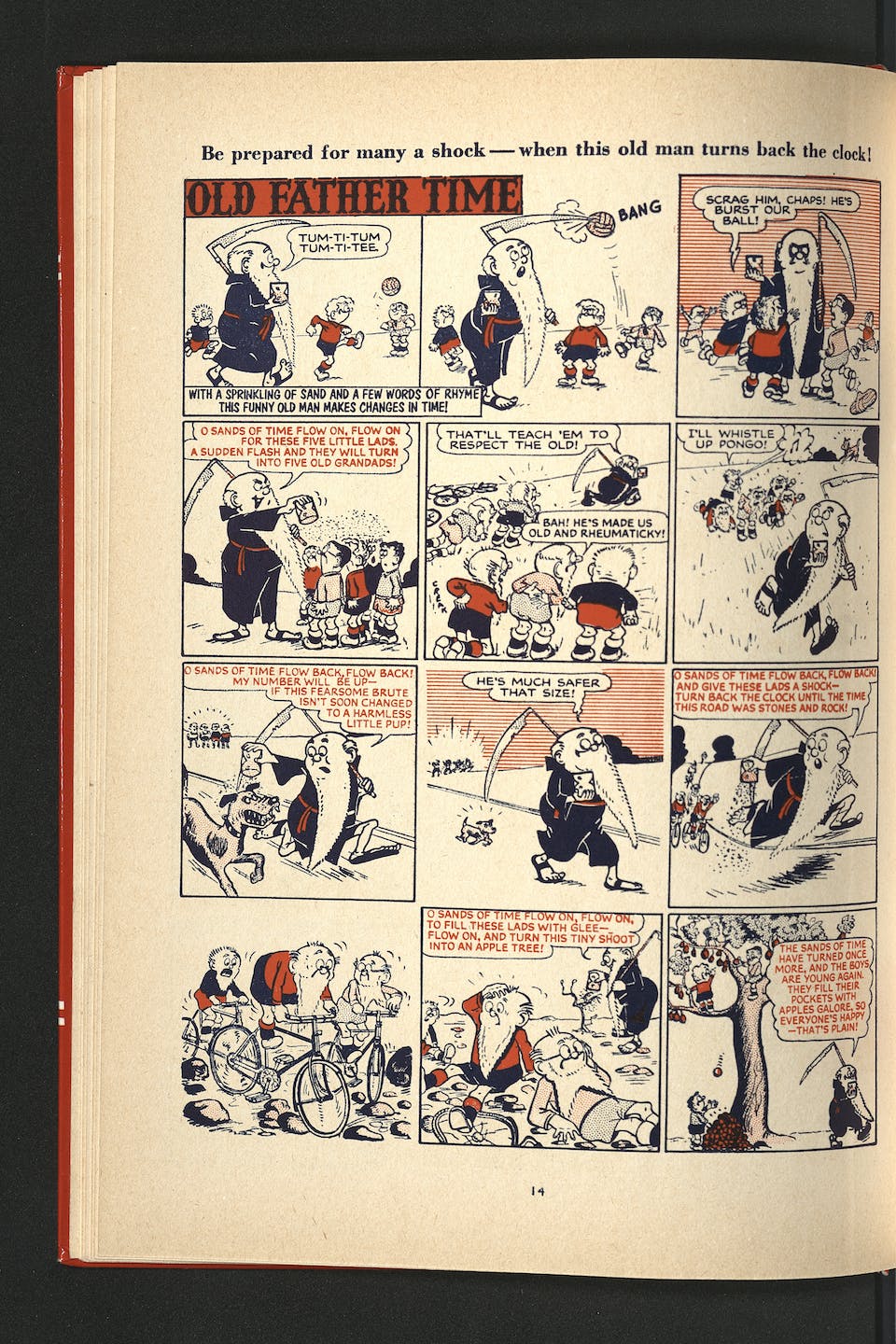 Paul Strike of the Flying Squad 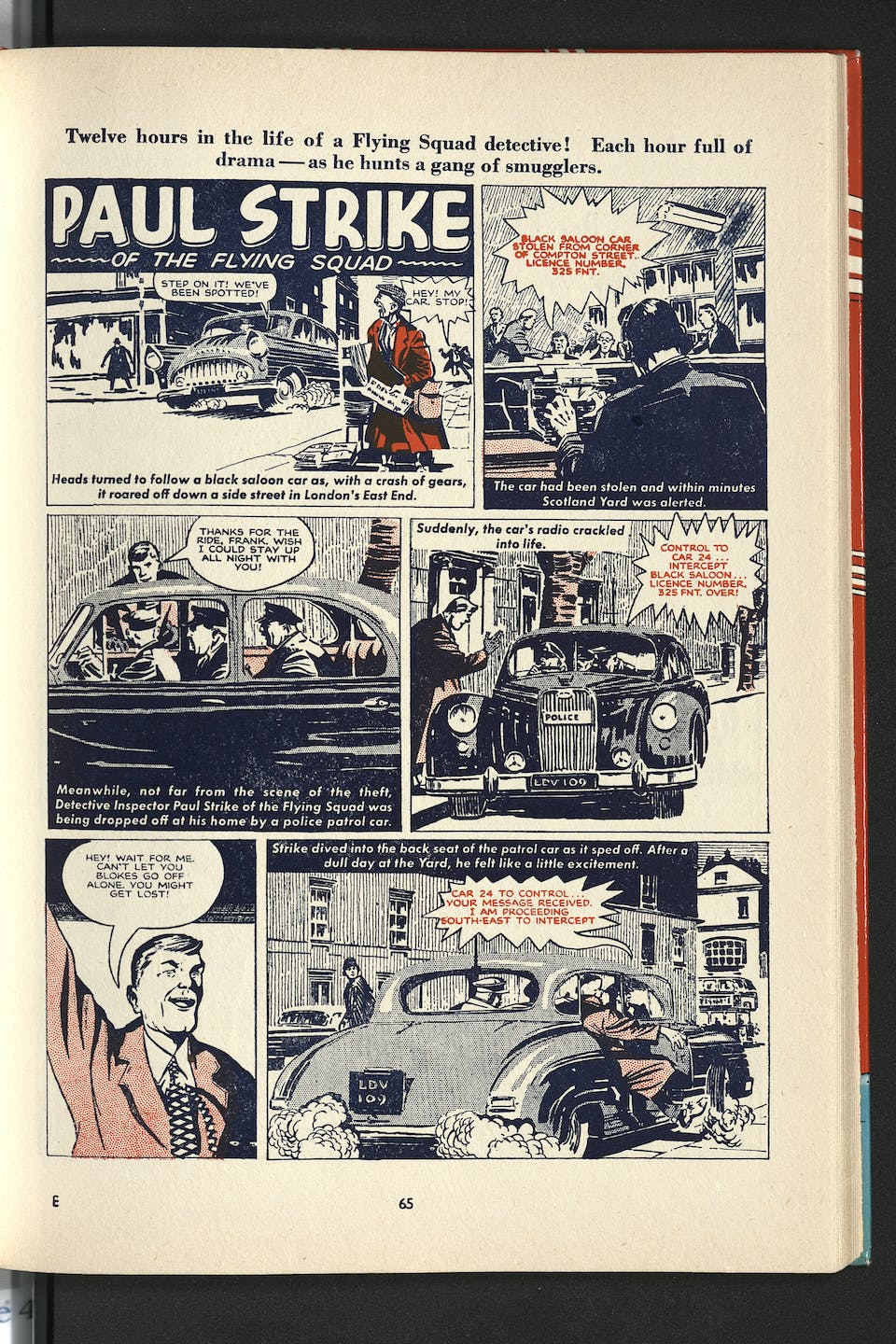