Available for just £1, this year's Beano Book had 144 pages of material to feed your funny bone. 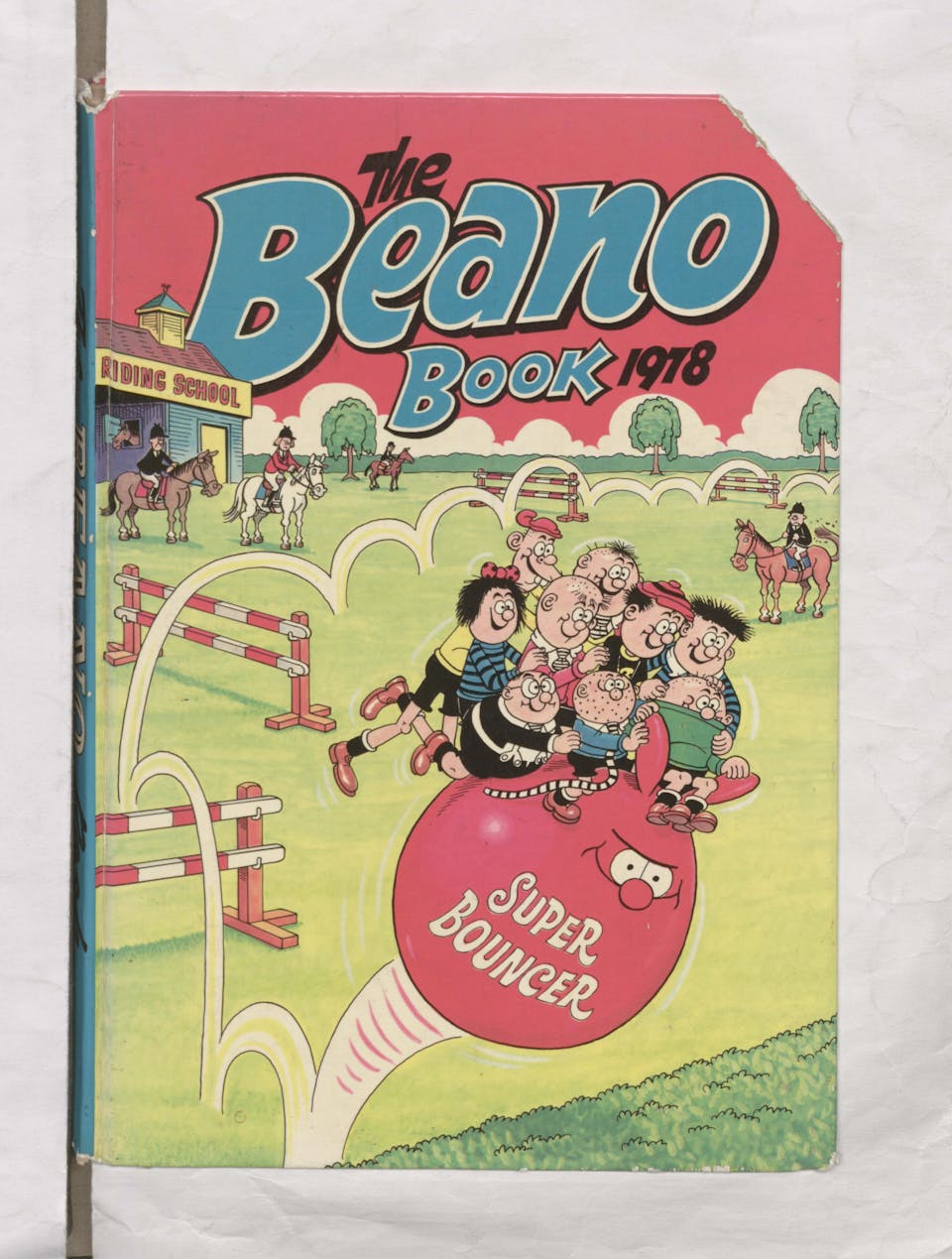 It's so good, it looks like it's been nibbled and nicked from the Beano office, more than once! 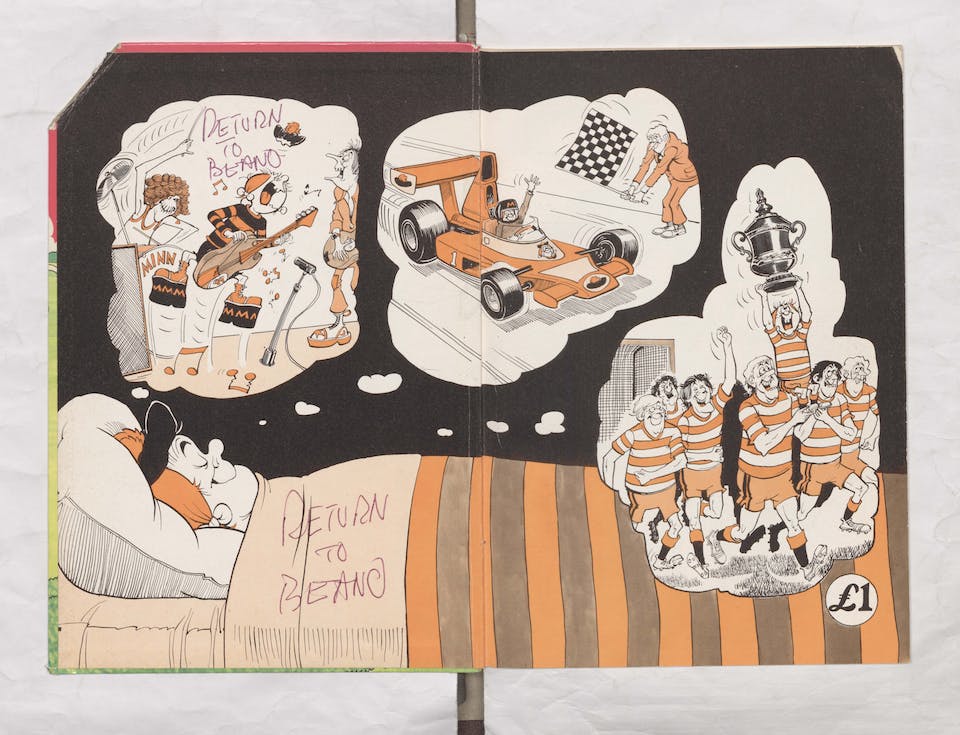 Beano annuals have been the perfect Christmas gift for as long as they've been around! Many readers would have dreamed of the kind of feasts and fun that Lord Snooty and his pals had at Bunkerton Castle. 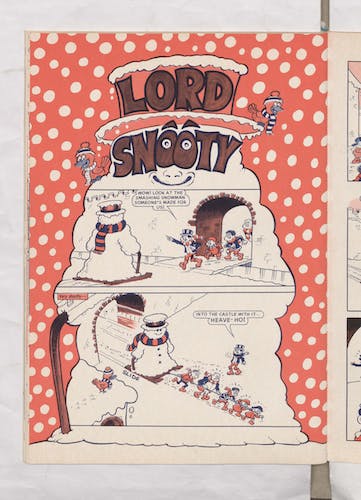 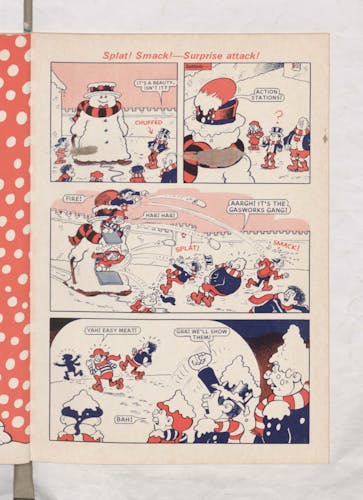 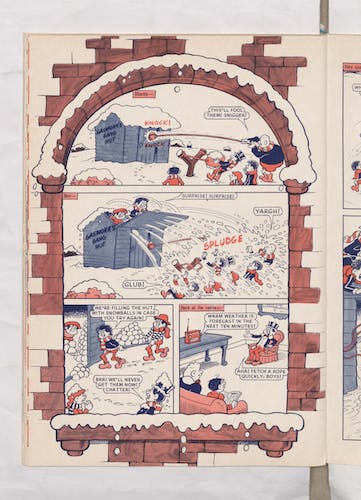 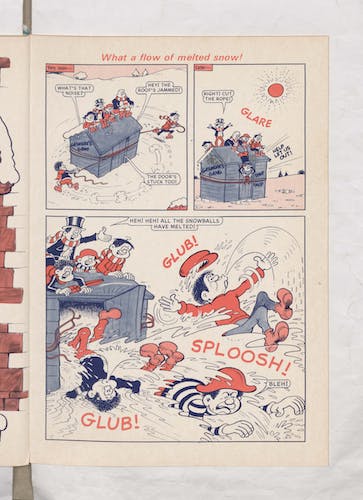 Ball Boy first appeared in the 1977 annual with just a few pages. As he became part of the Beano gang, he got more pages, including this two-page snowy spread. 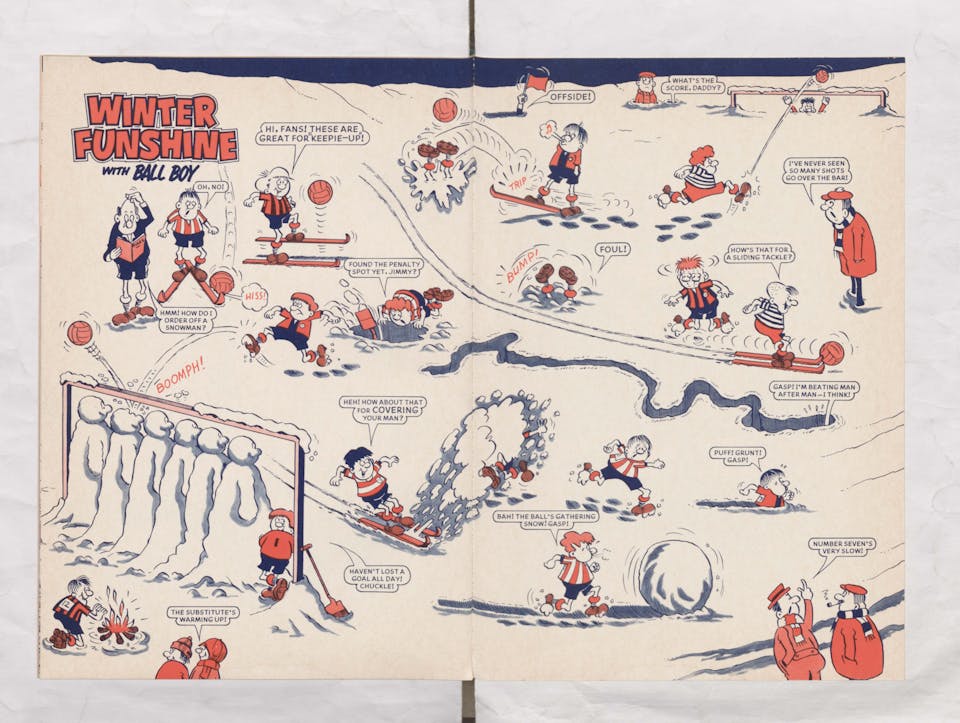 At all good newsagents, the Beano comic could be bought for just 5p every week!