1992's annual features stories from some classic characters, brought into full colour for the first time! 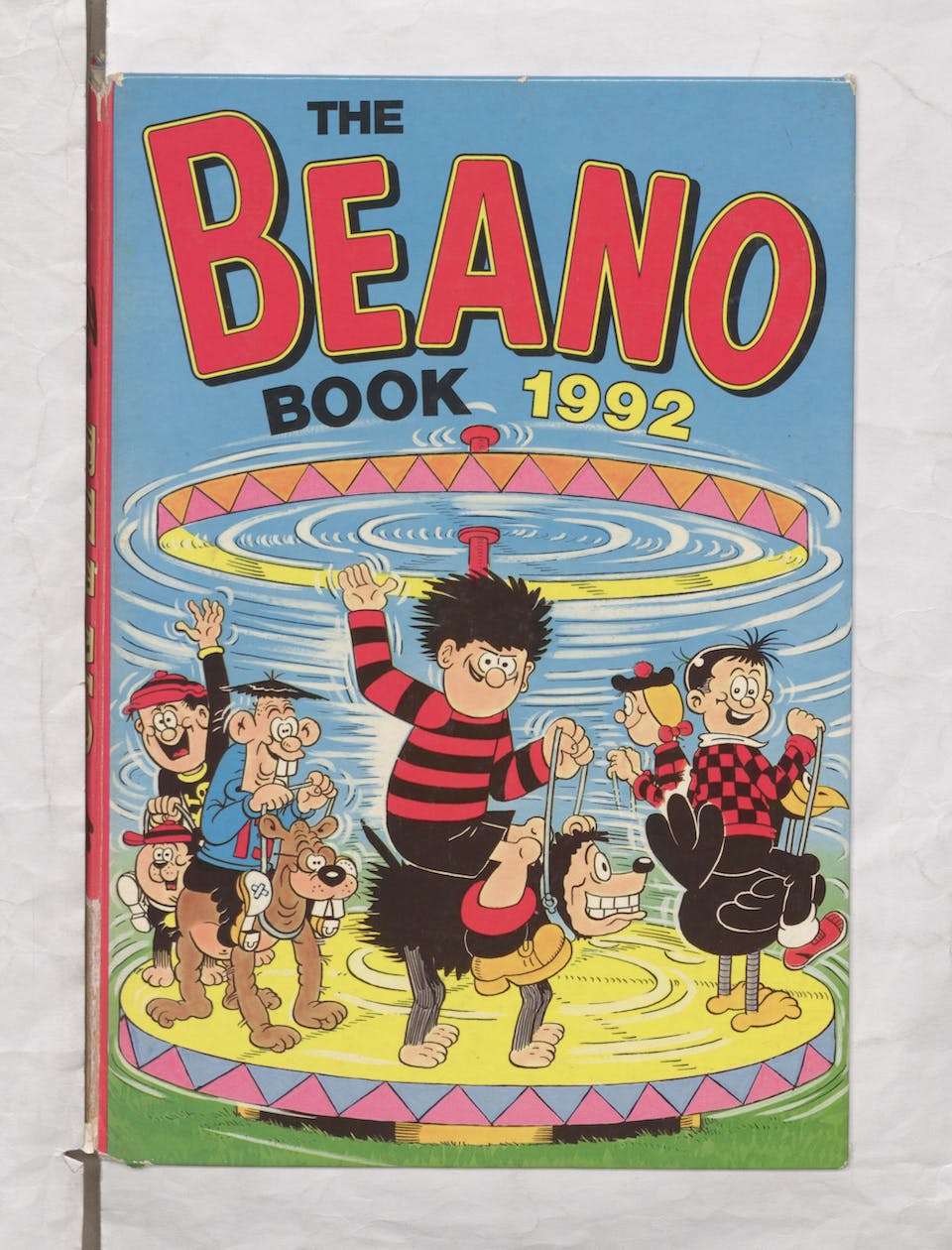 The strongman's daughter punched through Beano pages with brand new strips that ran during the early 90's. These were illustrated by Bob Nixon, who also drew Ivy the Terrible and Roger the Dodger. 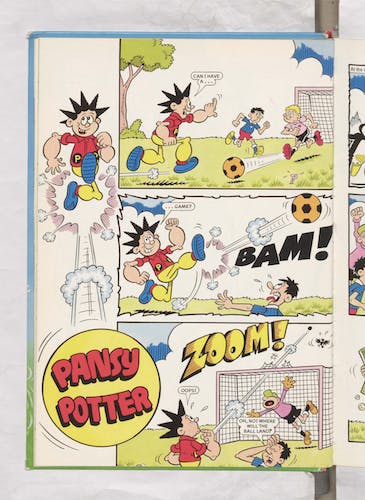 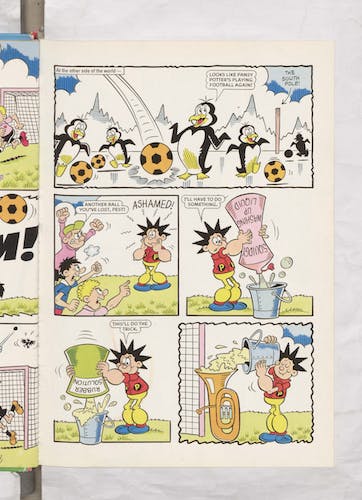 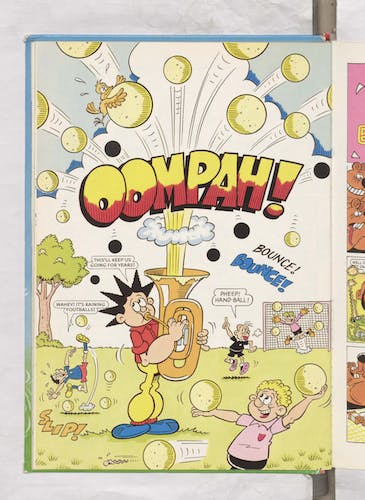 Les gets a rootin'-tootin' Annual debut in the 1992 Beano Book, where he dons a cowboy outfit to cause some trouble. 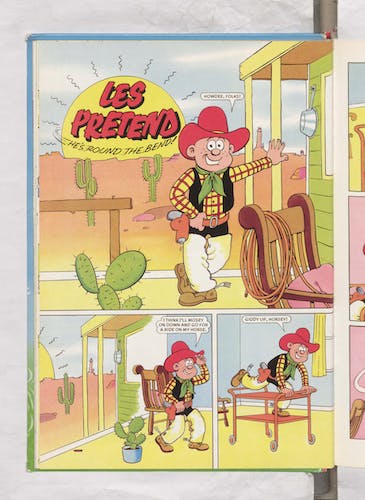 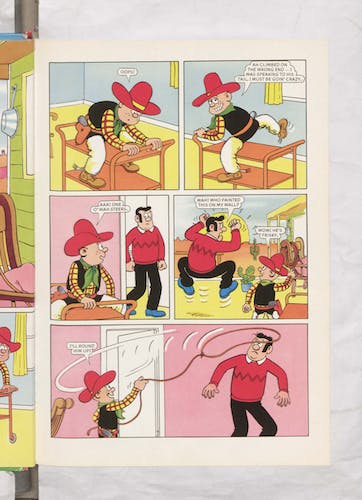 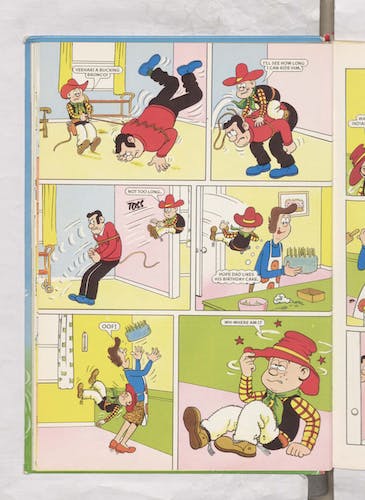 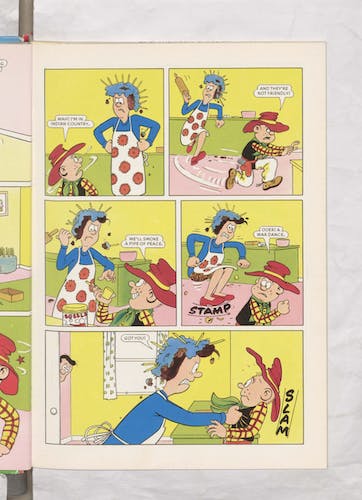 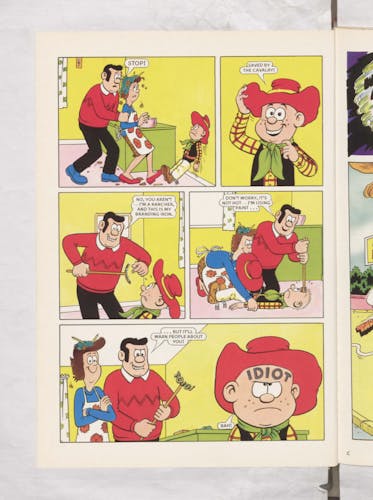 The Earl of Bunkerton makes a return to the Beano Book's pages, after nearly 40 years. 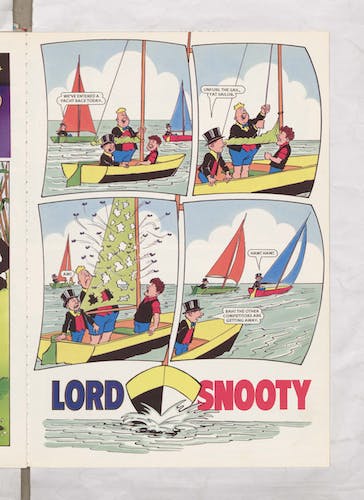 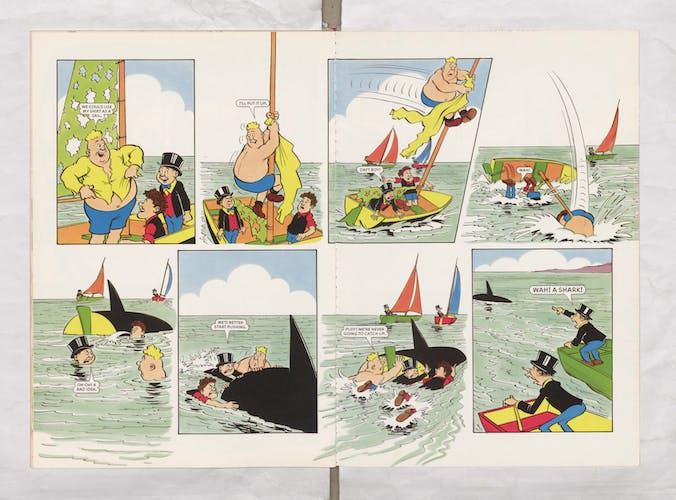 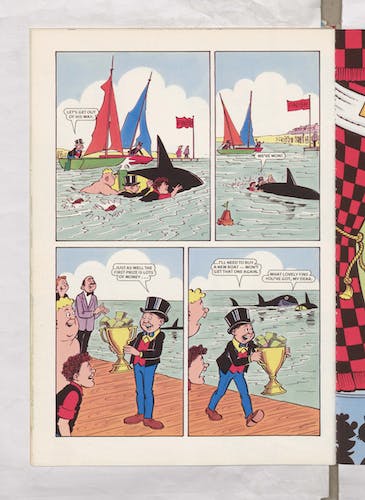