Fortnite Chapter 2 Map: Everything You Need to Know

Fortnite Chapter 2 Map: Everything You Need to Know

The new Fortnite map is here! After 10 seasons, Fortnite Chapter 1 ended with the old island being sucked into a black hole, bringing us the incredible Chapter 2 and with it a whole new island to explore. If you’re finding yourself unsure where to drop and what there is to find, don’t worry, we’ve got you covered. Here is everything you need to know about the Fortnite Chapter 2 map, right here:

Why is my Fortnite Chapter 2 Map Greyed Out?

So if you’ve just turned on Chapter 2 you might be reading this and thinking “What map? Mine's all grey.” That’s because your first job when you land is to reveal the map by visiting the question marks that you’ll see dotted around. When you reach an area your mini map with fill with colour and the name of the location will be revealed. Oh and you’ll also be rewarded with a nice chunk of XP. Mmmm. Yes please. 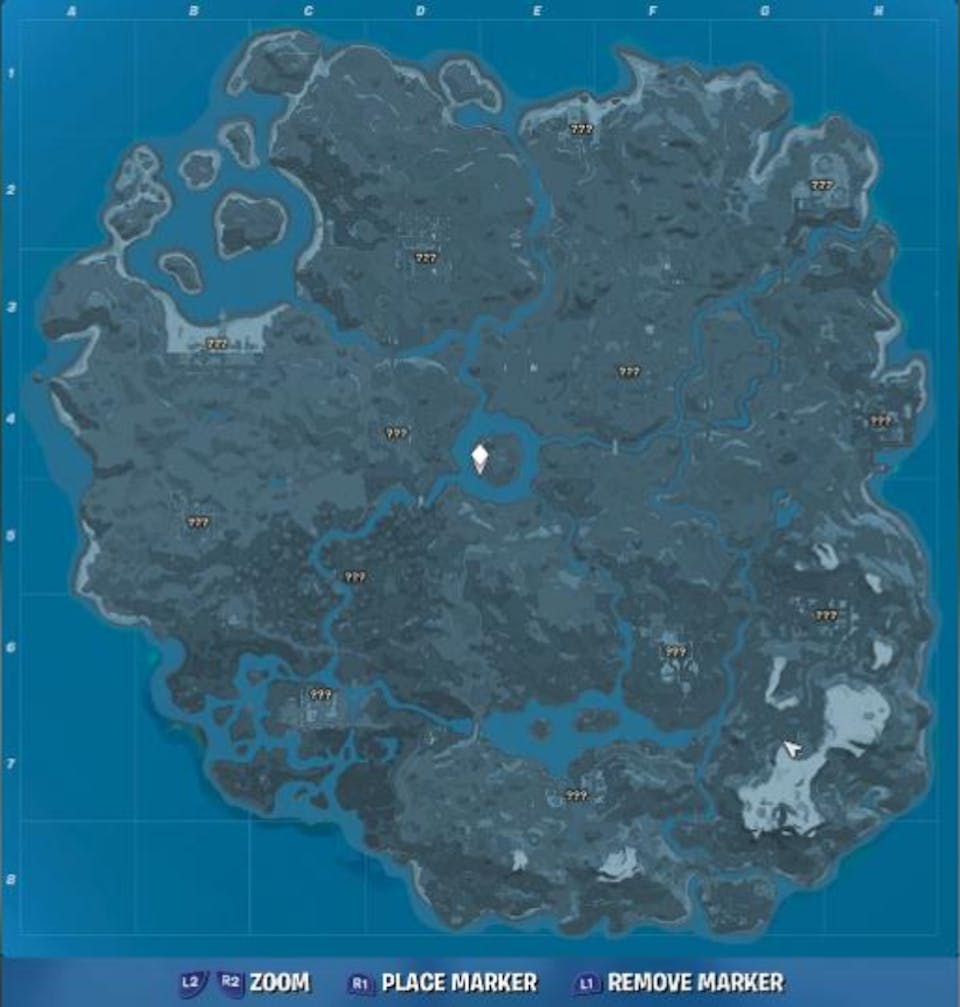 What Does the New Fornite Chapter 2 Map Look Like?

At a glance the new map might look at lot like the old one. It’s an island after all. But look closer and you’ll see the new map is a lot of areas divided by rivers and streams, which you will, at times, have to swim through (yes, you can swim now!). It’s also a lot greener than Chapter 1’s Season 10. Gone is the sprawling ice of Polar Peaks and the desert of Paradise Palms, but get ready for a lot of up hill as its seems like they’ve added a lot more mountains. 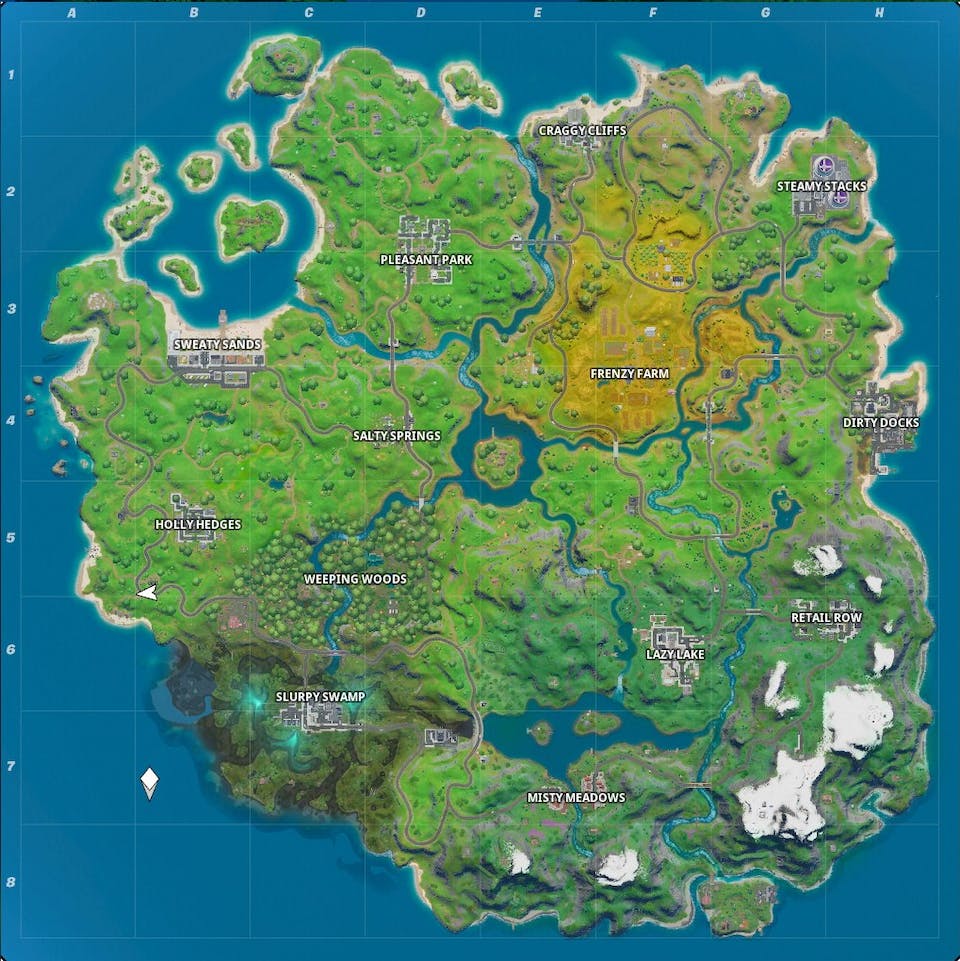 How Many Areas Are There in Fortnite Chapter 2?

There are thirteen areas on the new map. There are ten new areas in total, from the dry lands of Frenzy Farm, to the marshes of Slurpy Swamp, all the way to the, we assume quite smelly, beaches of Sweaty Sands. Other areas include: Holly Hedges, Craggy Cliffs, Steamy Stacks, Dirty Docks, Lazy Lake, Weeping Woods and Misty Meadow. Like the previous Fortnite maps each area has it’s own feel and quirks for you to discover and though it may seem big, strange and new right now, we’re confident you’ll know it like the back of your hand in no time. 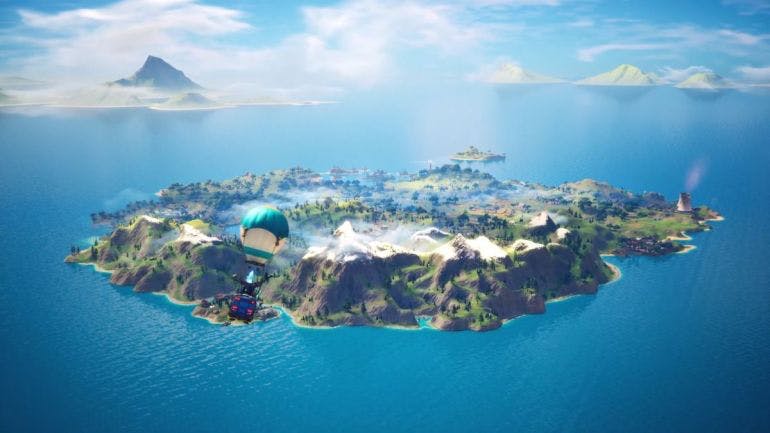 Are there any Fortnite Chapter 1 Areas in Chapter 2?

“You said there are thirteen areas, that was only ten!” we hear you cry. That’s right, well spotted. As we said there are ten new areas, but also three you know from Chapter 1. Apparently a black hole doesn’t quite suck in everything and seasoned players will be all too familiar with the returning Salty Springs, Retail Row and Pleasant Park. 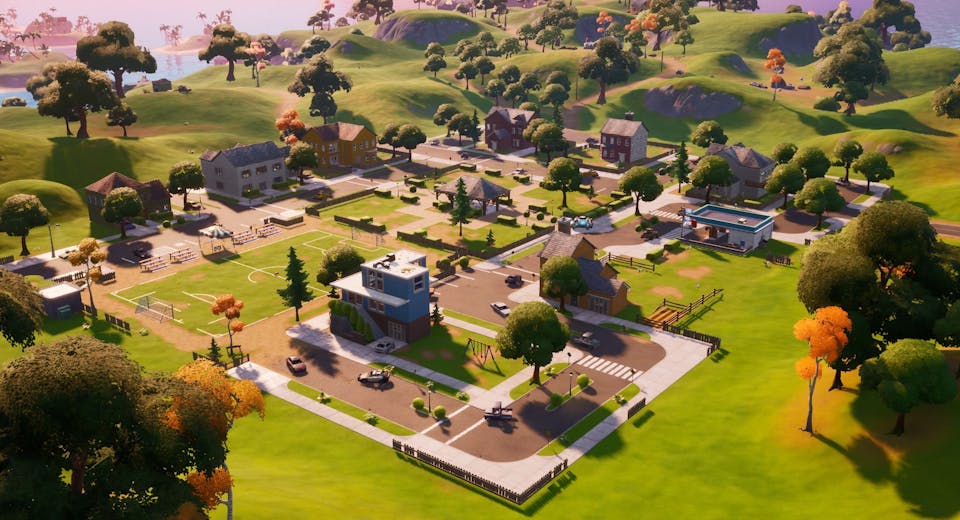 What are the Best Drop Spots In Fortnite Chapter 2?

Some things never change. Fortnite Chapter 2 already has some popular POIs to drop into. Popular because they usually have better weapons and rewards, or you can grab some quick XP. Whilst every area has its own perks, we’ve noticed a lot of people landing at Slurpy Swamp, possibly to do with its range of cover and numerous shields and health. Dirty Docks seems to attract people looking for chests and loot. Finally Lazy Lake seems to attract A LOT of players in general, if you land here expect to be running for high ground fast before someone picks you off. 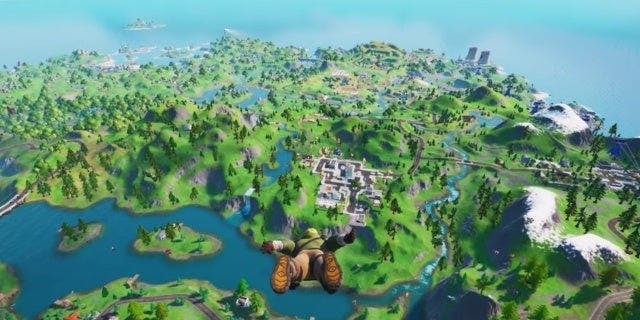 Where is the Best Loot in Fortnite Chapter 2?

We’ve already mentioned Dirty Docks, but if you’re looking to score loot quite quickly Holly Hedges has a lot. You won’t have to look long to find something good. It also has a lot of materials for you to gather. The downside of course is that this means there’s a lot of people landing here, so expect a little bit of a fight. If you’re new to Fortnite this might not be the best spot for you, try Craggy Cliffs instead. It has a good share of loot too but a lot less people. We also recommend looking in Retail Row and having a dig around in Sweaty Sands as it has loot buried in the sand. Just remember to pack your deodorant. 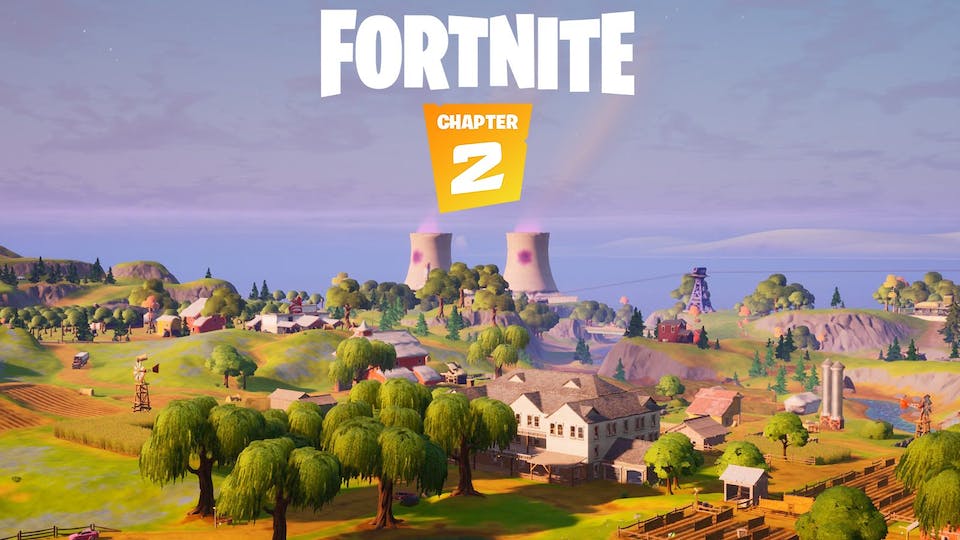 Where is the best Place to Heal?

No one likes getting hurt. Whether you’re a noob getting to grips with the game or a seasoned pro who hates taken damage Slurpy Swamp is THE POI for you. The place is packed with juice and we don’t just mean healing loot, we mean the place itself. The glowing riverbeds, open vats and weird goo everywhere will actually heal you by just standing in it. And if that’s not enough blast open the big vats and you get an even bigger boost to your shields and health. Just remember to wash afterwards… 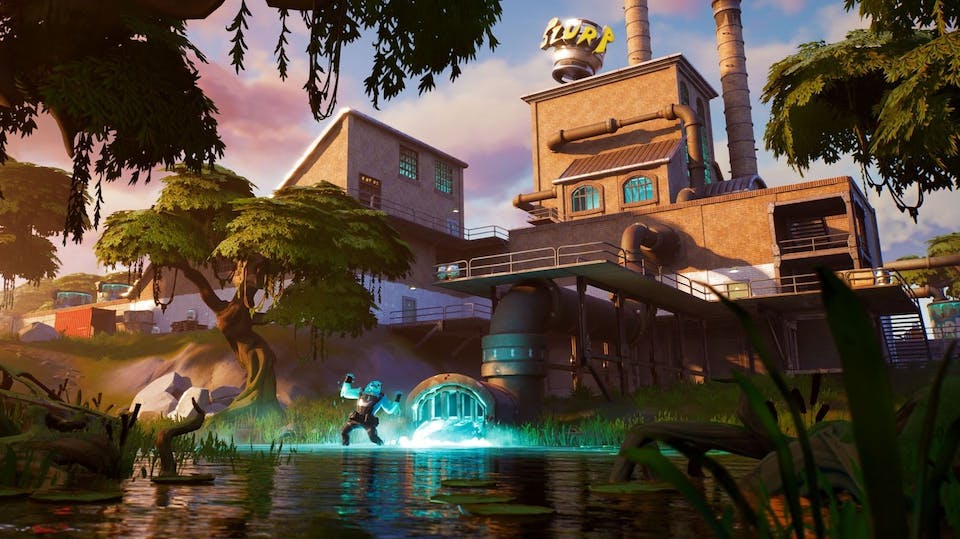 What’s the Best Way to Travel Between Areas?

It doesn’t matter what your favourite area is, the storm is always coming and sometimes you just need to get out of there fast. As ever running is a sure fire way to get places, but why run when you can boat, zip line or swim like a dolphin? That’s right Fortnite Chapter 2 has lots of ways to travel, the new driveable boats seem to be the most effective way, but you can always use the power lines as zip lines or even jump in the water and swim like a majestic dolphin. Just be careful no one uses their fishing rod to catch you.

Fortnite In 1 Minute
Fortnite Facts You Need To Know!
Fortnite Facts
Fortnite Skin Quiz
What Type of Fortnite Marauder Are You?
The Ultimate mrfreshasian Quiz!
The Ultimate Fortnite 2020 Quiz
What Fortnite Skin Are You?
Fortnite Transport Quiz!
Minecraft Facts
Fortnite Building Quiz
Ultimate Gaming Mega Quiz!
Which Video Game Character Are You?
Summer Survival: Video Game Facts
Fortnite V-Bucks Quiz!
The 2019 Fortnite Quiz!
Fortnite Chapter 2 Map Quiz!
Guess The Fortnite Season Quiz!
Fortnite Dance Quiz
Will You Master Fortnite?
Fortnite or FIFA?
Guess the Fortnite Skin by the Emoji!
Skull Trooper Falls FOREVER!
What % Loot Llama Are You?
Fruity Takes the Fruity Quiz!
Fruity's Top 5 Tips for Fortnite!
Are You More FIFA or Fortnite?
Guess the Fortnite Snowman Skin
Halloween Fortnite Make-up Hack
Could You Answer This Rewards Quiz?
Fortnite V-Bucks Quiz!
Pets in Fortnite
How to Spot a Games Rage Meltdown
Fortnite Would You Rather?
Fortnite or Minecraft?
Fortnite's Funniest Fails
How Good Are You at Fortnite?
Make a Fortnite Party Popper
Which Fortnite Dance Are You?
Football in Fortnite
Fortnite Loves Football!
Everything About the Take the L Dance!
The Best Best Mate Dances!
Everything About the Best Mates Dance!
Which Fortnite Dance Are You?