From the Archive: Bananaman 1985 - Doctor Gloom and the Sneeze Ray of Doom!

Bananaman was created for classic sister comic The Nutty, first appearing in 1980. In 1985 Eric Wimp and his fantastic banana powers jumped to The Dandy, to keep fighting crime! 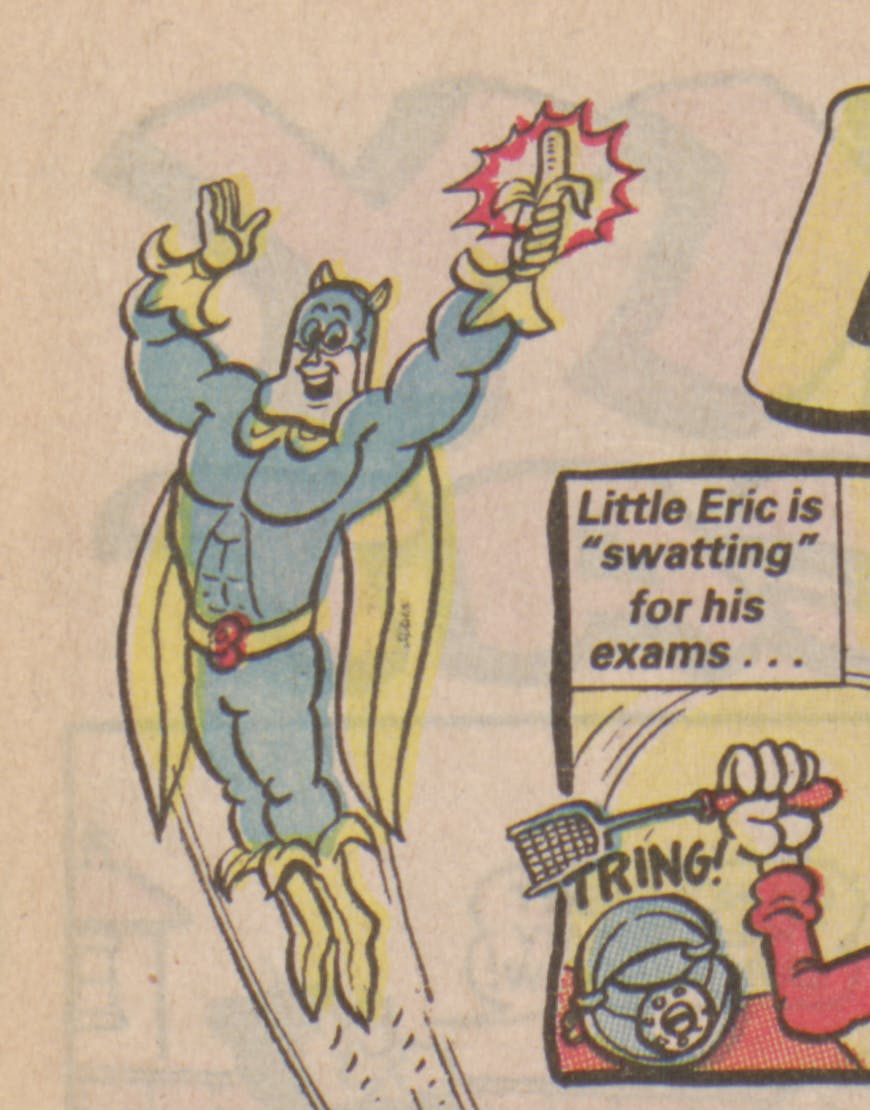 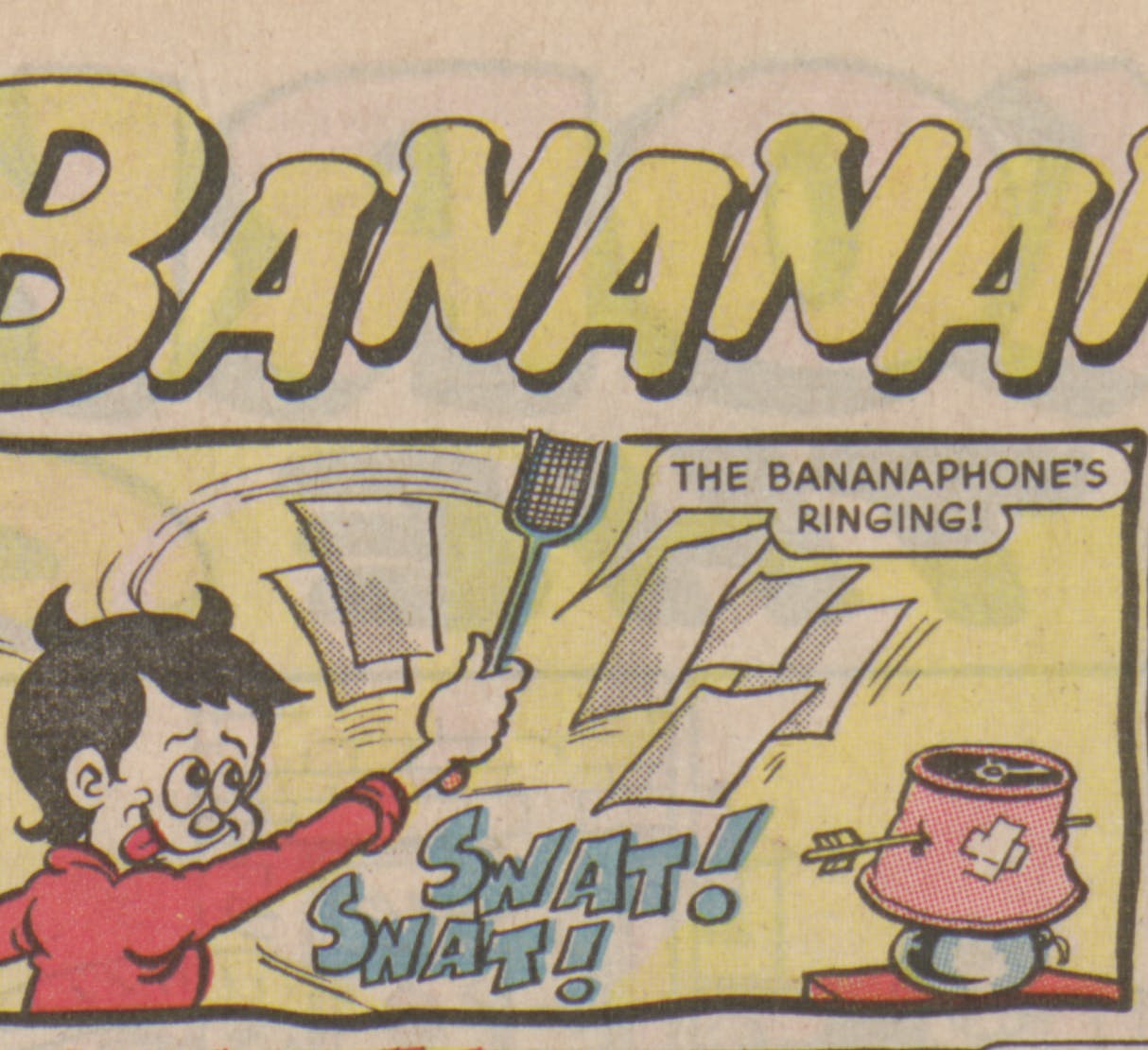 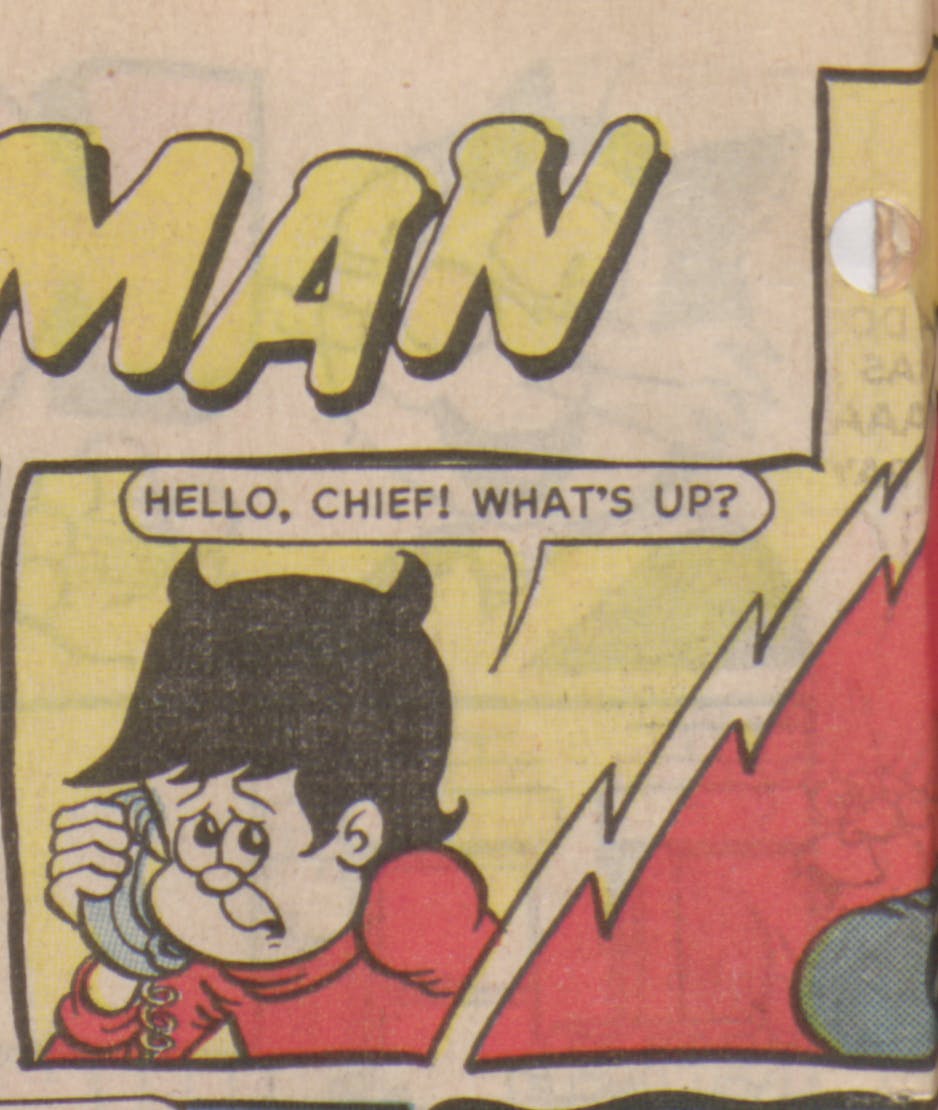 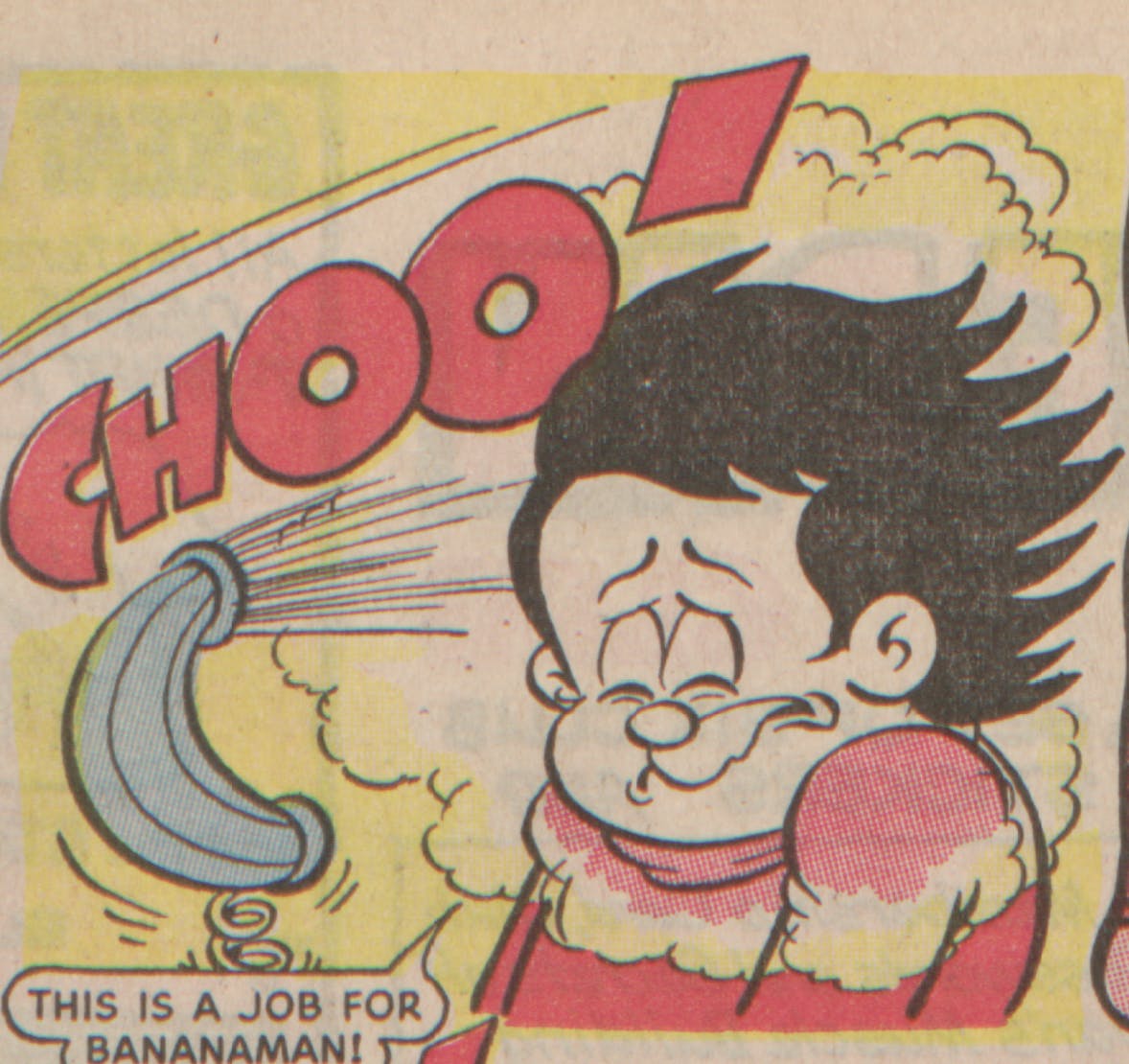 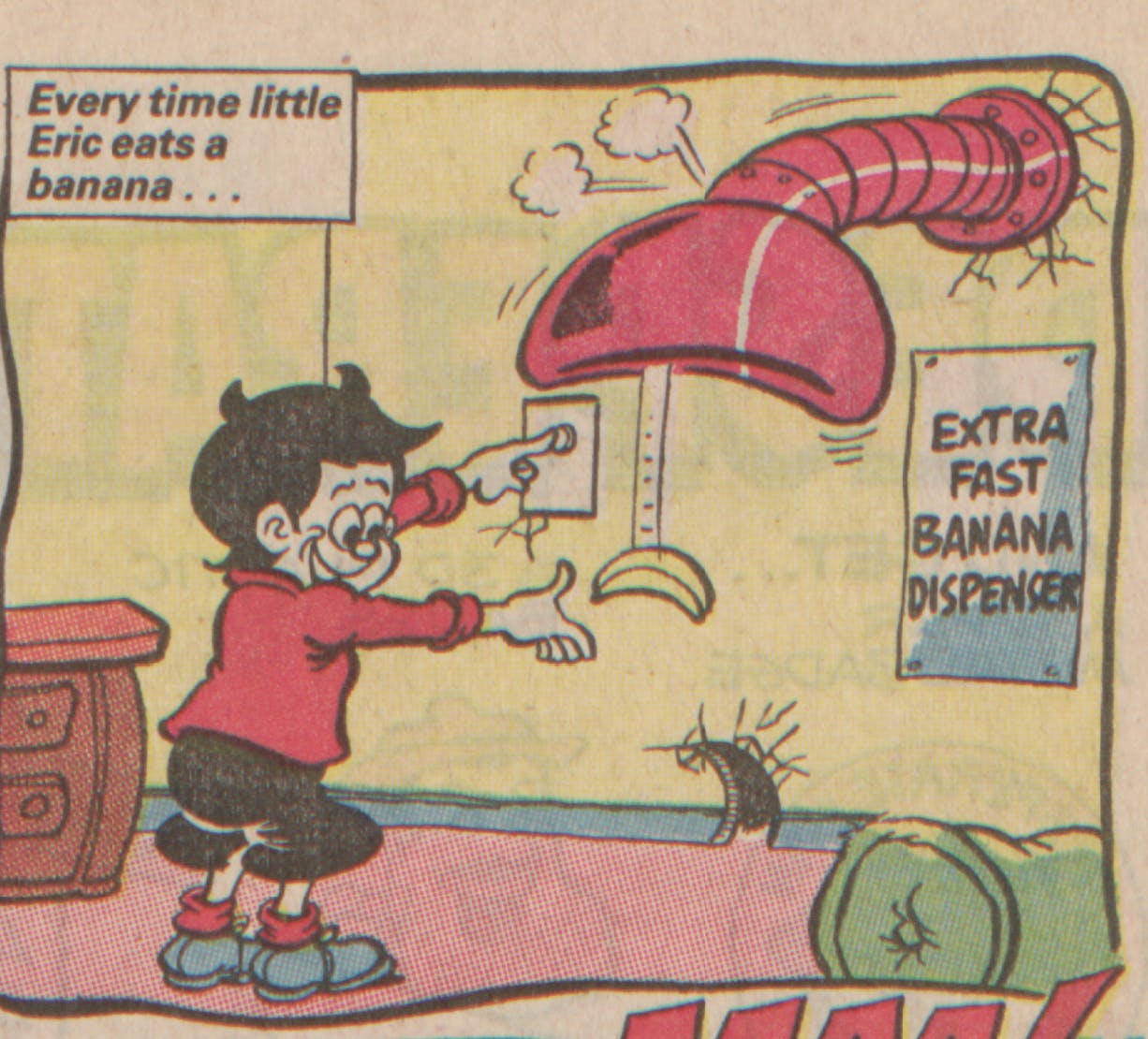 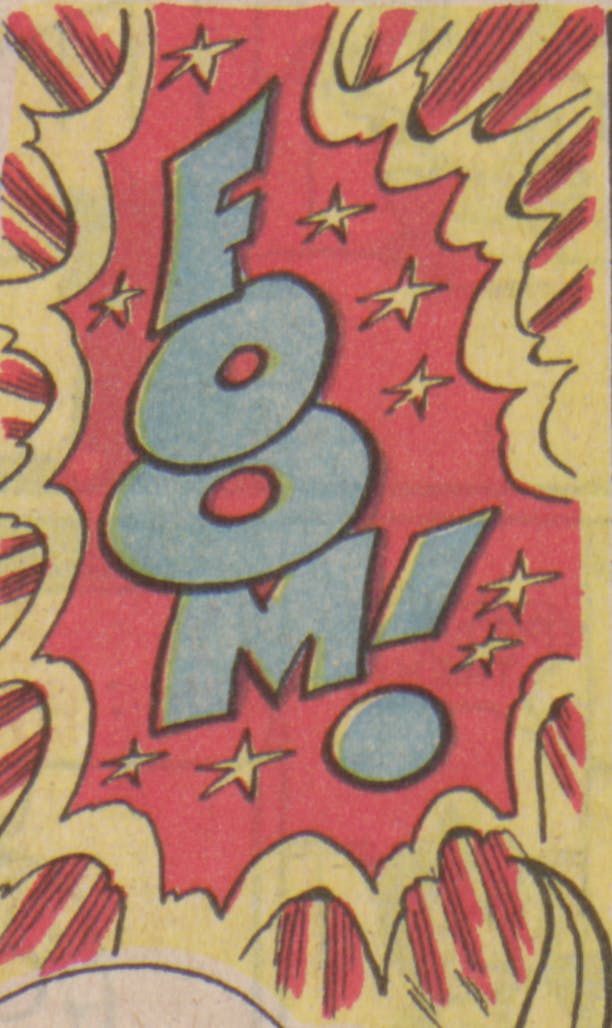 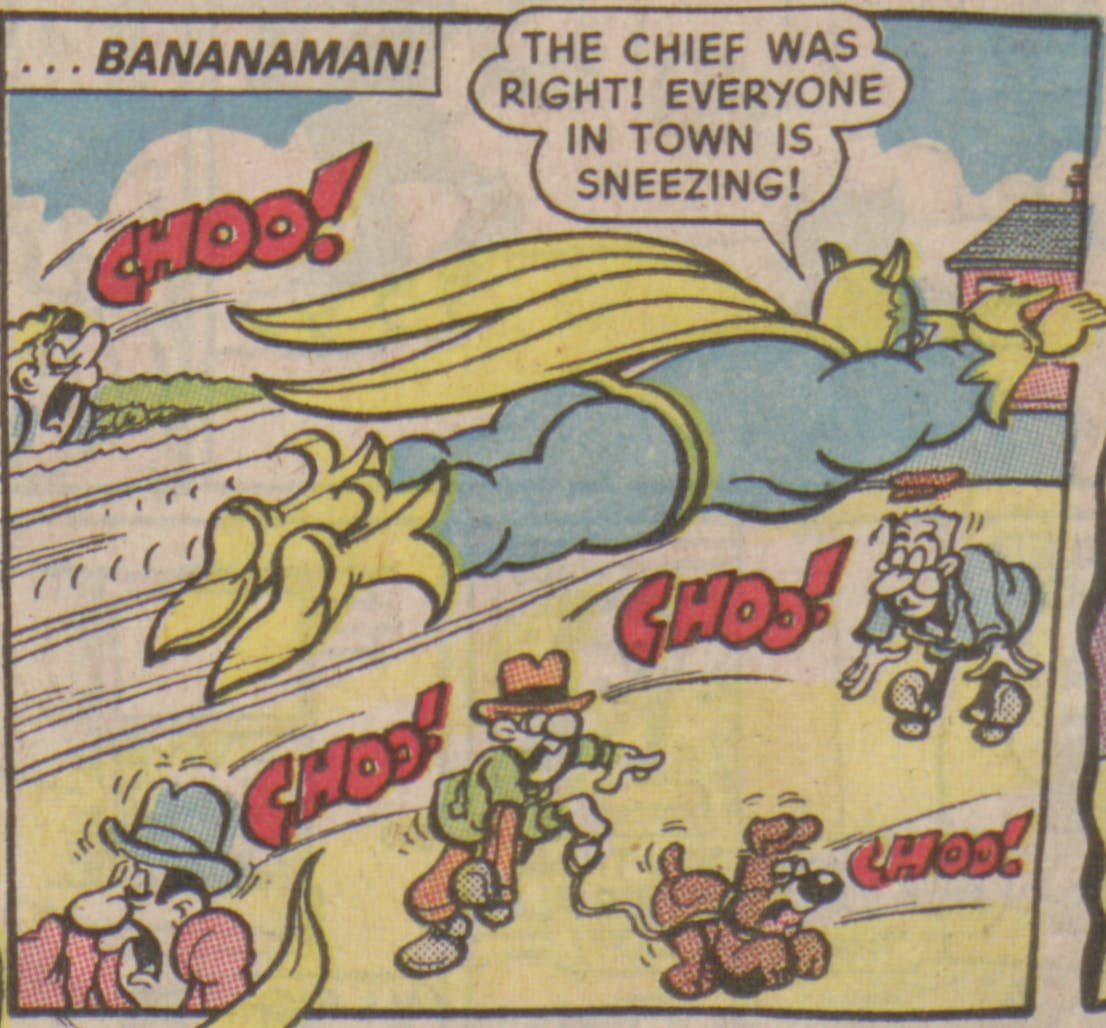 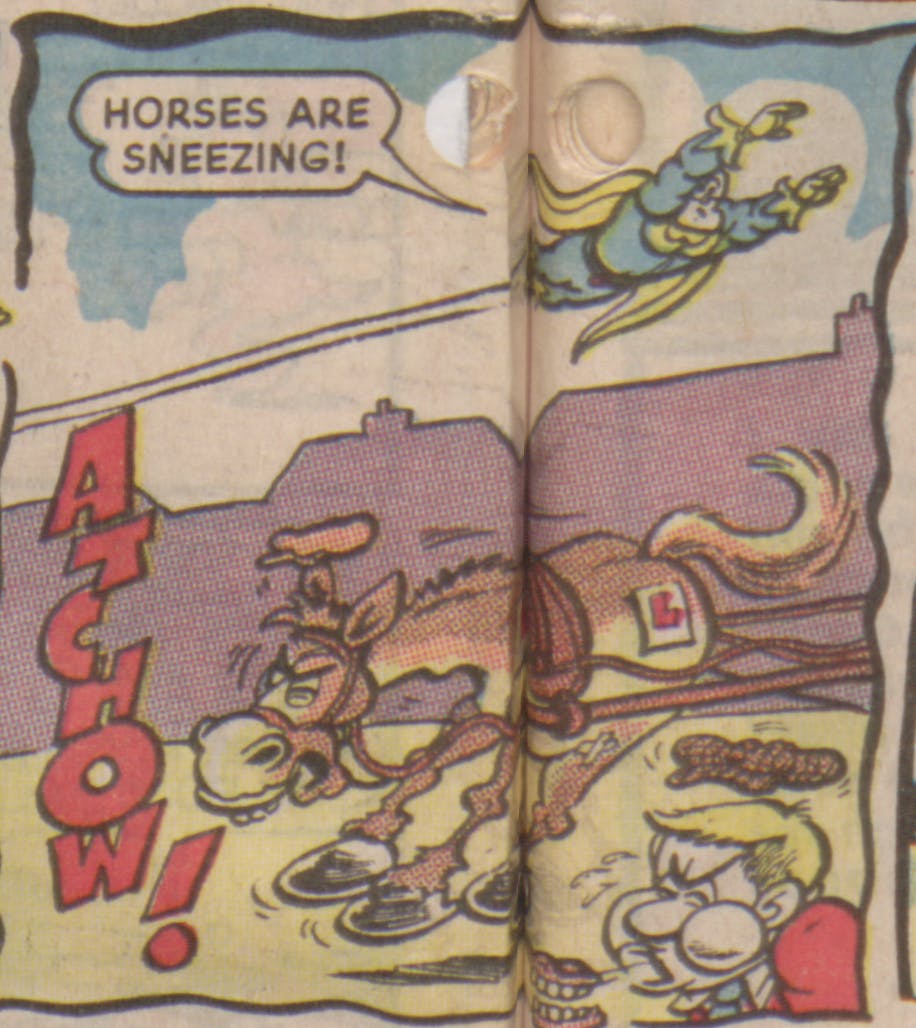 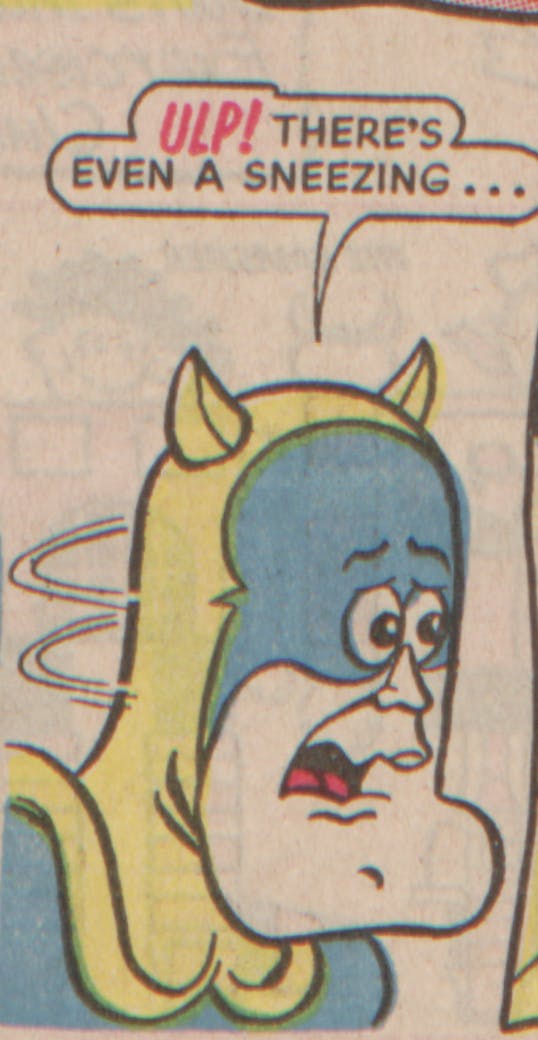 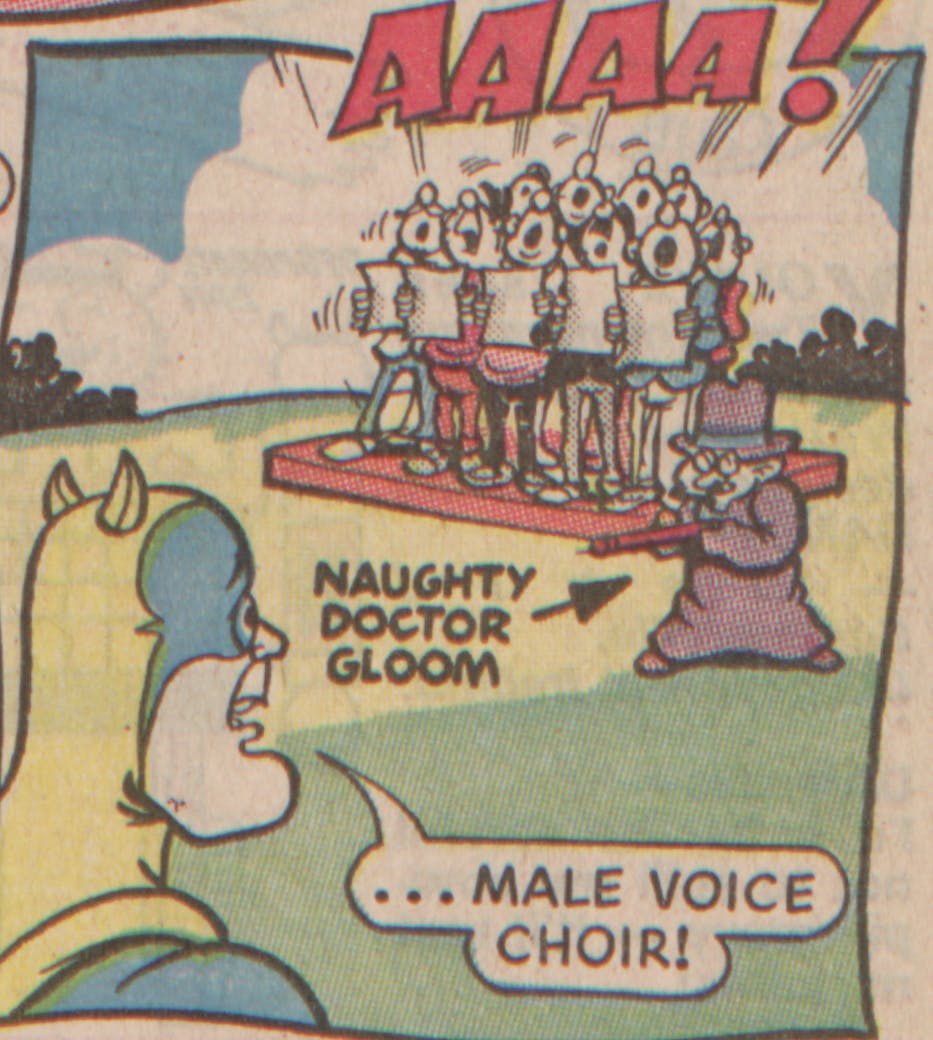 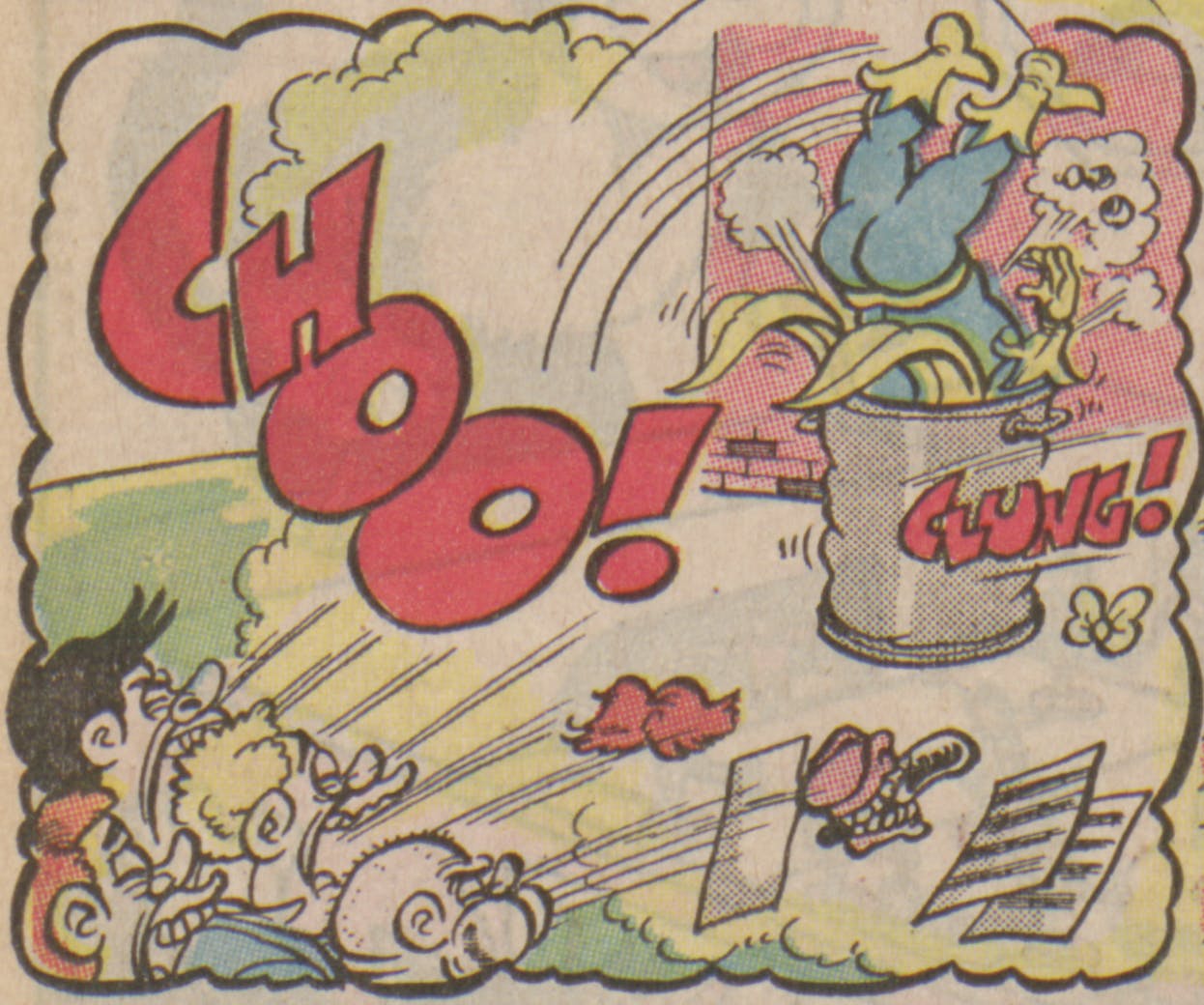 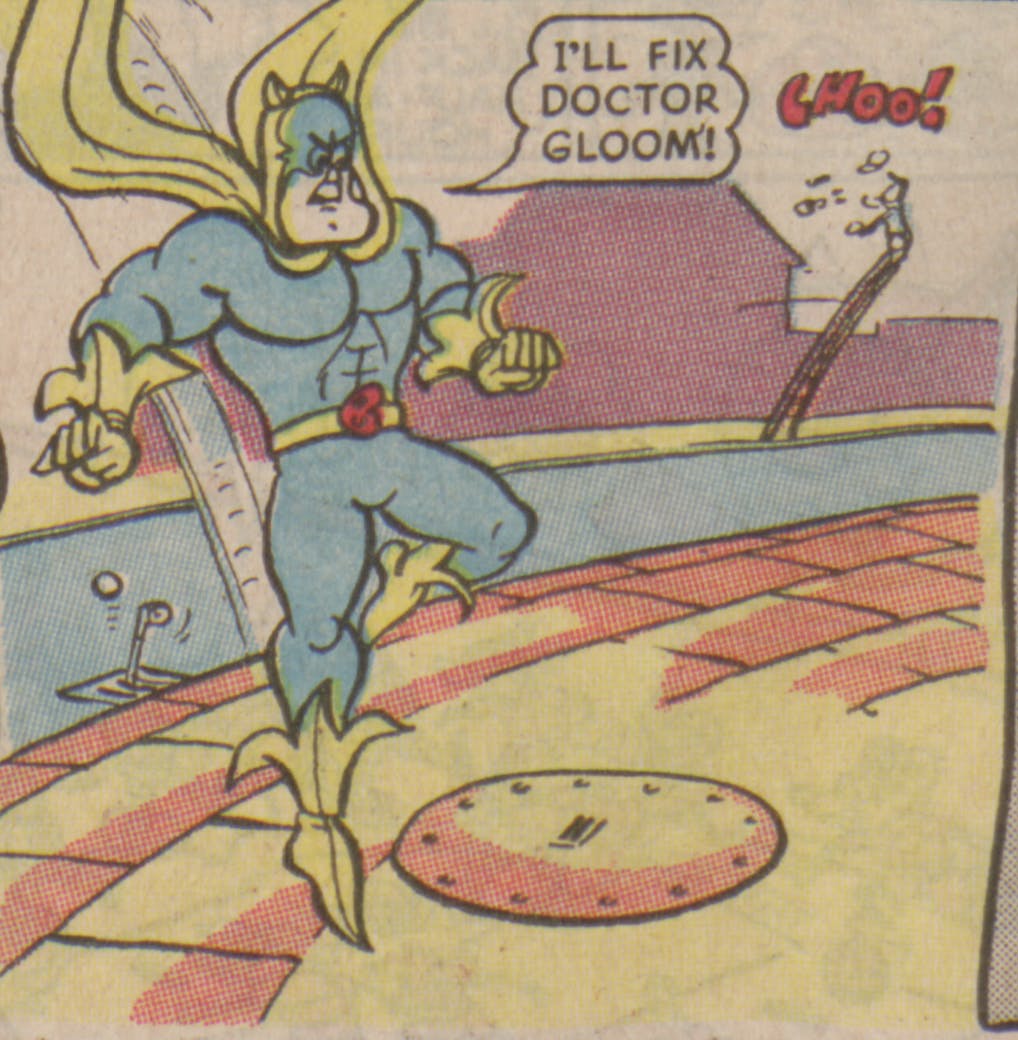 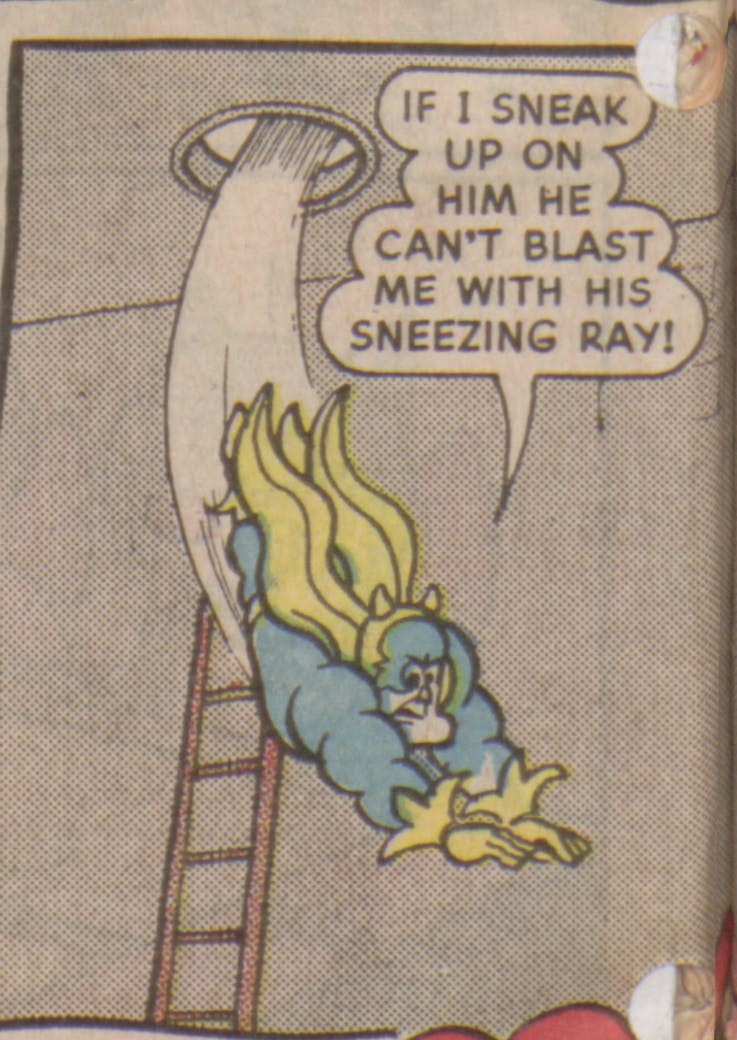 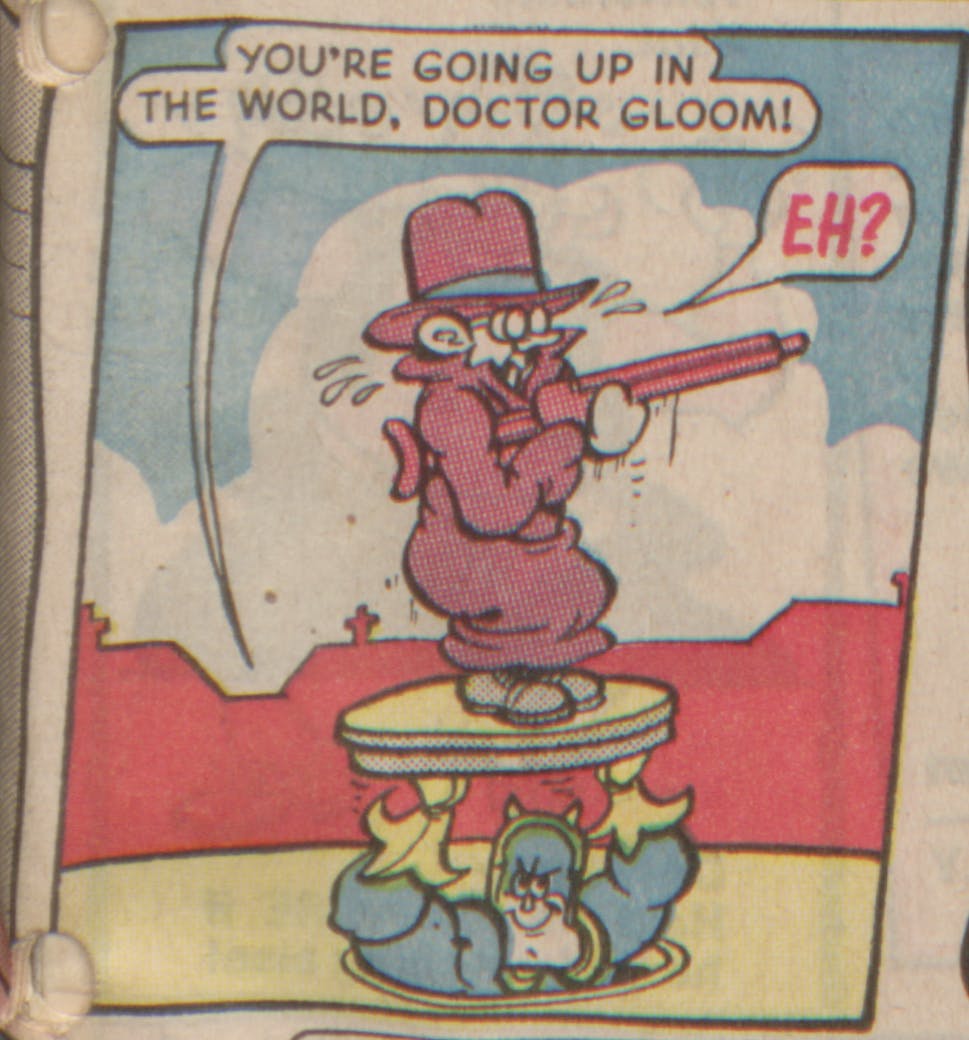 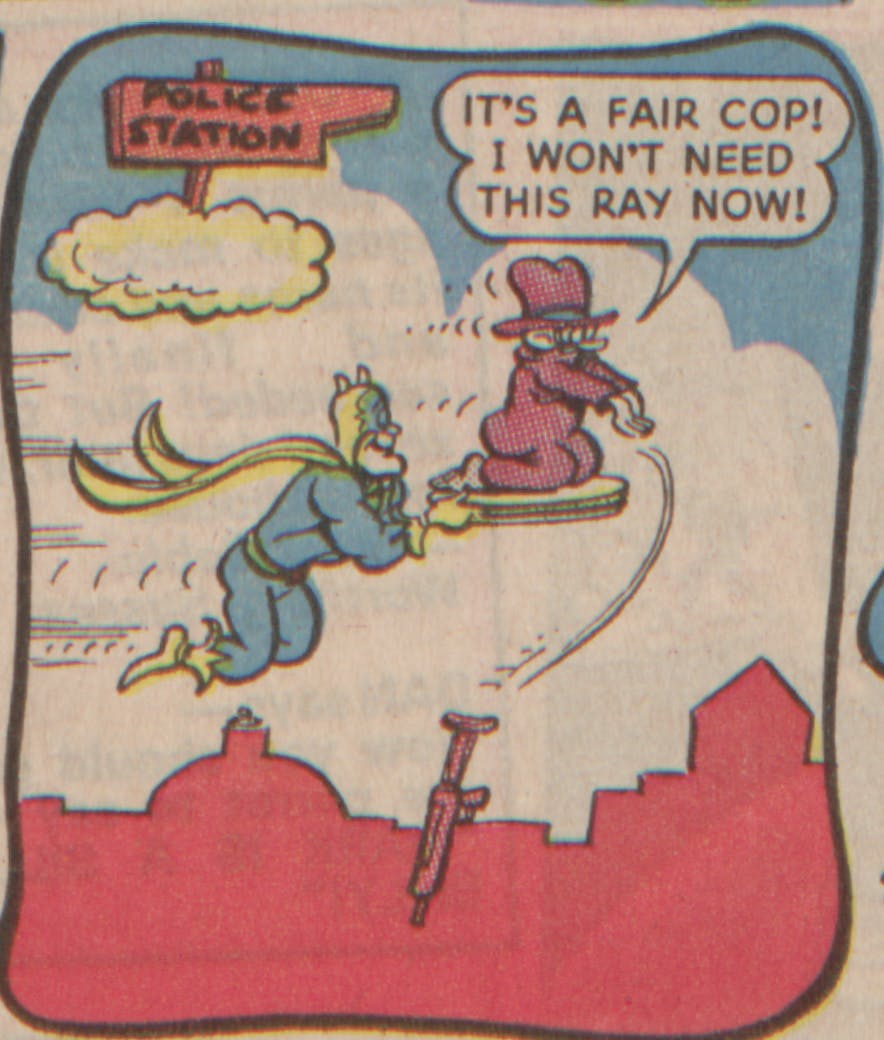 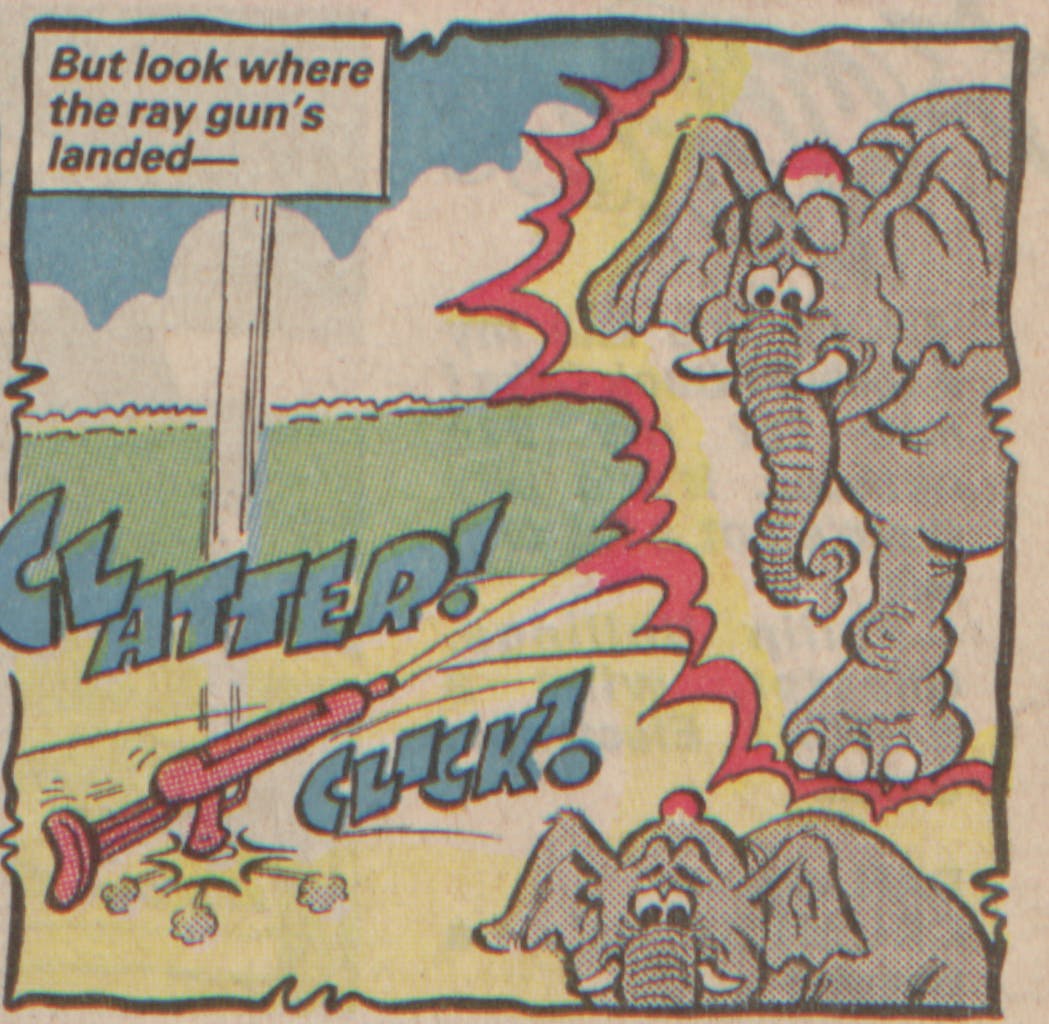 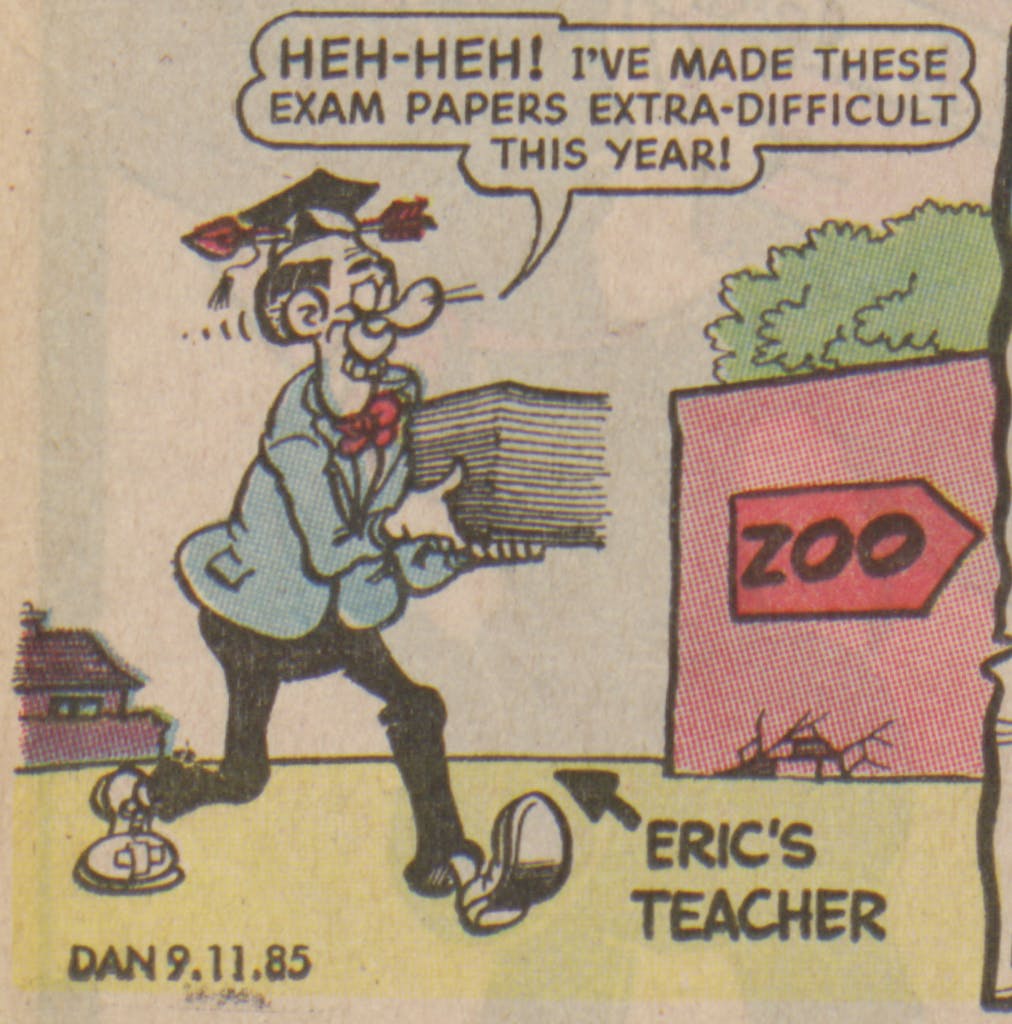 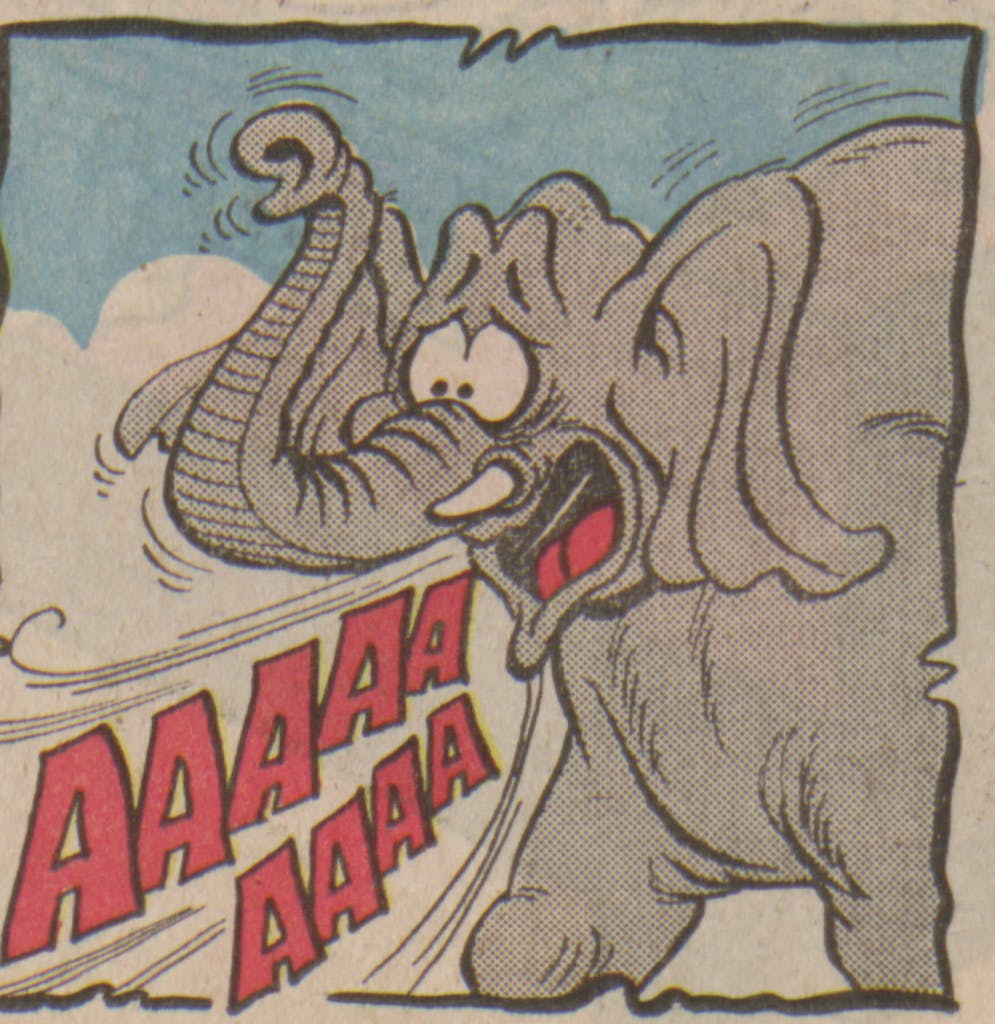 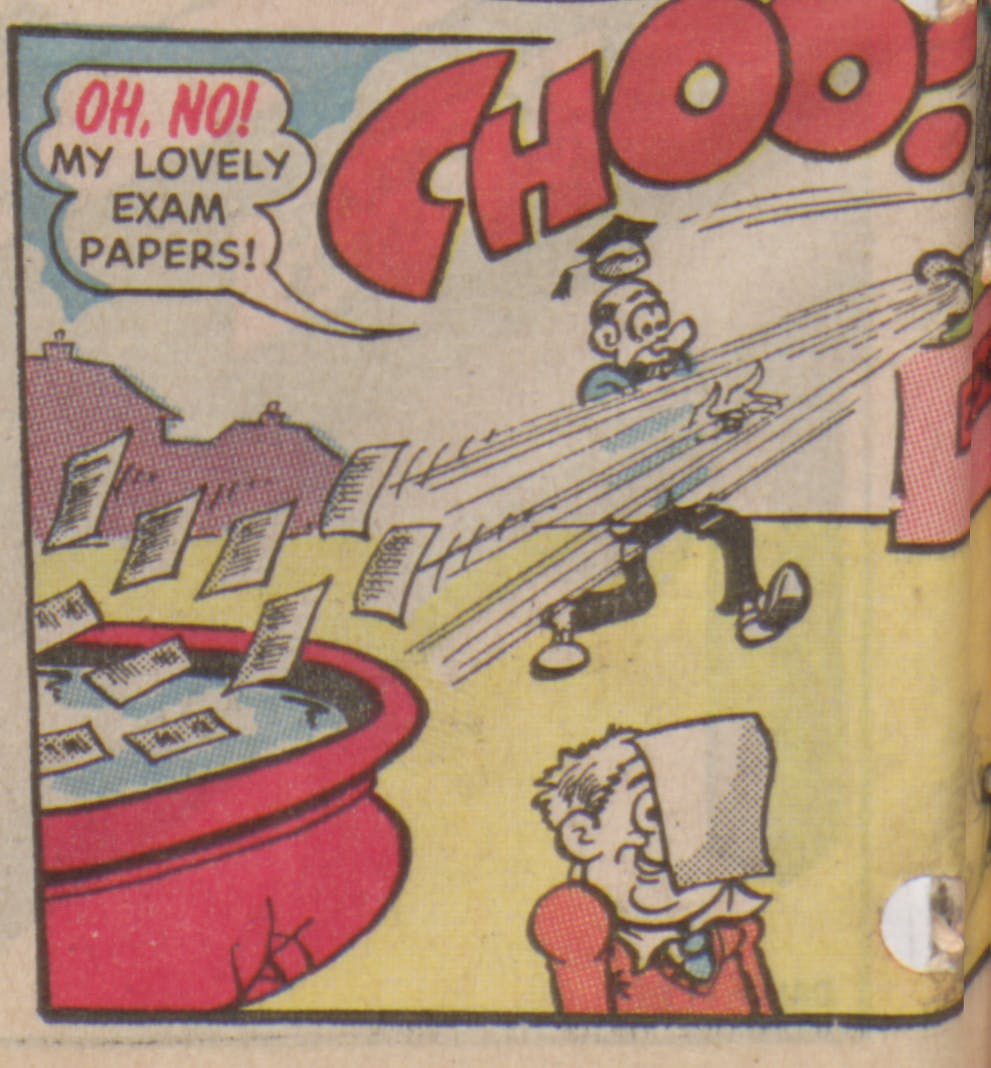 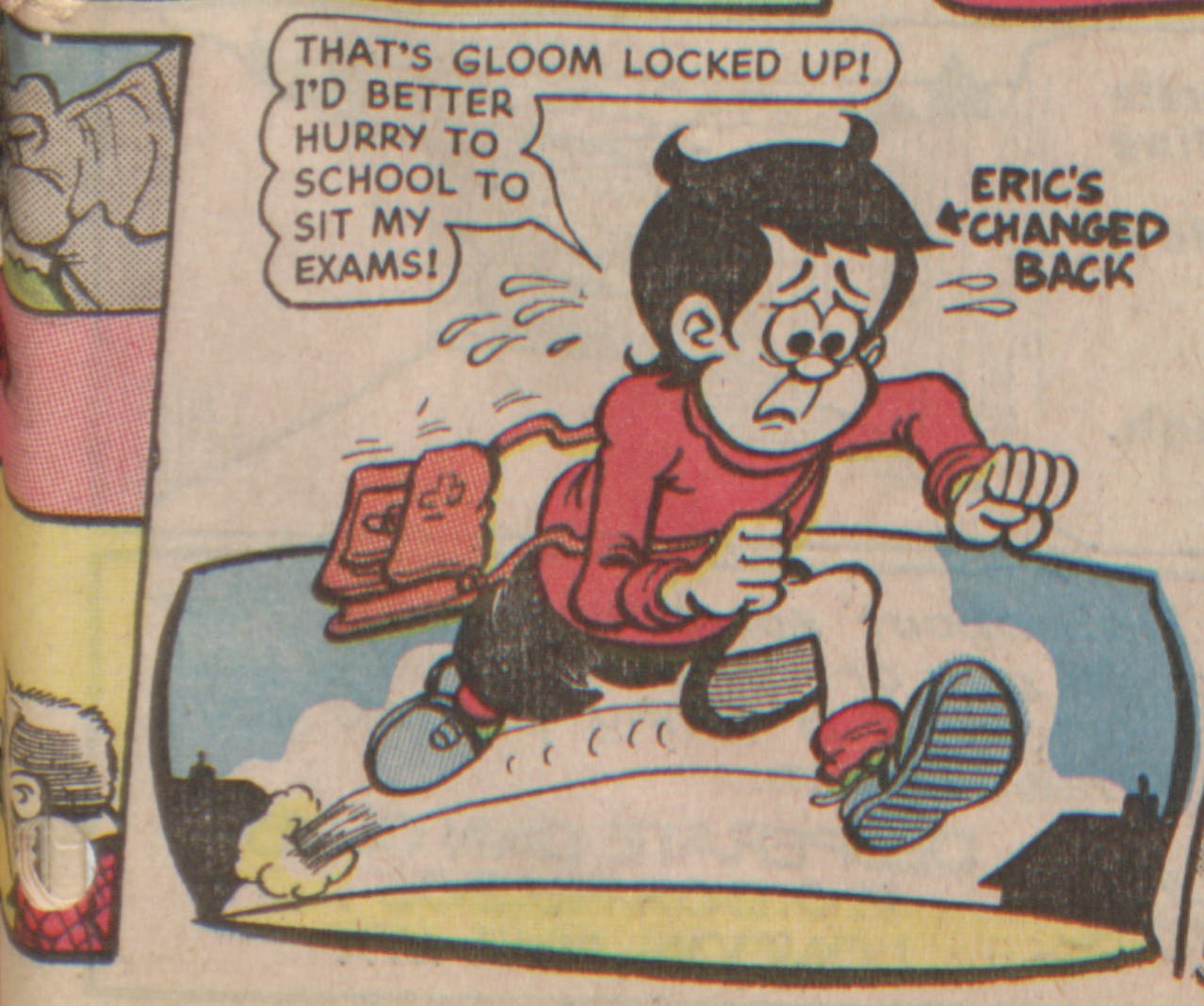 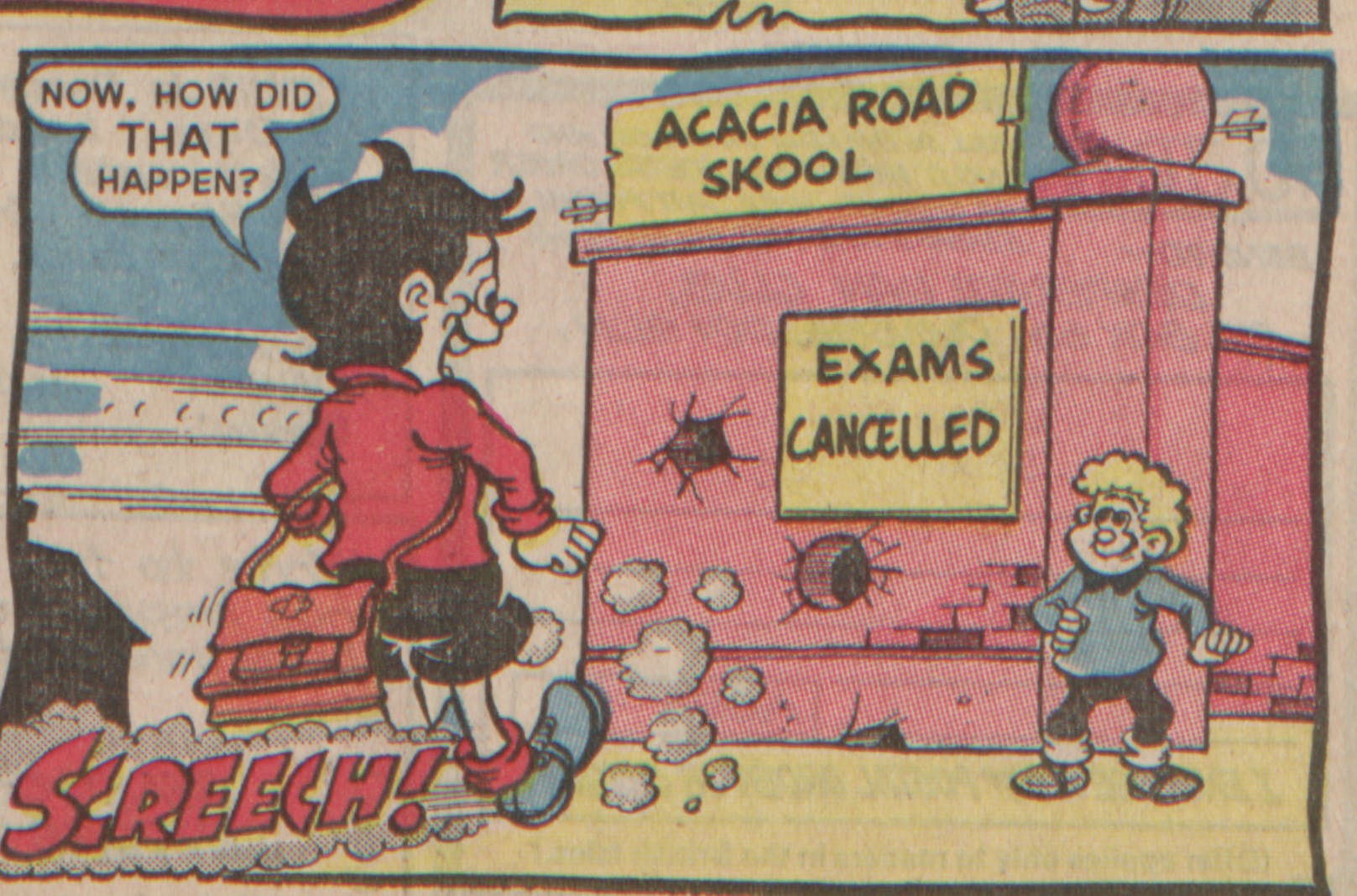 Check the out the original full page!

This double-page spread comes from 32 years ago, drawn by John Geering. Geering worked on almost every Bananaman strip for 19 years - that's almost one thousand strips! 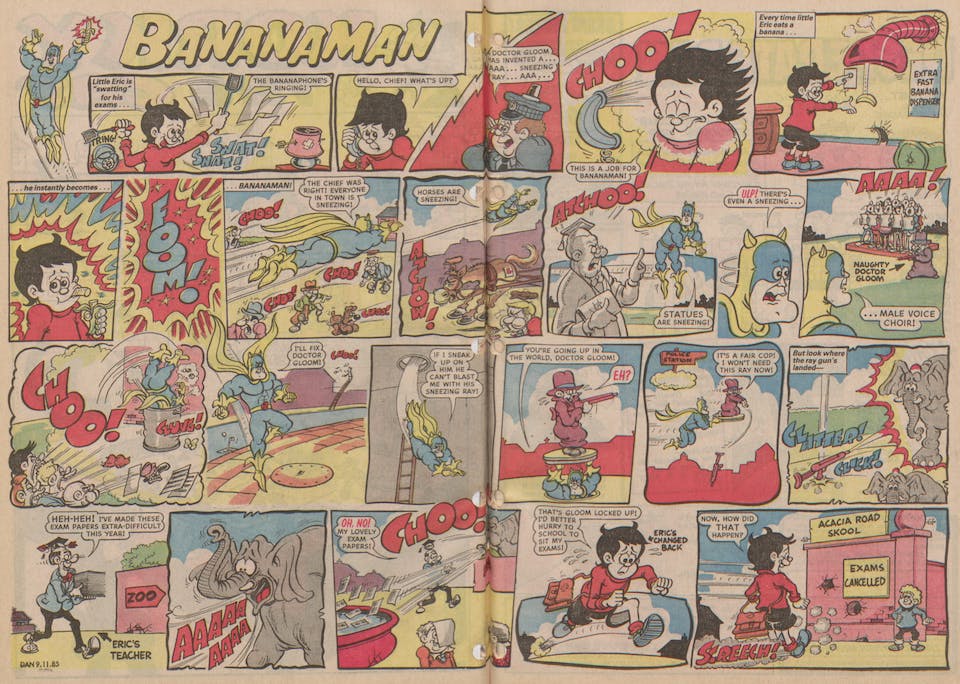