The following facts are too disgusting to believe. Here's a question for you: What do flies, Romans, vultures, cats and poo have in common? Answer: They are(or were) all so completely gross they made it into our 30 Disgusting Facts You Won't Believe Are True list. Now can you pass me the sick bucket, please?


1. A kitchen sink contains more bacteria than a toilet

When scientists discovered that a kitchen sinks contain more grossness than a toilet it caused a real stink in the hand-hygiene community. Obviously, it depends on whose kitchen sink you're talking about (and who's just used the toilet). Whatever the conditions of the experiment, always to remember to wash your hands in the toilet after using the sink (only kidding!).

When humans see a fly they instinctively shudder. It's not just because of their gross hairy bodies, spindly legs and boggly insect eyes either. Flies eat poo and carry dangerous bacteria including typhoid and dysentery on their insecty bodies. But let's not give them too much of a hard time. Somebodies got to eat the poo, right? Otherwise they'd be a lot of poo!


3. Flies eat poo and then land on your food

Yup there’s more grossness to flies than just poo eating. When a fly lands on your food, it vomits a lovely mix of saliva and enzymes to break it down into mush. Then they lap up the grossness with their tongue. Poo remnants they had around their chops can mix with the food on your plate. No, Mrs Fly! You can NOT come to dinner.

Finally, unlike cuter animals, who nest in warm and cosy places - think hedgehogs or chickens - flies prefer a much grosser place to raise their babies. These gross, six-legged vomit-creatures actually lay their eggs on dead flesh to hatch maggots. That means that raw beef-burger your Dad hasn't burnt on the barbecue yet... Let's just say, maybe let it go a hungry sibling.

5. Poo gets on phones

A recent study found that one out of every six mobile phones has faecal matter (also known as poo) squished on it. Scientists reckon it's most likely because people aren't washing their hands after going to the toilet. And that thing we mentioned about washing your hands in the toilet after using a sink... PLEASE DON'T REALLY DO THAT.

6. Vultures purposely poo on themselves

Vultures are not only disgusting because they eat the rotting bodies of slain animals and have weird wrinkly heads and cold, dead eyes. Did you know that when a vulture is hot, they cool off by pooing down their own legs. The poo actually lowers the vultures body temperature by protecting it's scaled legs from the desert sun. Lovely! Next time your grown-up is asking you to put suncream on, don't complain.

7. Famous author kept her husband's heart after he died

Author Mary Shelley kept her dead husband’s heart in her writing desk! Apparently, a rare condition meant the poor chap's heart remained unburnt after his cremation, and rather than bury it, Mary Shelley decided to keep it in a drawer. If only there had been some sort of clue that the author of Frankenstein was a bit creepy. Historian's say that rumours that she used the heart as an eraser are unfounded.

8. You probably have eyelash mites

Animals are resourceful. They've colonised almost every habitat known to mankind. Some of these habitats are far away from human civilisation, like the Mariana Trench or Swanage. Others are closer to home. To cut to the chase, you have loads of mites living in your eyelashes. Blink and you'll miss them.

Sweating helps the body regulate heat. When we sweat it helps the body cool down so it's no wonder we sweat loads in bed, when we are wrapped up snug and warm. But did you know that a human can produce 26 gallons of sweat in bed every year. It's just one of the reasons why you need to change your sheets more regularly. Yes, we are talking to you. Goodnight and Sweat dreams.

10. Mouse-brain toothpaste was a thing

The Romans were gross. Not only did they forcibly impose their imperial might across the world but they also used powdered mouse brains for toothpaste! What did the Roman's do for us? They gave us mouse breath. In the words of Julius Caesar, I came, I saw, I conquered brushed my teeth with gross stuff.

11. Wee mouthwash was a thing

Talking of Roman dental hygiene, it wasn't just mice that were used to keep the Roman's mouths fresh and zingy. The Romans also used human urine imported from Portugal as a mouthwash. Probably to get rid of the taste of mouse brain! Basically the Romans were gross.

12. Maggots get squashed in fruit juice

Do you like a hint of maggot in your apple juice? I bet you didn't realise that in the USA, canned fruit juices can contain four squashed maggots per litre before they are obliged to add the word maggot onto the ingredients list. At least you're getting some extra protein!

Some flowers smell like rotting meat to attract flies! The flies are either used to pollinate the flowers or - sadly for the fly - are trapped by carnivorous plant species to provide energy for the flower. There's an important lesson here for flies: Don't be so gross. And here's a top tip for you: Avoid these flowers on Mother's Day!

14. Frogs can vomit their entire stomach inside out

When it needs to vomit, a frog's entire stomach spews out and dangles from its mouth. The frog then cleans the contents of the stomach with its cute little hands then swallows it back down again. Disney decided to cut that scene from the Frog Princess otherwise it would have been an 18.

In the USA, the legal limit of rodent hairs that can be found in peanut butter is 5 per 100 grams. The real question here is why do peanut butter factories allow rat barbers to operate on their factory floor?

According to ancient hieroglyphics and some dubiously researched websites, Ancient Egyptians crushed a pig’s eye and poured the goo into a patient’s ears to cure blindness. That fact was so disgusting a little bit of vomit came up. Definitely should've gone to Specsavers!

Human beings can shed up to 40 pounds of skin in their lifetimes. That's enough skin cells to dust a hundred donuts with something that looks suspiciously close to icing sugar but tastes completely different. Anyway, next time you're brushing the dust of a dropped ham sandwich before taking a bite...

Snot or mucous is one of the bodies multi-purpose ways of protection. Not only does it stop dust (see above) being breathed in but it also helps fights infection. Even when they are not ill, humans can produce 1 litre of snot every day. Do you need to borrow a tissue?

We all know that viruses and bogies can be passed on through the explosive clearance of facial holes in a process known to Grossologists as a sneeze. Tiny particles of snot and whatever other disgusting thing you have up your nose can fly up to 30 feet through the air. If you’d borrowed that tissue, I wouldn’t have your snot in my hair!

Stuff comes out of your nose when you're ill. That's a gross fact of life. But it’s not always snot, though. There is a real condition where you can lose cerebral fluid through your nose. Luckily it’s pretty rare. Talk about a memory drain!

Slugs exist and are famous for grossness. Their slime is impossible to remove from your hands and also tastes gross (Don't ask us how we know this, we are still traumatised). Having said this, these little molluscs serve an important role in the environment, clearing up waste and helping break down dead material. So let's give these disgusting, slimemonsters a break. Note to slugs: That doesn't mean you can crawl back into our salad bowl.

22. There's a human wee stain on the moon

When you've got to go, you've got to go. Humans basically spoil everything and the moon's no different. Did you know that Buzz Aldrin was the first man to wee on it's surface. The momentous words uttered whilst relieving himself: "One giant leak for mankind!"

If cockroaches weren't disgusting enough already, did you know that they can survive for a week without their heads. Cockroaches are so durable that it's considered that even the event of a nuclear war raging across the earths surface wouldn't trouble the Earth's cockroach population. It's lucky they don't know the codes to the nuclear button or we'd all be in trouble!

Just incase it's spiked body wasn't enough of a warning to stay clear, one species of horned lizard fights off predators by shooting foul smelling blood out of its eyes and into it’s attackers mouth. That is literally the most disgusting thing we have ever heard. There's a moral to the story: DO NOT ATTACK LIZARDS.

Doctors in India removed a 6-foot-long tapeworm by pulling it out through a man’s mouth. Tape worms survive by eating the food in your gut before it gets digested. Basically, the tape worm gets bigger as you get thinner. Like we said, Doctors managed to remove the poor guy's tapeworm but not before his teacher gave him a terrible end of worm report.

Hair takes ages to break down in the human gut. This is one of the reasons it's generally considered a good idea to not eat hair at all. Another reason is because it's gross. The biggest known human hairball weighed nearly the same as a bowling ball. A BOWLING BALL. Imagine that... Or maybe don't... Bleurgh!!


27. Charles Dickens had a bookmark made from human skin

Gross expectations. Famous author Charles Dickens - the man who wrote, "A Christmas Carol" reportedly had a flap of human skin that he used as a bookmark. First Mary Shelley's husband's heart, now this. What is it about authors? They don't tell you about the disgustingness on World Book Day!

28. Cats clean their bottoms with their tongues

Cat's are sooooo cute. One of the best things about them is that they keep themselves clean. You don't even need to give them a bath (not like a stinky dog!) There's only one problem... they clean by licking themselves all over. And when I say all over, I mean ALL OVER. Even this cute cat does it. Then it licks the butter when you're not watching.

Unlike stinky dogs who have been shown to mourn their dead owners, it's been found that cats have a different approach. Researchers have discovered that should a cat's owner die, the cat will only wait a day before tucking in. That's gratitude for you!

These green abominations have always tasted like farts, but despite this remain a staple part of Christmas Dinner, bringing a blot to the otherwise perfect day of present-recieving, constant snacking, and playing on your new Xbox. Have an unhappy Christmas! 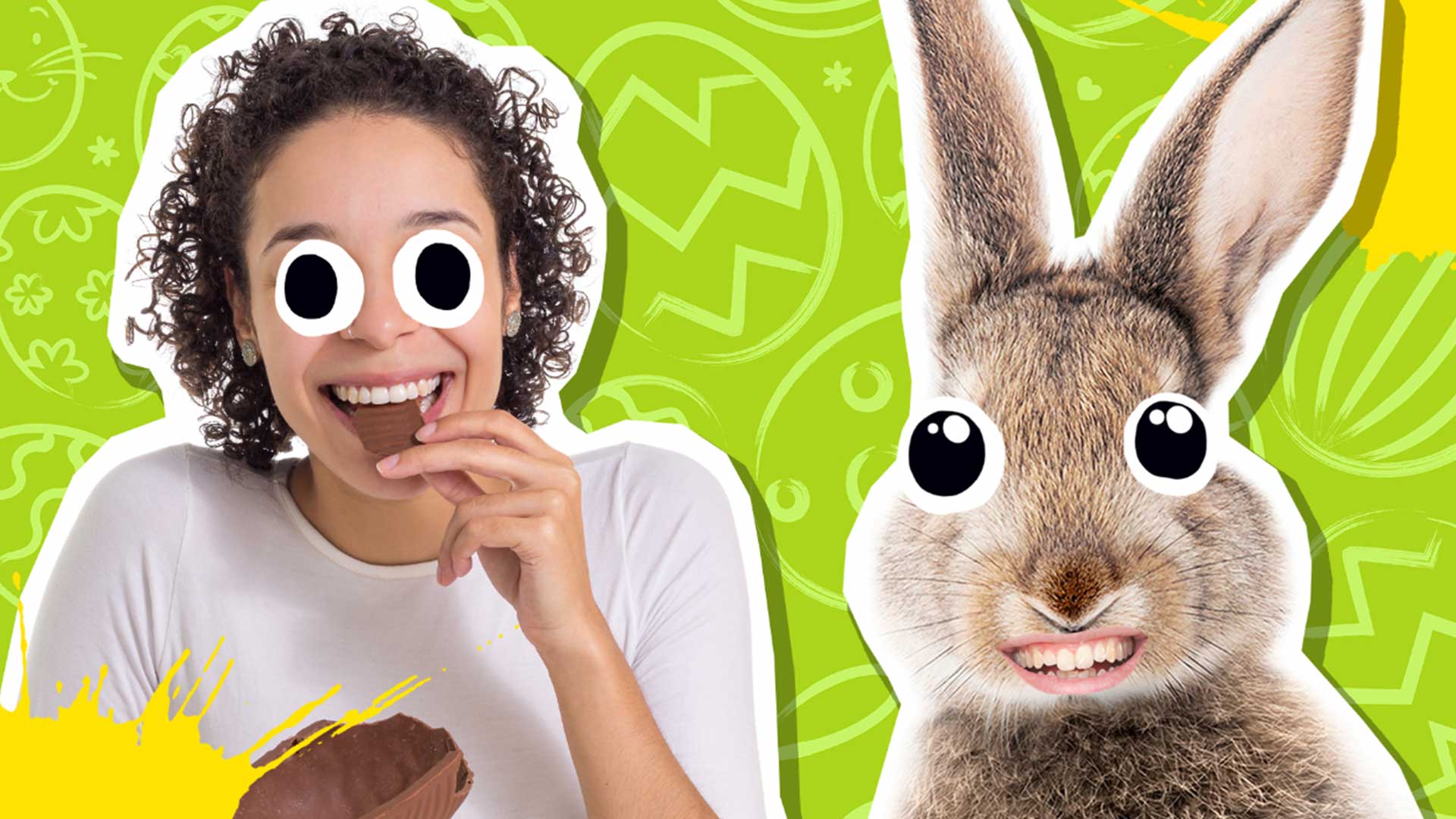 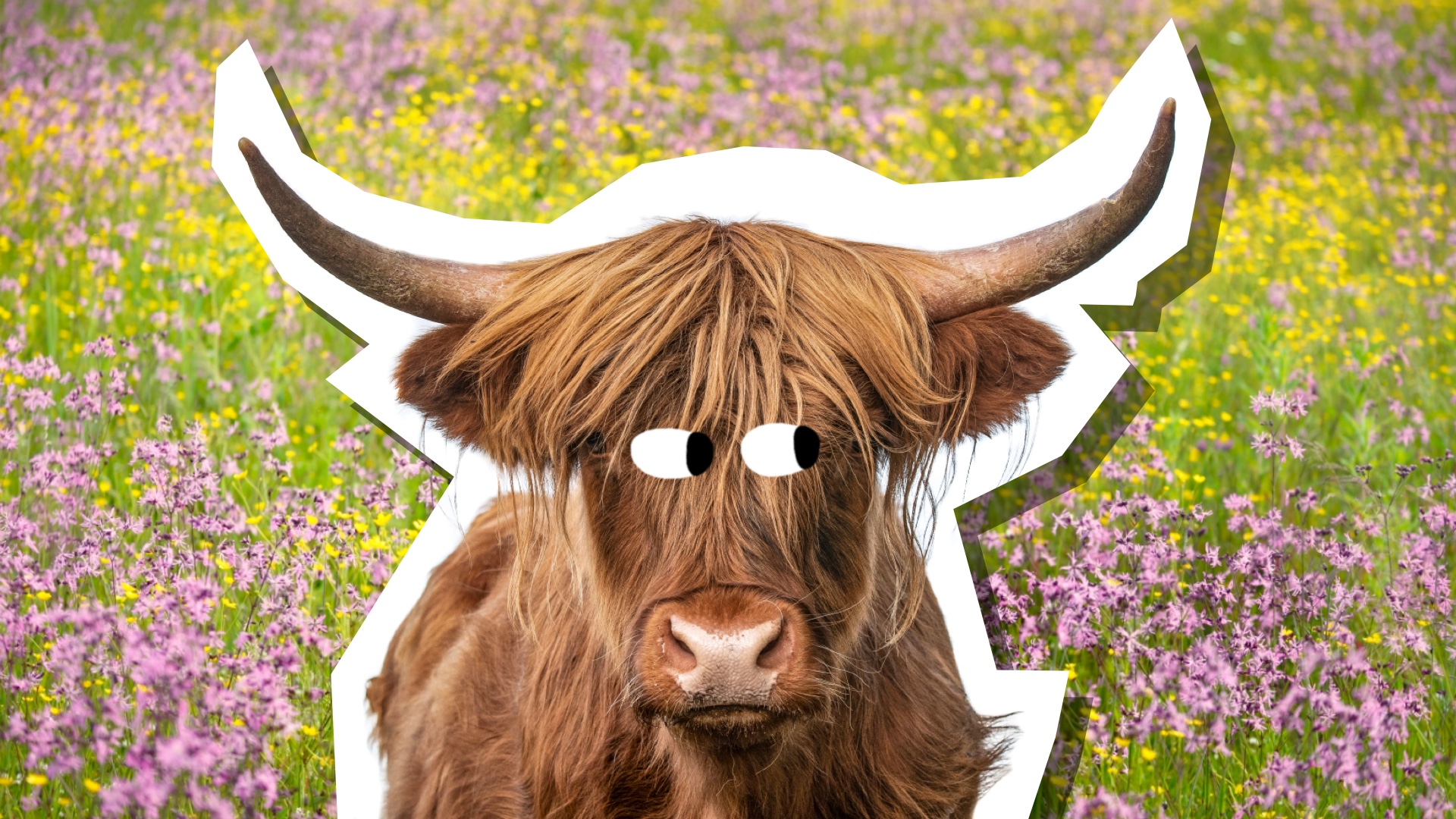 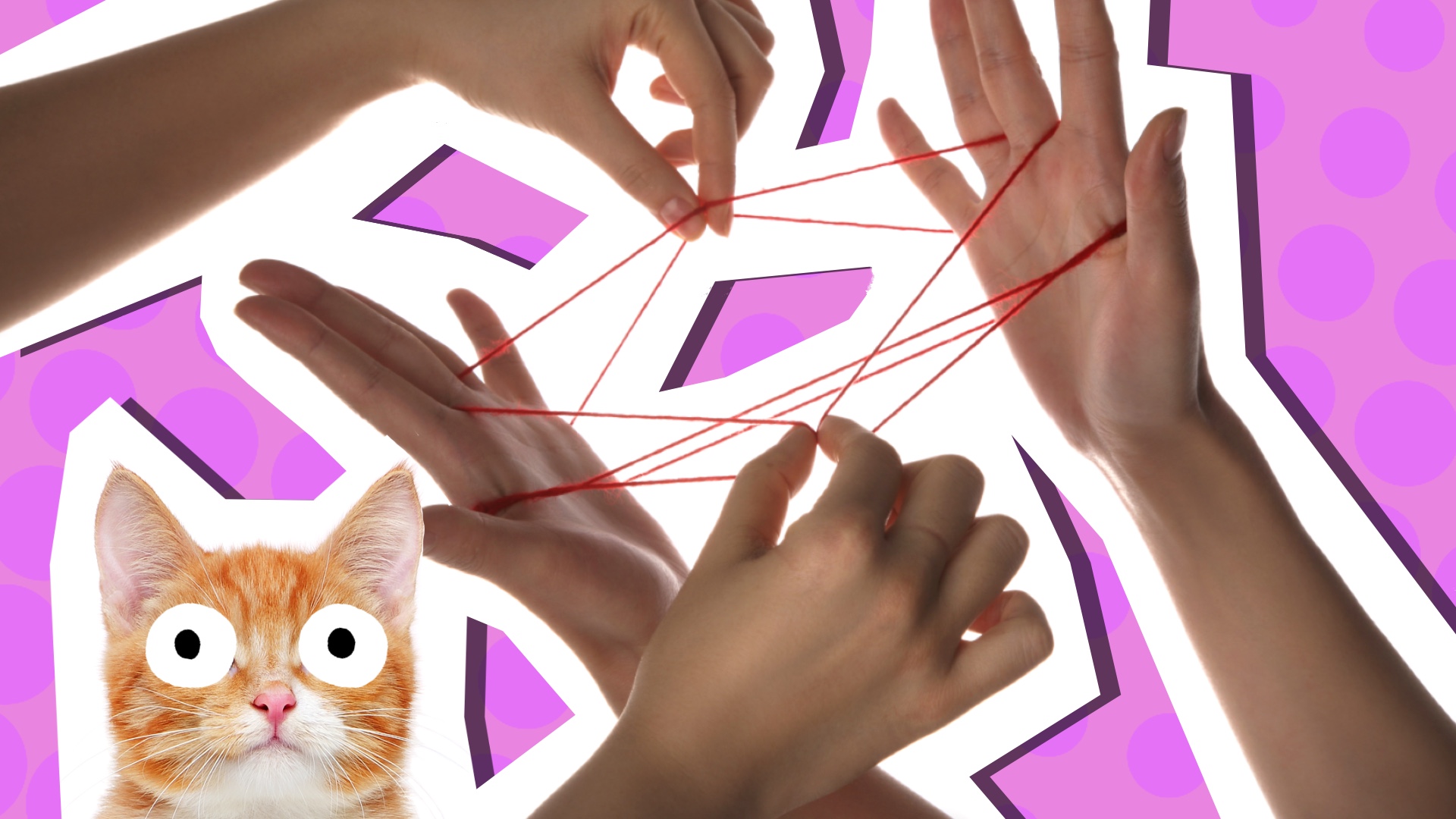