5 reasons this week's Beano is a whirlwind of wild, wacky nonsense! 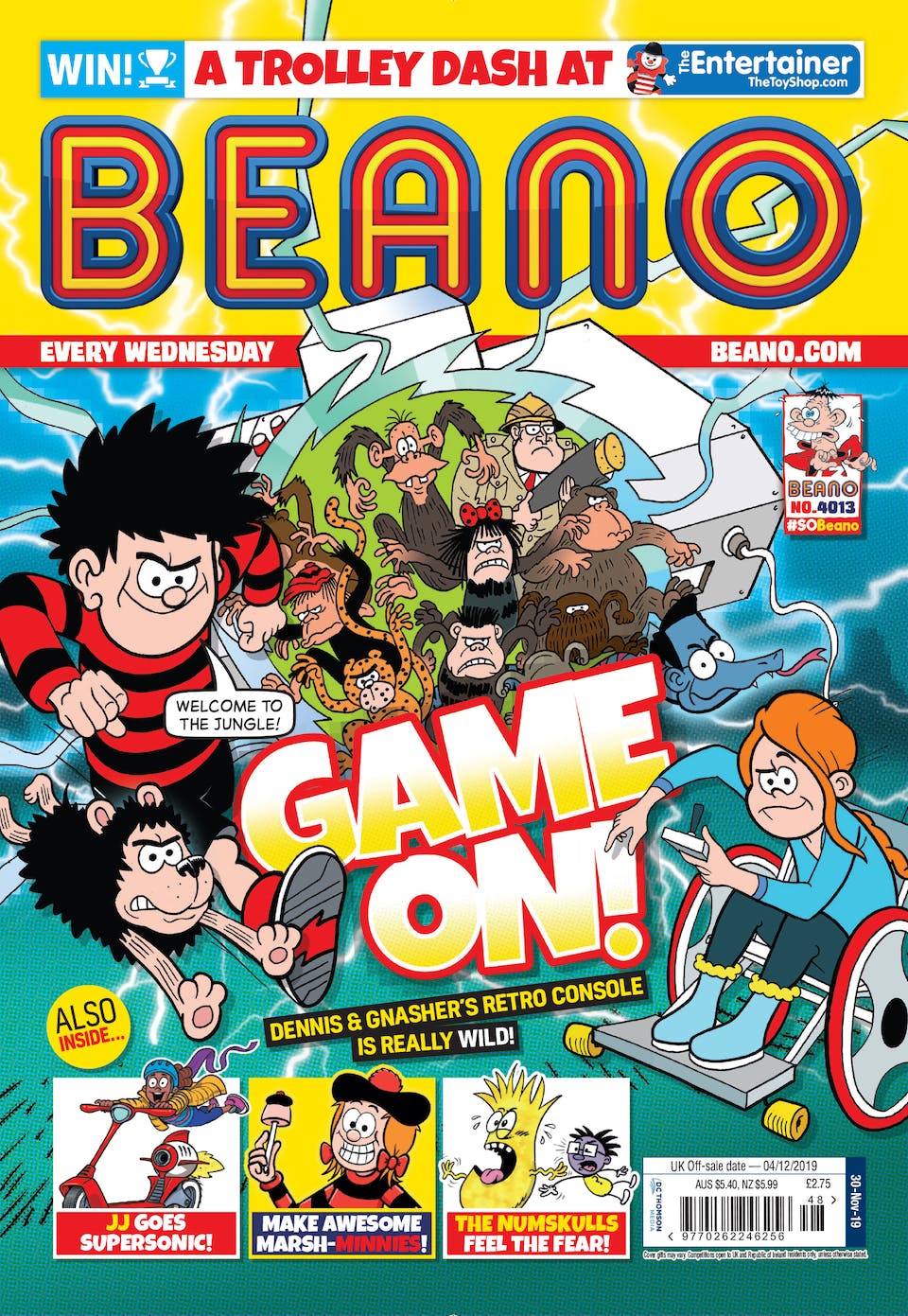 1. Dennis, Rubi, JJ and Gnasher (who can suddenly talk) have been sucked into a video game!

They need to play their way through the game to beat it and get themselves back home! It’s Game On!

Which actor is your favourite?

2. Bananaman is fighting a dragon!

He’s got to figure out what it takes to be a knight and defeat this untameable beast! This could be his hardest fight yet!

Which dragon would win in a battle?

3. Teacher has discovered a way to make the Bash Street Kids do what they’re told! He’s become the lollipop man... and brought it into the classroom!

The kids will have to work to STOP Teacher before he lets the power go to his head!

What is the best way to get to school?

4. Minnie is off to a party... with Soppy Susan of all people! Needless to say, neither of them are happy about it.

At least she’s riding in style in a limousine! How much chaos and mischief can she cause?

Which party game is the best?

5. Roger is out running! Not through choice, but with his Dad as part of a health kick. It’s cold and early, and really, Roger would rather be in his bed.

So he’s going to work pretty hard to make sure that he is heading back to bed!

Whats the best way to dodge a morning run?