5 reasons this week's Beano will lure you to the Dark Side!

The Rise of Dogwalker 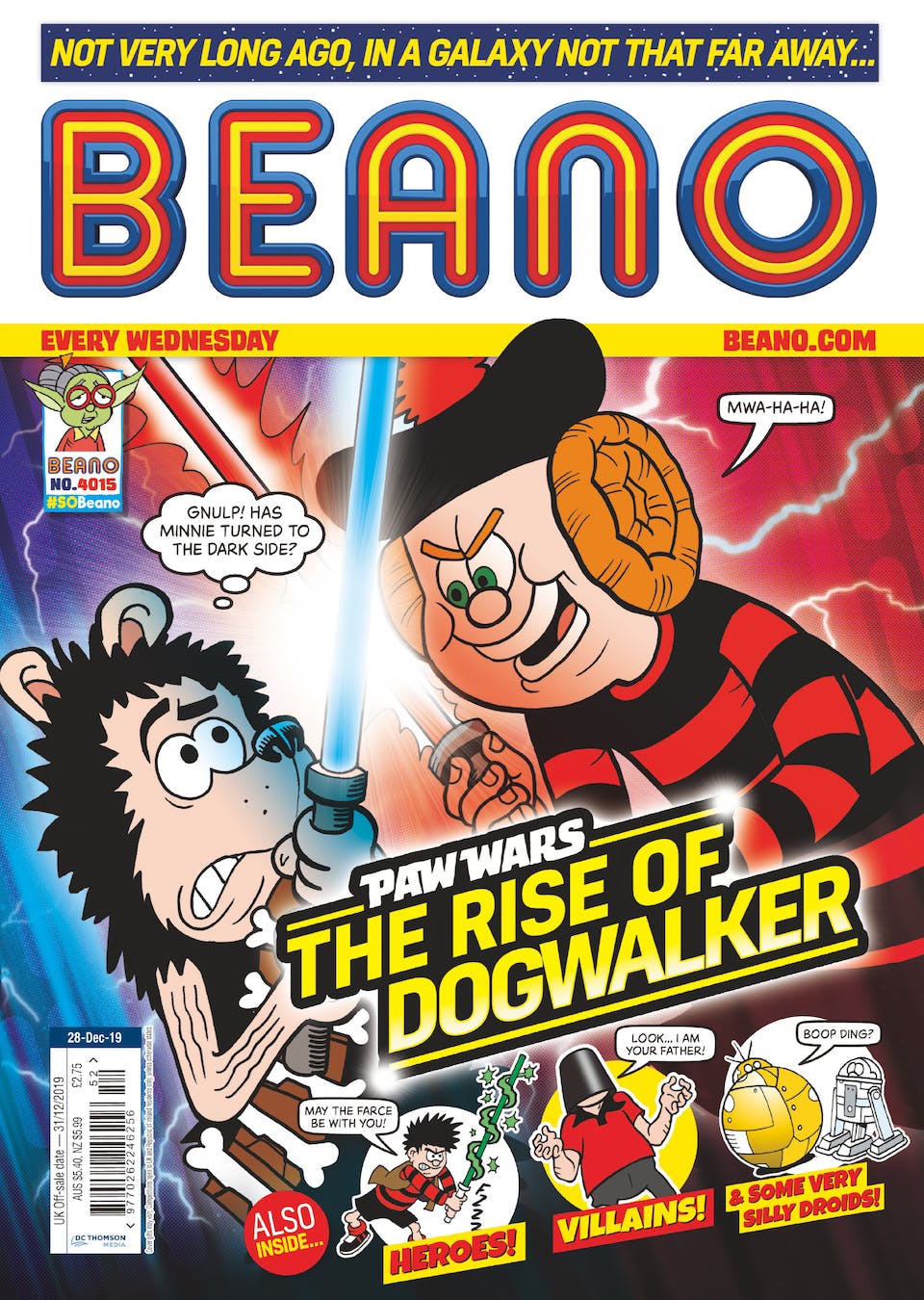 1. This week, we’re transported to a galaxy far, far away to witness the rise of Minnie the Minx as a Dogwalker!

Will she cross over to the Dark Side, or will good triumph?

Which dog would you rather walk?

2. Dennis has been inspired by a trip to the cinema!

He’s invented Star Fight, a totally original story set in space with a young boy and his hairy alien companion (highly and completely original, never been seen before) who fight a villain called Darth Baddie! I’d love to watch it, would you? 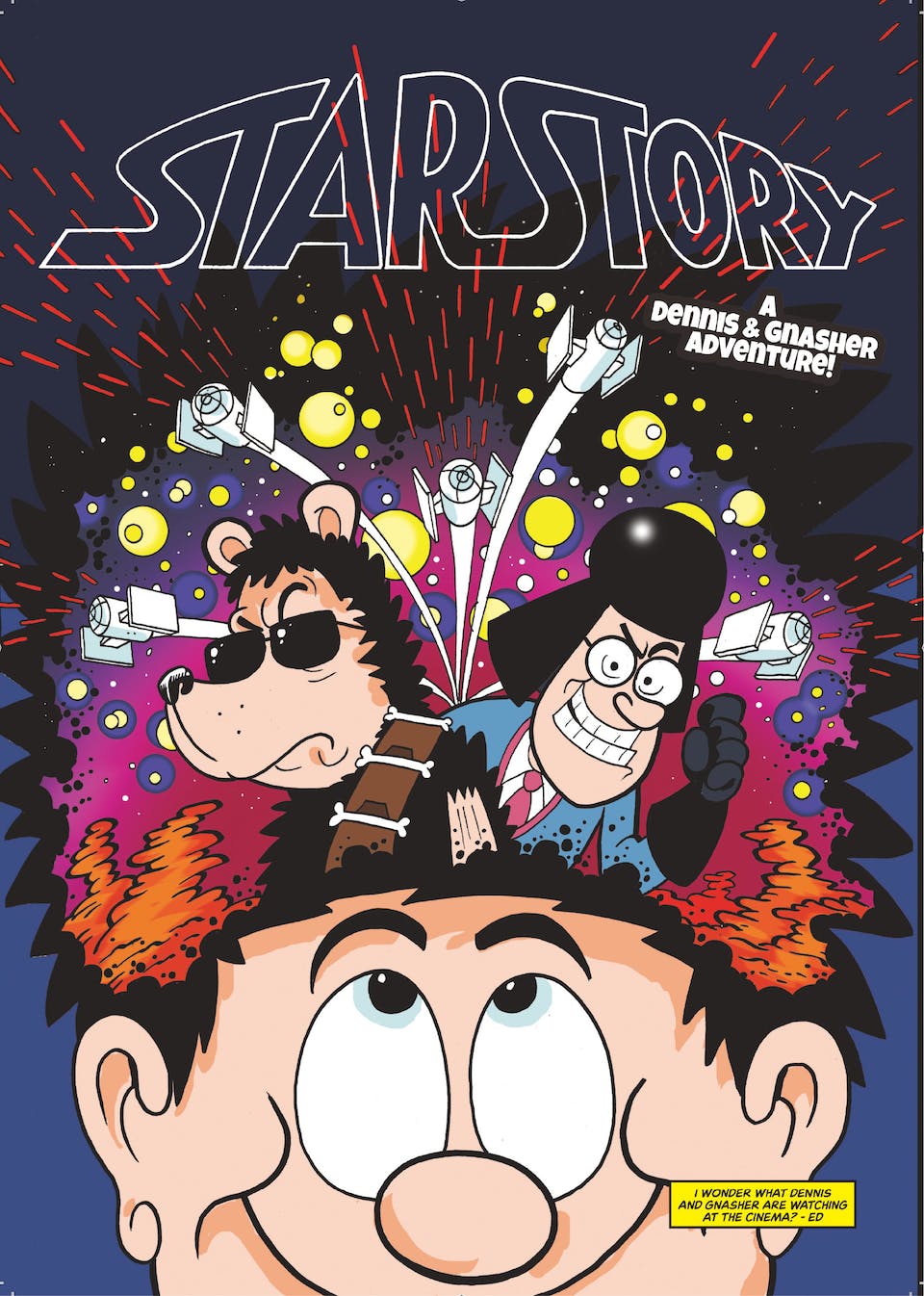 Who would you choose to fight corruption with?

3. The Bash Street Kids are cold! There’s nothing to do and winter is never ending! How will they keep warm?

Can they find a beach somewhere in frozen Beanotown to sun themselves on?

Is your dream holiday...

4. There’s a new superhero in town! Super... Blight?! Bananaman better watch out, or he’ll be out of a job!

Super Blight is just super at stopping crime! But how long can it last?

What do you think General Blight is up to?

5. Edd’s gone to the Dark Side! Brainy has decided that Edd is better suited to all the special powers that the baddies have!

What will happen when Edd crosses over? What evil genius will appear?

Which evil super power would you want?