5 reasons this week's Beano will be right up your alley! 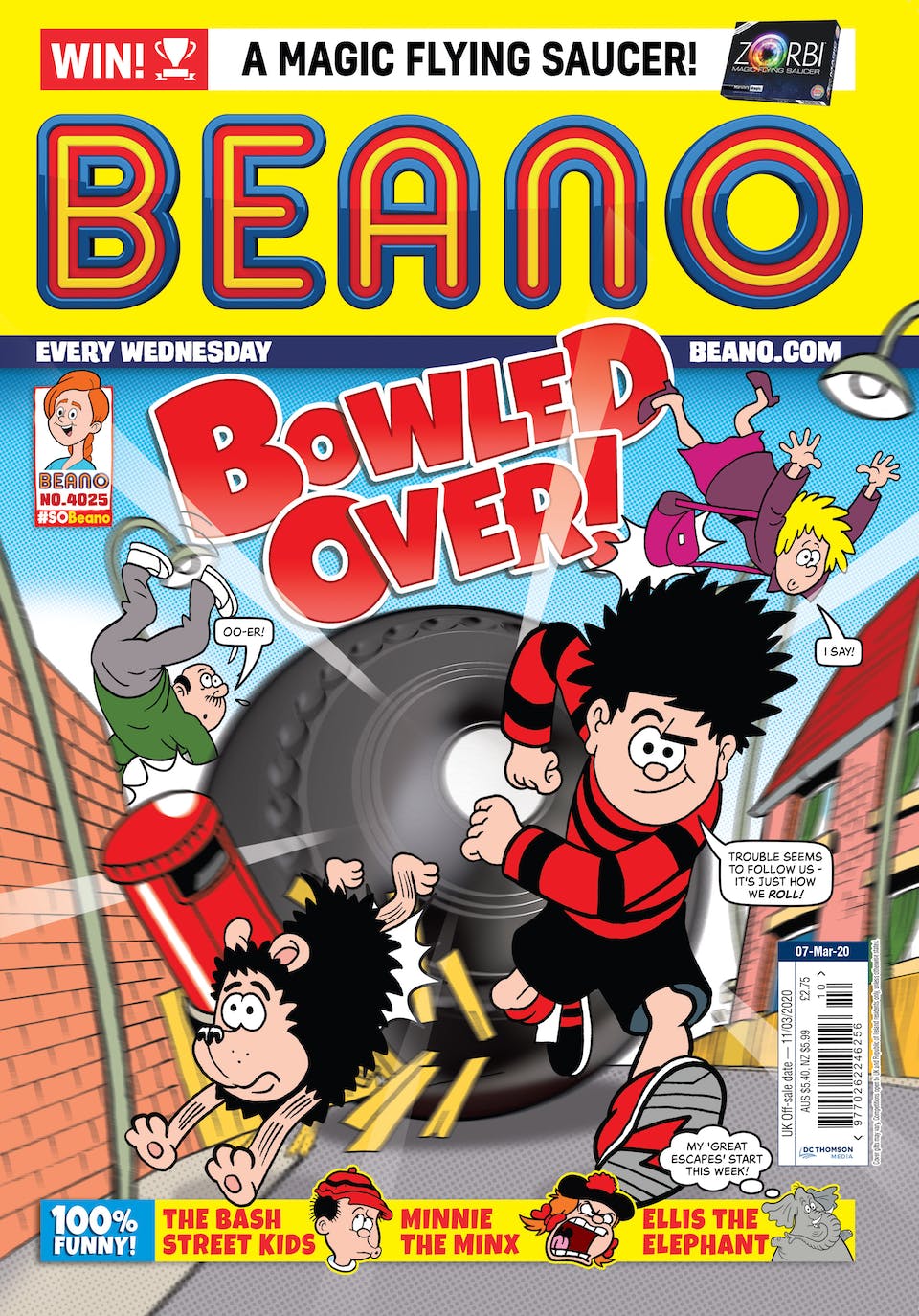 You know, the one that your gran knows how to play, with the little white ball. But Dennis gets involved in a forty year feud and of course, makes it much, much worse!

2. The Earth is being watched by aliens! They want to check Earth’s defences so are choosing a champion to come and fight in their arena.

Who do you think they’ll choose? Tyson Fury? Bananaman (that might make them invade!)? Nope. Minnie the Minx! The aliens should be very afraid! 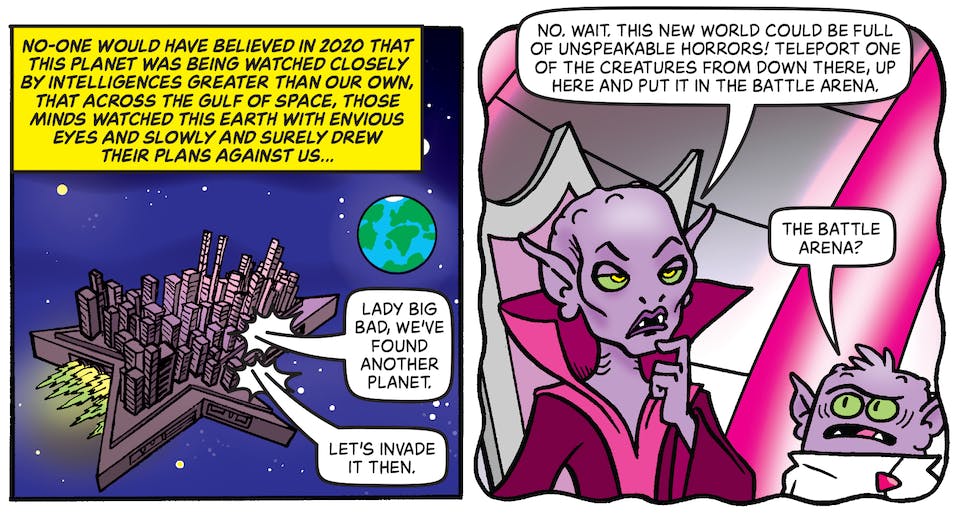 Who would you want to defend humanity from aliens?

3. Roger, Dave and Dad are going on a day out on the train. But where are they going?

Dandytown? Cactusville? The foothills of Mount Beano? Will Dad ever tell them? More importantly, will Roger ever listen to the answer?

Where would you want to go on holiday?

How can Bananaman thwart him this week when he keeps escaping from Bananaman’s traps? It’s impossible!

What should school dinners be replaced with?

5. There’s a mystery in Class 2B: who let one rip and knocked Teacher out? Cuthbert’s on the case!

Could it be ‘he who smelt it, dealt it?’ or perhaps the lure of Olive’s curried sprouts casserole was too much for someone? Can Cuthbert break the case, before someone else breaks wind!

Who do you think let one rip?