Inside Beano no. 4037 - Minnie’s Aiming to Hit the Bullseye!

This week, Minnie is playing the ultimate game – laser tag!

This week, Minnie is playing the ultimate game – laser tag! 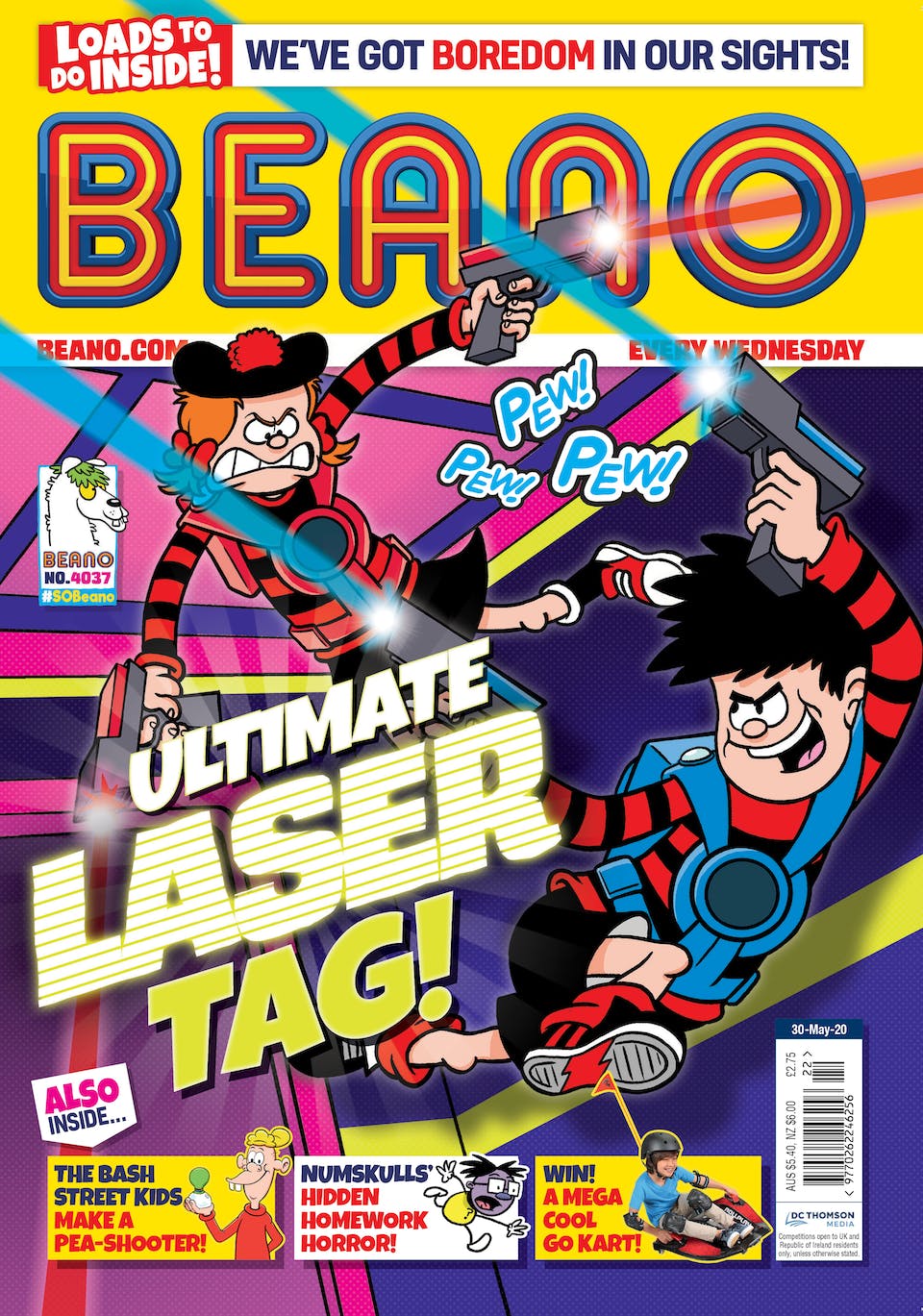 1. This week, Minnie is playing the ultimate game – laser tag!

Time to prove that she’s the ultimate laser-tag champion! And she’s got the best team mates – Francis and... her Dad! And a face off with Cruncher Kerr – Minnie’s got to hit the bullseye!

Which Beanotown resident would you pick for your laser-tag team?

2. Dennis gets on TV! He’s entered a kid’s game show – sliming and gloop and all!

He’s just got to answer more questions than Minnie and Smiffy – should be easy! And then he’ll win a prize! And it won’t just be a stuffed toy!

What TV show would you like to appear on?

3. Minnie knows Bananaman’s secret identity (she seems to be in every story this week!)!

How on earth is he going to manage to keep his biggest secret from Colonel Blight now? We all know Minnie can’t keep a secret!

What's the most revealing sign of a secret banana-based suprerhero?

4. Roger is getting into his retro-gaming at the arcade!

He’s just got to keep Cruncher off the high-score board! And there’s always a dodge for that! 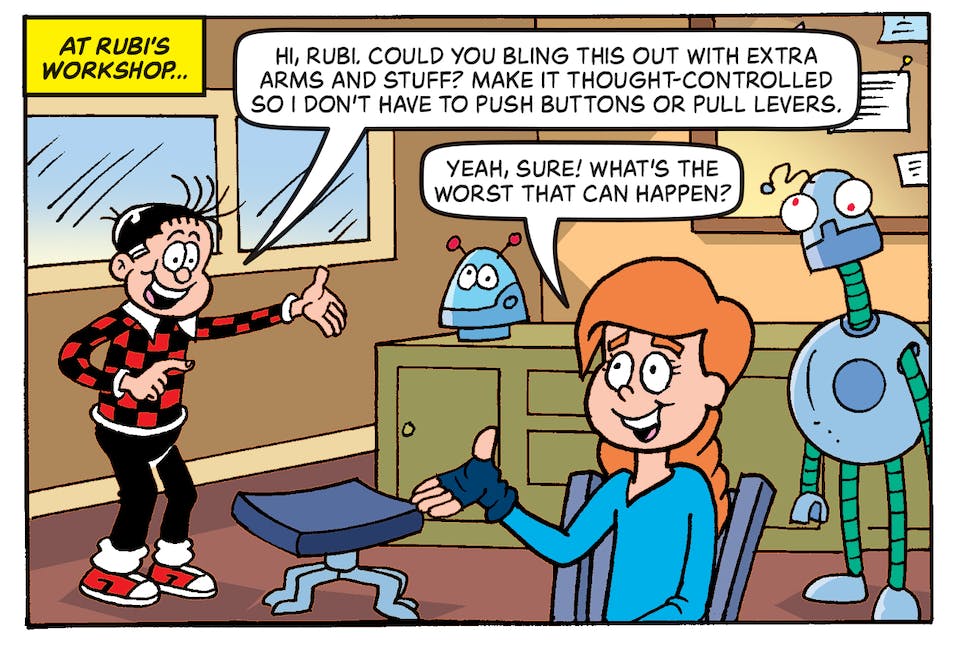 Which old school retro game would you like to play?

5. The Teachers are rioting at Bash Street School! They need their biscuits!

Which is the best biscuit?