Dennis has gone into hiding! In his own house! 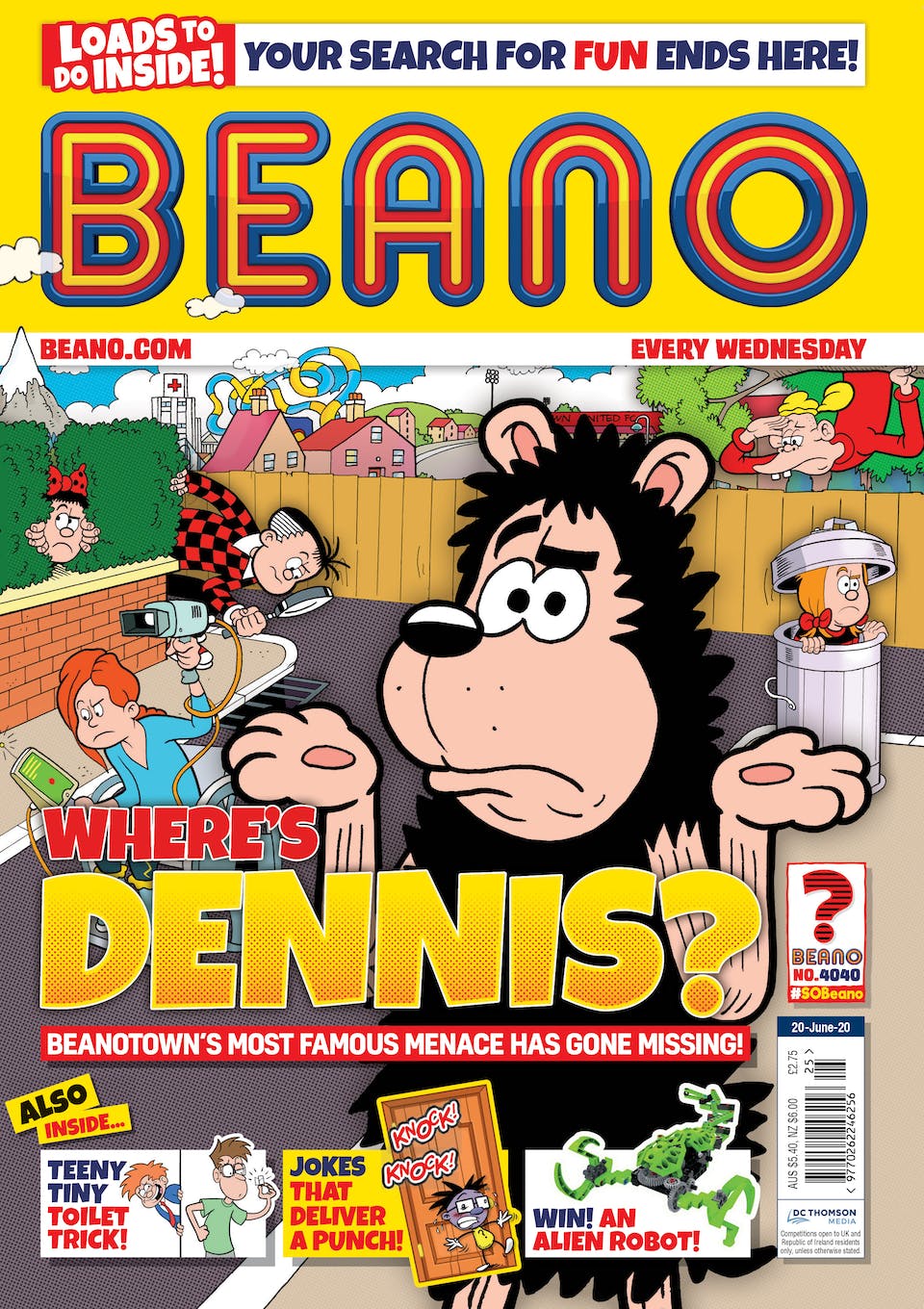 1. Dennis has gone into hiding! In his own house!

He’s got to keep away from Mum and Dad or they’ll make him do chores! That’s just ridiculous!

Where would you hide if you were trying to avoid doing chores?

2. Bananaman is getting some merchandise!

He needs loads of cool new banana gadgets to up his super-hero cool level! And with Rubi on the case, absolutely nothing can go wrong!

How would you make bananas even more awesome than they already are?

And Minnie’s a bridesmaid – that’s never going to go wrong, for sure! She may be a bridesmaid, but she’ll always be a minx!

What's the best thing about weddings?

4. Gnasher and Gnipper need to get rid of those pesky cats for good!

They’ve been annoying them for too long, and it’s not fair! It’s time set a trap fit for a cat!

What's the best thing to use if you want to catch a cat?

5. Teacher’s got a new vase – and he needs to protect it from the Bash Street Kids!

First rule of Class 2B – never leave them alone, or trouble will start! Will they listen to Teacher and stay away from the vase?

Would you trust the Bash Street Kids with a priceless vase?