Minnie is putting Francis through his basic training to be a minx!

Minnie is putting Francis through his basic training to be a minx! 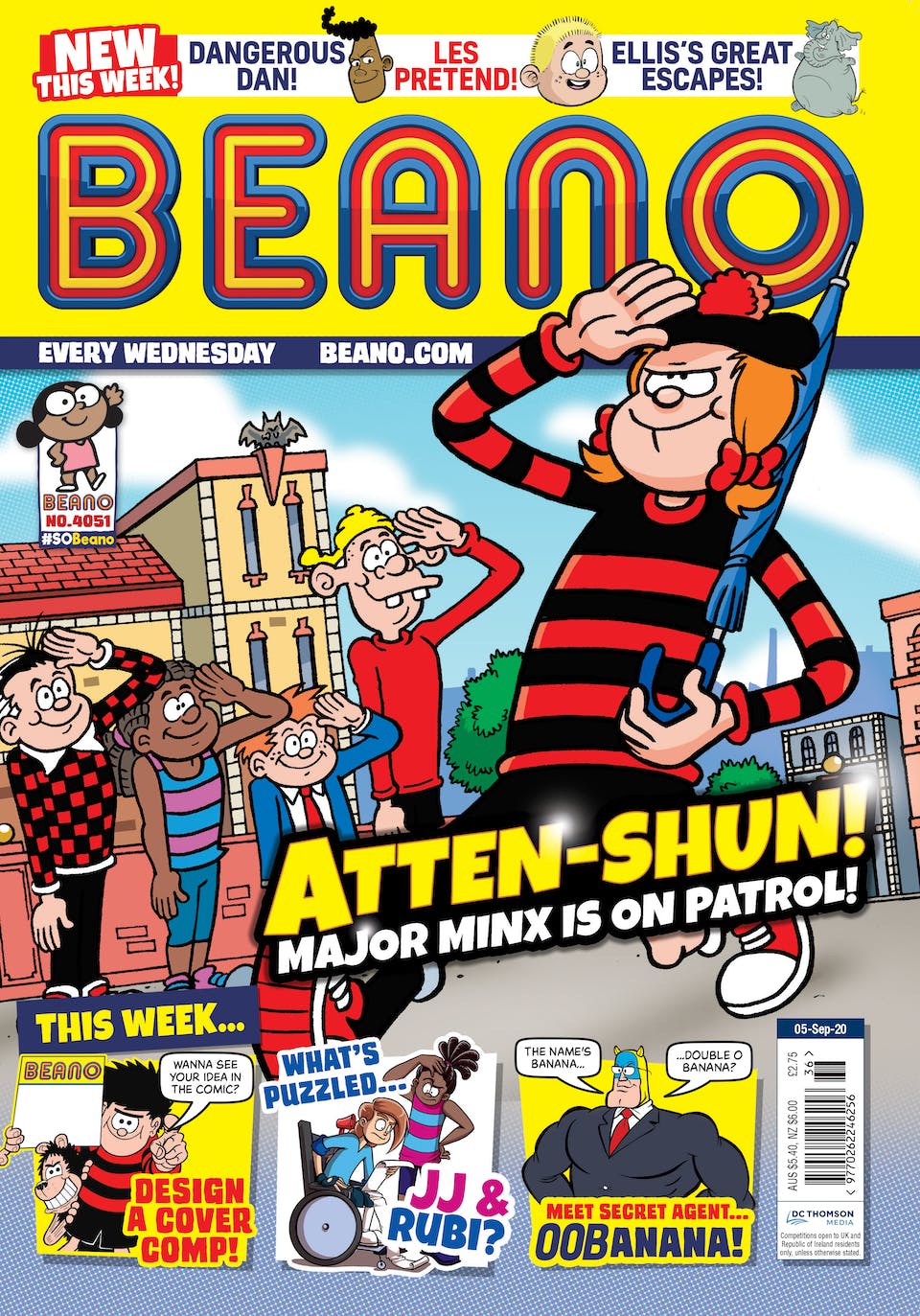 1. Minnie is putting Francis through his basic training to be a minx!

And Major Minx is a real task master – there’s no going AWOL when you’re doing Minx training! But if you get through it all, there’s no-one better to have in your squad than Minnie!

Which other member of Beanotown would you want in your squad?

2. Gnasher and Gnipper are helping with the decorating!

Although, Gnasher and Gnipper tend to do more harm than helping! So Dad doesn’t want their help! But he’s getting it either way.

What's the worst job to do around the house?

3. Bananaman has become a spy!

Our banana-brained hero is trying to be sneaky to find out what the Weatherman is up to. But being a spy involves some brains, and while Bananaman has the muscles of twenty men, he has the brains of twenty muscles! 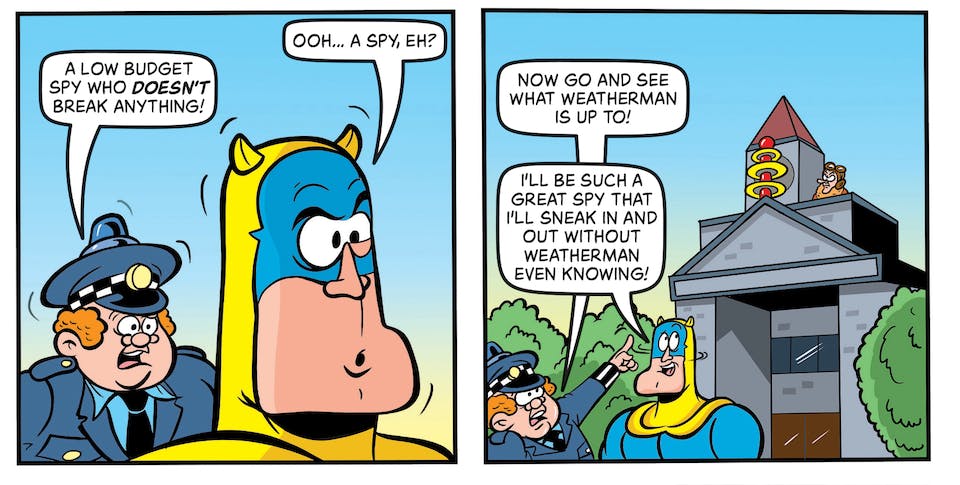 4. Oh no, Dennis has broken a vase! His ball hit the wobbly shelf and knocked the vase off!

He’s got to get a new matching vase from the second-hand shop before Mum notices, or else he’s grounded for the rest of the week!

How would you fix a broken vase?

The world must have turned upside down for this to happen... or he’s scheming about something!  It’s up to Class 2B to work out what he’s up to!

Which Bash Street Kid is cooler than Cuthbert?

All this and more in Beano, in shops from 2nd September 2020!