Dennis has woken up on Sunday morning, and can’t remember what happened on Saturday!

Dennis has woken up on Sunday morning, and can’t remember what happened on Saturday! 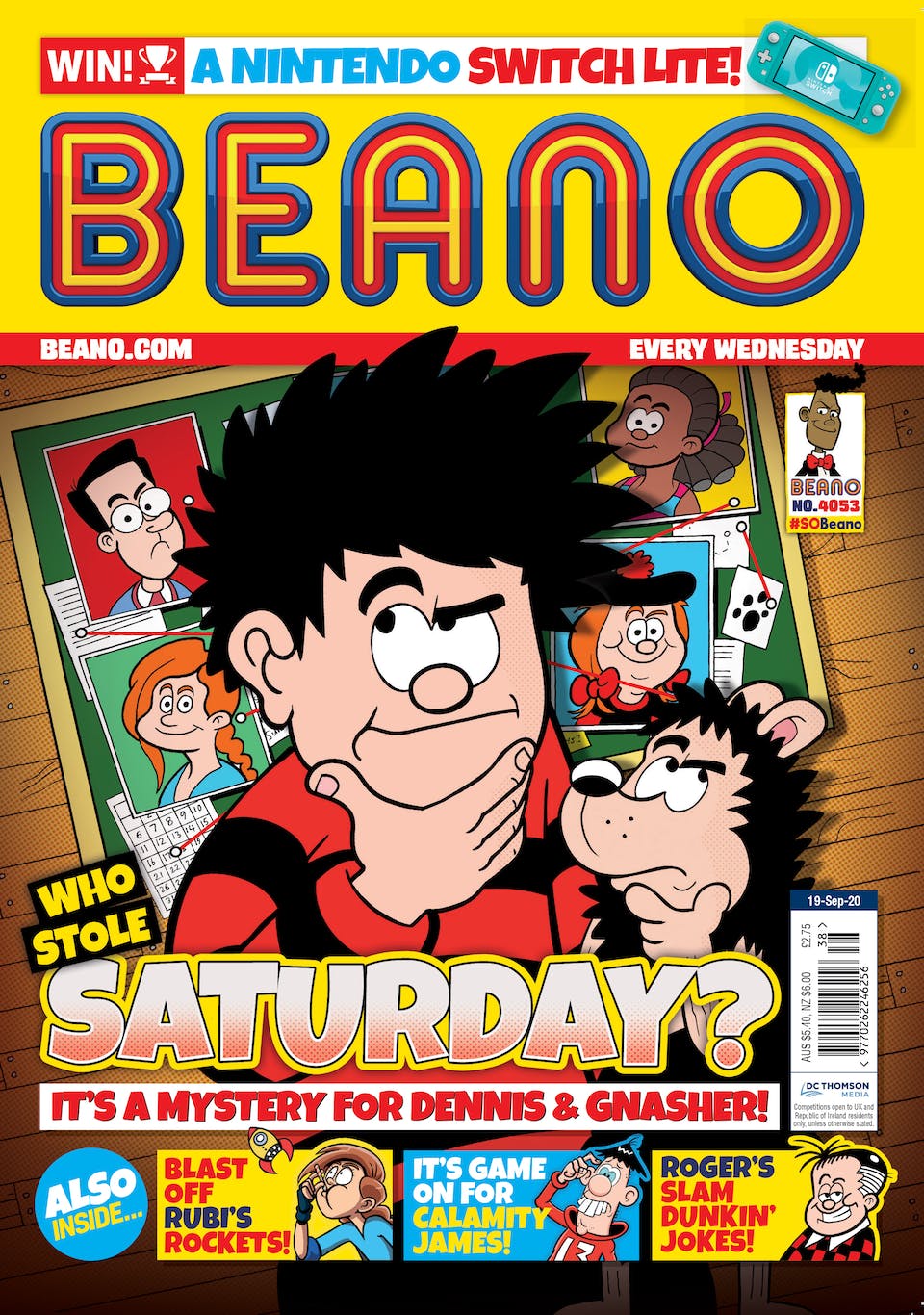 1. Dennis has woken up on Sunday morning, and can’t remember what happened on Saturday!

Him and Gnasher must follow the clues to find out what happened, and more importantly, why can’t they remember?

What do you think happened to Dennis?

2. Roger and Dave are watching the basketball game with some free tickets they’ve won!

But as with almost everything, there’s a catch. They’re seated so far away from the action that they might as well still be at home! But luckily, Roger has a dodge to get them properly courtside!

What sport would you most like to dodge your way into?

3. The Bash Street Kids are going on a field trip – or, at least, they’re trying to.

Nowhere will let them in, because they’ve caused so much mayhem! Where could Class 2B possibly go that won’t mind a little mayhem and destruction?

Where's the best place for the Bash Street Kids to visit?

4. Doctor Gloom has made another crazy machine!

This one turns farts into dinosaurs! And Beanotown has plenty of ammunition. It’s definitely a machine not to be sniffed at!

Who's farts would make the most terrifying dinosaur?

5. Minnie’s getting sick of all of Mrs Creecher’s rules.

She never stops telling Minnie that she’s breaking some rule or another. So Minnie’s hatched a plan to give Mrs Creecher a taste of her own medicine – let’s hope it doesn’t backfire!

Which school rules are you always breaking?