When a rock star turns up at school, will it be pure harmony, or just a cacophony of noise?!

When a rock star turns up at school, will it be pure harmony, or just a cacophony of noise?! 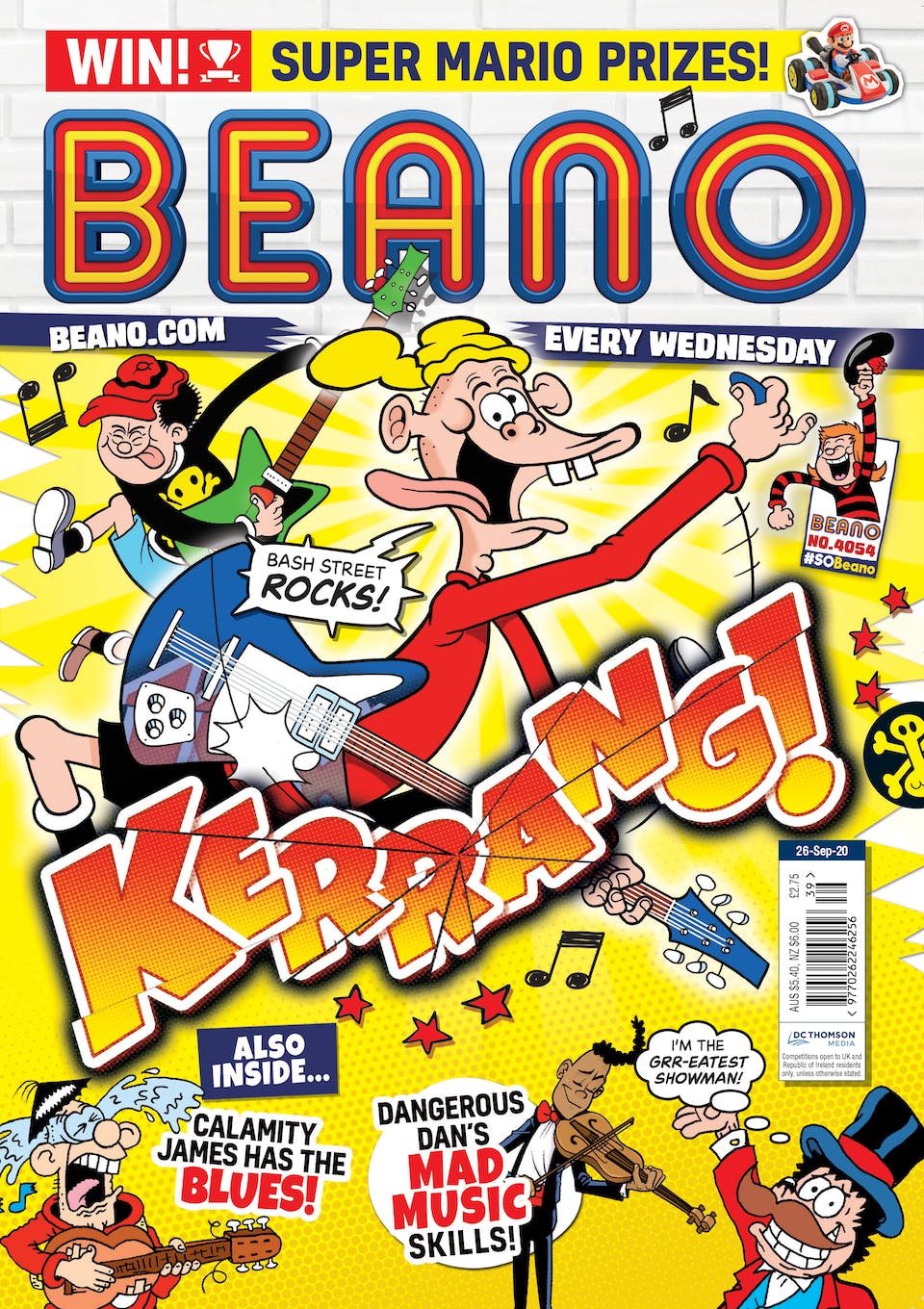 1. This week, Class 2B are making sweet music!

Teacher is trying to teach them about proper music, none of that download noise stuff! But when a real rock star turns up at Bash Street School, will it be pure harmony, or just a cacophony of noise?!

What sort music would you like to play at school?

2. Gnasher and Gnipper are going on a cat hunt.

They’re going to gnash a lot of them. But where are all the cats? They must be up to something, but what?

If you had to hide loads of cats, where would you hide them?

How is Dennis going to get him out of jail, especially when he’s guilty. And why are the police being so hard on Gnasher for just doing what Abyssinian Wire-Haired Tripe Hounds are supposed to do? Maybe someone needs him out of the way for an evil plan?

Should dogs go to jail for chasing cats?

4. Bananaman has been building himself a kingdom of Bananacraft, made out of bricks of squished banana!

How epic is that? It’s practically a castle! Even Chiefy’s got his own room!

What would you build out of bananas?

Delivering the mail throughout the school, she’s just got to cause a little chaos! Minxing is what Minnie will always deliver on!