PLUS Jokes with JJ, Comics to Create, and Dog Dad Day Care!

Minnie takes centre stage this week, but don't forget the rest of our star-studded comic cast! 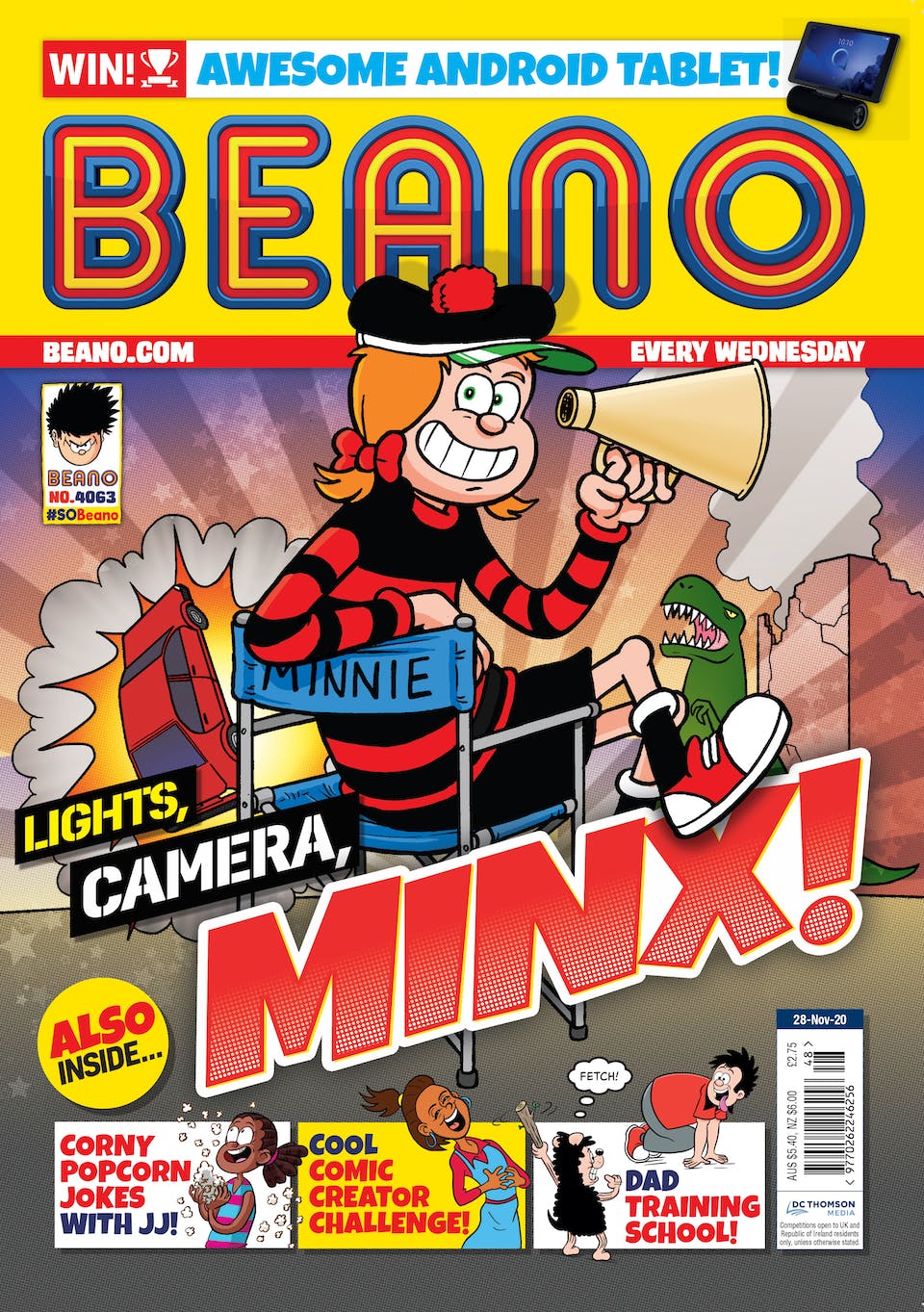 All the eyes are on Minnie this week as she gets in front of the cameras to act her heart out!

Light, camera, Minx! Can Minnie get the show on the road and create a sell-out hit? She’ll need to steal the show, and maybe the cameras!

What is your favourite film genre?

Dad is on story-time for Bea – but it’s not the version of the three bears that you know!

What’s Dad’s spin on this classic fairy tale? And will it be just right?

Which of these silly bedtime stories would you like to read to YOUR younger sister?

Bananaman’s got himself a new gaming console – but it’s been highjacked by Doctor Gloom!

He’s under Doctor Gloom’s control! Bananaman is going to need a game plan to win this time!

Have YOU asked for a new console this year?

The Bash Street Kids have formed their own comic book company!

They’ve got to make a comic book that will make Teacher feel something! But remember, he didn’t specify which kind of feeling!

If you made your own comic, who would you tell a story about?

Rubi and JJ are at the movies!

But they don’t have enough money for a drink and a popcorn! But it’s okay – Rubi has an invention for that! I bet it’ll make her very pop-ular!

Which of these silly big-screen titles would you see at a cinema?

All this and more in Beano, in shops from 25th November 2020

Subscribe here to get Beano delivered to your home every week! Get this issue from supermarkets or newsagents near you (or add it to your online shopping order!). Also available as a single issue to buy online from the official Beano Shop.