Easter is a the oldest Christian festival which observes the resurrection of Jesus following his crucifixion and takes place in the spring. Here's everything you need to know about why eggs, rabbits and big fancy hats are all part of the special occasion!

1. Easter is named after an ancient goddess!

Eostre is the goddess of dawn, and during the Spring Equinox, people would hold feasts in her honour. The date on which we celebrate Easter changes every year, because of the first full moon after the Spring Equinox.

2. Chocolate eggs were inspired by a medieval tradition!

Eggs are a symbol of life and Jesus emerging from the tomb three days after his crucifixion. In medieval times, nobody was allowed to eat eggs during the period of Lent, but allowed to on Easter Sunday. The idea of giving an egg as a treat slowly turned into chocolate eggs in the 19th century, and J.S Fry Sons and Cadbury were the first company in the UK to make them in 1873.

3. Easter has many different names around the world!

In Spain, Easter is called Pascua. In Portugal, they celebrate Páscoa, while in Italy, it's known as Pasqua. These similar names come from the word 'pascha', from the Hebrew word for 'passover' – pesach. Passover is a religious festival held by mostly Jewish people, who acknowledge when God – through Moses – helped free the Israelites from slavery in ancient Egypt. Centuries ago, Christians celebrated Easter at the same time as Passover. Good Friday and Passover fall on the same day.

4. The Easter Bunny is a fairly new tradition!

The Easter Bunny is a relatively new addition to this religious festival. They're linked back to Eostre, as the rabbit is a symbol of life. This tradition was started in Germany, where an 'Easter Hare' or 'Osterhase' would leave eggs for well-behaved children. The tradition made its way over to North America when German immigrants settled in Pennsylvania.

5. An Easter basket is a symbol of spring!

The use of a basket to hold eggs and Easter treats is thought to be linked with the spring harvest or represents a bird's nest full of eggs.

6. Australia doesn't have an Easter Bunny!

Does Australia have the Easter Bunny? Good question! The answer is no. They have the Easter Bilby, who is a native animal with large ears. They're also known as a rabbit-eared bandicoot, and are just as generous with their Easter eggs!

7. Billions of jellybeans are sold at Easter time!

They count for 30% of sweets sold at Easter, totalling 16 billion! Scientists say if you placed them end to end, not only would it take ages, but they'd circle the world three times.

Around 80 million. Experts say that, on average, people start to tuck into their eggs around 11am on Easter Sunday. But we've all sneaked a bit a day early and disguised the packaging, haven't we? Yeah?

9. People tend to eat chocolate bunnies in a specific way!

Experts reckon that over 75% of people will start with the ears first! How do you eat yours?

According to the Guinness World Records, largest decorated egg measured 15.02 metres high and 8.72 metres across. It made by Associação Visite Pomerode especially for a festival in Santa Catarina, Brazil in 2019. It took 48 days to make!

11. Easter eggs are patterned for a special reason!

You may have noticed that some Easter have a broken pattern design, which looks a bit like crocodile scales, or 'scutes'. This is from an early way of making Easter eggs which was used to disguise any cracks or imperfections in the surface of the chocolate. It's also a handy way of having just a tiny little bit before anyone notices.

12. Easter has an official flower!

The white lily – or Lilium longiflorum if you’re really into gardening – is a symbol of hope and rebirth during Easter, and look lovely in a vase on your table.

It's considered good luck to wear new clothes on Easter Sunday, as a symbol of rebirth. In 300AD, Roman emperor Constantine required that the people in his court wear new outfits that day. New York City hosts an annual Easter Parade and Bonnet Festival on Fifth Avenue, where people attempt to outdo each other with the fanciest of outfits and the sort of wide hats you'd have trouble getting through a door.

Cadbury make 1.5 million Creme Eggs every single day. If you piled up a year's worth of Creme Eggs – that's a whopping 547.5 million – they'd be higher than Mount Everest!

It's the period between Shrove Tuesday – Pancake day – and Easter where Christians either fast or give up something they enjoy!

16. 'Good Friday' doesn't mean what you think it does!

Good Friday is the Friday before Easter Sunday. It is the day that Jesus was put on the cross. Good, in this context, means a day which is acknowledged by the church.

Hot cross buns are sweet buns which are flavoured with spices and dried fruit, like raisins or currants. The cross can be made from a flour and water paste, and while it represents the Christian cross, experts now say that it dates back to a Pagan tradition. The cross can also represent the four quarters of the moon.

The original inhabitants called their island Rapa Nui – which means Great Rapa – but when Dutch explorer Jacob Roggeveen arrived there on Easter Sunday in 1722, he named it Paaseiland (Easter Island).

Every Easter, the White House – the home and office of the President of the United States of America – hosts a traditional egg rolling competition. It all started in 1878, when President Rutherford B. Hayes declared that if any children wanted to roll Easter eggs, they would be allowed.

20. Pretzels are eaten at Easter, too!

Throughout Europe, people eat pretzels between Ash Wednesday and Easter Sunday (the period of Lent). This delicious bread is named after the German word for 'little arms' as the twists in the dough represent arms linked in prayer.

21. Sweden is the home of the Easter Wizard!

In Sweden, the Easter Wizard came about because of an error. German immigrants brought with them the Easter Hare, and 'Påskharen' – the Easter Bunny – was a little too close to the word 'Påskkarlen' which could be translated as Easter Wizard. So if you're ever in Sweden around Easter, you might see some people dressed as Dumbledore or witches.

Simnel cake is a delicious medieval fruitcake which is covered in marzipan or an almond paste. On the top, there are 11 marzipan balls which represent Jesus' apostles – minus Judas Iscariot. Cake hack: it can be stored for about a month, if you keep it in a cake tin.

23. Some churches hand out these crosses on Palm Sunday!

Palm Sunday is the sixth Sunday of Lent and takes place a week before Easter. It symbolises Jesus entering Jerusalem a week before his crucifixion. His followers celebrated his arrival by waving palm leaves. Some churches take palm leaves and make them into crosses (like the one above) and hand them out during the day's services.

24. Dyeing eggs is a pagan tradition!

There are differing opinions about why we dye eggs at Easter. One theory is that early Christians would dye eggs red to represent the blood of Jesus. Another relates to celebrating spring; dyeing and decorating eggs was part of the pagan festival and was taken up and practiced by Christians ever since.

25. Thousands of people took part in the biggest egg hunt!

Are you ready for this one? 9753 children (and their grownups) gathered at the Cypress Gardens Adventure Park in Winter Haven, Florida on April 1st, 2007 for the world's biggest egg hunt. 501,000 eggs were hidden for the children to find. Imagine the chaos! It's a Guinness World Record!

There’s a tradition of decorating a hat for Easter. You can add flowers, felt bunnies, toy eggs and top it off with a fancy bow. The songwriter Irving Berlin wrote a song called Easter Parade in 1933, which has the lyrics: “In your Easter bonnet, with all the frills upon it, you’ll be the grandest lady in the Easter Parade”. The bonnet itself is linked with getting a new outfit and being lucky for the rest of the year.

This is an old game, where Easter eggs are placed around the floor and people have to dance around without damaging them. We'd rather just damage them with our teeth, if you get what we mean!

28. Snoopy was the Easter Beagle in an Easter special!

29. Australia celebrates Easter in the autumn!

Because Australia is in the southern hemisphere and the UK is in the northern one, it means that our seasons are different. This means Australia celebrates Easter in their autumn and has more of a harvest-themed focus. And yes, the Easter Bilby will bring you eggs if you're good.

30. A bird in Switzerland delivers Easter eggs to children!

We've learned about the Easter Bunny and their Australian pal, the big-eared Bilby. What about our friends in Switzerland? Children in this particular European country have their Easter eggs delivered by a cuckoo. A bird delivering eggs? You'll be telling us they live in small clocks next.

Can You Hop Through This Easter Movie Quiz? 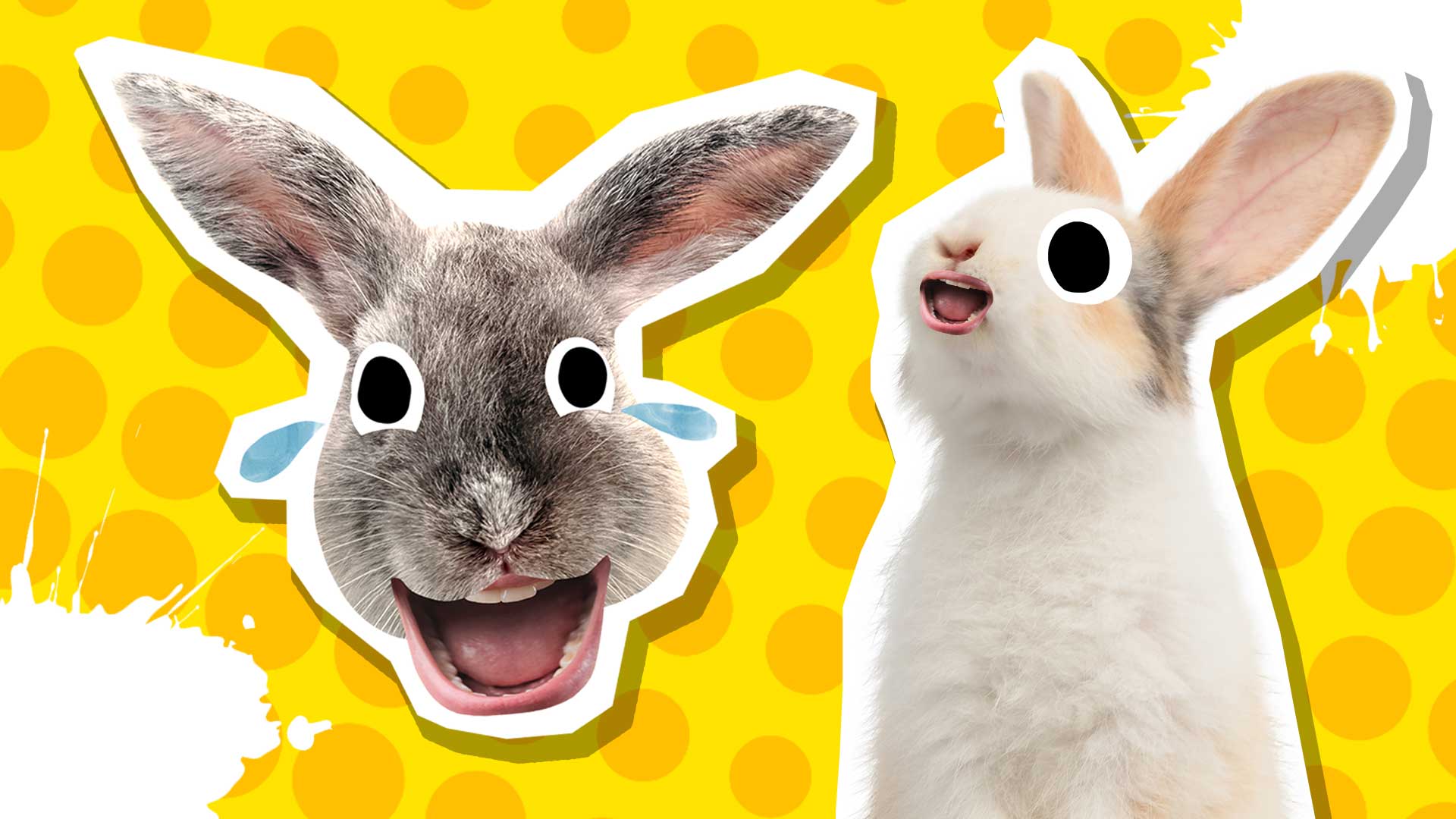 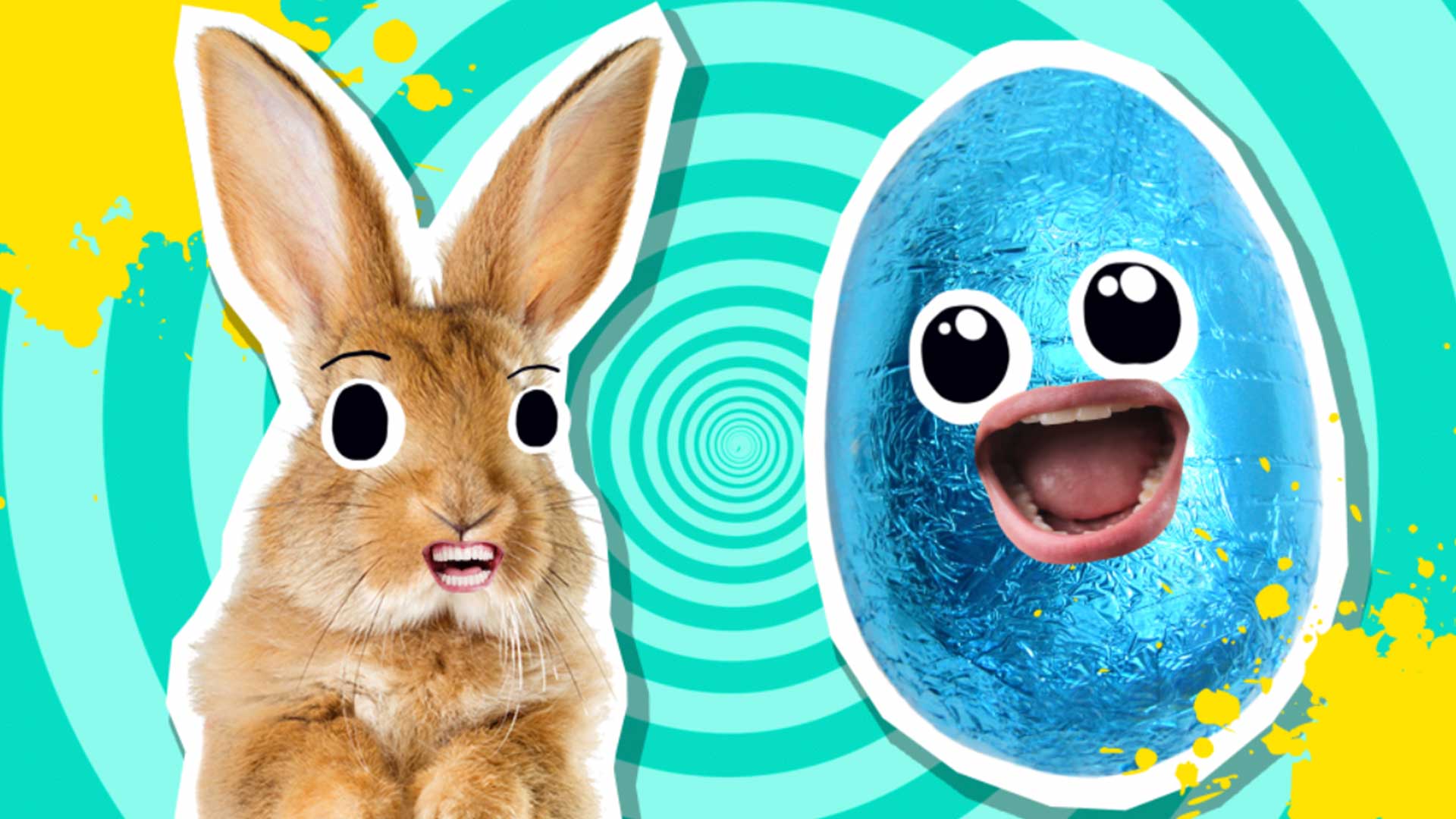 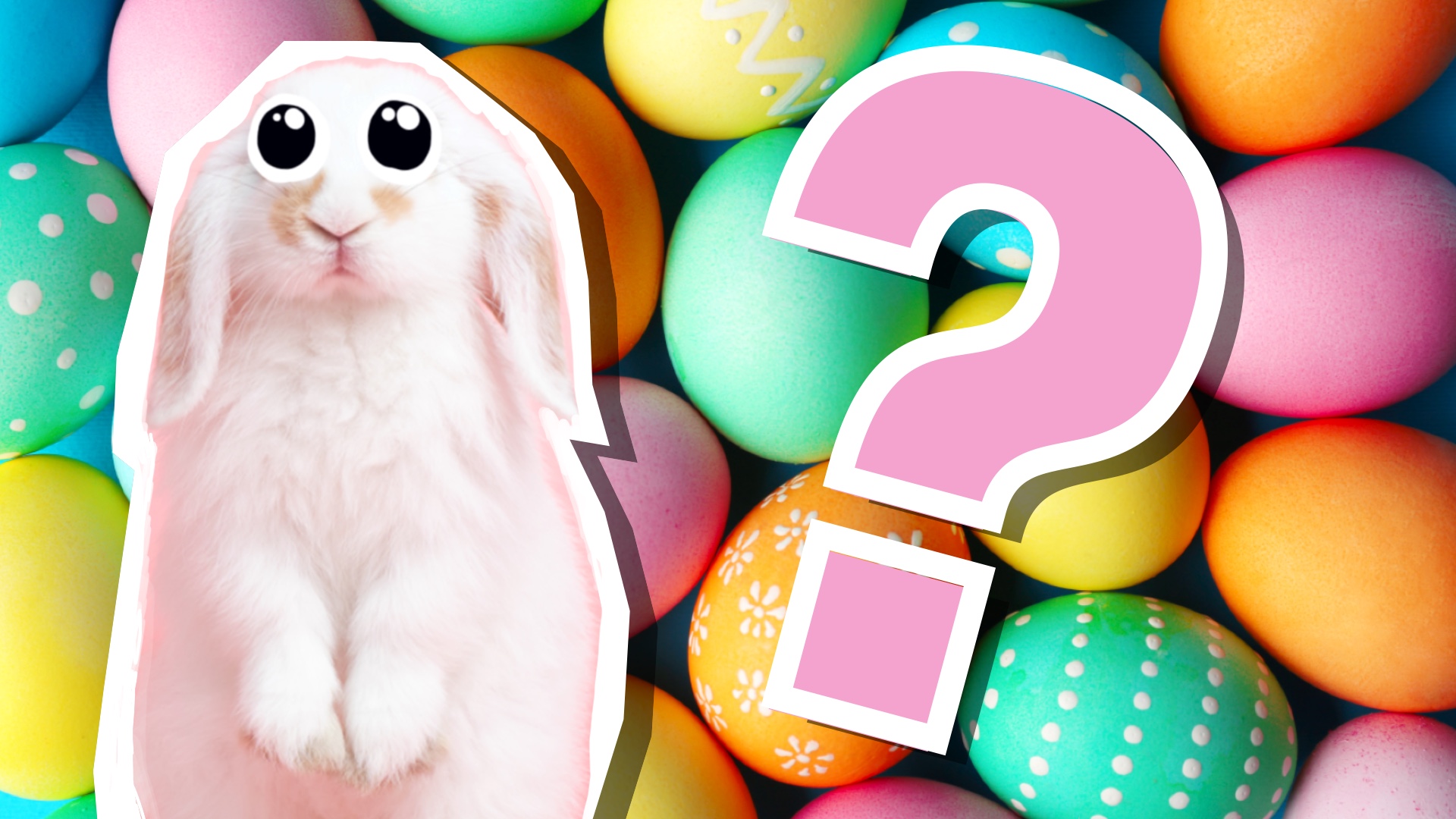 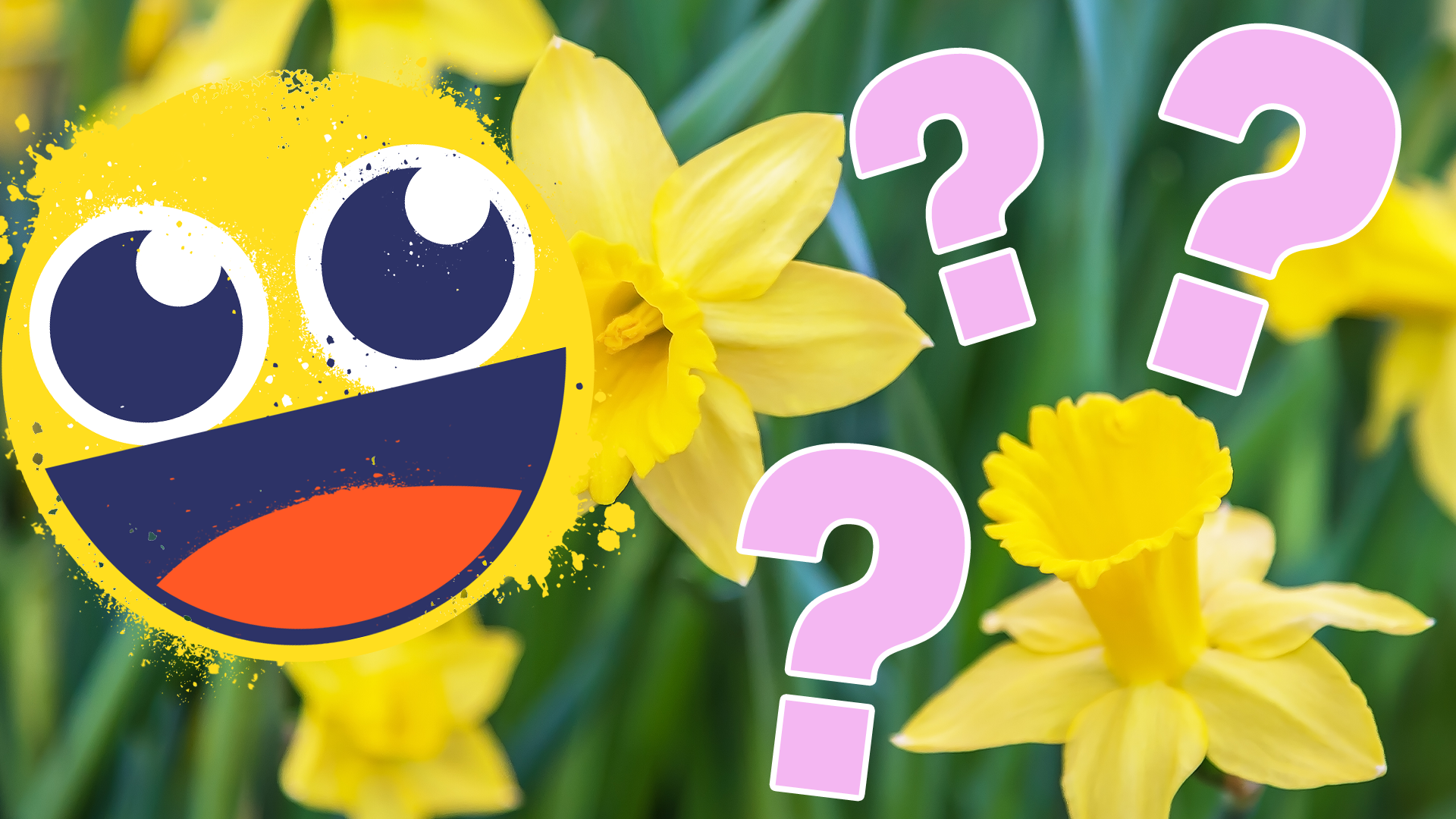 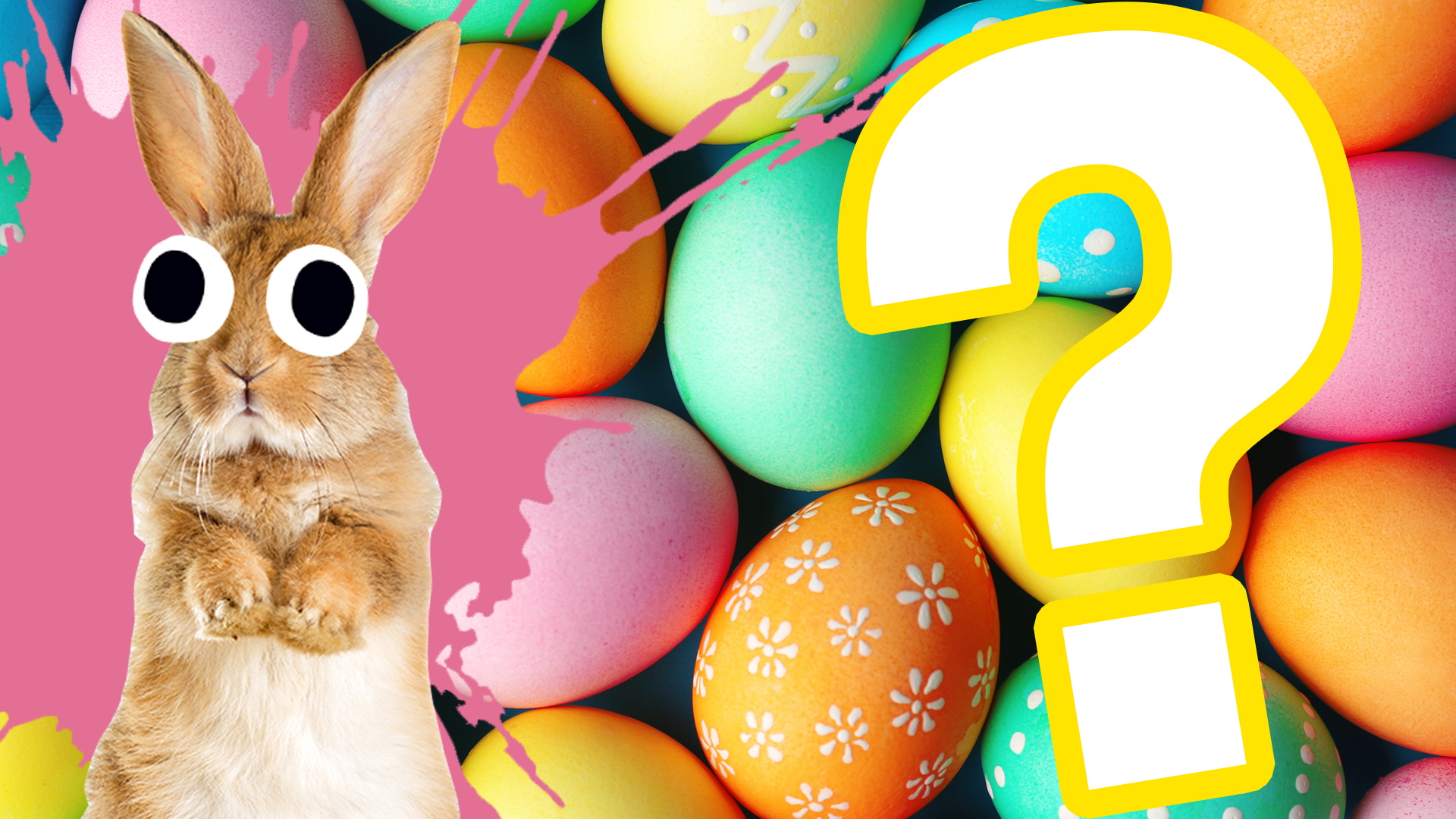 Can You Hop Through This Easter Movie Quiz? 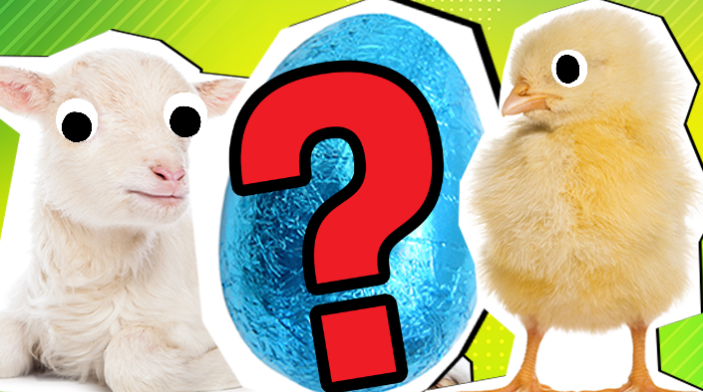 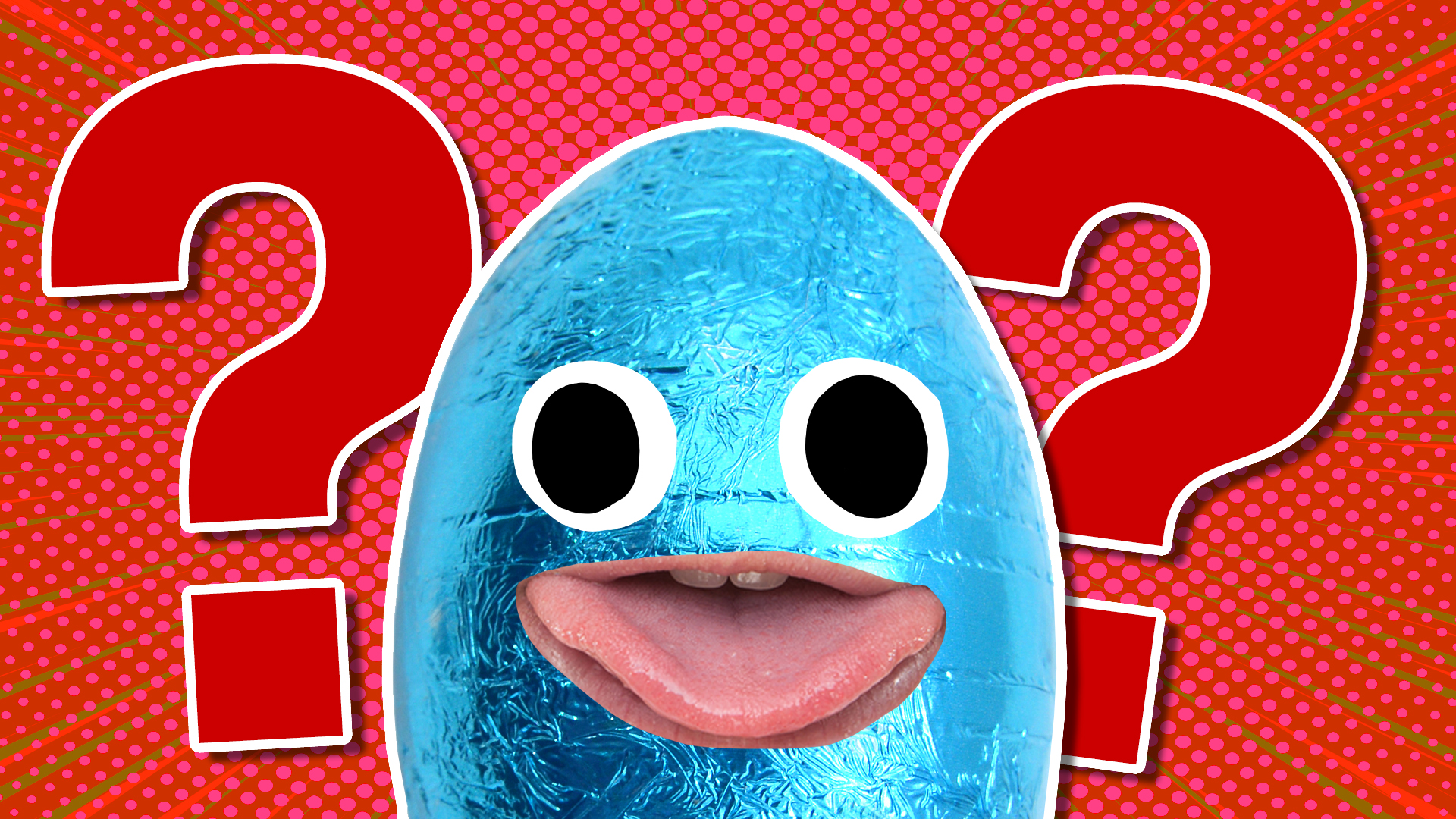 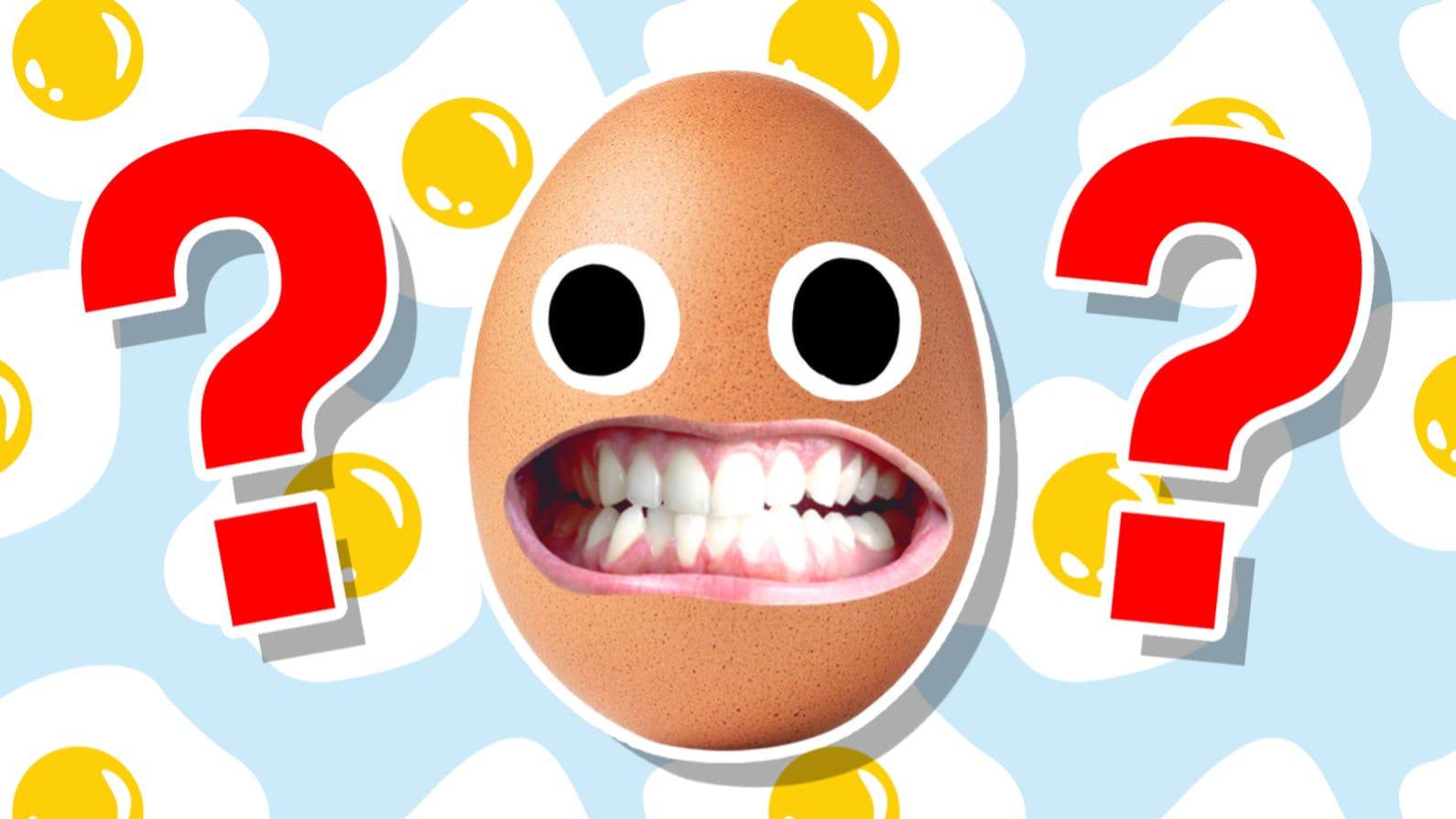