How much do you know about the biggest bear in the world? Take a peek at these epic polar bear facts and our collection of polar bear trivia!

Are you really into animals? Check out this ultimate bear quiz, and all these other awesome animal quizzes!

Ok - let's get going on these facts!

Because they spend so much time at sea, polar bears are the only type of bear that scientists class as "marine mammals". Polar bears are amazing swimmers, and can swim constantly for days at a time!

Polar bear fur is actually mostly see-through, but they have so much of it that it looks white. In fact, the skin underneath their fur is totally black! Black skin helps them absorb more heat from the sun, keeping them a tiiiny bit warmer. Every little helps!

Male polar bears can grow to about twice the size of female bears, and a fully grown male bear is about as heavy as 10 humans. At 3 meters long and 800 kilos, they're the largest land carnivore (meat-eating animal) on the Planet!

Polar bears can smell their dinner from up to 16 kilometres away! This fragrant feat is down to their high-strength hooters, and not just because seals are particularly smelly. Though they probably do have fishy breath!

What do you get if you cross a Grizzly bear and Polar bear? Nope - it's not a joke - you really do get a Pizzly Bear! They are very rare but do get born in the wild occasionally, and are sometimes called Grolar Bears. Check this guy out!

Their tongues are bright blue! And on the rare occasions that they get too hot, polar bears can keep cool by panting like a dog.

Despite being HUGE - polar bears can run terrifyingly fast! They can hit 25 miles an hour at full sprint, which is about as fast as Usain Bolt. So unless you're an Olympic level sprinter, you'd better hope you never have to run away from a polar bear!

Did you know that polar bears ask each other for things? Say a bear is hungry and finds another bear eating, they will gently touch noses to ask to share. And when they're done eating, they roll around in the snow to clean off! Cute, right? Not if you're a seal!

This last fact is a sad one, but very important. Polar bear populations are getting smaller and smaller, because of climate change and us humans being generally rubbish to the environment. So unless we sort it out, one day there might not be any polar bears left in the wild at all - and that would be terrible. 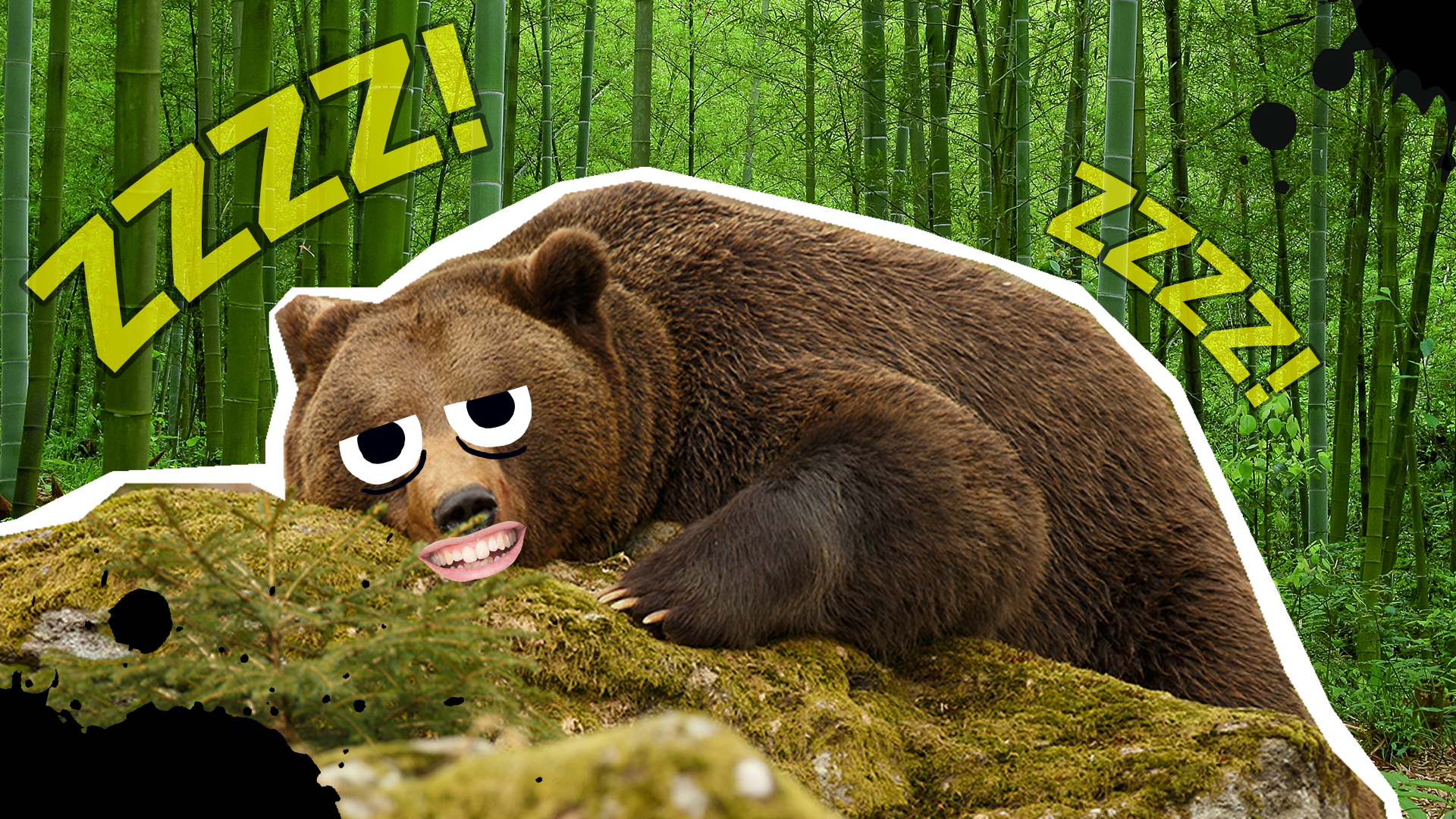 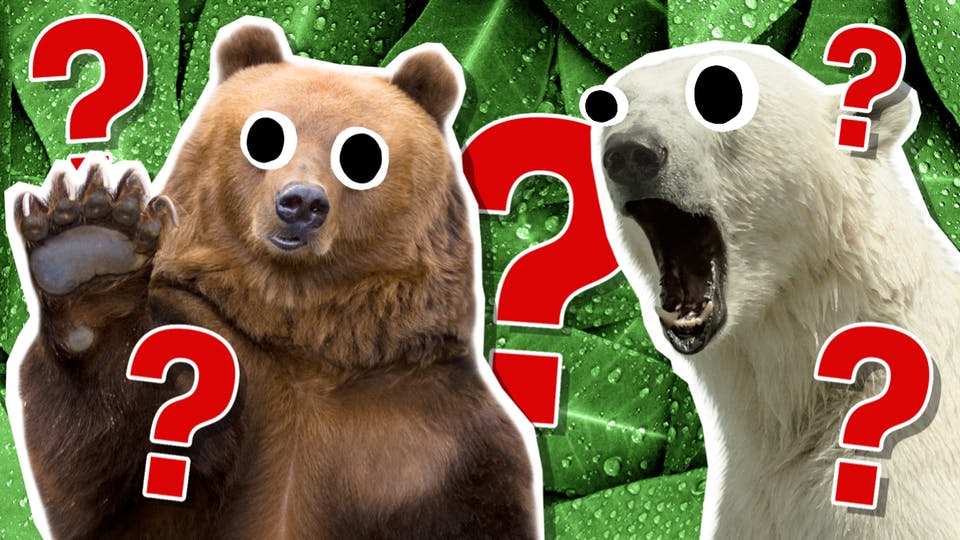 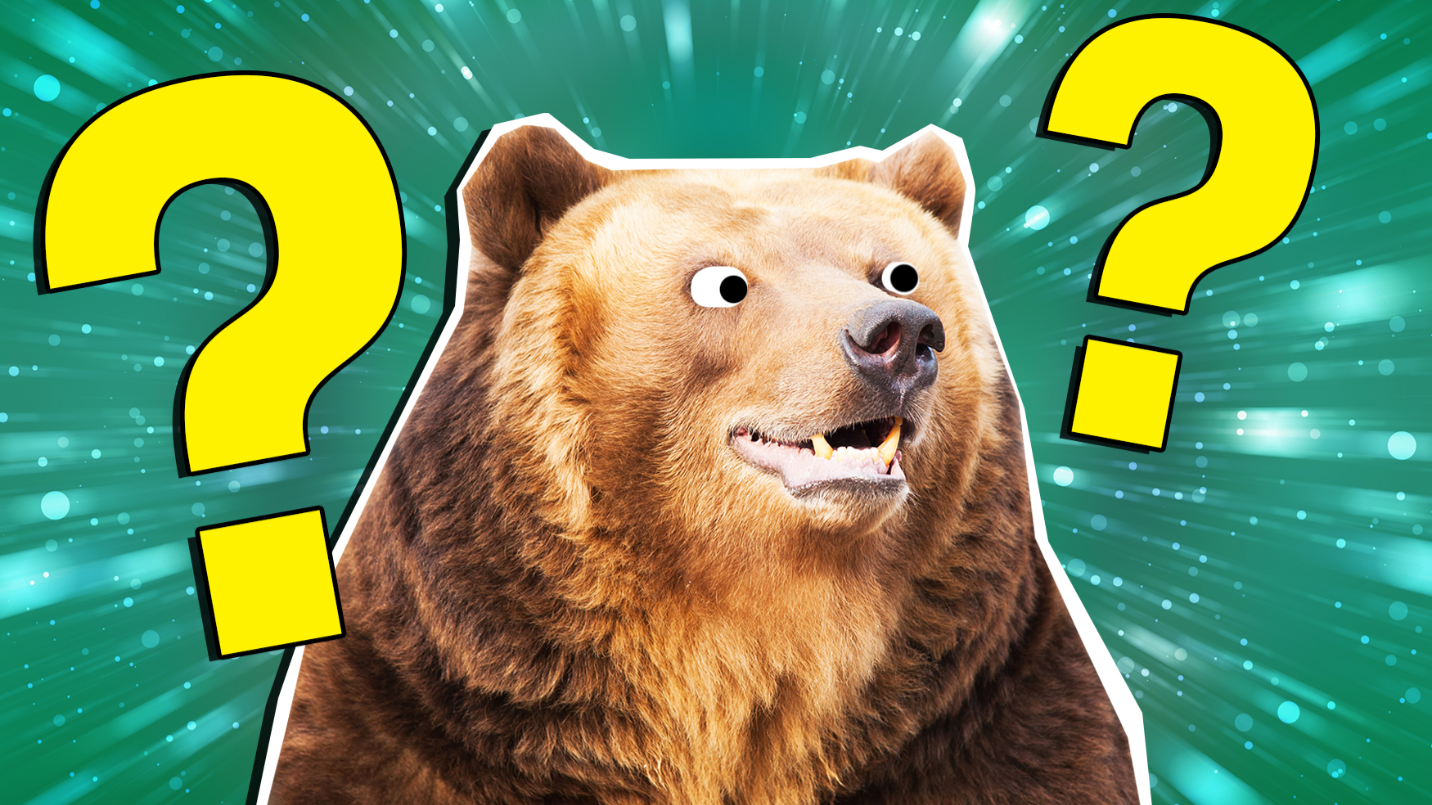 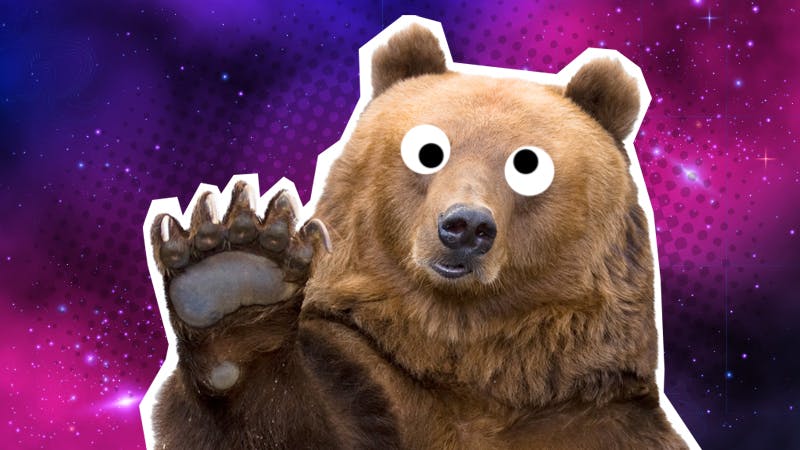 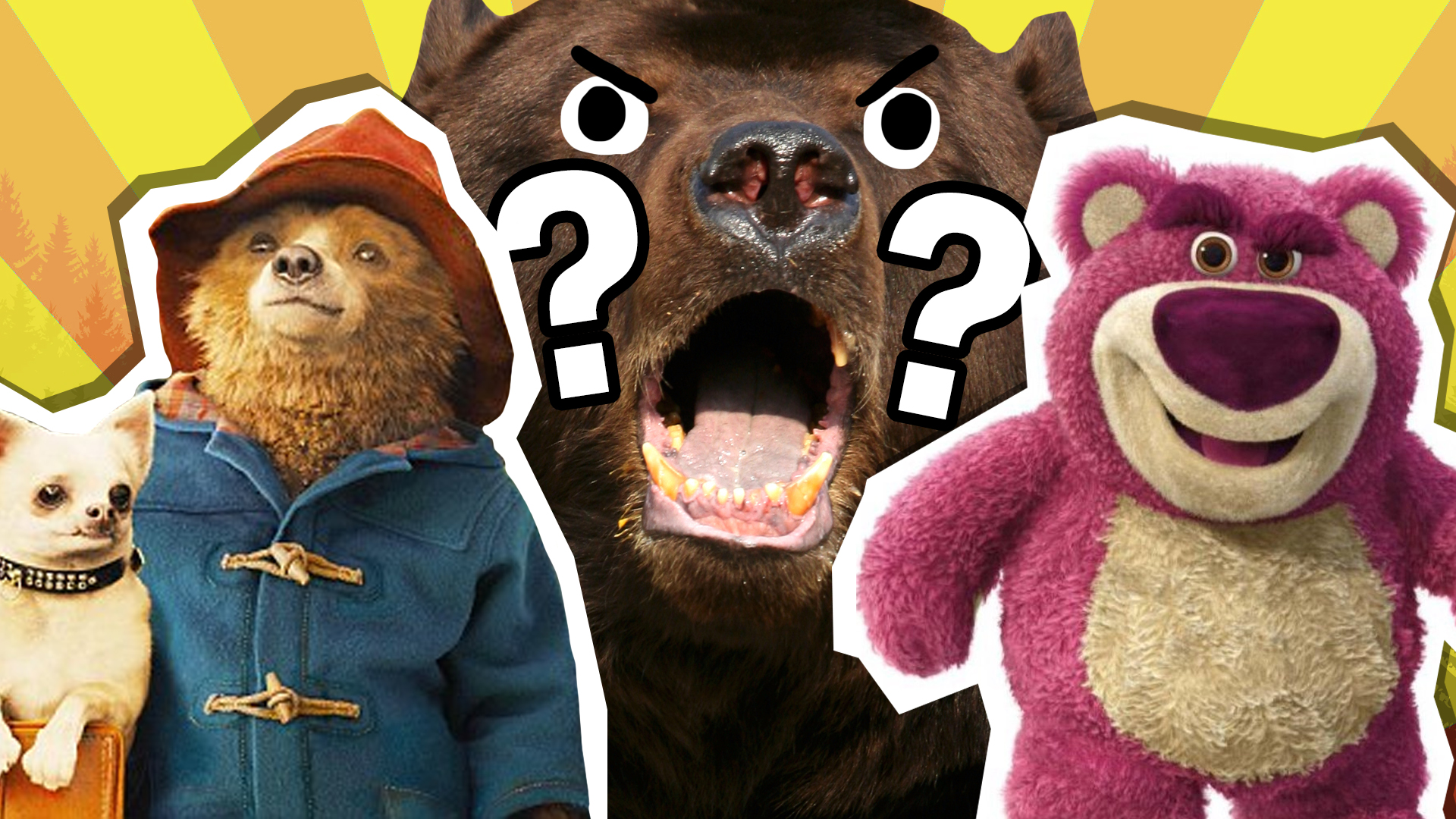 What Bear Am I? 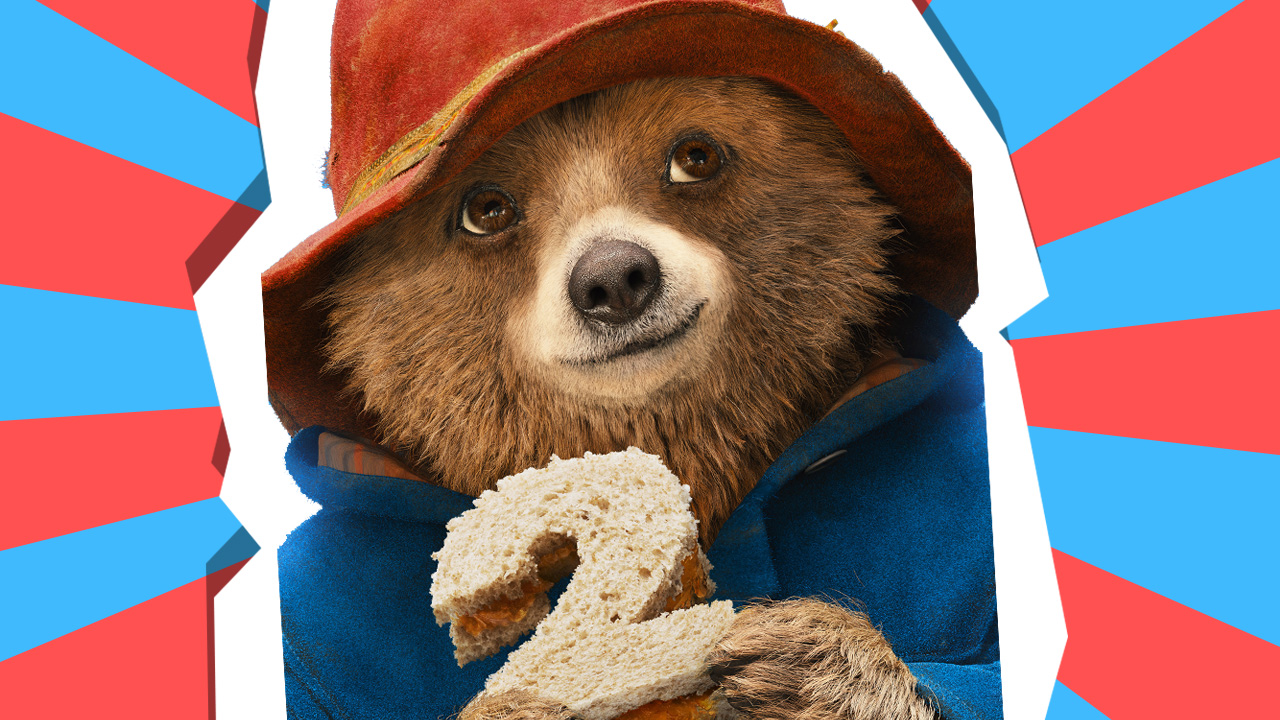 Check Out the Trailer For Paddington 2 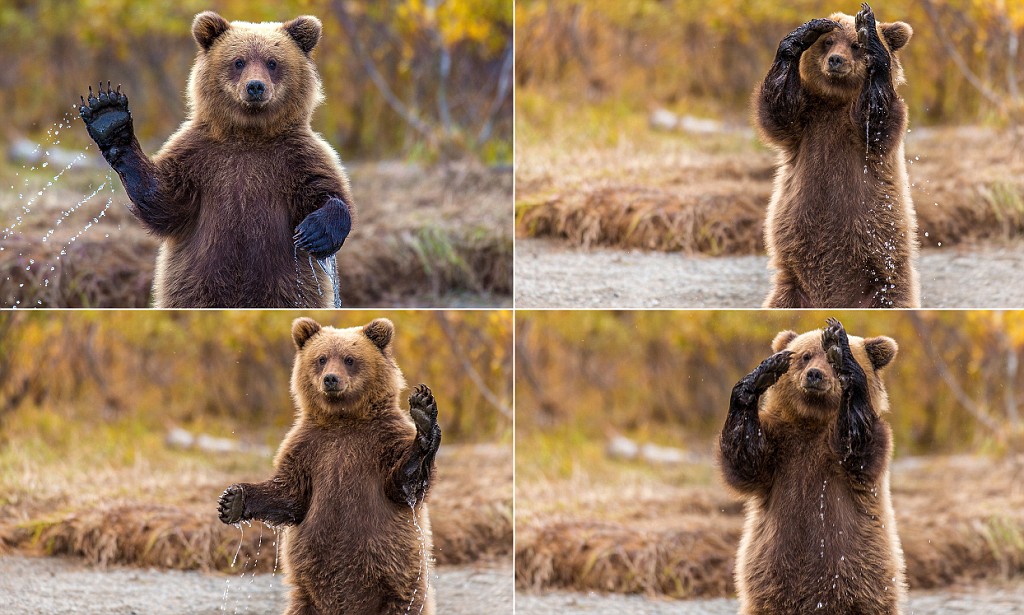