These Poseidon Facts Are sea-riously Interesting! Dive right in!

Wave goodbye to all the boring websites about Greek Mythology because these Poseidon facts are sea-riously interesting. If you’ve got a hankering for Ancient Greek Facts, Greek Gods or Greek Mythology then this list is for youlysees. It features all of Poseidon’s greatest hits, his numerous strange offspring and even a bit about his ultra bling underwater palace!

1 Poseidon Is A MAJOR Greek God!

Different parts of Ancient Greece worshipped different Greek Gods more than others, but Poseidon was one of the major gods in all the cities of Greece. In Athens, the biggest city, he was the second most worshipped god, after Ahthena for who the city was named. In Corinth and many other cities he was the most worshipped god of all!

2. Poseiden Is Creator Of New Islands and Wrecker of Ships!

In his kindest form, the ancient Greeks believed Poseiden to be the creator of new islands and the ruler of the calm seas. But he wasn’t always so chilled. When he was angry, Poseidon would strike the ground with his trident, causing the earth to shake, storms to form and - of course - ship to be wrecked and sailors drowned!

Maybe it was all that drowning that made ancient Greek sailors pray to Poseidon. They’d go as far as  sacrificing horses in return for a smooth passage across the sea. Alexander the Great (the founder of Ancient Greece) prayed to Poseidon by driving a four horse drawn carriage off the cliffs and into the sea!

4. Poseidon Was Eaten By His Dad!

Poseidon’s dad Cronus ruled the world. He was told that one of his sons would grow up and over throw him, just like Cronus did to his Dad, Uranus. As a result of this prophesy Cronus always made sure he ate his children as soon as possible. Eventually Coronus’ wife Rhea made Cronus sick up all the children he’d eaten. Big mistake! They grew up to be the gods Zeus, Hestia, Demeter, Hera, Hades, Zeus and Poseidon and eventally they destroyed Cronus and took over the world!

5. Poseidon Could Get Very Angry!

Poseidon was famous for his angry rages, and was believed to conjur fierce storms during his bouts of anger. He also got into lots of fights with the other gods, including one for ownership of Athens which he lost to Athena. Despite this, the Ancient Greeks believed him to be a good father who loved his children and brought them up wisely, even for a god!

6.Poseidon Is Also The God Of Horses!

Ancient Greeks believe that Poseidon created the first horse. Apparently, he was challenged to make the most beautiful creature imaginable to impress a girl. By the time he’d created the horse, he wasn’t that bothered about the girl. Poseidon’s often shown riding above the sea waves in a chariot drawn by hippocamps, strange sea horses who were half horse and half fish!

Talking of horses, Poseidon also created Pegasus, the magical winged horse. Myths differ about how this happened, but one story involved the hero Perseus fighting the Gorgon, Medusa. After he’d cut of her head, Poseidon mixed Medusa’s blood with sea foam to create a magical flying horse!

8. Poseidon Has An Awesome Trident!

Poseidon’s weapon of choice is the trident, a weapon based on a traditional greek fishing tool. He used it to kill the Giant Polybotes, split rocks,  create springs and toast marshmallows. Poseidon’s trident can now be seen on the flag of Barbados!

Poseidon married to Amphitrite, a sea goddess, and they had a son called Triton, who was a merman, half fish and half human! Even though he was in love with Amphitrite, it didn’t stop him falling in love with loads of other people, creatures and things.

10. So Poseidon Had Loads of Other Children Too!

Whilst his most famous child was Triton, his son with Amphitrite the Sea Godess, Ancient Greeks believed he fathered over 200 more children including Theseus who killed the minotaur, Atlas the king of Atlantis, and Polyphemus the Cyclops (who later was killed by Odysseus).

We won’t go into details about how it happened, but Poseidon fathered Charybdis, a sea monster who could belch whirlpools that would swallow ships! Nobody said Ancient Greek Myths aren’t weird!

12. Poseidon’s Missing Statue Has Been Found!

Picture the scene. It is 1877 on the island of Melos, a Greek island in the Aegean Sea, and a famous archeologist, exploring some ancient ruins discovers The Poseidon of Melos, a statue of Poseidon that dates all the way back to the Hellenistic Period! It was a major archeological discovery and the archeologist was very happy!

13. Poseidon Had a Blingin’ Palace!

Not content to be an angry, sailor-drowning god, Poseidon also insisted on having his own place. He was the only god not to live on Mount Olympus. Instead he hung out in in a golden palace under the sea, made of coral and gemstones! Sounds pretty bling!

According to Homer’s seriously epic Illiad, as punishment for annoying Zeus, Poseidon was sent to work for King Laomedon of Troy for a year. During that time Poseidon helped build a great defensive wall around the city. After the year was up, the King refused to pay Poseidon any money for the work but Poseidon would get his revenge…

15. Poseidon Takes His Revenge On The King Of Troy!

After the Trojan Prince Paris kidnapped famous Greek beauty, Helen, the City of Troy was attacked by Greeks. Poseidon is believed to have taken their side because of his beef with King Laomedon and even saved Greek mega-hero Achilles (The Ronaldo of Ancient Greece) from drowning in a river.

16. Poseidon Appears In The Odyssey!

Posedien’s not just in the Illiad. He also stars in the sequel called the Odyssey. After the hero, Odysseus blinds Poseidon’s  giant one-eyed son Polyphemus, Poseidon disrupts the journey of Odysseus to his home with storms causing a ten-year delay!

Amongst loads of other famous books and films (like the Illiad, the Odyssey and Rick Riordan’s Percy Jackson) Poseidon also features as the father of Disney villain, Ursula! Poseidon is one of the most influential Greek Gods. Today, he is still seen in books, films, and comics worldwide!

18. Poseidon And Neptune Are The Same Person!

The Roman’s based their religion on the Ancient greek’s. Poseidon became merged with  Neptune, the roman god of fresh water. Now, just like hiss brother Zeus (or Jupiter to the Romans) Poseidon even a has a planet named after him (Neptune)! Sorry Hades. No real planet for you.. You just get Pluto.

19. Poseidon Features In The Aquaman Comics!

The DC Comics hero Aquaman posseses the Trident of Poseidon, an unbreakable trident that serves as an extension of Poseidons power! Posieden also blesses Aquaman with new powers to help him fight the Thule, a secret organisation of sorcerers! Sounds exciting.

20. Poseidon Has A Beard

Poseidon has an epic beard. Sometimes it’s shown as seaweed and other times it’s depicted flowing as if suspended in water! Even cooler than his beard, if you rearrange the letters of the word Poseidon you can make the phrase ”snide poo”. It’s funny because it’s rude! 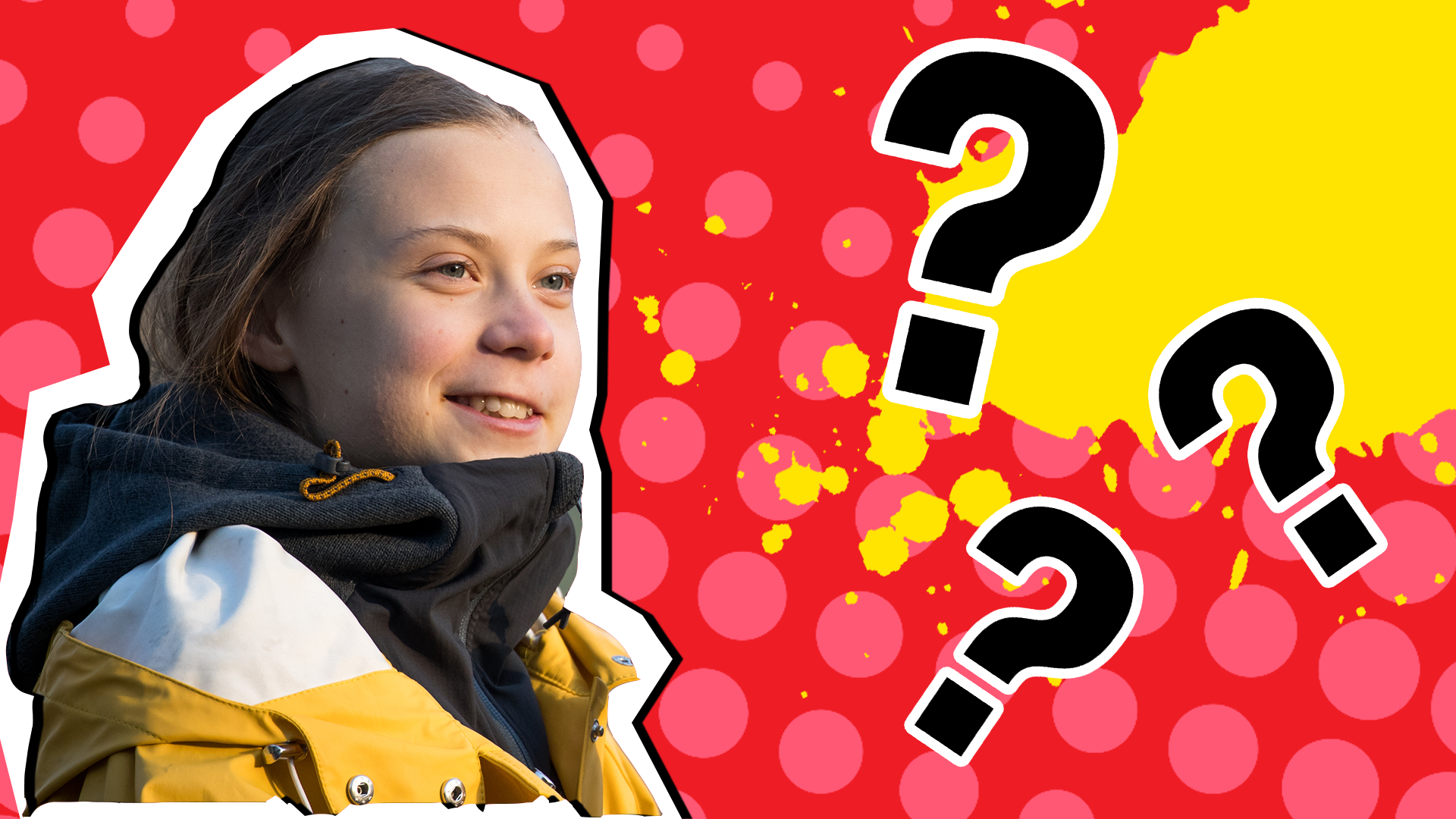