The Grinch is everyone's favourite grouchy Christmas character. He first appeared in Dr. Seuss's story book, but he has also starred in four movies and several stage versions of the story! With so much history there's a lot of fun facts about the green grump you might not know - check out our festive fun facts here! For more Grinchy goodness take a Grinch character quiz here, then test your knowledge with a Grinch trivia quiz!

Well, at least the story is! Dr. Seuss (real name Theodor Seuss Geisel) first published the book in 1957, and it's been a children's classic ever since!

The Grinch made an earlier appearance in a poem by Dr. Seuss, called "The Hoobub and the Grinch", in 1955. In this poem he's yellow instead of green, and he tricks the Hoobub into buying a piece of string (guess he's always been a shady fellow!)

No, as far as we know Dr. Seuss never tried to steal Christmas. But he wrote the book after feeling grouchy around Christmastime, due to his wife's ill health and the fact that he thought the holiday was becoming too much about presents.

4. You can read it in Latin

If you can read Latin then good news! The book's Latin title is Quomodo Invidiosulus Nomine Grinchus Christi Natalem Abrogaverit. Bit of a mouthful.

5. The Grinch isn't green in the book

If you read the book you'll notice it's coloured in red, white and black - the colour green doesn't show up at all, in fact the Grinch looks black and white with red eyes! This was changed for the 1966 TV cartoon adaptation. He's been green ever since!

Or rather, his actor did! Boris Karloff was an actor most famous for playing Frankenstein's monster and the Mummy in the 1930s Universal horror films. He narrates the 1966 cartoon and voices the Grinch, too.

7. Another famous voice is in the cartoon, too

You probably don't know his name but you might know his voice. The iconic Christmas song "You're A Mean One, Mr Grinch" was performed in the cartoon by Thurl Ravenscroft. Thurl did voices in a lot of classic Disney movies (he was the scary roar of Monstro the whale in Pinocchio!), and if you've ever been to a Disney park you've heard his singing voice on one of the classic rides, like Pirates of the Caribbean and the Haunted Mansion. He was also the voice of Tony the Tiger, the Frosties mascot!

8. There's a prequel to the cartoon set at Halloween

In 1977 a cartoon called "Halloween is Grinch Night" aired on TV. This had the Grinch wreaking havoc on Halloween night, forcing the Whos to stay inside their homes until a clever young Who is able to stall him.

9. It was a little bit too scary

It's not unusual for a network to make edits to films so they fit in with the schedule, but one famous scene in the cartoon featuring the Grinch giving a rather creepy smile was cut from some TV showings in the US. Maybe it was too scary? What do you think?

10. The cartoon is a Christmas classic

The cartoon is an annual tradition for many Americans and is considered one of the great Christmas classics, alongside Home Alone and It's A Wonderful Life. It holds a 100% score on Rotten Tomatoes!

11. The live-action movie could have been very different

The live-action adaptation came out in 2000 and starred Jim Carrey as the title character. But some of the other actors considered include Robin Williams, Eddie Murphy, Tim Curry and even Tom Hanks!

12. That costume was VERY uncomfortable

The Grinch costume took two hours to put on and an hour to take off, and Jim Carrey did NOT enjoy wearing it. He felt so confined in the costume that he actually consulted a CIA expert on interrogation, for advice on how to deal with the discomfort!

13. The tablecloth joke was improvised

In one scene the Grinch whips a tablecloth off a table. It was written so that the Grinch would knock everything over, but Jim Carrey managed to pull it out without disturbing the stuff on the table. He then improvised a joke where the Grinch returns to knock everything to the ground, and then kicks the table over. It's probably funnier as a result!

The actors and actresses playing the Whos went to "Who school", where they learned how to move and be comfortable with the prosthetic makeup and costumes they had to wear to look Who-like!

15. There was a lot of knitting for the film

250 pieces of knitwear were made for the film, including eight copies of the stripy jumper the Grinch wears. There were three knitters making the clothes in only 120 days!

16. There are circus performers in the background

Artists from the world-famous Cirque du Soleil appear in the background of crowd scenes, doing over-the-top gravity-defying stunts to buy presents . It shows how much the Whos love Christmas!

Tim Burton, director of Edward Scissorhands, Charlie and Chocolate Factory and Corpse Bride, almost directed The Grinch too, but ultimately couldn't as he was doing another movie. Might the film have been creepier if he did it?

18. The Queen went to the premiere

...yes, that's right! Jim Carrey had to be on his best behaviour to meet Her Majesty. We wonder what she thought of the film?

In Illumination's 2018 movie The Grinch, the title character is voiced by English actor Benedict Cumberbatch. The producers were happy for him to use his normal accent, but Benedict thought he should sound American as everyone else in the film does!

The music for the movie was composed by Danny Elfman, a legendary film composer who's probably best known for doing the music to The Nightmare Before Christmas, the Spiderman trilogy, the theme to the Simpsons and most of Tim Burton's films. Rapper Tyler the Creator did an original song for the movie called "I Am The Grinch." Tyler and Danny worked together to make a new version of "You're A Mean One, Mr. Grinch," which was in the film's trailer. Also, even though he wasn't in the soundtrack, "Happy" singer Pharrell Williams plays the film's narrator! 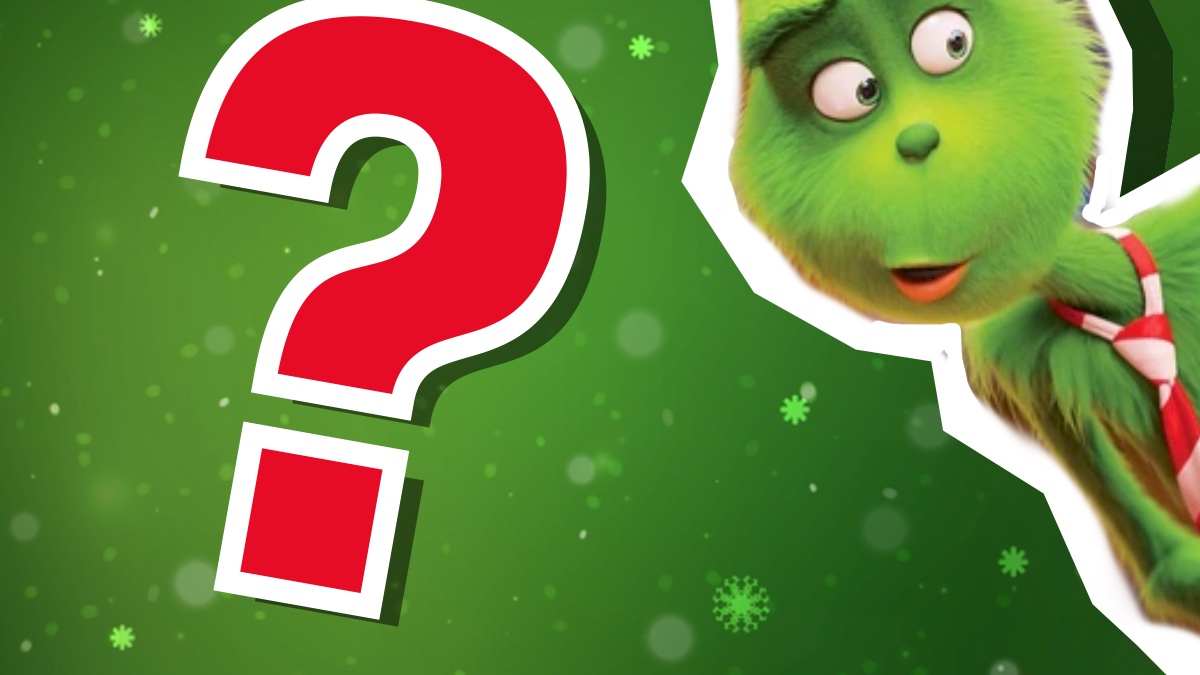 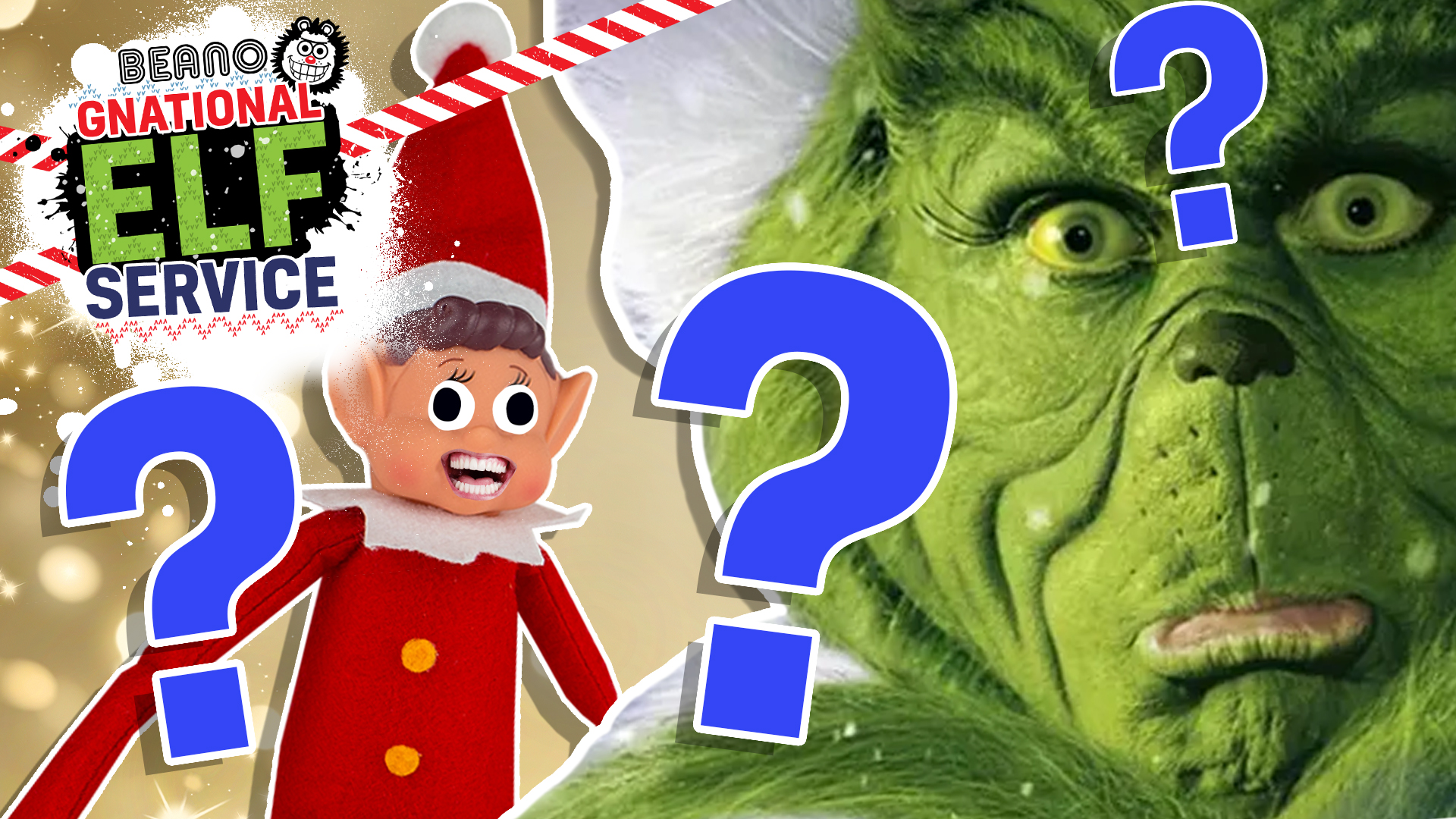 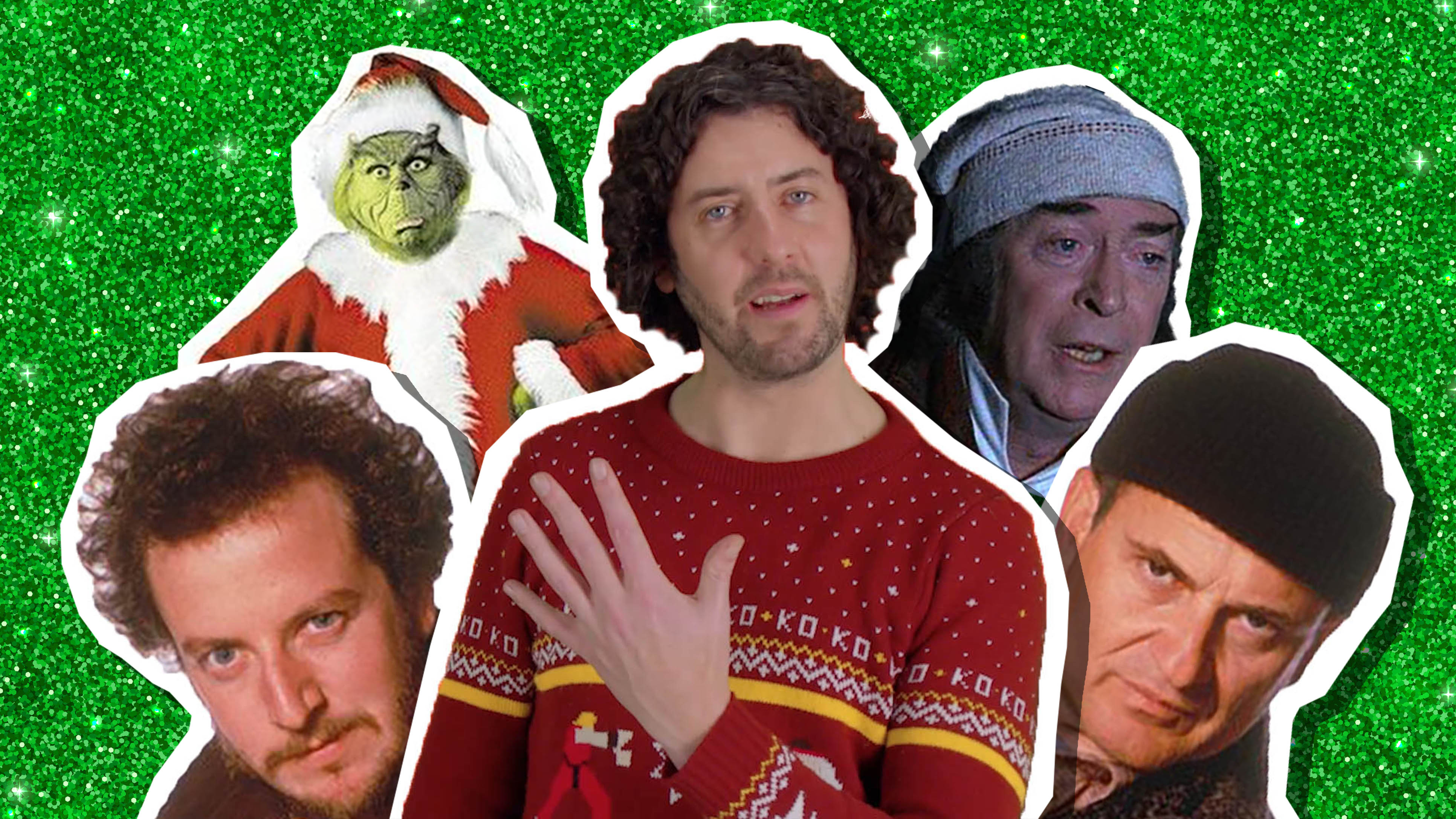 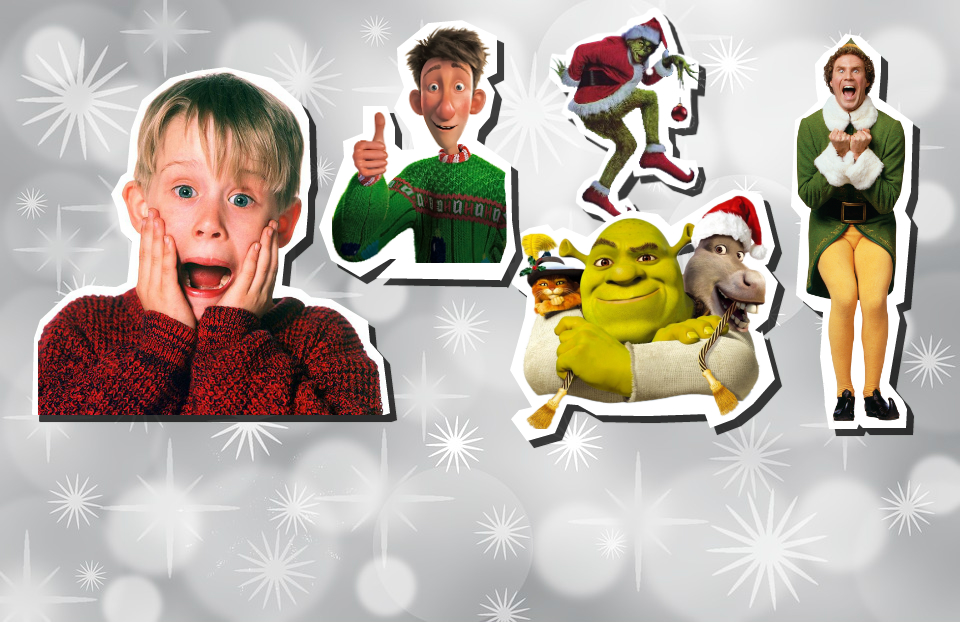 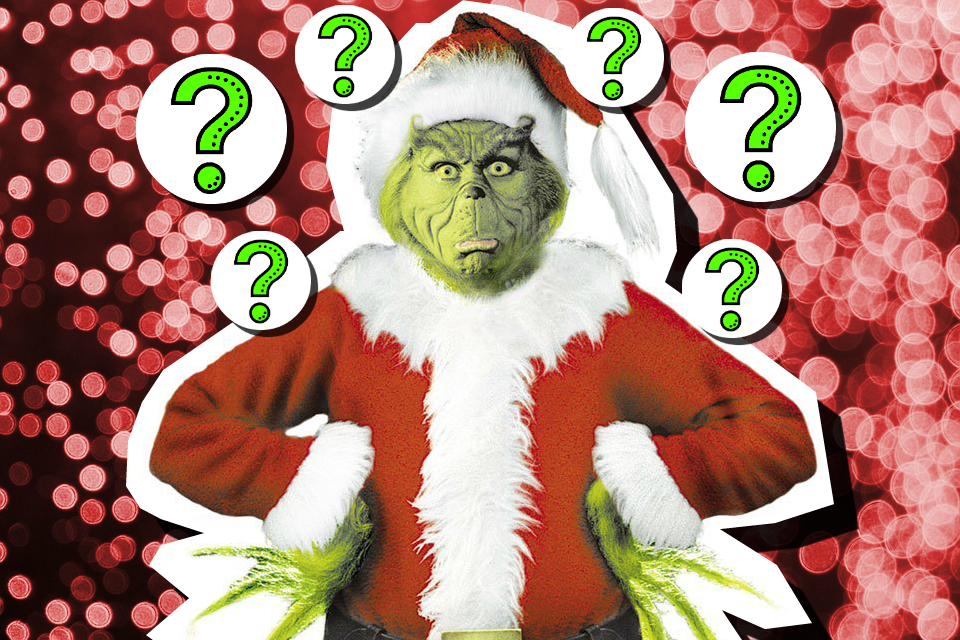 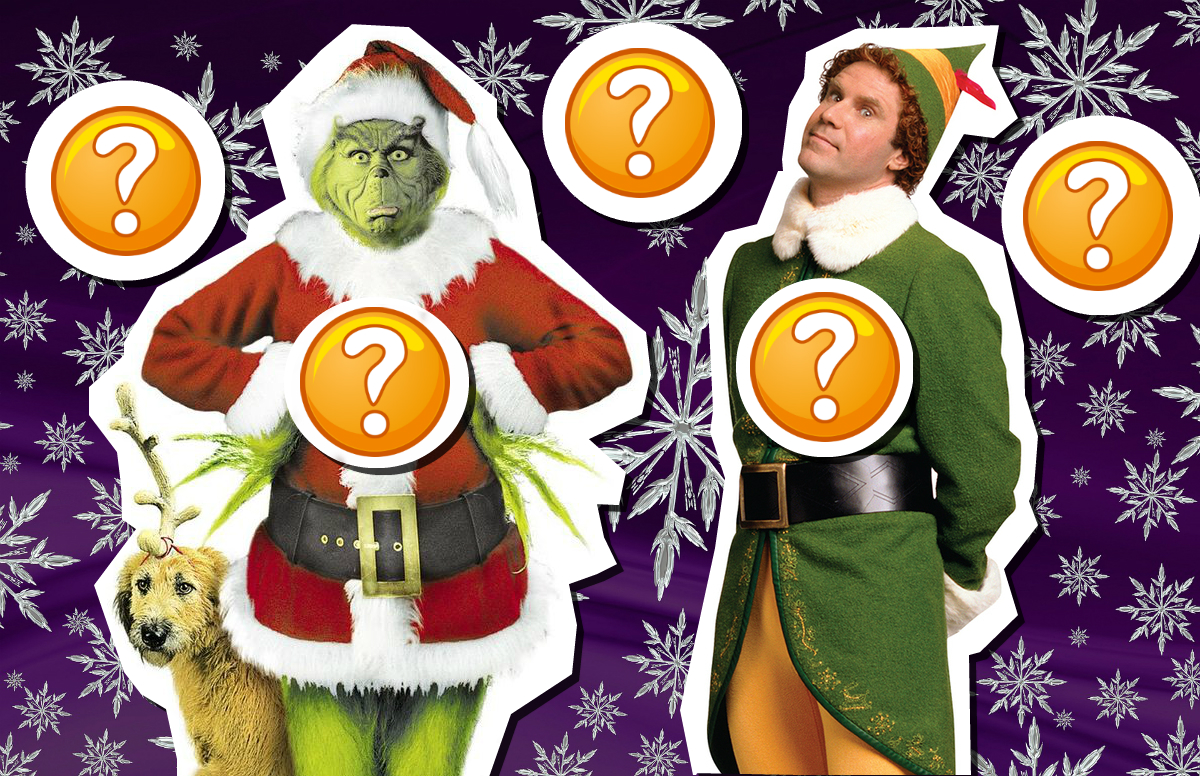 Quiz: Are You a Buddy or a Grinch?