Donovan “DhTekKz” Hunt wrecked his opponent to go through to the FIFA eWorld Cup Grand Final!

Donovan Hunt, whose handle is DhTekKz, won the FUT Champions Cup in Barcelona at the weekend! He had to beat fierce competitors from the PS4 and Xbox One divisions, but managed to defeat them all to come first overall! He beat Gonzalo Nicolas 'nicolas99fc' Villalba in the final match 9 - 3 on aggregate.

That shocked a lot of people - and it seems like it shocked DhTekKz himself! 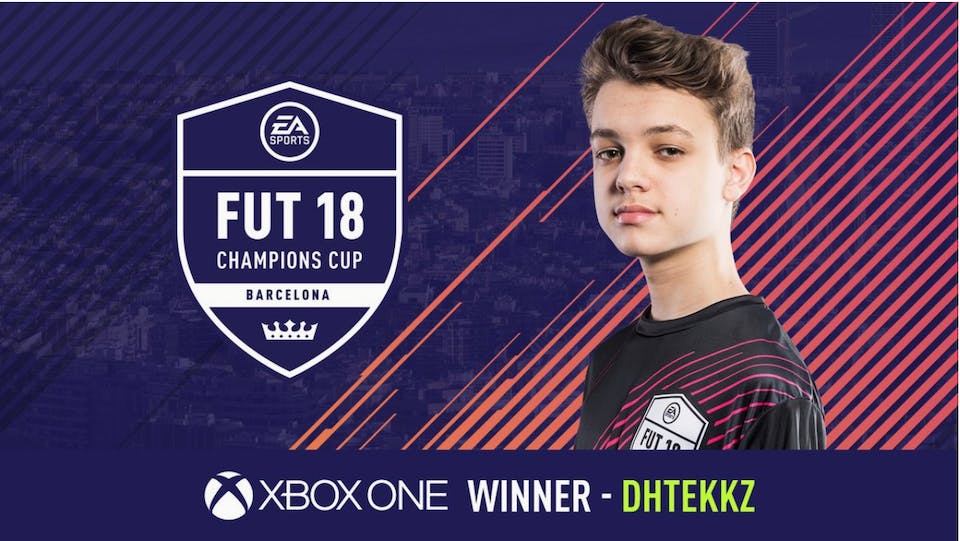 After he won the final match DhTekKz was interviewed by FIFA expert ChuBoi. He said that when he saw the list of players he'd have to beat to get through to the final, he was worried he might not win. He said: "I was starting to think the competition was a little bit rigged"!

What were his stats?

Over the tournament DhTekKz scored 45 goals against other players and only let in 26! That's a spread anyone would be happy with!

He managed to win 5 out of the 7 games he played. How many games out of 7 do you think you could win at a pro tournament like this? 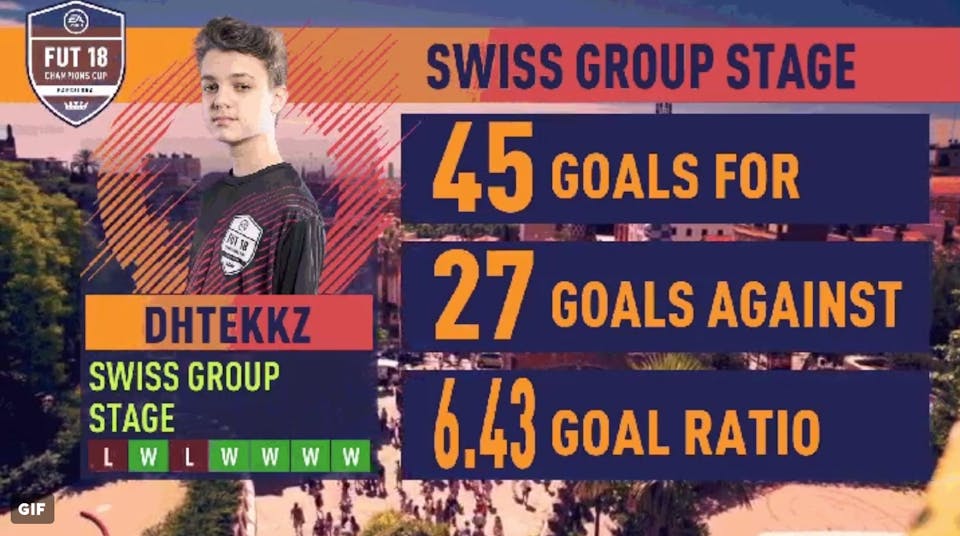 What does that mean?

The prize for winning is that DhTekKz automatically goes through to the Grand Finals of the FIFA eWord Cup later this year, where he might win a huge cash prize and a place at the Best FIFA Football Awards™!

It also makes it much more likely that he'll be signed to one of the huge esports teams! Imagine being paid to play video games...

DhTekKz is only 16 years old - and a lot of people were surprised that someone so young could have won the tournament!

Who else got through?

Even though he won, there's a lot of other players who got through to the playoffs stage of the FIFA eWorld Cup Grand Final.

So far, some of the gamers who are through are Gorilla, Hashtag Ryan, Deto, Sakul, and Vfl Megabit. There's gonna be some amazing matches then!

Why did they play the final on Xbox?

On the day of the tournament, the PlayStation Network was down! Talk about bad timing! That meant that instead of playing a match each on both PS4 and Xbox One to make sure no player has an advantage, they had to play both final matches on Xbox instead. Some people said that gave nicolas99fc a disadvantage...

Which game would like to play in a tournament?

FIFA is great, but there are loads of other games you could play competitively! Which of these would you pick to be the World Champion of?

Quiz: Which FIFA 18 Player Are You?
FIFA 18: The Ultimate Scream Team!
The Secrets of FIFA 18's Worst Player!
Hunter Vs Ronaldo: Who's Best?
FIFA 18: The Ultimate Quiz
FIFA 18: Ready To Rage?
Ultimate Gaming Mega Quiz!
FIFA 20 Personality Quiz!
Which FIFA 20 Coach Are You?
Which FIFA 20 Skill Move Are You?
Ultimate FIFA 20 Quiz!
Do You Actually Prefer FIFA or Forza?
Which FIFA 20 Player Are You?
What Percent FIFA Are You?
Fortnite or FIFA?
The FIFA x Minecraft Personality Quiz!
FIFA 19 Trivia Quiz!
Fiendish FIFA Goalscoring Challenge!
Can You Build An Amazing FIFA 19 Team?
How Popular Are Your FIFA Opinions?
Are You More FIFA or Fortnite?
FIFA 19 Would You Rather
FIFA Career Mode Hacks
What We Want To See In FIFA 19!
How Well Do You Know Alex Hunter?
What Type of FIFA Player Are You?
How Well Do You Know FIFA 18?
Who Made FIFA's TOTY?
Game of the Year 2017: Minecraft
Usain Bolt + Pro Evo = PERFECT!
Check out the FIFA 18 trailer!
Alex Hunter is Going Global!
FIFA 18's Cover Star Revealed!
5 Apps Like FIFA
Alex Hunter!
FIFA 17
Rocket League in Real Life!
FIFA Jokes
Build a FIFA Team and Pick a Movie
The Ultimate Pacybits FUT 19 Quiz!
What FIFA 19 Player Are You?
Football in Fortnite
Fortnite Loves Football!
Wayne Rooney in Angry Birds?
FIFA 18: Everything You Need To Know