I’m Toots. The only girl in Class 2B. Which is a bit weird but I like it that way because girls won’t do what I tell them, and boys always do. Which kind of means I'm in charge of everyone. Even Teacher.

The only problem with boys is that they smell so bad. Why is that? We eat the same stuff, don’t we? Do boys secretly eat sprouts when girls aren’t looking? 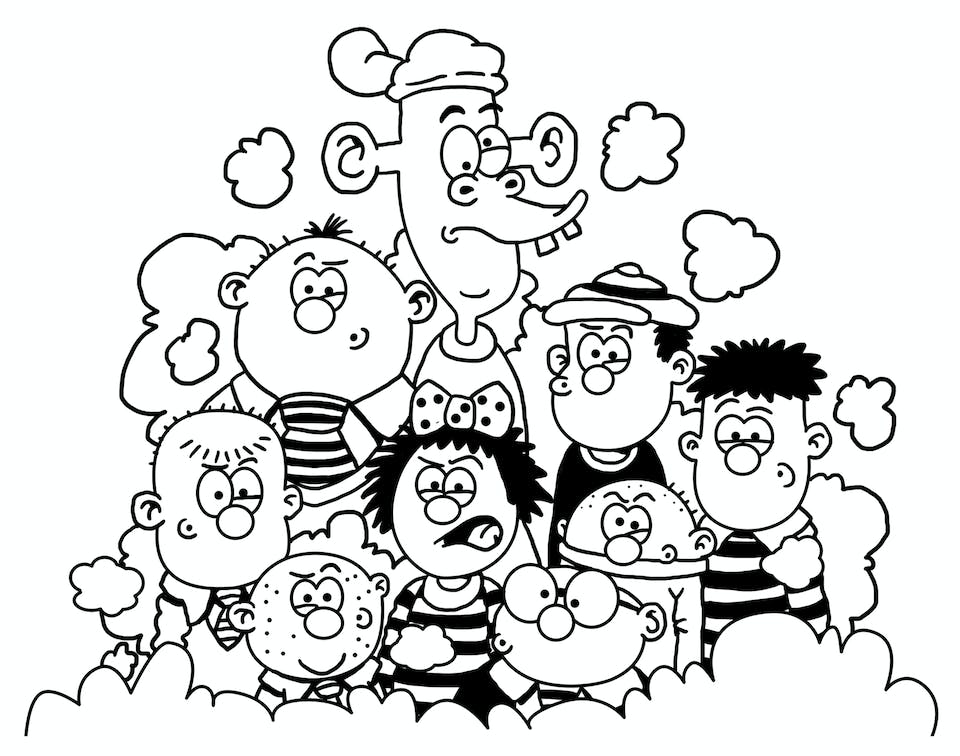 Mum says I’m a tomboy. Which is a girl who likes to do "boy stuff" like climbing trees, playing video games and fighting. This doesn’t make sense because I’m better at all that than boys. The way I see it is that boys like to do girl stuff.

I play with dolls too, though. Today I made a parachute for my doll, Doll. That's her name. She didn’t break anything when I thew her out of my bedroom window so the parachute must have worked.

Mum thinks I should give my doll a better name than Doll. I’m thinking maybe Destroyer or Jill… or maybe Jill the Destroyer. 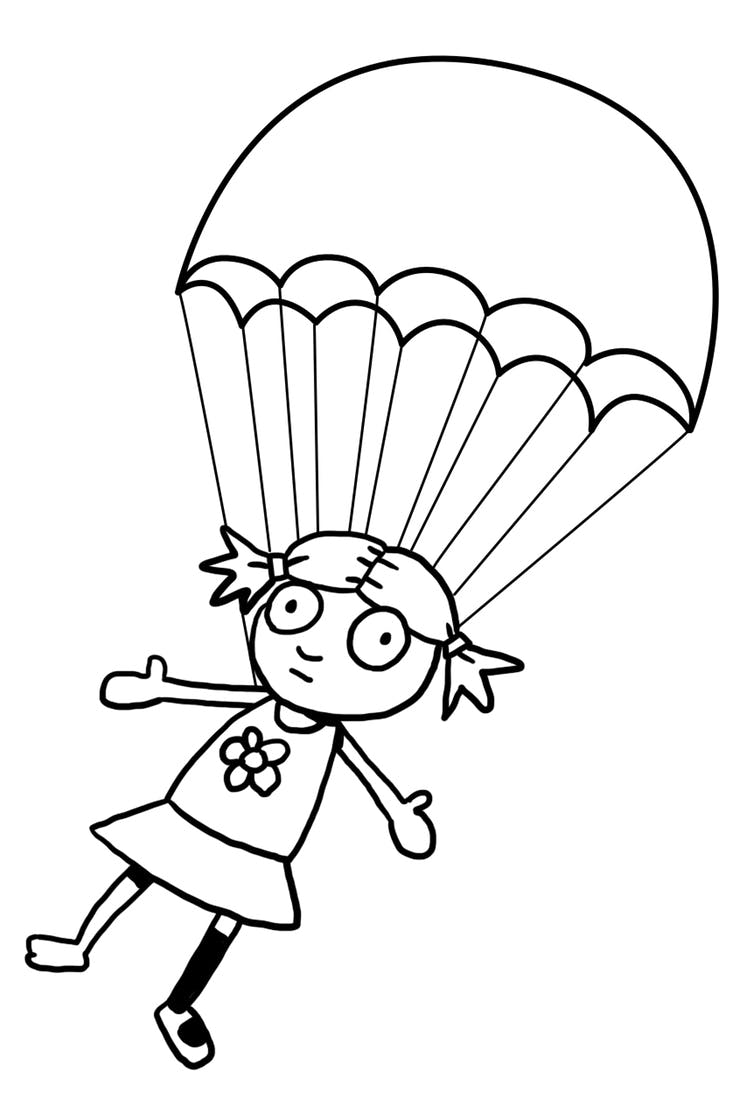 Extra homework today. I could ask (shout) any of the boys to do my homework for me and I know they’d do it. Well, maybe not Danny.

The problem is that they’re all idiots! Even my brother Sidney. Which I don’t understand because he’s related to me. 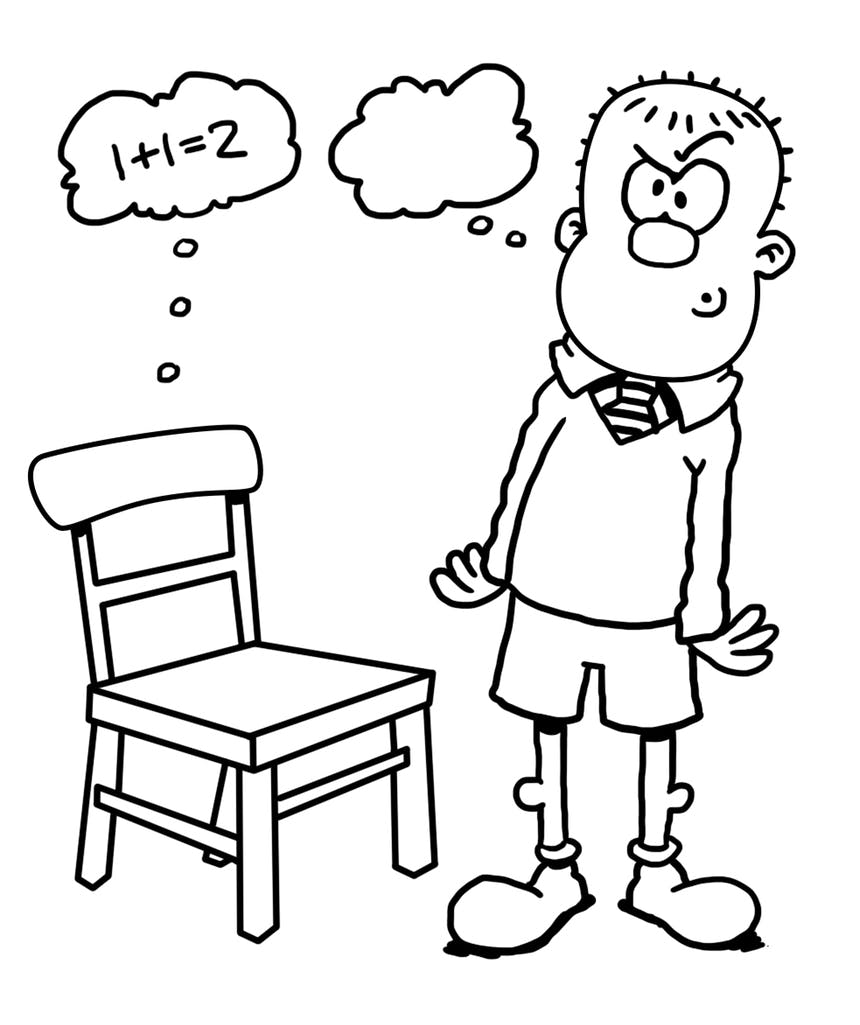 There’s only one boy I like in school. Unfortunately he’s not in my class. His name is Dennis. Well… I don’t actually like him but he’s the boy who’s the least annoying out of them all.

Today he sneaked his dog into school. Which he does a lot. No-one knew until it sniffed out the sausages in the canteen and then… well, here’s a drawing of that. 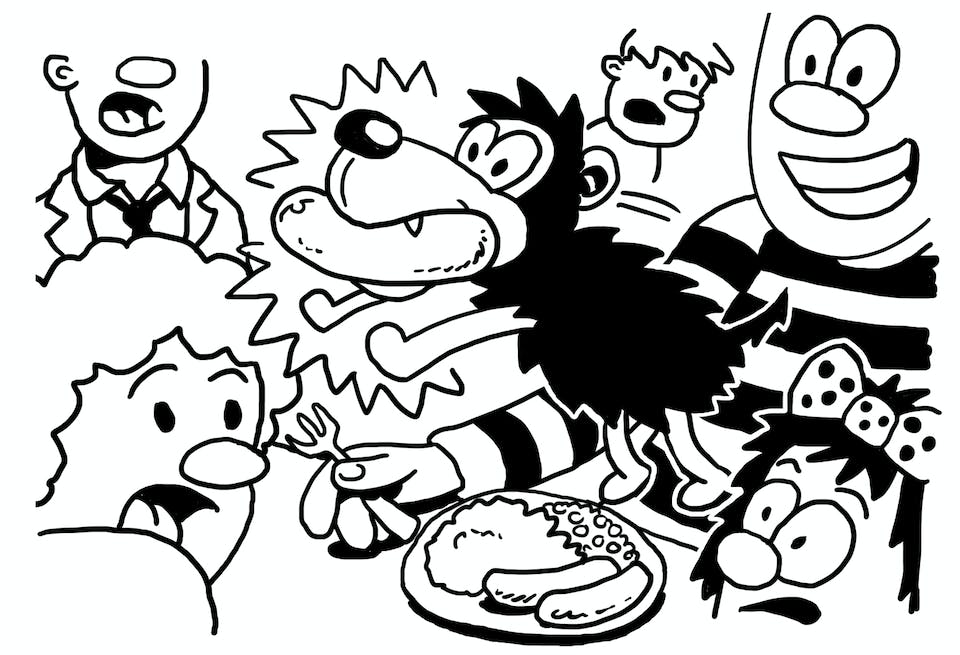 Boys will do anything I ask (shout) them to do, but it’s not always a good idea to do that.

I left my pen in class and I asked Smiffy to get it for me.

He went away and brought me back a toaster. Then he said "Here’s your headphones". Bizarro!

Also, one time in the canteen I asked Fatty to get my dinner for me - I haven’t seen him since! 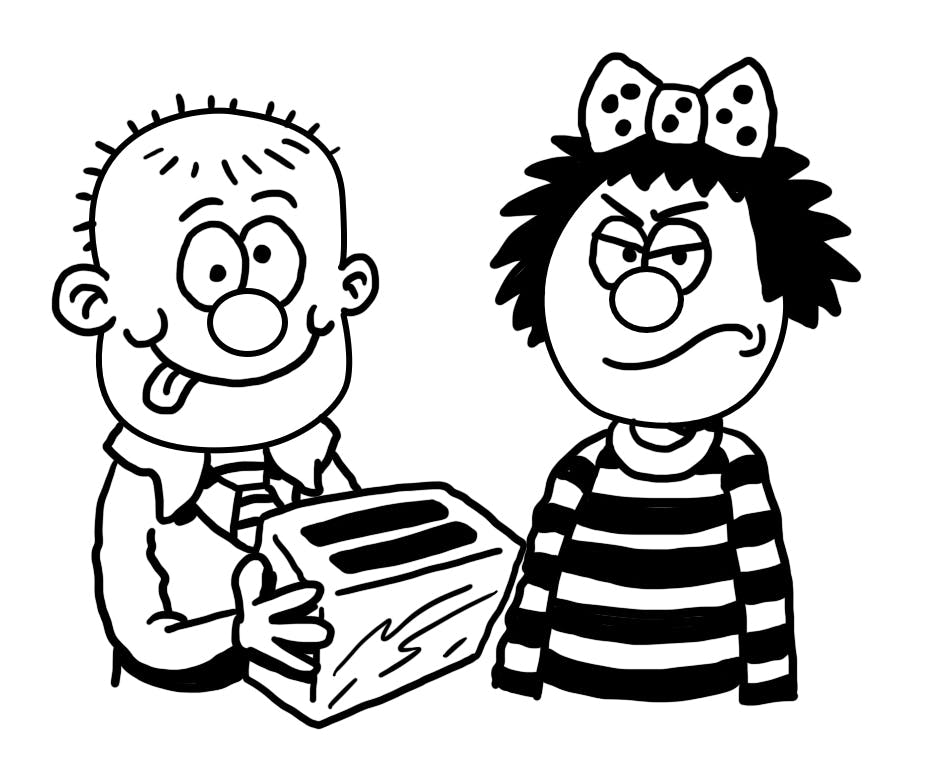