Everything You Need To Know About the LEGO Millennium Falcon!

This makes it the biggest LEGO set ever produced. 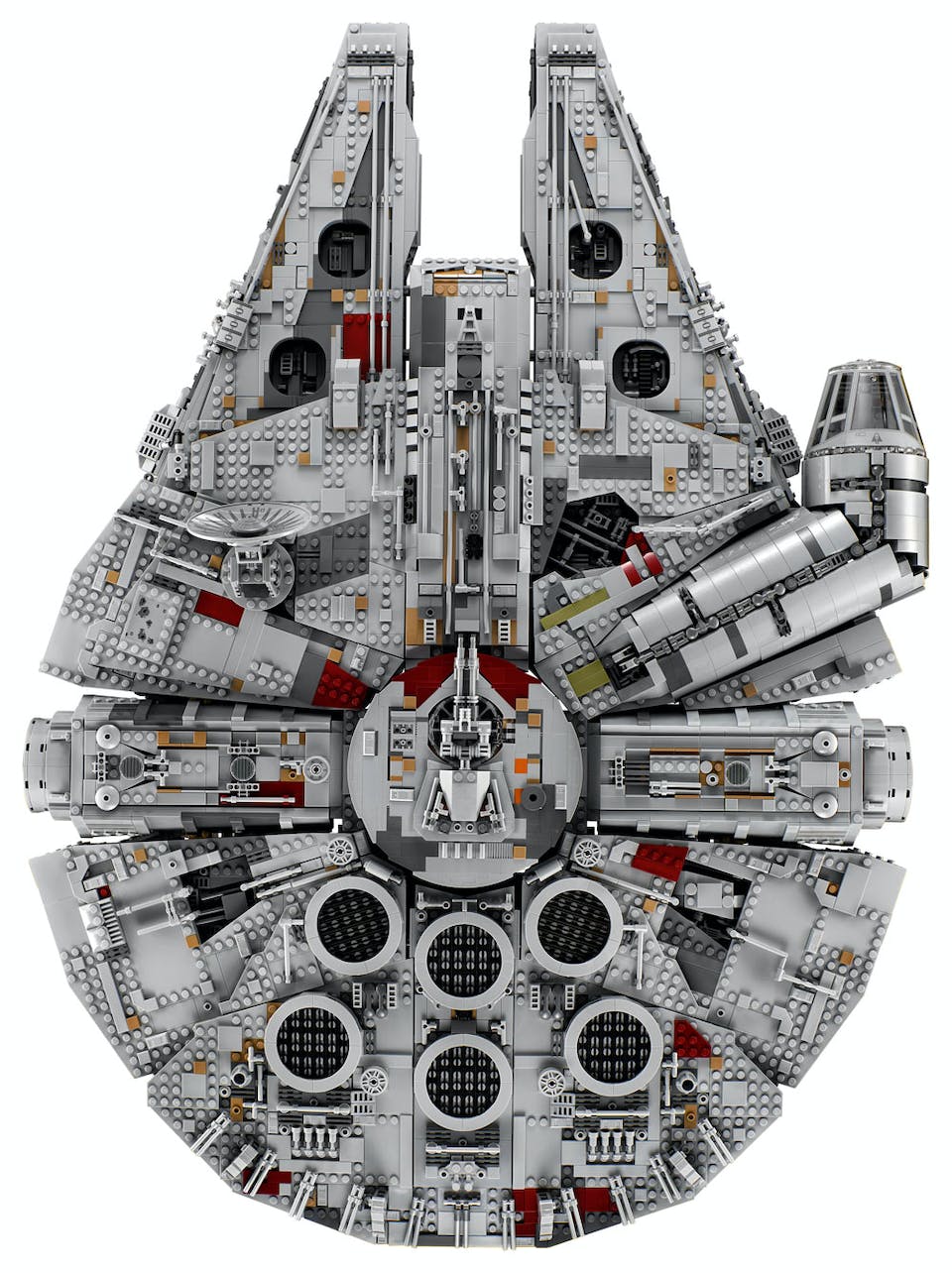 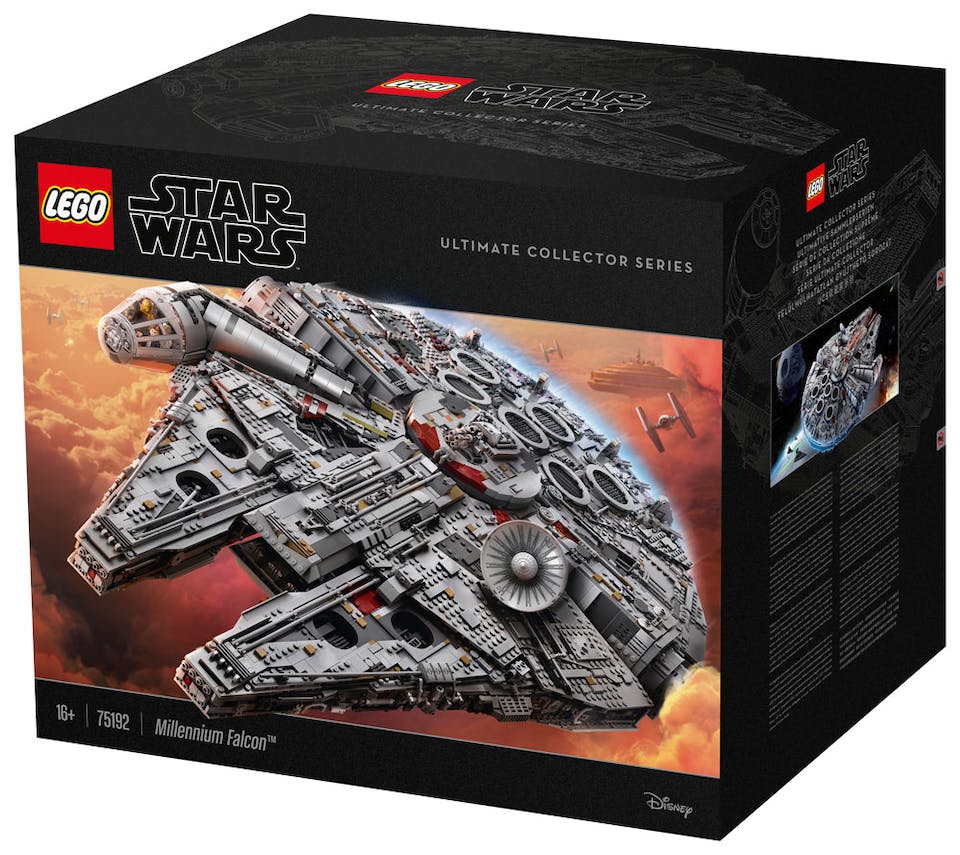 There are Porgs in it!

The new cute creatures from The Last Jedi are in there! Awww! 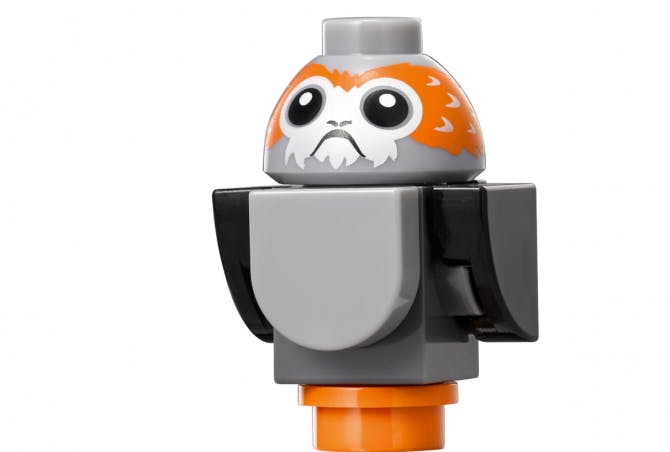 You can decide which version of it to build! 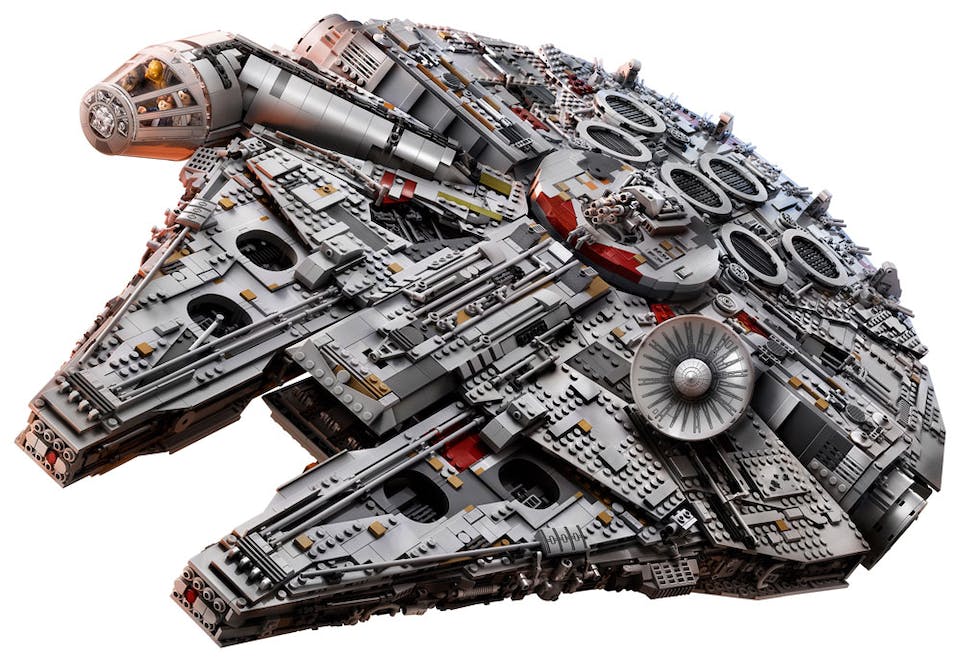 It's got a sweet interior!

The previous LEGO version of the Millennium Falcon, 10 years ago, had nowhere near the level of interior detail this one does. There's a holochess board! 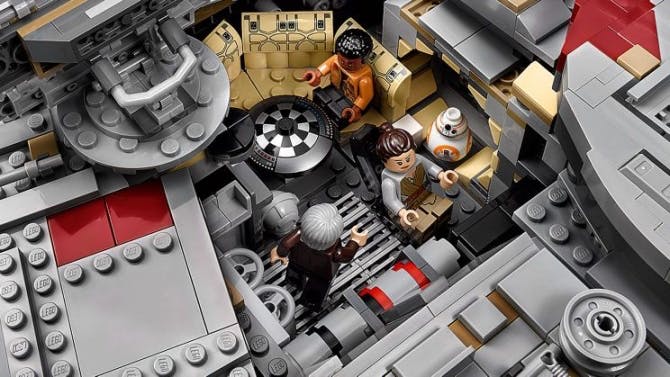 See the middle of that dish? That's a grey version of Sensei Wu's hat from Ninjajo – the designers thought it was the perfect piece to go there! 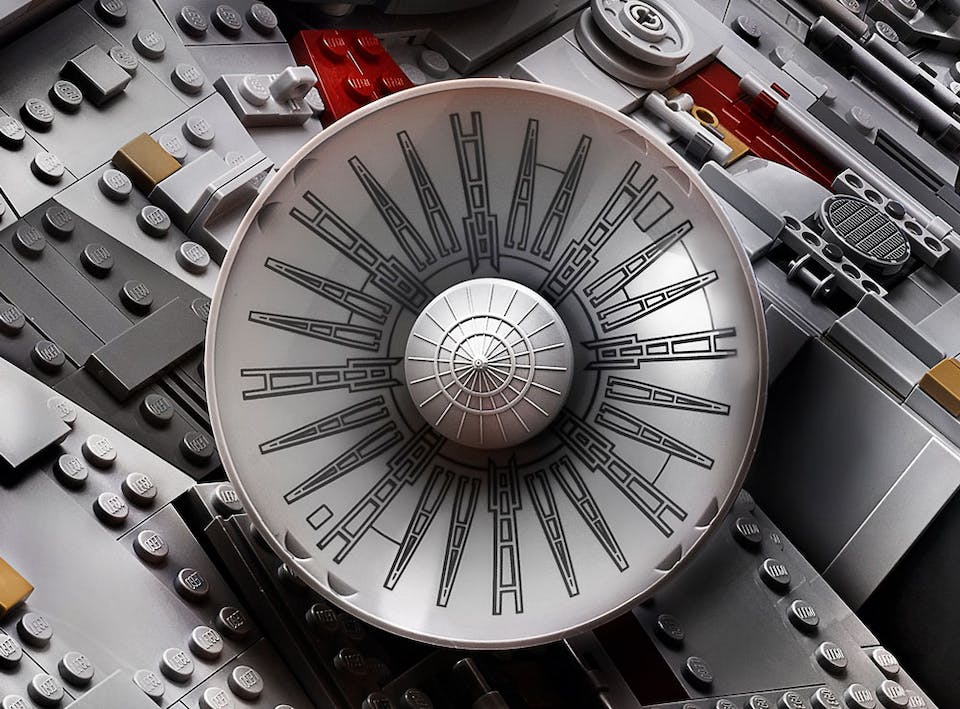 The cockpit contains a brand new type of brick!

We're not sure what it is, but the people at LEGO reckon it's going to become a really useful one in future. Or a long time ago, in a galaxy far, far away... 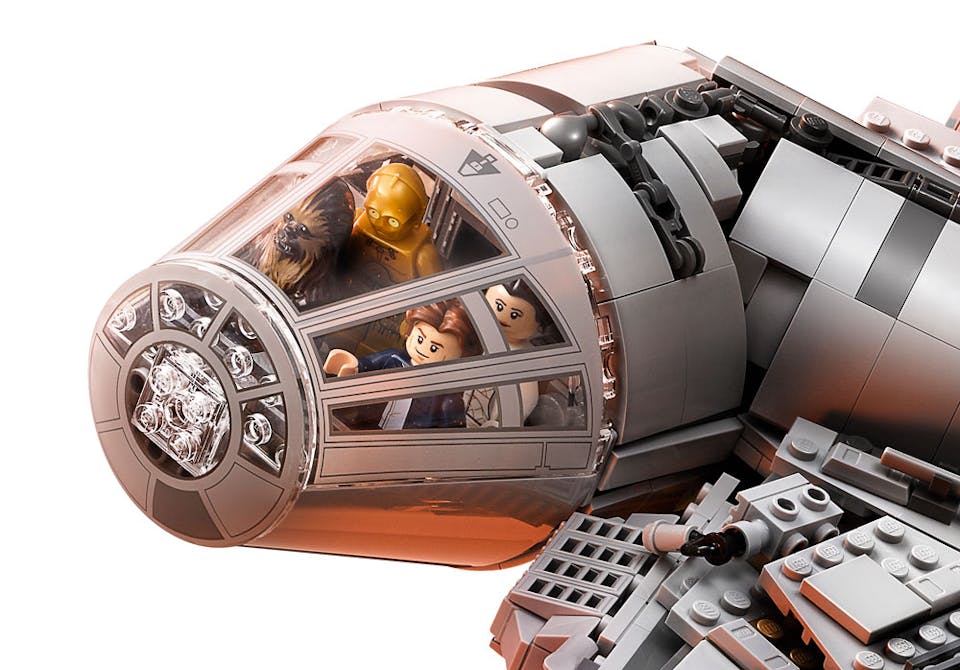 Sponsored
The LEGO Movie Lyrics Quiz!
Which LEGO Movie Character Are You?
New Star Wars Nerf Blasters!
Star Wars: They've made an evil BB-8!
The Hottest New Film Trailers!
LEGO Marvel Super Heroes 2 Trailer!
Toy Explorer - Pop Up Darth Vader
The LEGO Ninjago Movie is Coming!
LEGO Movie Fails!
Star Wars Toys
Star Wars Cluedo
LEGO Disney Frozen!
Rogue One U-Wing
Toy Explorer - BB8 Forceband
What Disney Prince Are You?
Ultimate Shrek Quiz!
The Ultimate Emoji Quiz
Which Marvel Villain Are You?
The Ultimate Toy Story 4 Quiz!
SATs Are Over!
8 Star Wars Secrets!
Everything There Is To Know About LEGO
2017's Best LEGO!
Everything You Need to Know About Porgs!
All You Need to Know About Star Wars!
The Rock Made a Movie... With Siri?
Star Wars, DC and Marvel News!
Despicable Mega Construx!
7 Things You Need To Know About LEGO!
There's Going to be a LEGO Movie 2!
You Can Now Buy an Iron Man Suit!
7 LEGO Facts!
Which Mandalorian Character Are You?
Star Wars Trivia Quiz
Which Disney Prince Is Your BFF?
Sponsored
Which Marvel Battleworld Figure Are You?
Star Wars Character Name Quiz
Disney Facts
Are You Actually Baby Yoda?
Which Jedi Are You?
Which Star Wars Villain Are You?
Which Star Wars Jedi Are You?
Which Star Wars Prequel Character Am I?
Star Wars Quiz: Are You a Jedi or Sith?
The Ultimate LEGO Ninjago Quiz!