The Incredibles are everyone's favourite superfamily. But did you know that Violet was bald for most of the film's production? Or that the 'No capes' rule was there for a special reason? We've compiled this 20 incredible facts from the film. How many of them did you know?

And by the way - once you've finished indulging in these Incredible facts, why not learn some more awesome Disney stuff with our Disney Facts!

1. It was the first Pixar film to star humans

Before the film, Pixar had focussed purely on non-human main characters - bugs, toys, fish etc. This is because the technology to animate people in a believable way is much trickier than creating cartoon-style monsters and ants. Hair in particular is particularly tricky to create -which is why Violet was bald for most of the editing process-they only added her hair right at the end

Edna is the film's famous superhero fashion designer, with her number one mottos being 'No capes!'. Originally, there were actors lined up to play her, but then the film's director Brad Bird had been filling in the voice during production, and in the end the filmmakers decided his interpretation was too funny to pass on. There are lots of theories as to who inspired the cranky fashionista, including Anna Wintour, the famous scary editor in chief at Vogue.

3. It's the only Pixar film not to include the famous pizza truck

The pizza truck from Pizza Planet in Toy Story has since been spotted in every single Pixar film - it even pops up as a wooden carving in Brave. But for some reason it's absent from The Incredibles; at least, no one has been able to spot it. Maybe you can if you watch closely enough?

4. Spencer Fox had to run for his money

Spencer Fox plays Dash Parr, the Incredibles quick, hyperactive son who's super power is incredible speed. Because the character is always running, Spencer was required to run before recording his lines, in order to give them an authentic out-of-breath sound. That's real dedication to a role - and a great way to stay fit!

Helen Parr is known as Mrs. Incredible on all of her merchandising, and there's a specific reason for this. Elastigirl, Helen's super hero alter ego, actually has the same name as an existing DC superhero (Elasti-Girl) with similar powers. Both heroes can change their bodies to a supernormal degree, and DC wasn't happy about the similarities. That's why she's only called Mrs. Incredible in promotional material.

6. The story is set in Metroville

The film's story takes place in a city called Metroville, inspired by comic book cities like Metropolis and Smallville from the Superman universe. The film also takes place in 1962, a golden era for superheroes, and the style of animation is also a nod to the 60s design and architecture, which is why lots of the buildings have curves and a futuristic look to them.

When Brad Bird first came to Pixar with his ideas, they were a bit nervous and thought it would be way too expensive to ever make a profit. In response, Brad Bird asked Pixar if he could make it using their least popular animators - or at least, the ones least likely to stay at the company or follow company rules. He reckoned they would be more open to experimenting, and he was right. The original film was also meant to be 2D animation, like Disney classics, and you can see these ideas in the credits illustrations

The Incredibles was a huge hit, not only doing well at the box office, making over $600 million worldwide, but also selling the most DVDs in 2005 (17 million to be precise). It also won the Oscar for Best animated film, and was the first animation film to win a Hugo Award for Best Dramatic Presentation.

9. The names in the film all have special meanings

The names of characters and places in the film are all chosen for specific reasons. The Incredibles' surname 'Parr' is meant to indicated that they are just an average, normal family. Frozone not only has ice powers, he's also very 'cool'. Syndrome's island is called Kronos, a reference to a Greek god who tries to destroy Zeus but is eventually defeated by him, and Syndrome's name may be a reference to 'hero syndrome' a condition where someone creates dangerous situations in order to make themselves look good.

10. Clothes are an important part of the film

At the end of the film, the clothes the characters wear show just how much they've changed. Mr Incredible wears superhero clothes and business clothes, showing how he's able to balance his life. Helen is wearing clothes that suggest a return to superhero life. Violet's dark clothes are now bright to reflect her new found confidence, and Dash is wearing running clothes to indicate that he's now able to be himself

11. Brad Bird's own life made it into the movie

The director wanted to make a film about superheroes, but didn't realise just how much his own experiences would influence them. While making the film, he was getting older and starting to wonder just how he was going to balance his work and family life, in just the same way that Mr. Incredible struggles with his identity. He has also stated that he saw his own dad as a superhero who had to do a normal office job like everyone else, but underneath was capable of much more.

12. The 'No Capes' rule was there for a very specific reason

In the film, Edna gives a famous monologue about how capes, although iconic to superheroes, are actually a liability which will get you killed in various different ways. It's funny and memorable, but it's not just there for a joke. No, the REAL reason there's no capes? You may have guessed already - they're very hard to animate! Like hair, human movement and other tricky things in the film, capes would take a lot of time and effort to get right, and Brad Bird decided to avoid them for this very reason.

13. The gap between the first and second films is the longest ever

Well, the longest for a Pixar or Disney film, that is. The first film came out in 2004 and the second in 2018, give it a 14 year gap. Despite this gap, the second film picks up exactly where the first film ended. In that time, teenage Violet is now voiced by a 48 year old! (Although she sounds exactly the same!)

14. Brad Bird had the idea for a very long time

Brad Bird first started to develop his idea about a funny superhero movie all the way back in 1993! That's right, it took him seven years to finally get it into production, and 11 to release it. But the waiting was worth it, and all Brad's careful thinking and hard work paid off. So next time you rush your homework, maybe think about whether or not it needs a bit more time...though probably not 11 years.

15. You can watch a fake Incredibles TV show

On the DVD for the first film, one of the extras was a fictional TV show called The Adventures of Mr. Incredible. It's purposefully designed to look old and worn, so as to be believable as a real 60's cartoon that might have existed. You can still see it on YouTube, and there's even a commentary where Frozone complains to Mr. Incredible about the quality of the show.

16. It was the first PG Pixar film

The Incredibles has a lot of Pixar firsts, one of which is that it was there first film not to get a 'U' rating. Although not particularly scary, the film is maybe a bit more violent and dark than the films that came before it - although you could argue that Sid's toys in Toy Story are 100x as scary as Syndrome!

17. Dash changes in the second film

When the first film was made, Dash's voice actor Spencer Fox was 10 years old. However, by the time the Incredibles 2 came out, 14 years had passed and he no longer sounded like a child! So Dash is recast with actor Huck Milner. It's also Huck's first ever film!

18. The film forced another film to change

You might notice there are some similarities between the Incredible family and another superhero group - the Fantastic Four. Fox studios had a Fantastic Four film coming out at the same time, and quickly realised they would be competing for audiences. Apparently, Fox therefore had to do some-rewrite and reshoots in order to change it up a bit, reportedly costing them up to $20 million.

19. We never get to see Frozone's wife

You might remember in the first film that Frozone has a wife, Honey (voiced by Kimberly Adair Clark) who is usually yelling at him for one reason or another. Brad Bird thought it would be funniest if we never actually see her, so she never appears on screen. For the sequel, Pixar were keen for her to appear and even designed the character, but it the end they decided to keep her identity a mystery. Who knows what she looks like! Samuel L Jackson has said he's disappointed she's not seen, and wants to see a Honey movie!

Violet, the shy daughter of the Incredibles, has a name that nods to her personality as a 'shrinking Violet'. But her name could also represent something else. When we first see her parents, they are in their old costumes - blue for Bob and red for Helen. And what happens when you combine blue and red? You get purple! Or, in this case, Violet! 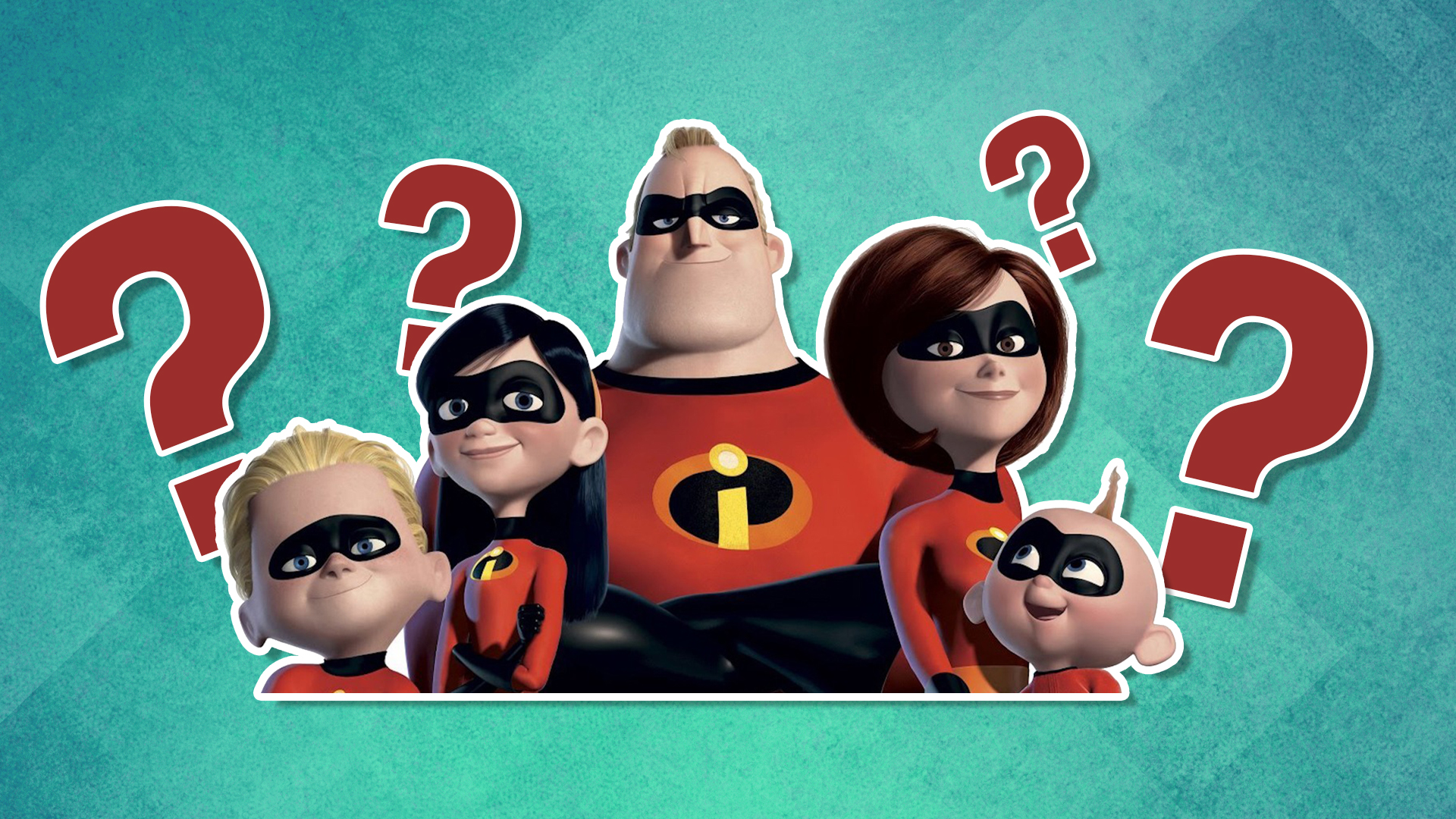 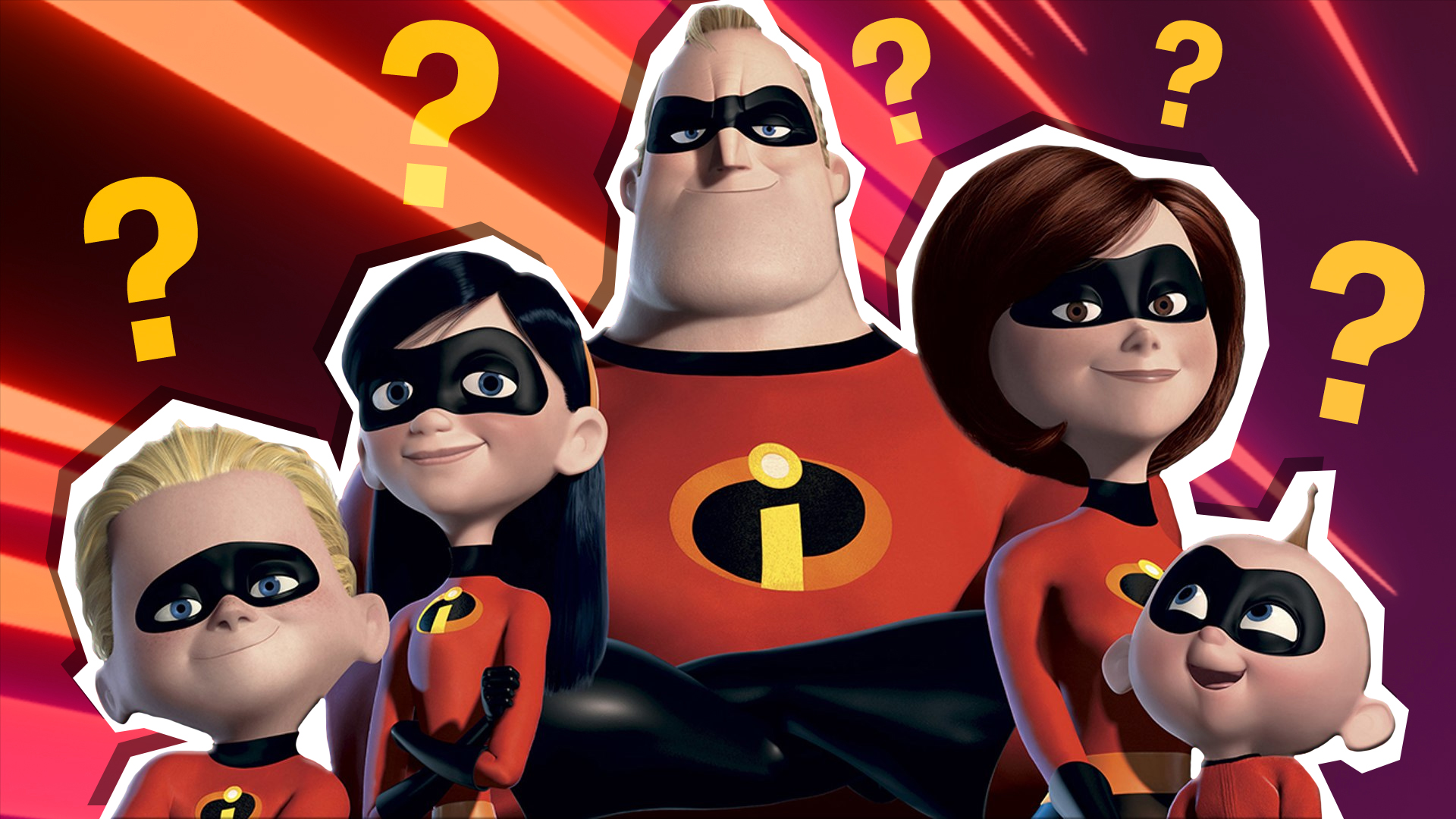 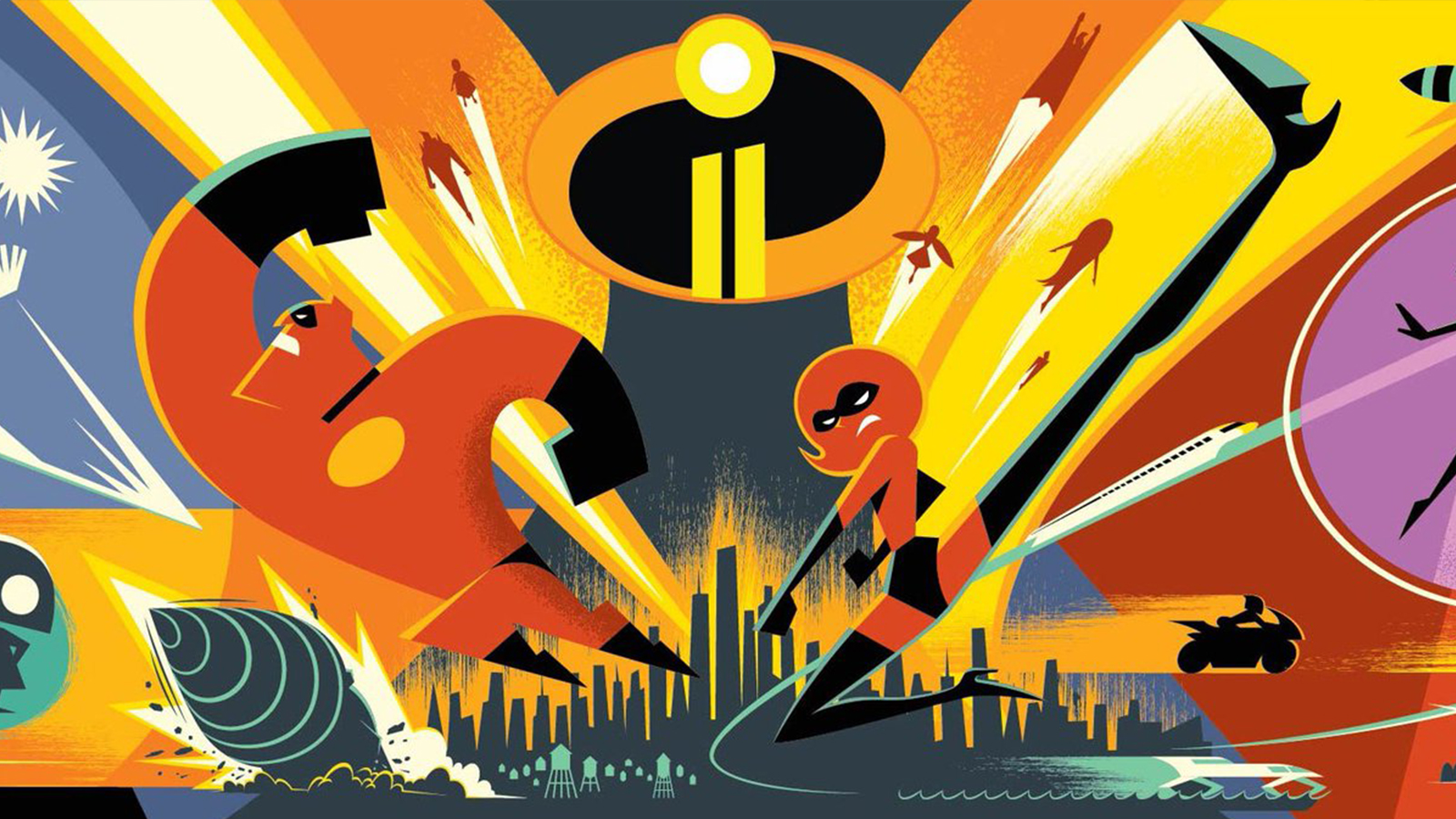 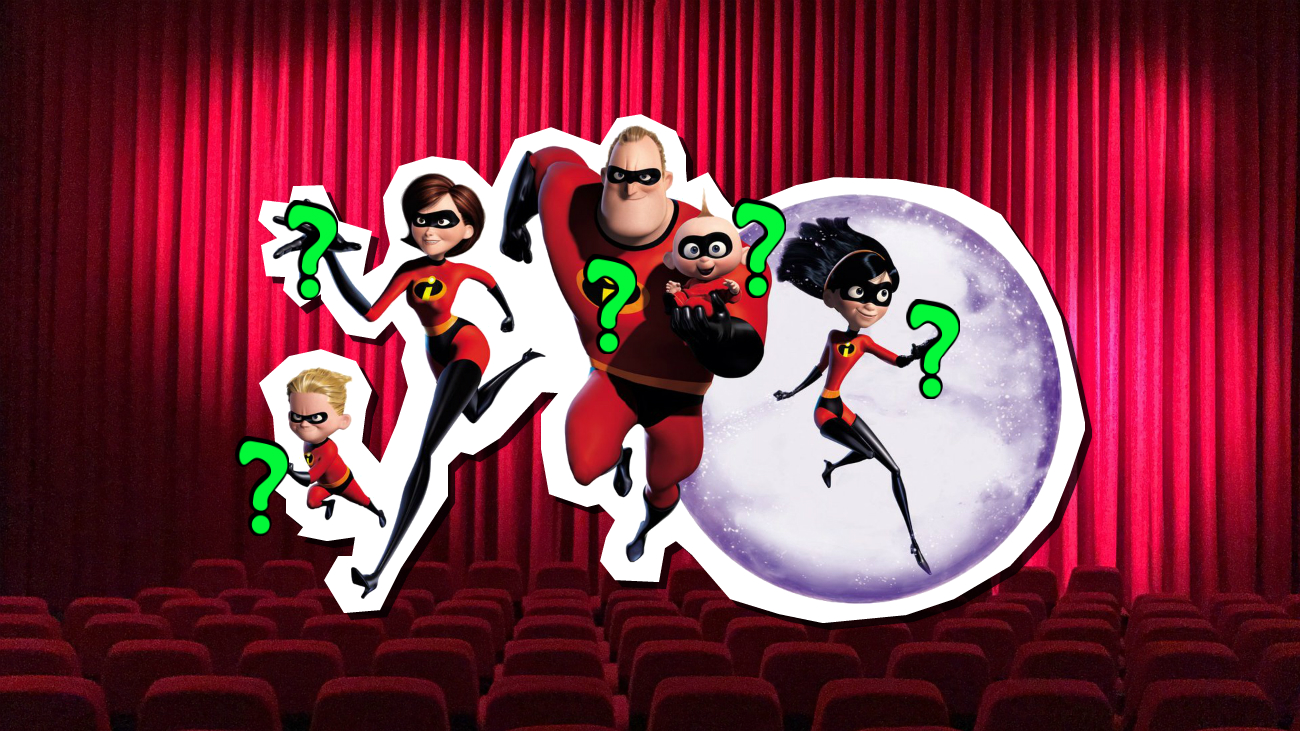 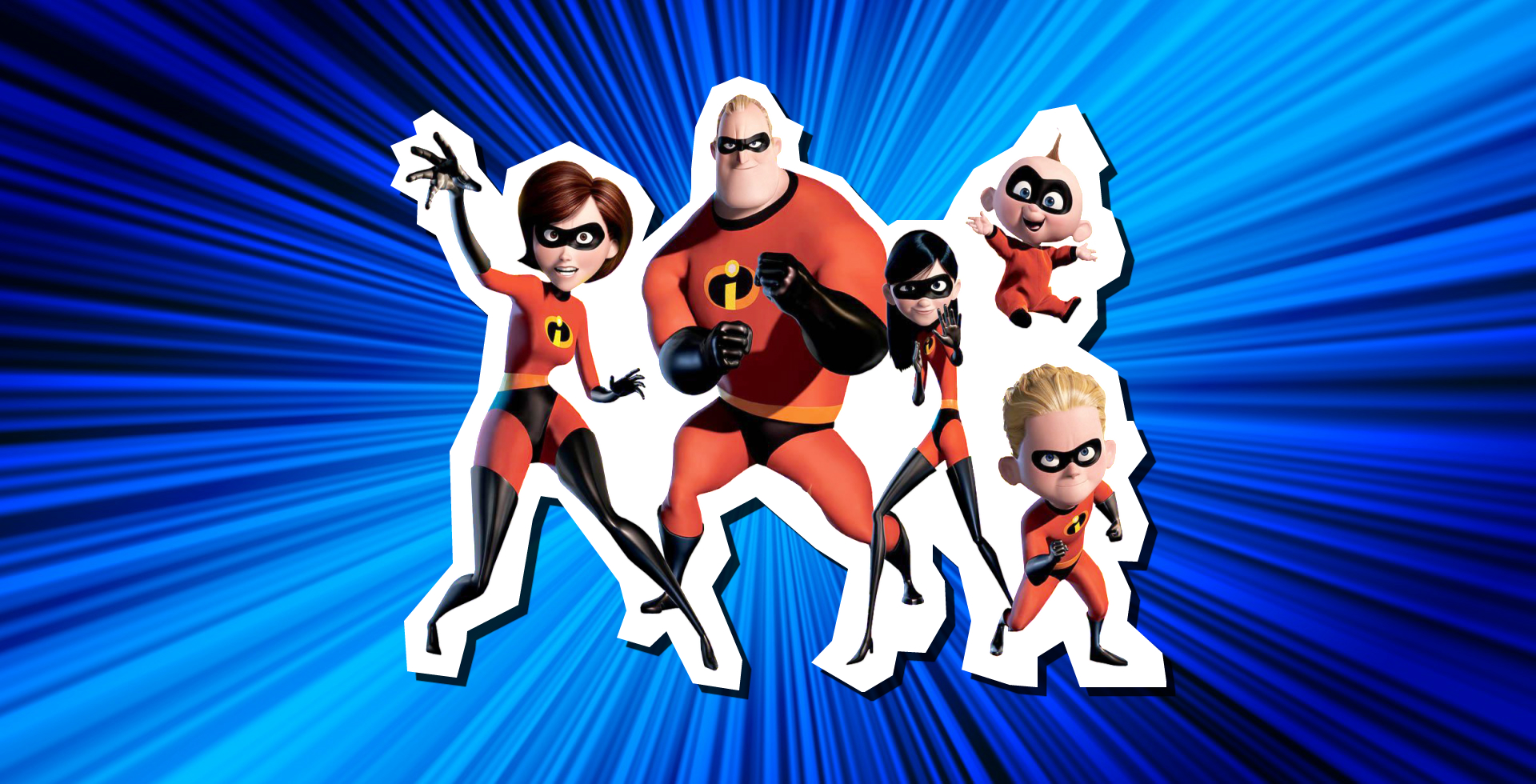 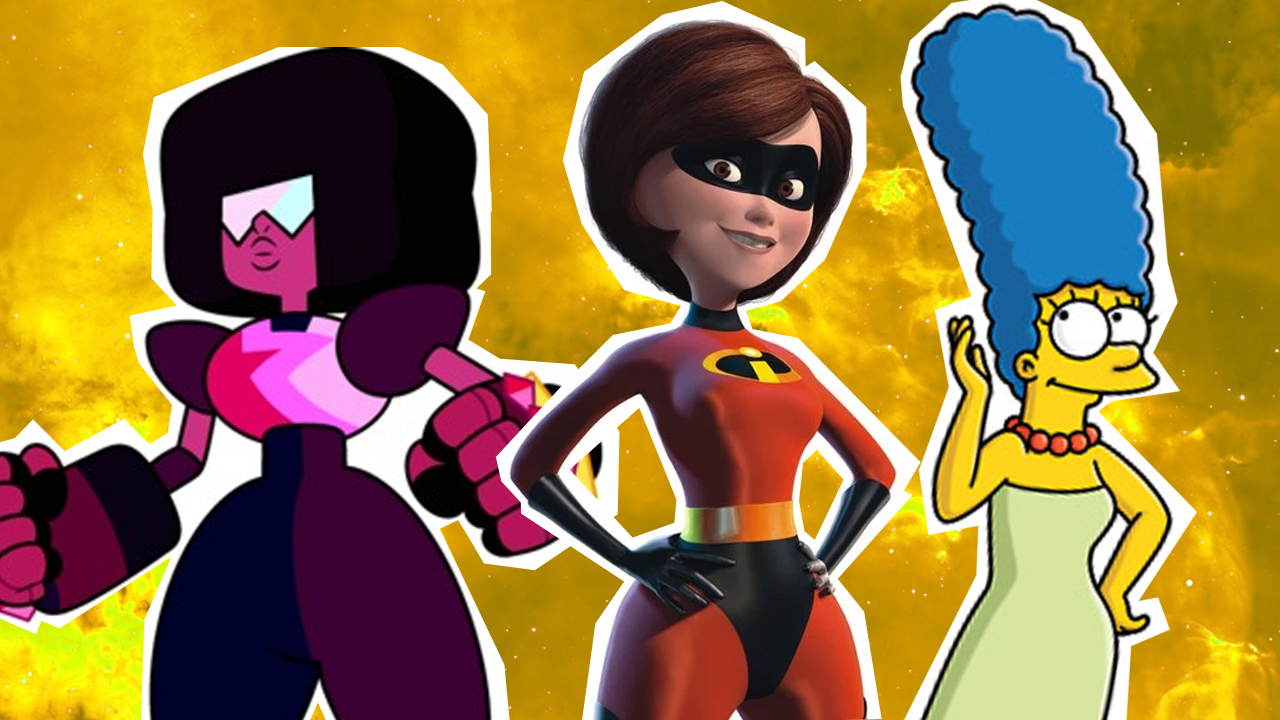