We've rounded up 15 interesting facts all about Mr. Bean and his crazy adventures! See how many Mr. Bean facts you know and find out even more cool stuff about him!

If you don't know Mr. Bean, where have you been? Since his first appearance in 1990, Mr. Bean has become a bona fide worldwide hit, and it's fair to say everyone loves the odd, ramshackle character and his best friend Teddy. Here are 15 fun facts all about Mr. Bean and his weird ways! Did you know, for example, that the character is now over 30 years old? Or that he was almost called Mr. Cauliflower? Read on and find out which of these Mr. Bean facts you knew, and which were a total surprise!

Or rather, the concept is 30, Mr. Bean is a bit older than that! Yes, it's been 30 years since Mr. Bean's debut. According to Rowan Atkinson, who plays him, the idea of a character who didn't speak but just pulled funny faces came to him when he had to think of an act very quickly before a performance. He practised some faces in the mirror and voila, the concept of Mr. Bean was born

Before he was a world famous icon and TV legend, Mr. Bean was tested out on live audiences at festivals like the Edinburgh Fringe and Just For Laughs in Montreal, Canada. The character must have been a bit because he went on to have his own TV show not long after!

He is inspired by Jacques Tati

Atkinson has said that he was inspired by several other slapstick performers, the chief being Jacques Tati, a French actor and comedian whom Atkinson grew up watching. Tati was famous for his character  Mr. Hulot, who had a funny walk, a pipe and a bicycle. Other inspirations included another French character, Inspector Clouseau from the Pink Panther series, played by Peter Sellars, who was equally bumbling and inept.

He starred in the 2012 Olympics

The British 2012 Olympics opening ceremony was memorable for lots of reasons - it had James Bond, the queen parachuting in, a speedboat, a history of Britain and a tribute to the NHS. But most people definitely remember Mr. Bean's part as the keyboard player in the orchestra performing Chariots of Fire. In the sketch, he gets bored of his one note and falls asleep, imagining himself as a runner like in the film.

His first name is Mr.

Over the years, many people have wondered what Mr. Bean's first name could be - he never says it, obviously, so all we know if that his last name is Bean. Sharp eyed viewers will have noticed however, that when his passport is briefly glimpsed at one point, it does have his first name on it! And that name is? Mr. As in, Mr. Bean. Or maybe Mr. Mr. Bean? You might also notice that he shares a birthday with Rowan Atkinson.

He went through a few different names

Mr. Bean wasn't always called Mr. Bean. Atkinson tested out a few different options before finally settling on the one we all know and love. Mr. Bean was going to be 'Mr. Cauliflower' or maybe 'Mr. White'. We're not sure why he wanted a vegetable name, but we can all agree Mr. Bean is the one that works best!

It's popular around the world

Mr. Bean is popular in Britain, but it's even more popular throughout the rest of the world, having been broadcast in nearly 200 territories and selling millions of copies globally. The key to his success is almost certainly the fact that all the comedy is physical, and not verbal. This means it doesn't have to be translated, and that jokes don't get lost on the way. Mr. Bean's universal language of silliness has proved that everyone everywhere loves a bit of slapstick.

Mr. Bean is the opposite to Rowan Atkinson's other most famous character

Mr. Bean is the quintessential idiot - he's clumsy, selfish, silly and completely oblivious to the trouble he causes. Oddly enough, he's the exact opposite of Rowan Atkinson's other most popular character, Edmund Blackadder. Blackadder is know for being sarcastic, witty, cutting and cynical, and lots of his humour comes from him being the only smart man in the room. It's kind of funny that Atkinson has mastered both ends of the comedy spectrum like this!

There is only 14 episodes of the show

Crazy as it seems, there were only ever 14 episodes of the original show made! Considering the longevity of the character, this is pretty impressive, and there must be something truly magical about those 14 episodes that made them so memorable. Similarly to another popular comedy hit, Fawtly Towers, Mr. Bean's show is so etched in the public mindset that we forget how little of it was ever made!

Of course, there wasn't just the TV show. Mr. Bean had two movies in total, the first one being Bean: The Ultimate Disaster Movie or Bean: The Movie. In the film, Mr. Bean is a gallery attendant at the National Gallery, and obviously it doesn't take long for things to go wrong. The film was very successful, making over $250 million worldwide. Some of the critics thought it was a bit too long, though, but that hasn't stopped it becoming a classic!

No one can deny that Mr. Bean is a very strange man. But some people reckon that the reason for this oddness is that he's actually an alien! In the original series, Mr. Bean is seen falling from the sky and also being sucked back up into the sky on several occasions, suggesting that he may have come from out of this world. Rowan Atkinson has even acknowledged this and the fact that there is something more than a little extra terrestrial about Mr. Bean. Who knows for sure?

He was once on Blind Date

Mr. Bean found new life in 2002 with a brand new animated show. The show, like the one before it, follows Mr. Bean and his everyday adventures. Mr. Bean is still voiced by Rowan Atkinson, although 'voiced' might not be the right word, as he only tends to talk in mumbles and noises! Other characters include his grumpy landlady, a Mr. Bean double called Mr. Pod, and the Queen!

After his Olympic appearance in 2012 it was announced that the character would be retiring, after nearly 25 years of shows, movies and appearances. Rowan Atkinson has said that he thinks the older he gets, the odder Mr. Bean's behaviour is, plus he's not up for as much slapstick and physical comedy as he used to be! Mr. Bean has made one appearance since then, however, in a Red Nose Day sketch and a Chinese film, so who knows, maybe there will be more Mr. Bean in future!

His best friend is Teddy

Mr. Bean wouldn't be seen without Teddy, his beloved best friend - and occasional victim. Although Mr. Bean claims to love Teddy, his treatment of him isn't always that nice, and he often ends up with several injuries! The original Teddy was donated to a teddy bear museum after the show finished filming, although when the museum closed in 2008 he was sold at auction, fetching £180. We think that's a bit measly for a star like Teddy! 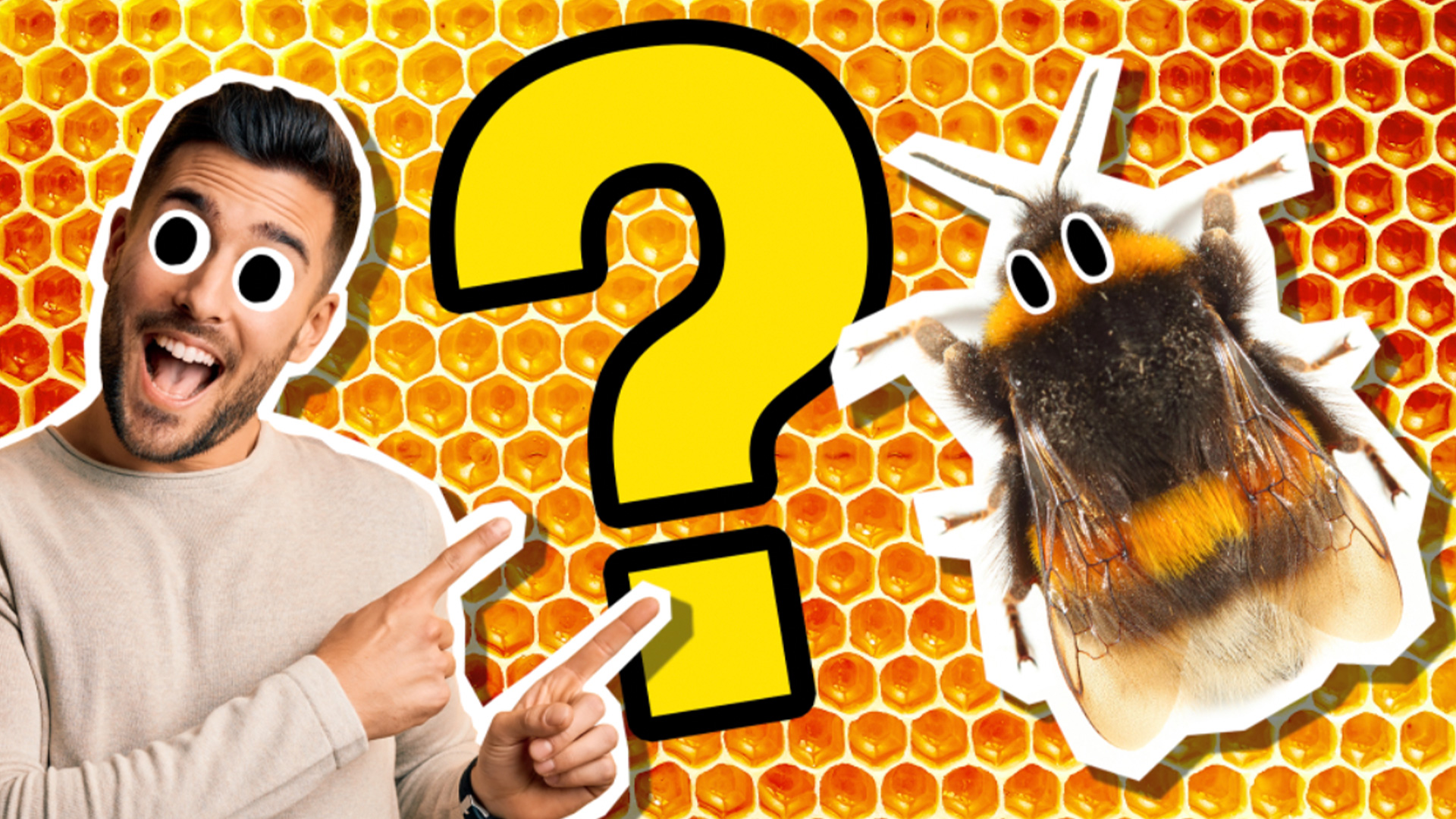 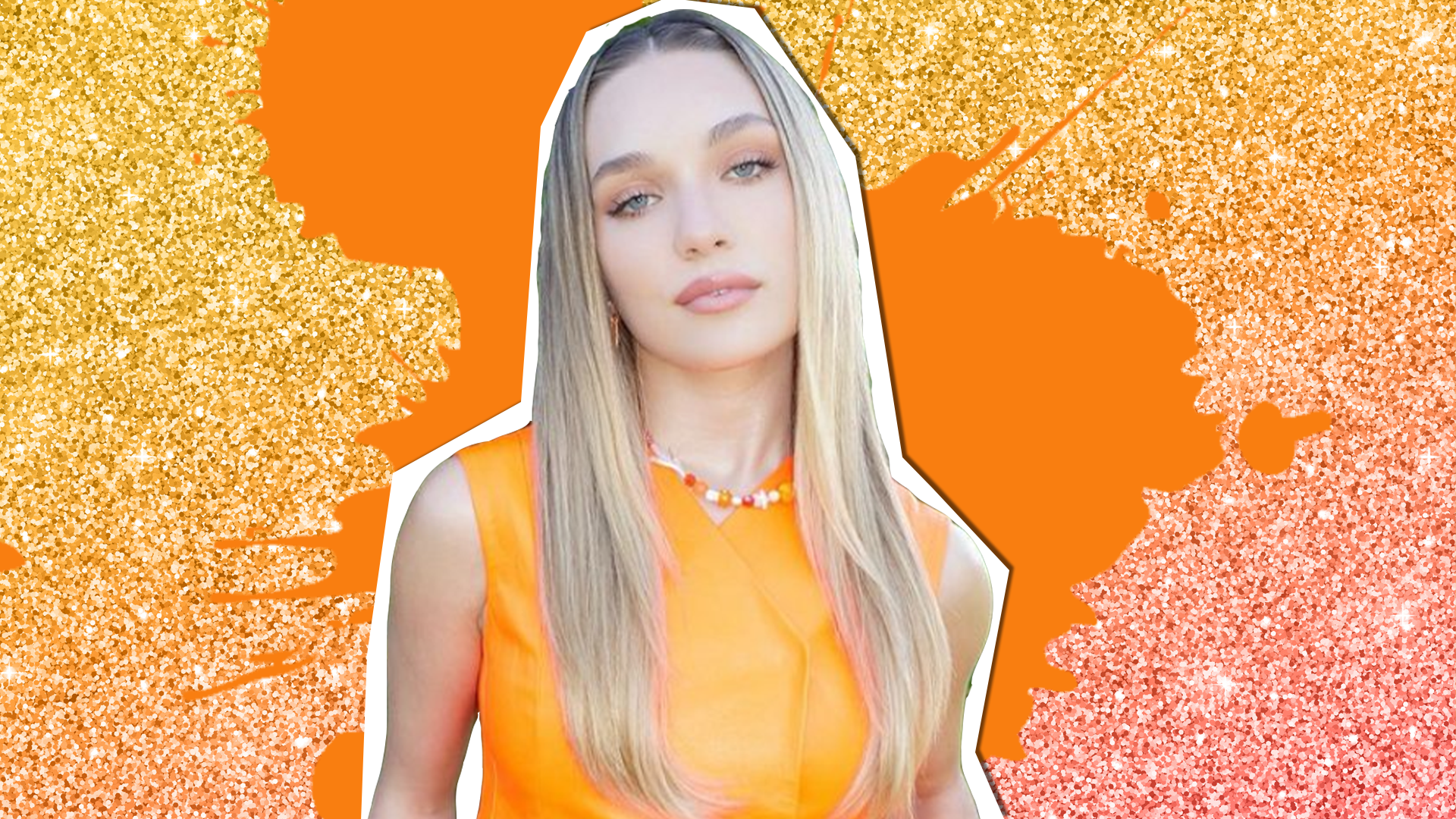 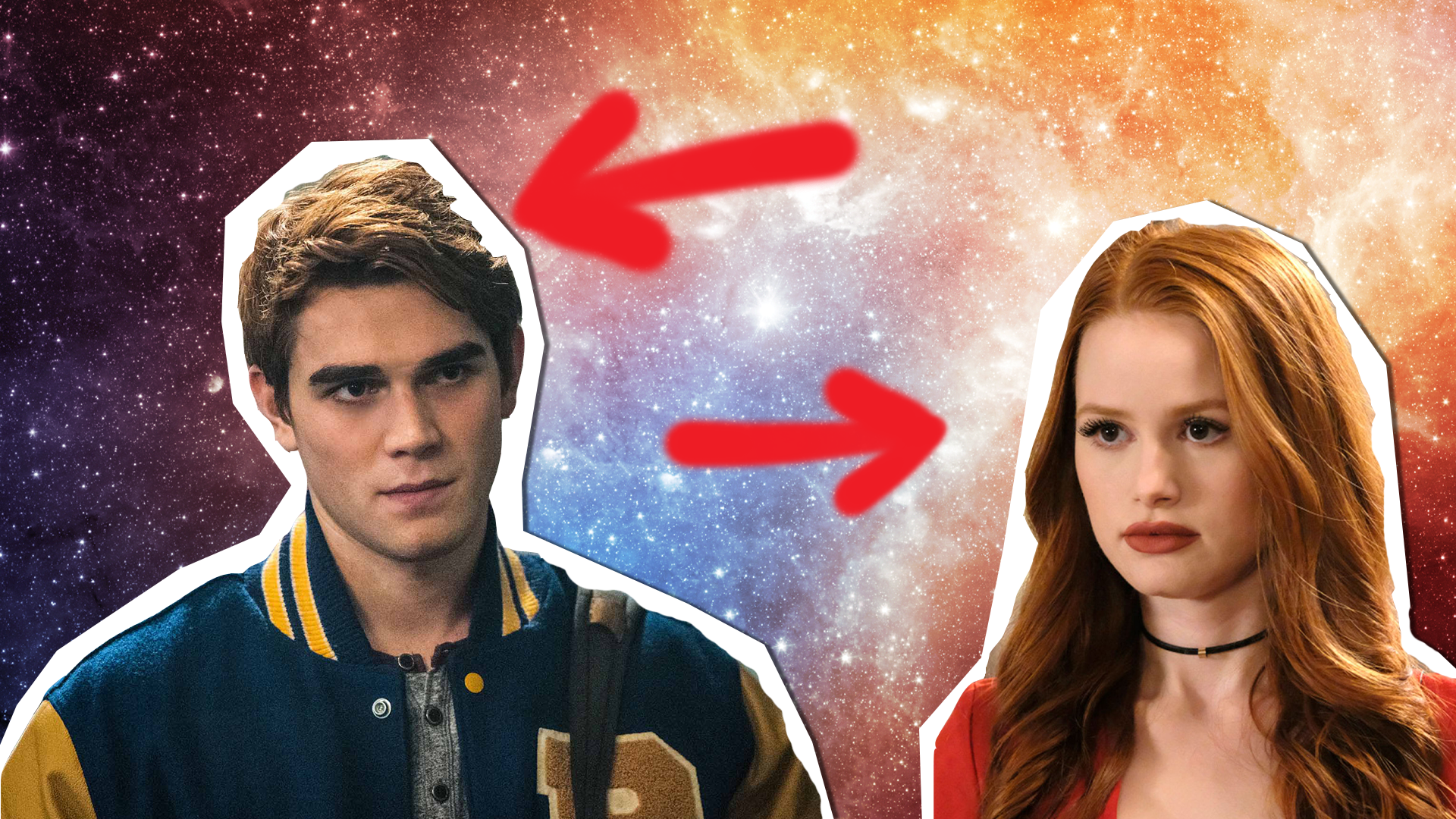 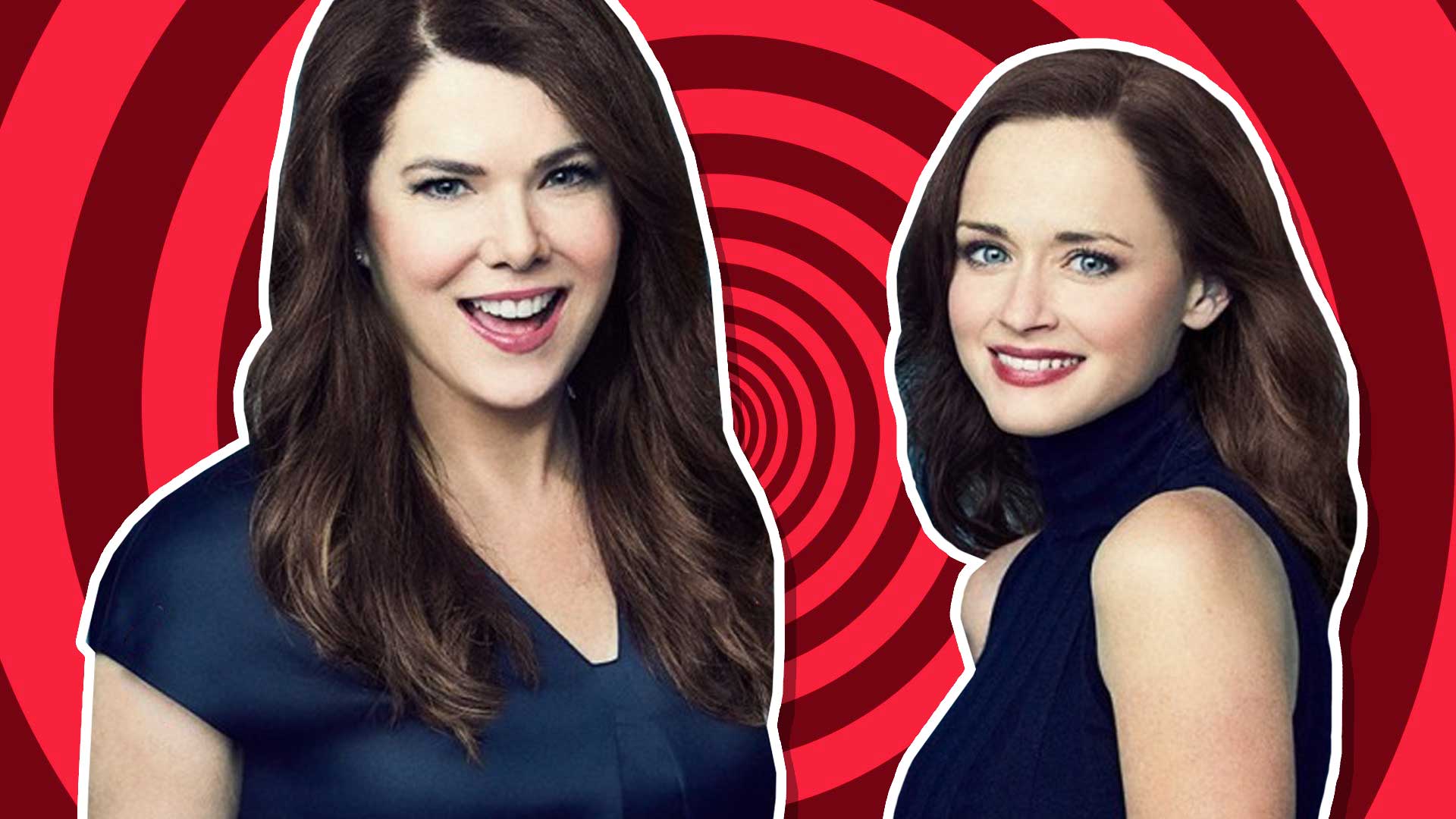 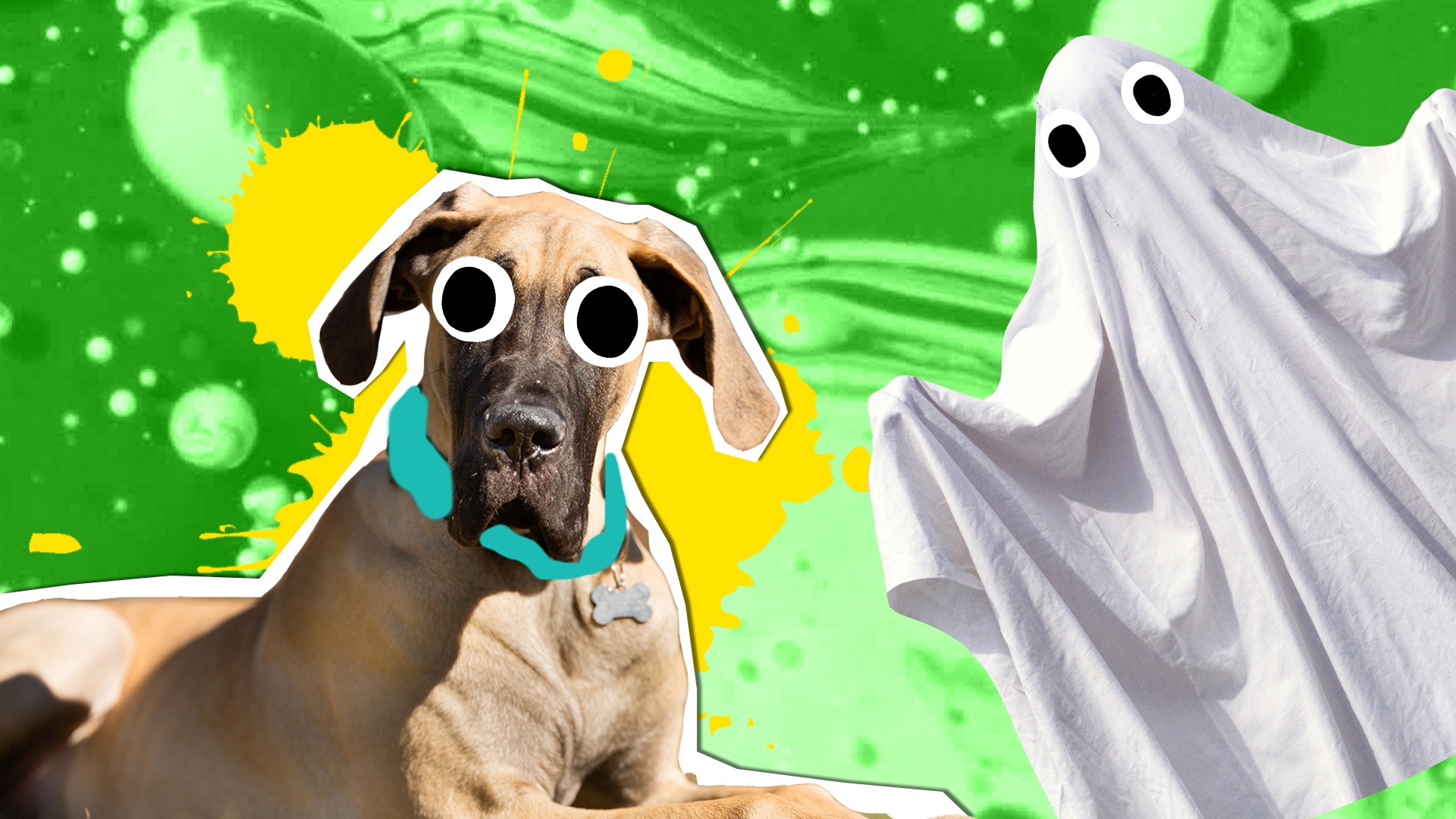 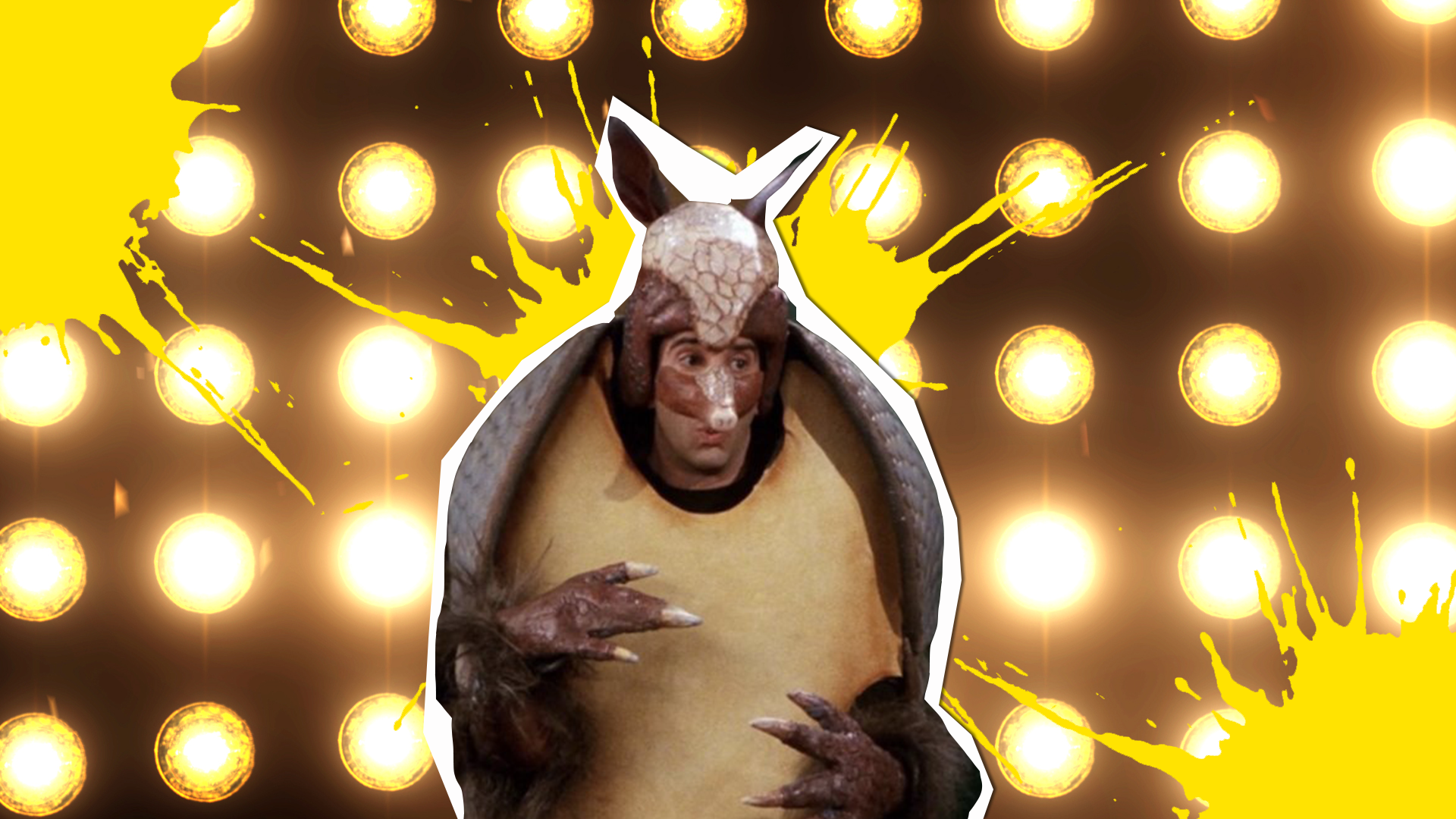 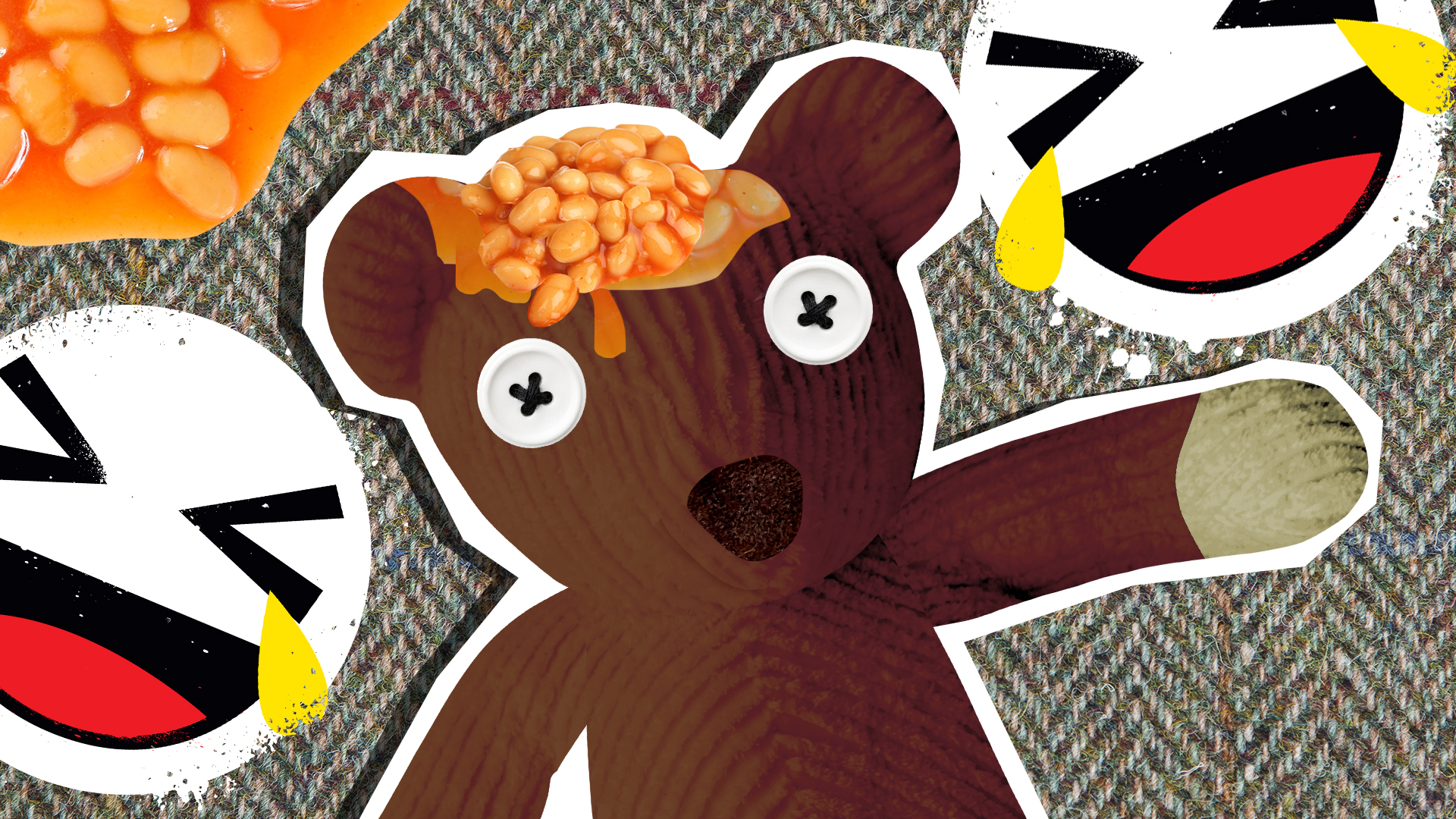 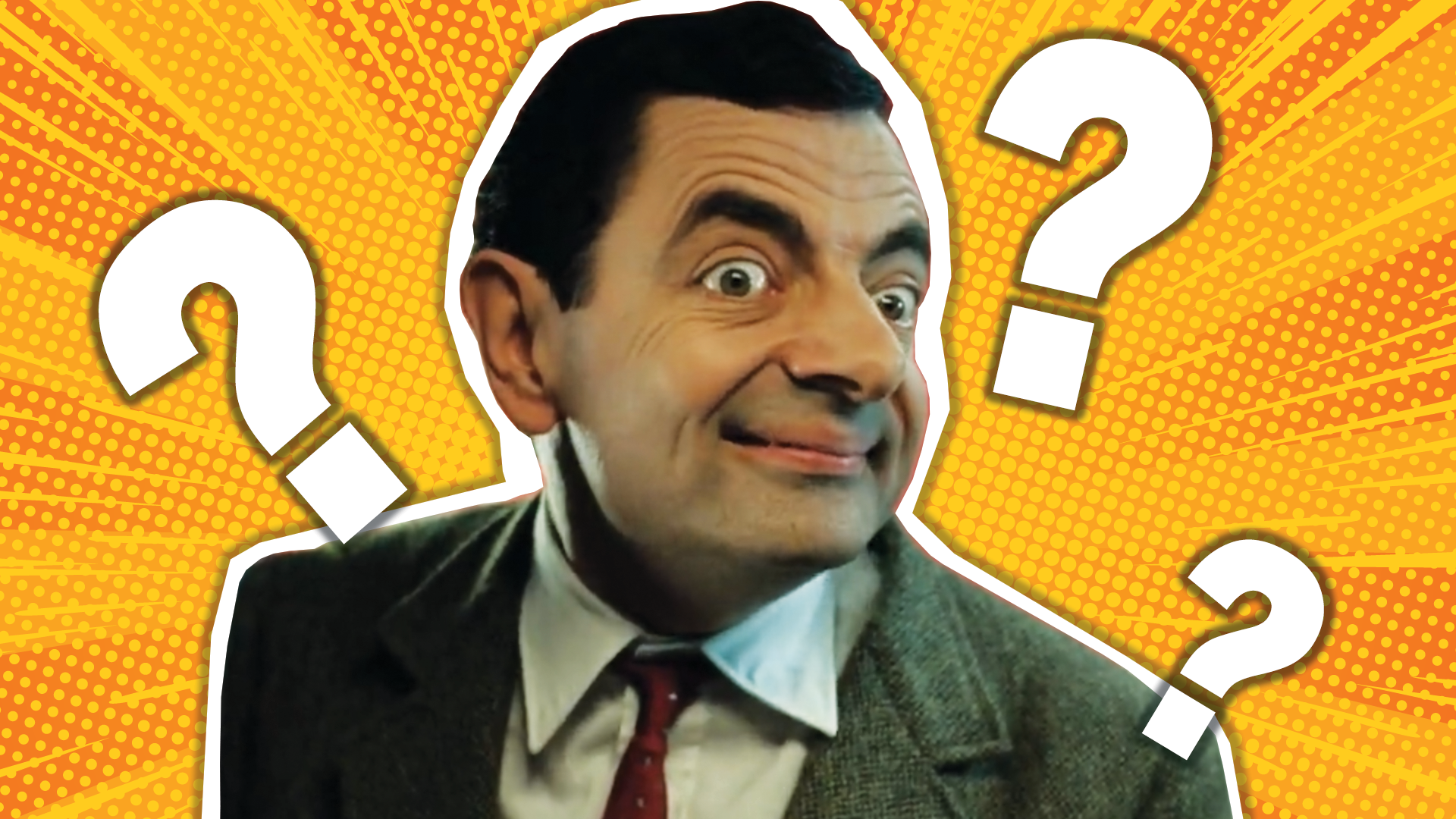 Are You a True Mr Bean Fan? 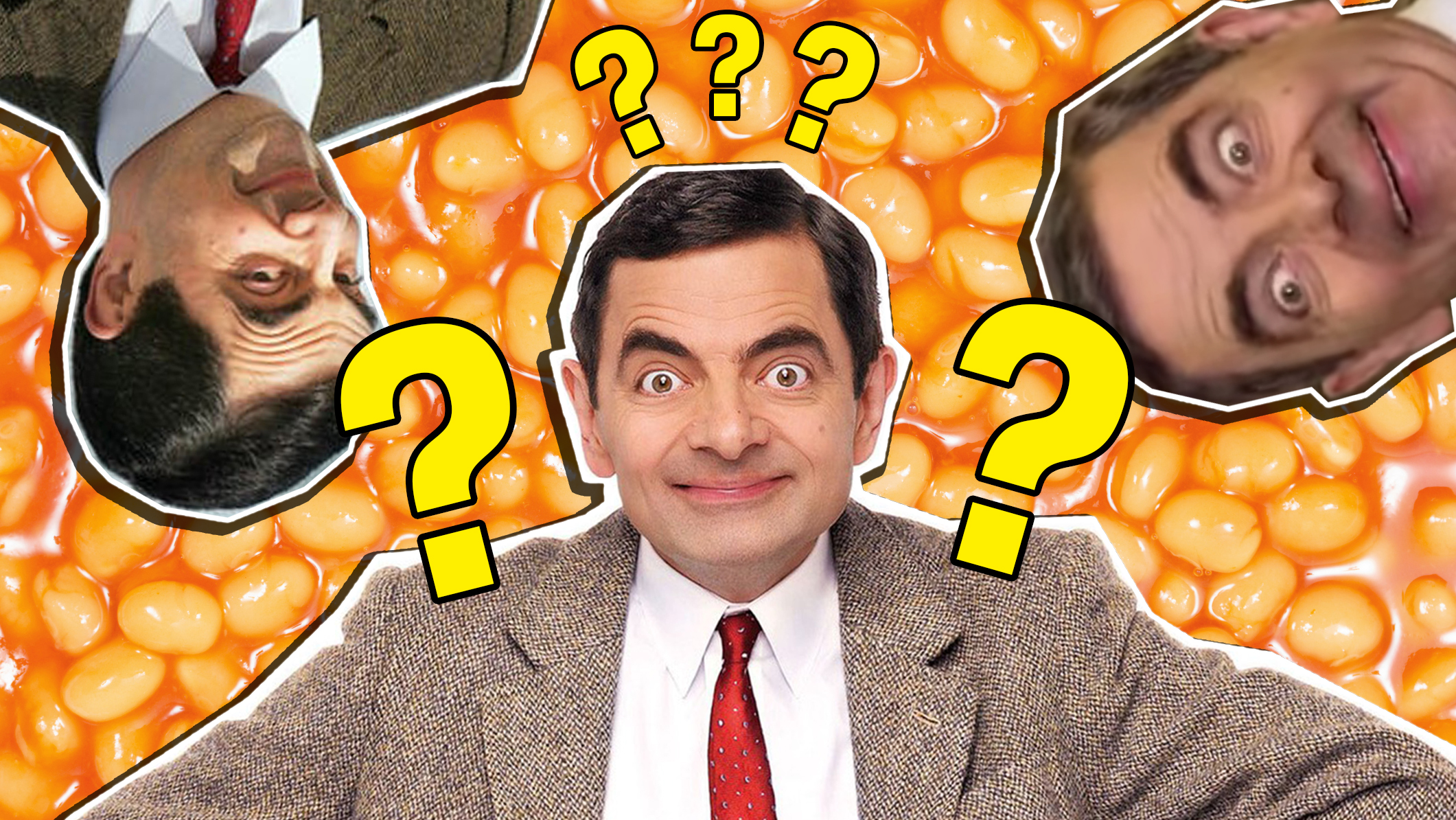 How Mr Bean Are You?