How to Draw a Knight!

Here's how to draw a Knight in 20 seconds 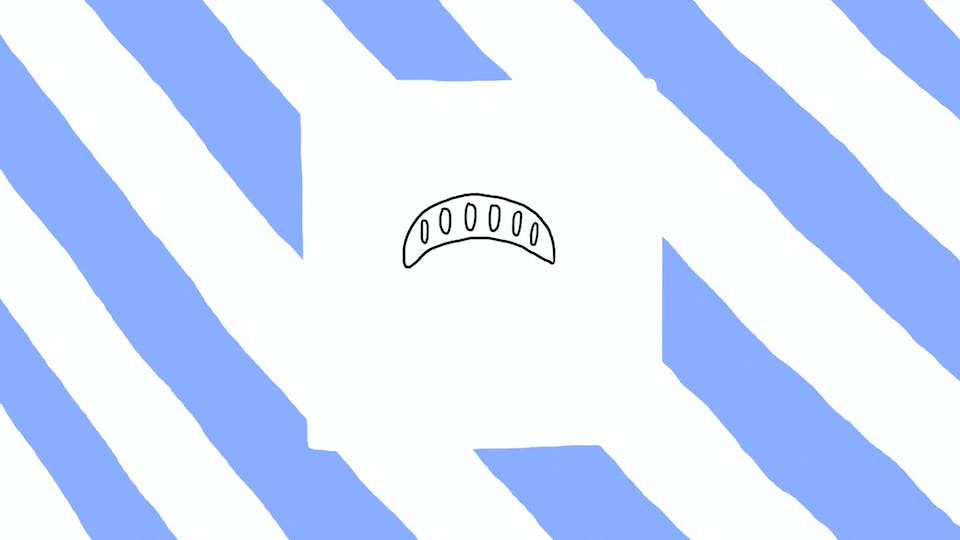 Next, draw a semi circle underneath the visor 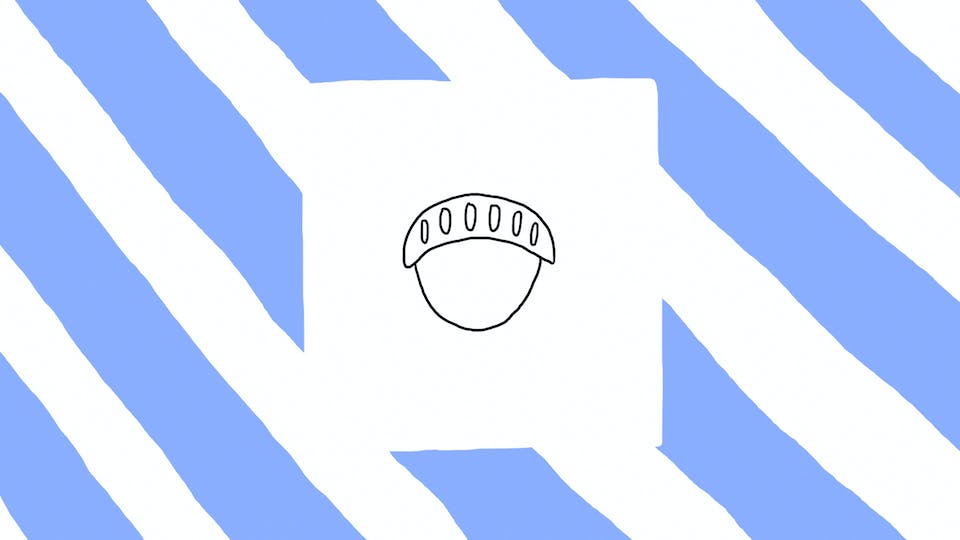 Add another semi circle above the visor. Make it nice and pointy and add a line down the middle. Draw 2 little rectangular flaps either side of the head under the visor 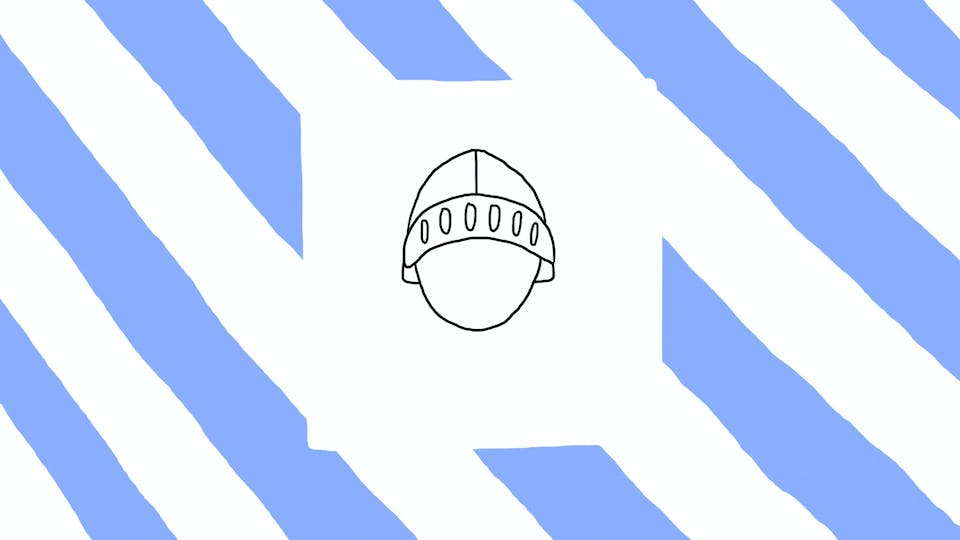 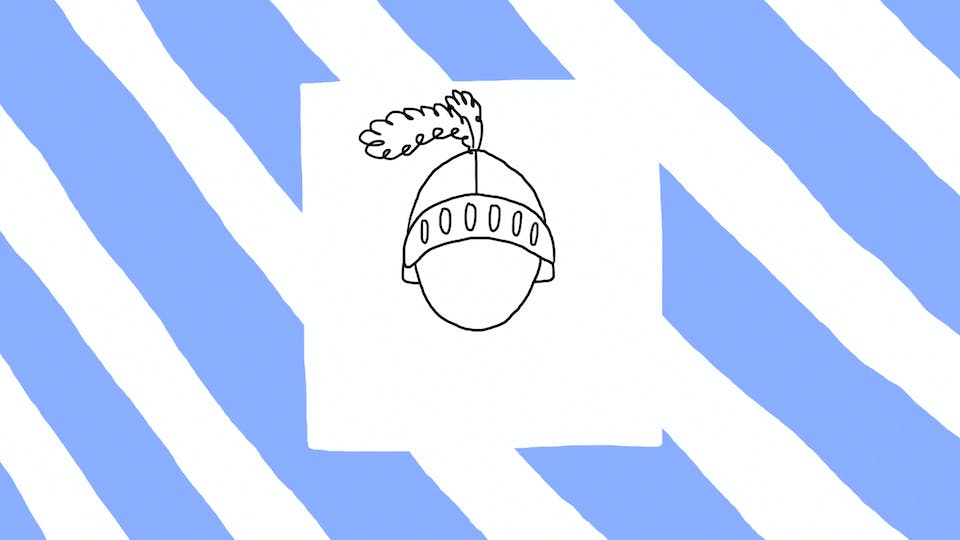 Add 2 semi circles hidden slightly below the visor. Draw in 2 more circles in those and colour them in for pupils. 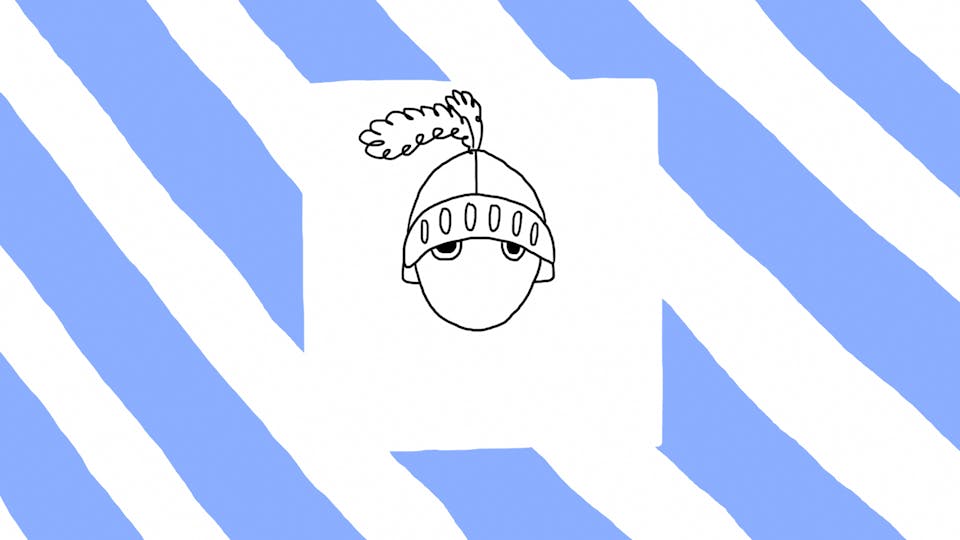 Between the eyes, draw a long U shaped nose 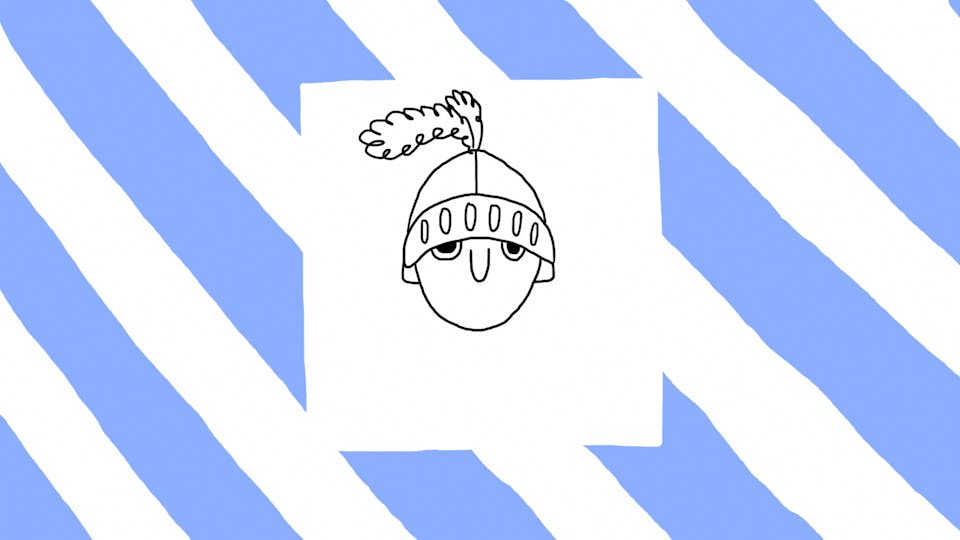 If you want your Knight to have facial hair, now's the time to add it. Draw a banana shape under his nose and a blob on his chin and colour them in. 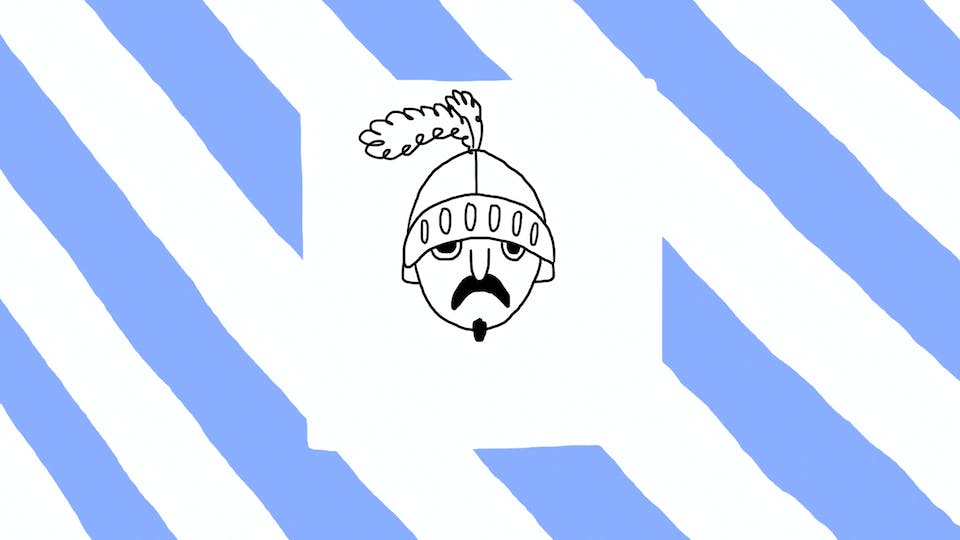 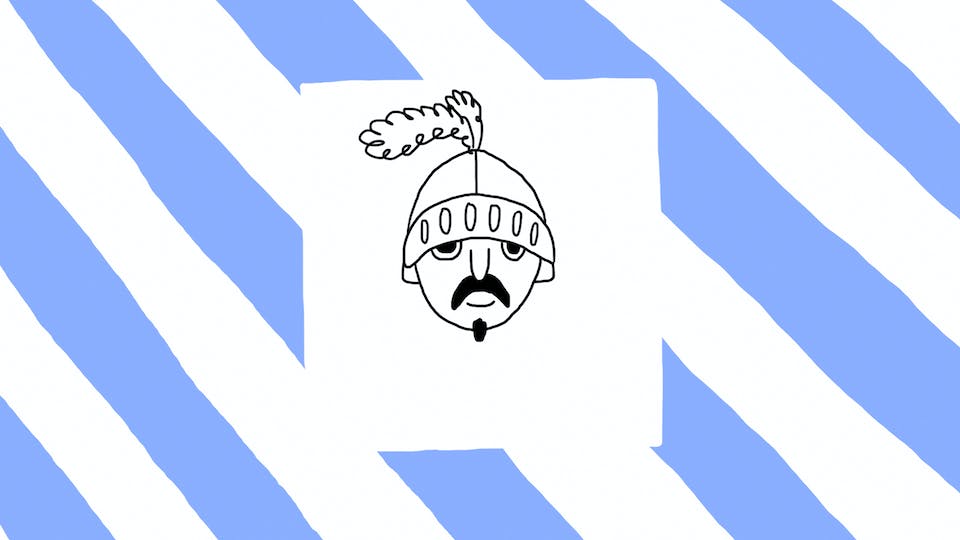 Give your Knight a thick neck-piece by drawing 2 angled lines coming from the bottom of his head and joining them together with a curve. Draw in some curvy lines to add chain mail and protect his neck for dragons and such. 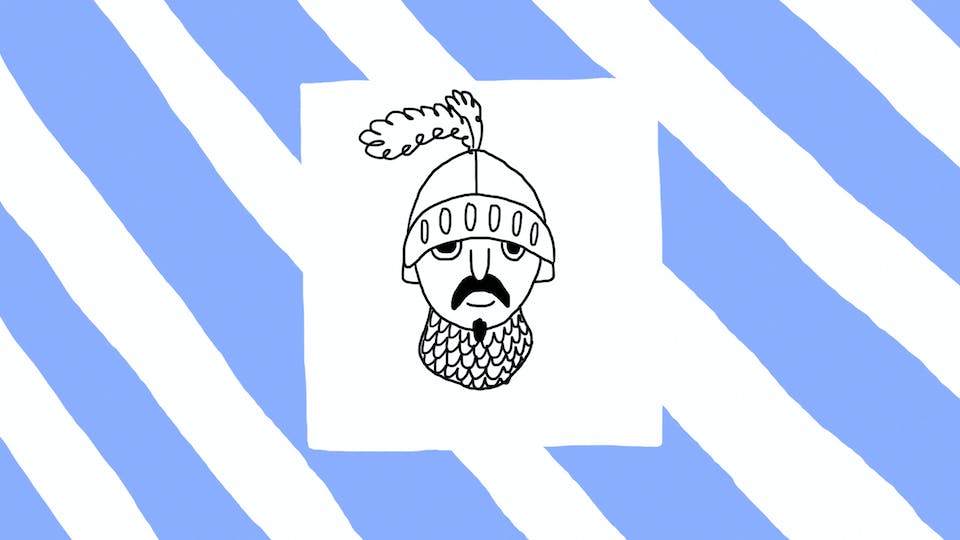 Finally, your Knight needs a suit of armour! Draw 2 half circles either side of the neck for shoulder plates, then a bunch of lines in a fan shape below them. Draw a couple of lines to give an impression of arms and a breast plate and your Knight is ready for battle!