While recovering from a festive Dennis & Gnasher Unleashed marathon, we were excited to learn that Beano's very own cartoonist David Sutherland was awarded an OBE in the New Year Honours List for his services to illustration.

90-year-old David, who was born in Invergordon, has been drawing the Bash Street Kids since 1962!

His comic career began after entering an art competition launched by DC Thomson in 1959. Although he didn't win, he won a prize and was mentored by then Beano editor Harold Cramond who saw his potential and helped him become an established cartoonist.

Throughout the years, his pen and pencils have also brought Biffo the Bear and Dennis' stories come to life, but it's the Bash Street Kids which have been the constant throughout his cartoons, drawing an estimated 4000 strips featuring Danny, Toots, Freddy and the gang.

“I don’t really have a favourite strip as there have been so many good ones over the years that have made me chuckle," says David, adding that Plug is his favourite character to draw.

“From an artist’s point of view, he has fantastic pliable features and actions that illustrate his character."

Beano editor John Anderson has described David as "the single most important illustrator in Beano history".

“David Sutherland is, without doubt, a master technician and humourist, and his 60 years and counting of work on The Bash Street Kids will never be surpassed,” says John.

“It is no exaggeration to say that given his longevity, his work on cover stars Biffo the Bear and Dennis & Gnasher, plus the breadth of his work on the comic more generally, makes him the single most important illustrator in Beano history," he adds. "This honour is the very least he deserves."

What better way to celebrate Bash Street Kids artist David Sutherland receiving an OBE for services to illustration in 2023’s New Year Honours List than giving everyone the chance to enjoy his latest strip?

Check it out below, and find what else is in store in the latest issue of Beano, right here! 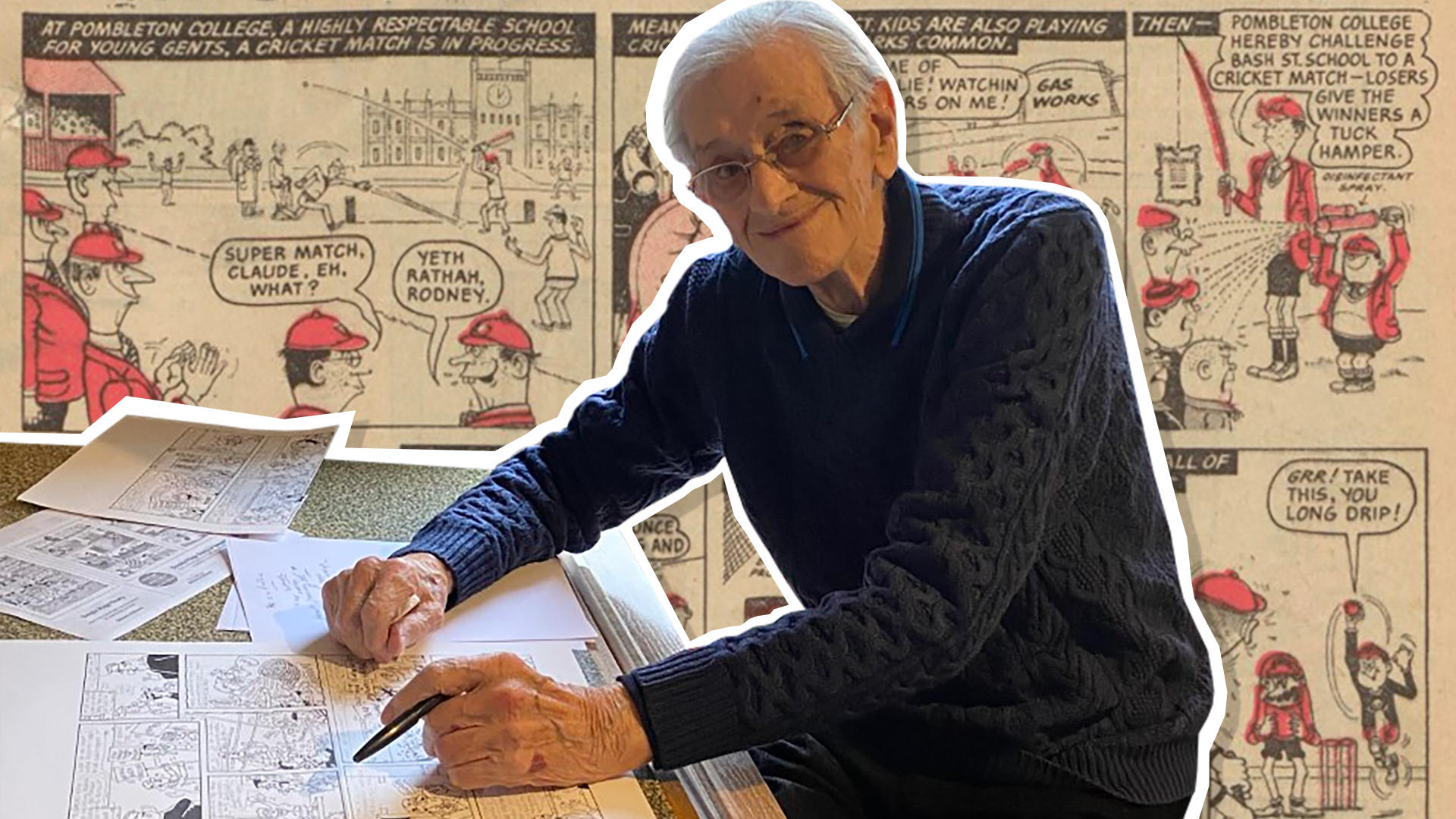