Hello! Dennis here. Seeing as Gnipper is a small pup and doesn’t really understand the internet and tends to chew up comics, I thought I’d let you in on what he’d probably call Gnipper’s Fact Gnuggets.

Just like his dad Gnasher, Gnipper is an Abyssinian Wire-haired Tripehound – this is a rare breed of dog from East Africa – but his mum is a beagle. If you saw Gnipper on the path outside our house on Gasworks Road, you might think that Gnasher had shrunk after sitting in a warm bath for too long. He’s a mess of black, spiky hair, with four tiny legs and his face poking out. He’s very cute, but don’t be fooled by his appearance!

Gnipper has five sisters: Gnatasha, Gnaomi, Gnanette, Gnorah and Gnancy. Apart from their white fur, Gnasher’s family all look alike. It’s like their fur hasn't been coloured in, but Gnipper looks just like his dad, but he’s got a very pointy tooth instead of those big teeth. That tooth could probably make a hole in the side of the school. That tooth is so sharp, but looks pretty blam, actually. It’s like an ice cream cone made of pure blam chomping power! The local postie is wary of his special tooth, as he got nipped on the bum once and had to take the rest of the week off.

And, just like his dad, Gnipper loves sausages and hates cats! He’ll chase any cat that crosses his path. He’s totally fearless and is very quick, but the cats always escape safely into a nearby tree because they can jump higher than he can. He never gives up, though.

Gnipper sometimes lives with my gran and I can guarantee he gets spoiled rotten when he spends time there. She must spend a fortune on sausages. It doesn’t matter whether it’s a Lincolnshire, Cumberland or even Butch Butcher’s famous Beanotown Banger, he’ll eat the lot given the chance!

Prized possession: His food bowl, which is just like his dad's

Motto: 'What would Gnasher do?'

Fact: Gnipper's mum is a beagle (no, not an eagle - a beagle is a type of dog) 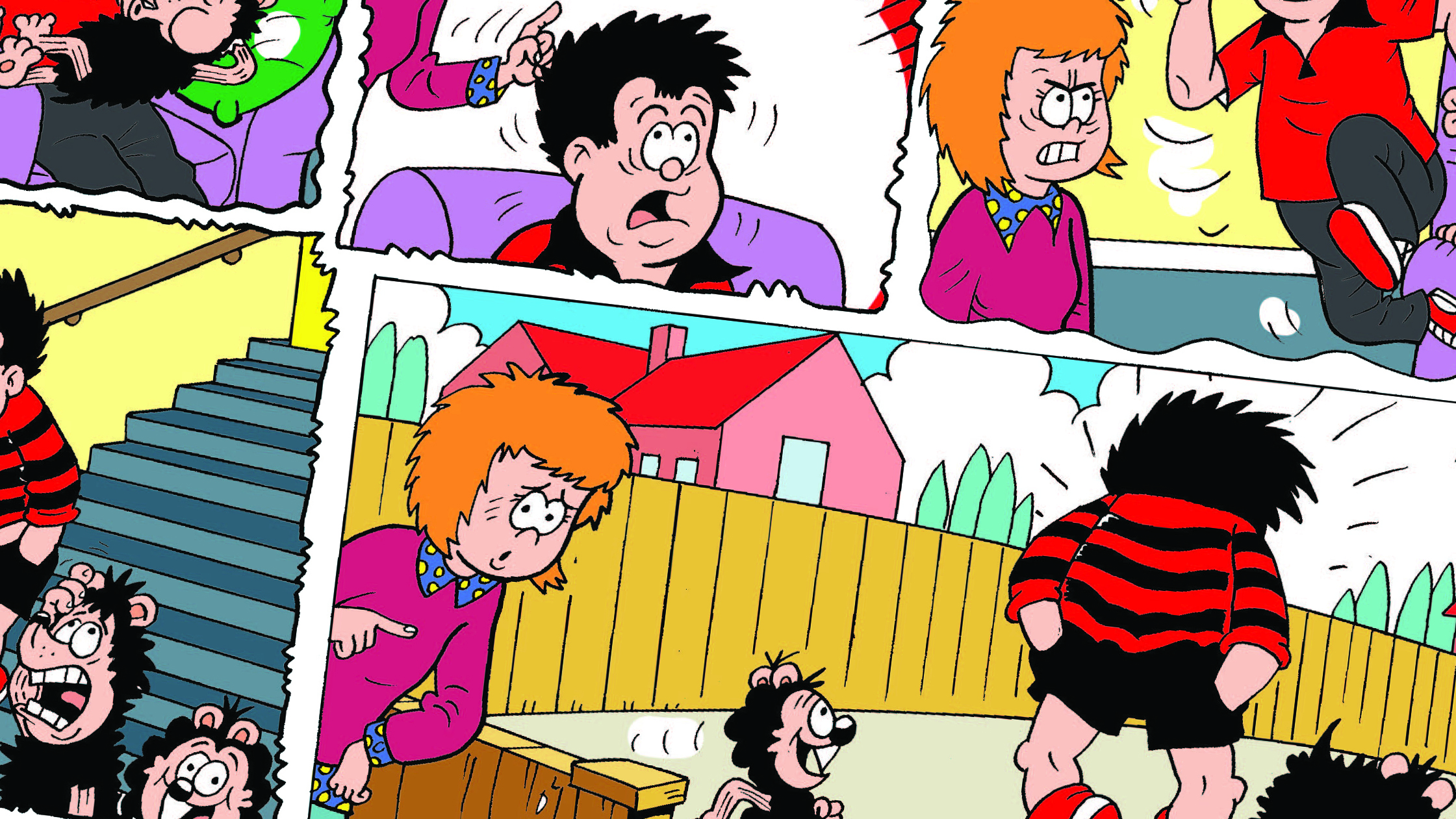 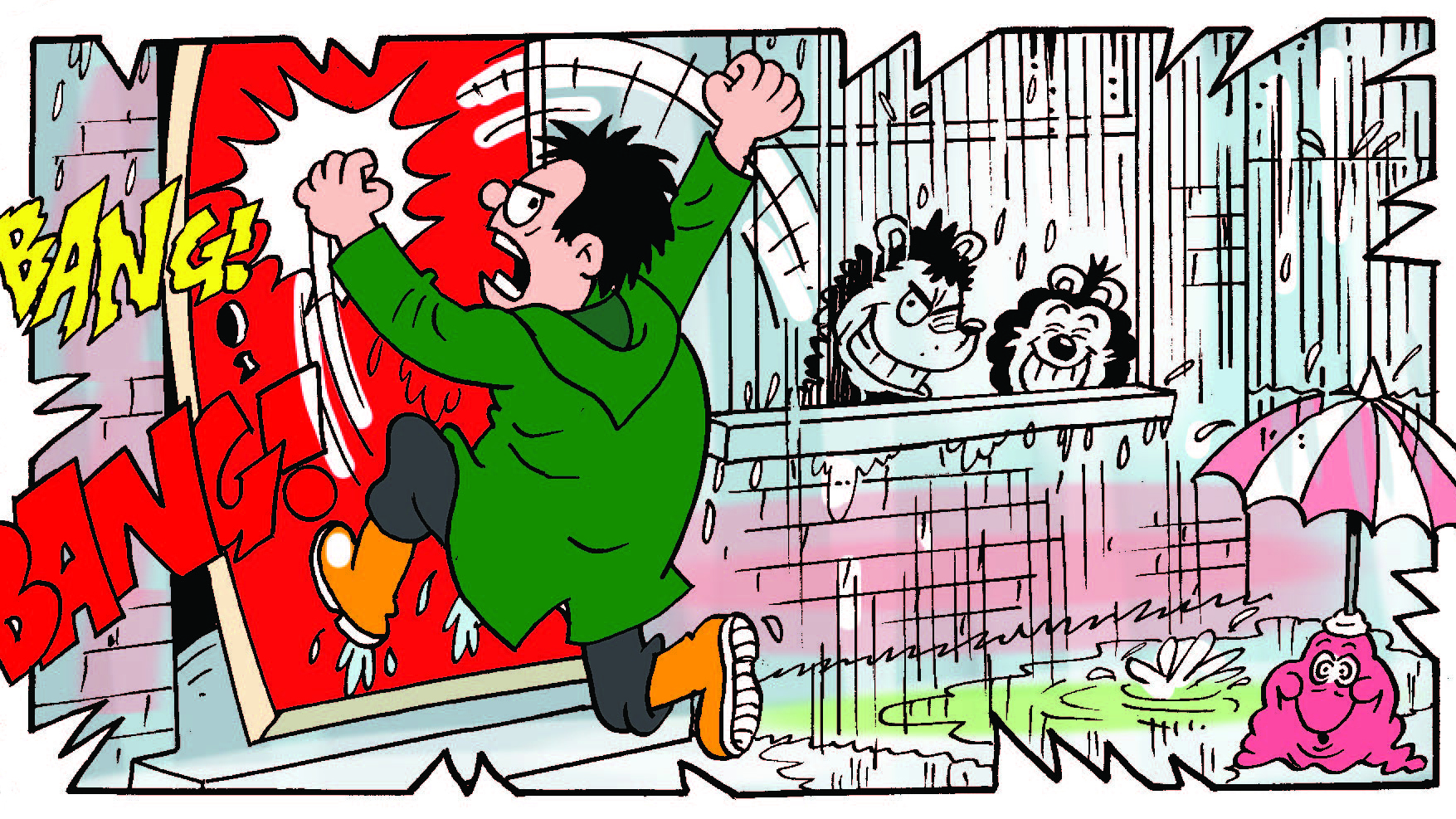 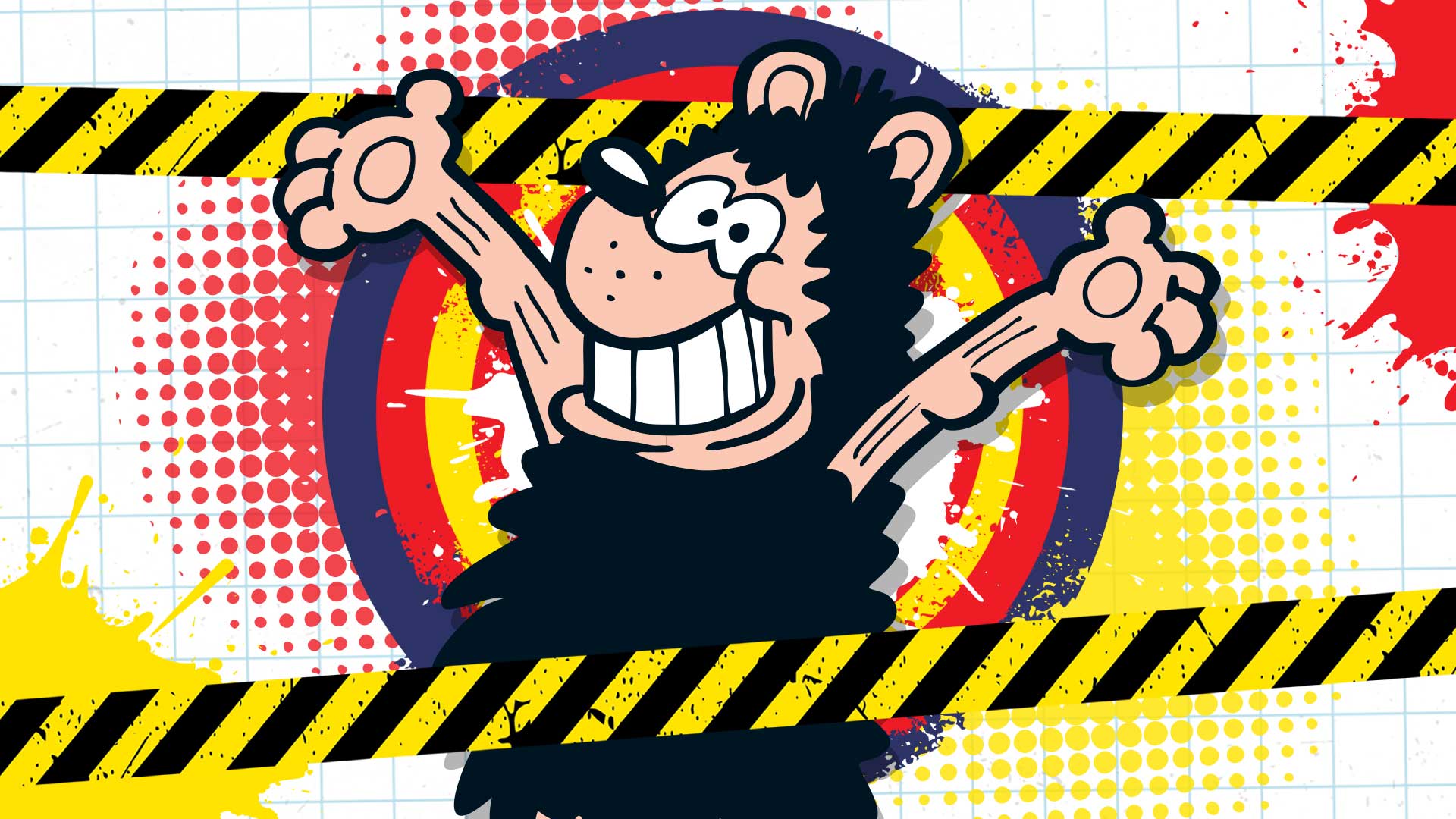 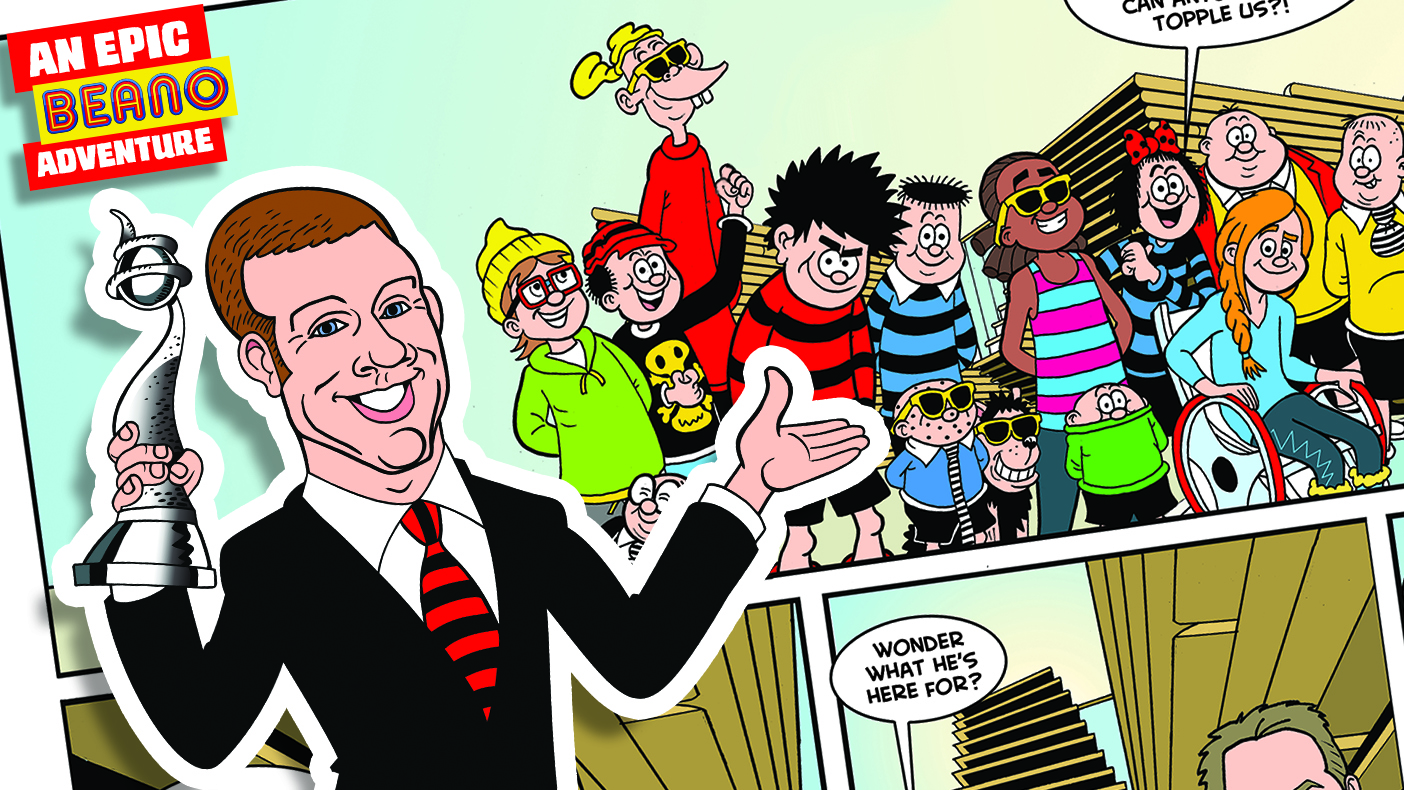 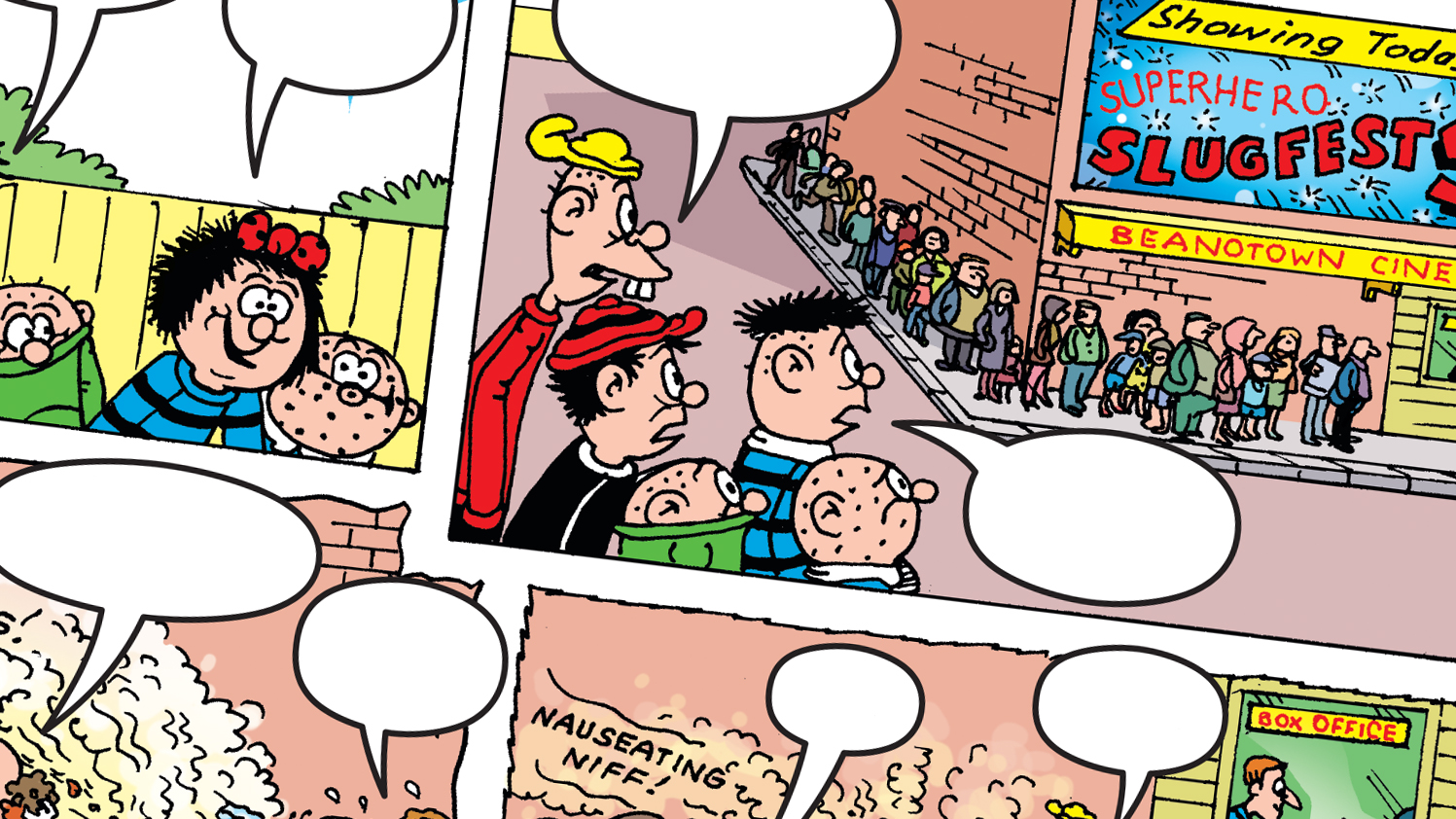 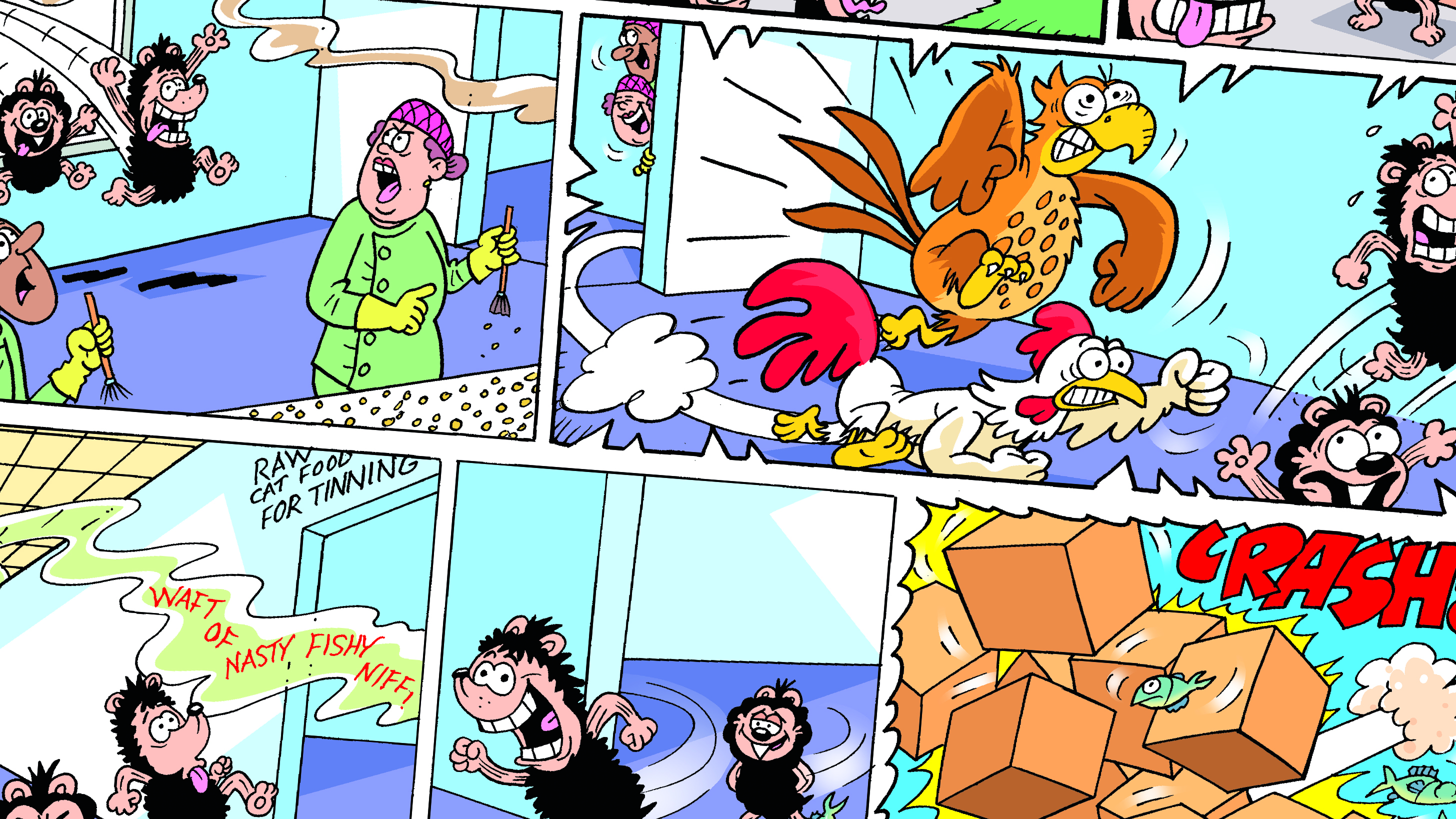 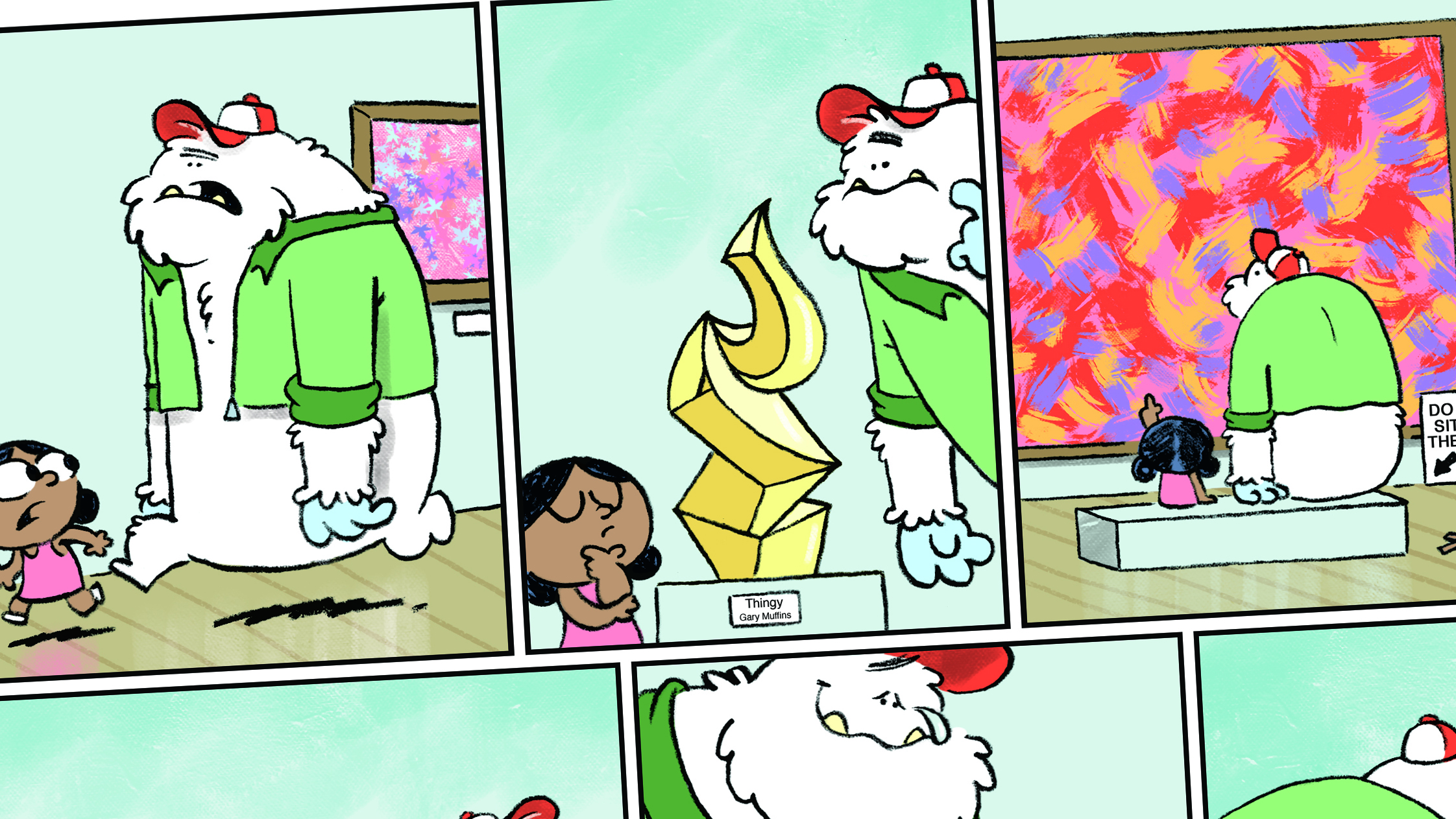 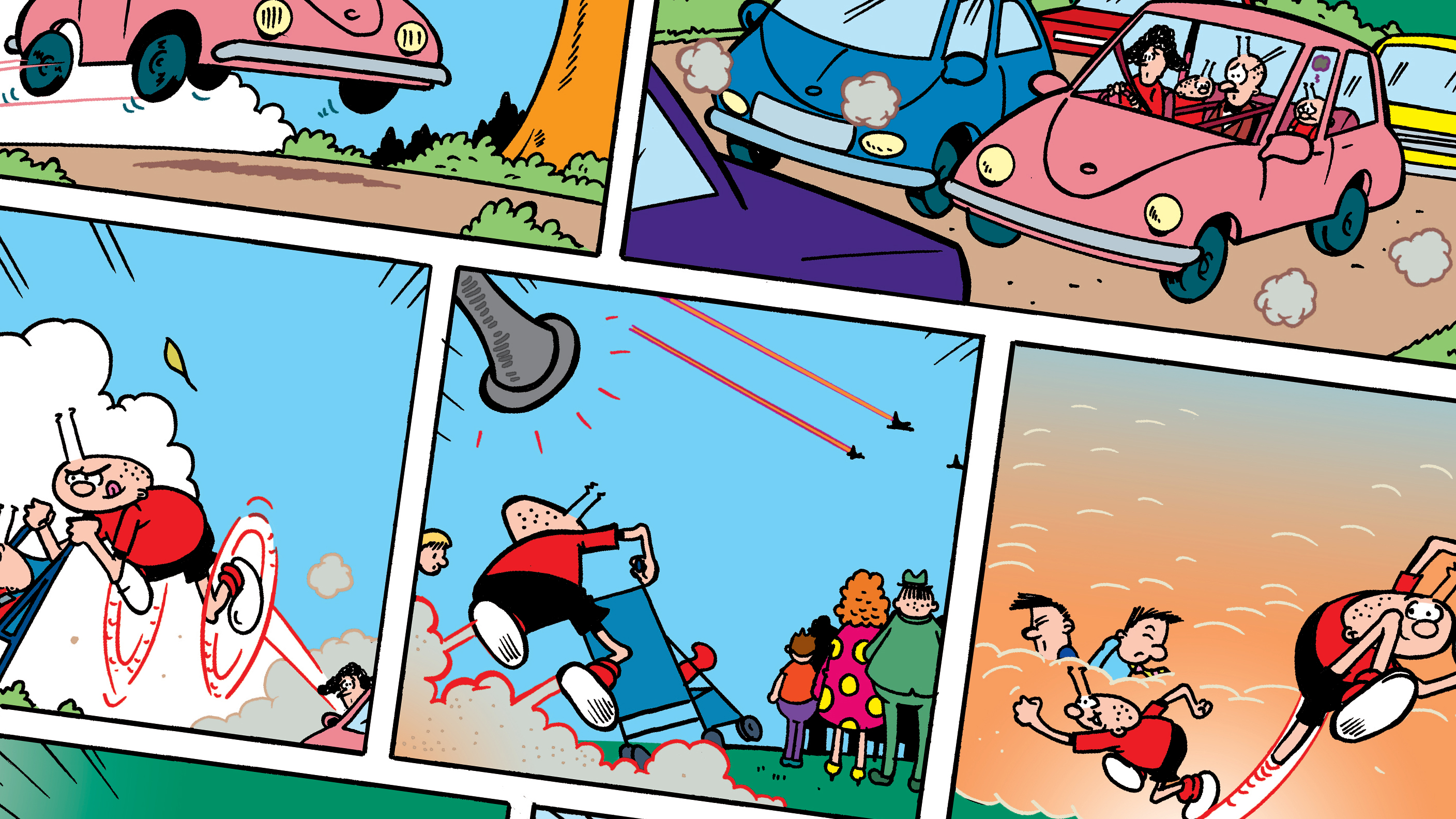