Are you a real foodie? See if you know all fifteen of these delicious (and weird!) facts about your favourite foods!

1. Chocolate is older than you think

Your fave choccy bar is probably Cadbury or maybe a Mars Bar, but chocolate has been around for so much longer than either - about 4,000 years in fact! It originally came from ancient Mesoamerica in Mexico, and was used in religious rituals and as medicine (wouldn't THAT be nice?)

If you're a pasta lover spaghetti bolognese is probably one of your favourite dishes. But it's actually more British than Italian! It became popular in the UK after WW2, when lots of new immigrants were arriving in the country. The Italian version is made with a different kind of pasta and the sauce is different, too.

3. Candy floss has SO MANY NAMES

It's a classic fairground treat that's usually called "candy floss" in the UK... but this sugary snack has a different name in just about every country. In the US it's called cotton candy, and in Australia it's known as fairy floss. It gets weirder in other languages - the Italian name translates as "sugar thread", and in Afrikaans it's spookily called "ghost's breath." Strangest of all might the French name, which means "dad's beard"!

4. Spain has a unique approach to dinner

What time do you usually eat dinner? In Spain people sometimes wait until 10pm to have their tea! There's a couple of reasons for this, though. First it's usual in Spain for everyone to take a long, late lunch break because it's hot in the middle of the day, so you wouldn't be very hungry again until much later in the evening. Second and strangest of all, Spain is actually in the wrong time zone! It should be on Greenwich Mean Time along with the UK and Morocco, but the timezone was changed in 1940 to be the same as the rest of central Europe. No one changed their mealtimes, so now people just eat later.

5. Some fruits are related to flowers

Are roses your favourite flower? You might be amazed to learn that they're very closely related to lots of kinds of fruit, including raspberries, apples, pears and cherries. Lots of types of roses are also edible and used in pastries and in Middle Eastern and North African cooking - it's an interesting flavour!

6. The first food eaten in space might not be what you think

The first human in space was Soviet cosmonaut Yuri Gagarin, and he ate food kept in tubes like toothpaste. His meal was a kind of meat puree, followed by a squeezable chocolate sauce. John Glenn, the first American in space, also had squeezed meat and followed it up with apple sauce. Yum or yuck?

Speaking of space food... luckily it's a lot nicer for astronauts nowadays. A favourite food to eat in space is the classic Mexican dish the taco - not only because they're delicious, but apparently they're a lot less messy in zero gravity! Taco means "light lunch", but you can really put anything inside one and make it into a huge meal. Next time you're tucking into a massive taco packed with all your favourite ingredients, try to imagine if it would be easier to eat it with no gravity!

8. This Chinese delicacy will take you a LONG time to make

One unusual dish from China is known as the "century egg", also sometimes called the "thousand year egg" or "leather egg". If you want to make this, you have to take an egg and wrap it in a mixture that includes clay, salt and ash, wrap it further in a rice husk, store it in a basket - and then leave it for as long as several months. Not exactly a quick weeknight dinner!

9. There is a cheese that is ILLEGAL

Don't worry, you won't be arrested for possession of a cheddar sandwich. What you can't do is buy casu martzu, a type of cheese from Sardinia in Italy that is full of live maggots. Really. The cheese is outlawed in Europe and in the US because it's not safe to eat maggots (obviously!), but locals still make the cheese and sell it on the black market.

The US state of New York officially categorises hot dogs as sandwiches, which makes sense - it's between two bits of bread, after all. But lots of people think that the hot dog doesn't count as a sandwich, and even want to argue about what a sandwich actually is. The president of the National Hot Dog and Sausage Council (yep, that's real) said that calling a hot dog a sandwich is like calling the Dalai Lama "just a guy." What do you think?

America eats the most pizza of any country in the world, and the most popular topping is pepperoni, with two-thirds of the country preferring it. The least popular one is anchovies. Pineapple is also unpopular, but people who love pineapple pizza REALLY love it! What's your take?

You probably enjoy a turkey dinner with veggies and chipolatas on Christmas, day. But in Japan the most popular food for Christmas day is... a KFC! Christmas isn't as big of a deal in Japan as it is in the UK, so the food choice is a lot more casual.

13. Ketchup used to be medicine

Lots of foods started off being sold as miracle cures, and ketchup was one of them. In the 1830s a man named Dr. John Cook Bennett thought it could cure lots of different ailments, including indigestion and jaundice. We're pretty sure that doesn't work...

14. You can eat the world's most expensive burger in the Netherlands

You could go to McDonalds and get a cheeseburger for next to nothing... or you could go to Voorthuizen in the Netherlands and get a "Golden Boy" burger. It's made from high-quality Japanese beef, white truffles, expensive ham, onions cooked in champagne, caviar and king crab, all served in a bun coated with gold leaf. Sound nice? Well, it'll set you back €5,000. Start saving!

15. The smelliest food in the world has caused chaos

The smelliest food in the world is thought to be surströmming, a Swedish delicacy of canned fermented herring. The smell is so strong it usually eaten outdoors. It isn't very popular outside of Sweden though - in Germany a man was evicted for spreading the fermented fish in the stairwell of his flat building. The landlord won the case in court when he opened up a can of surströmming to demonstrate how bad it smelled! 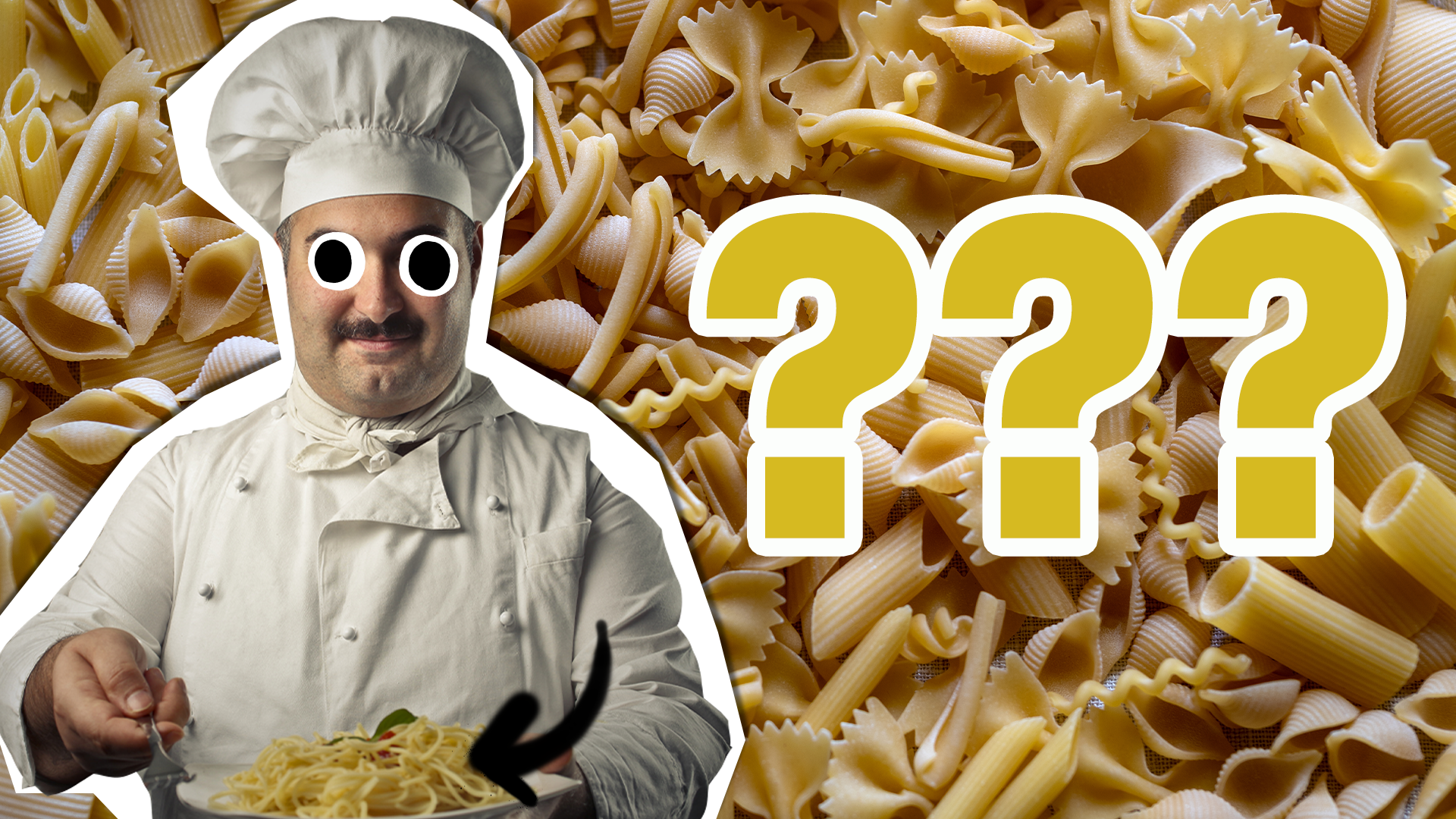 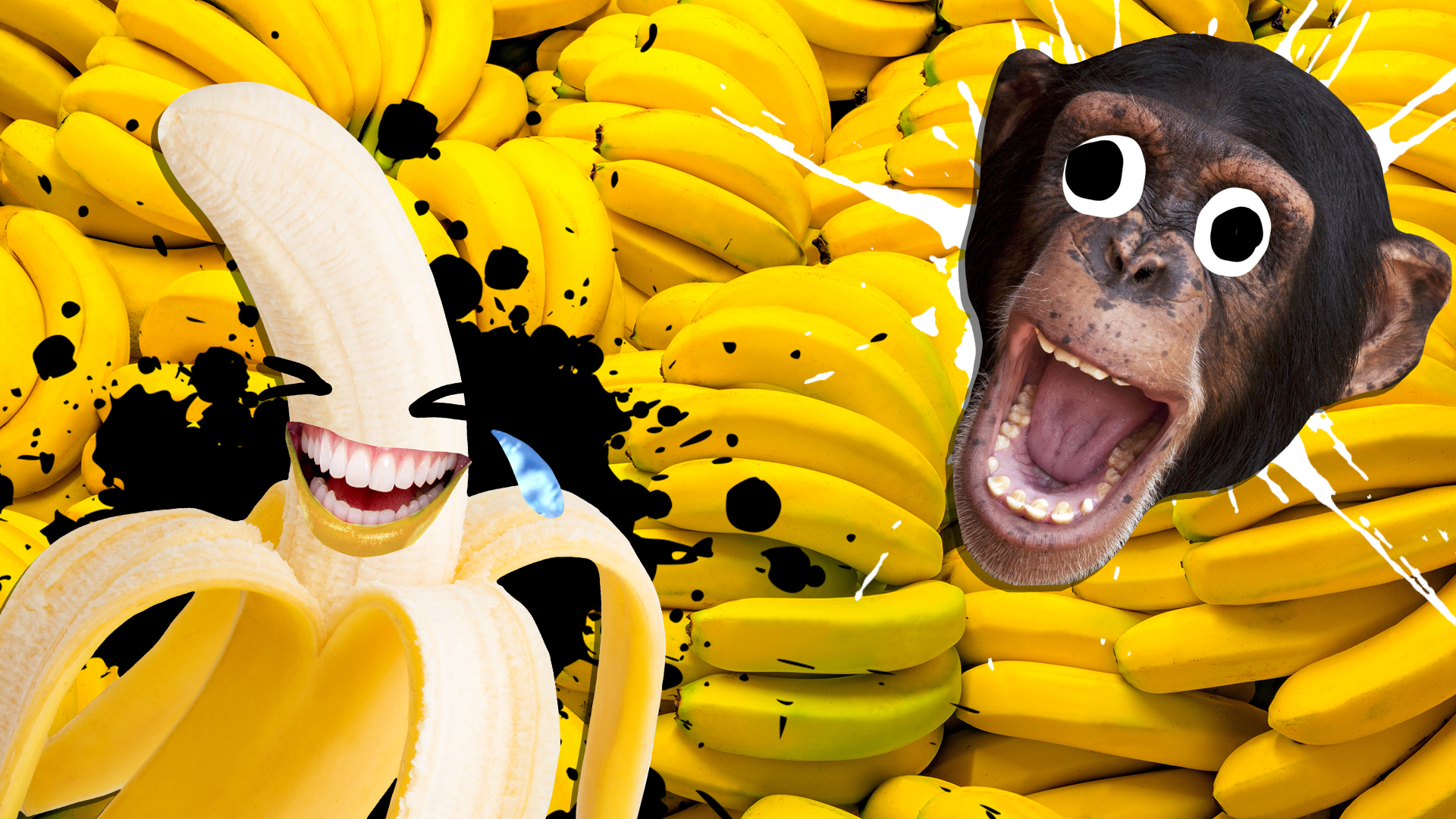 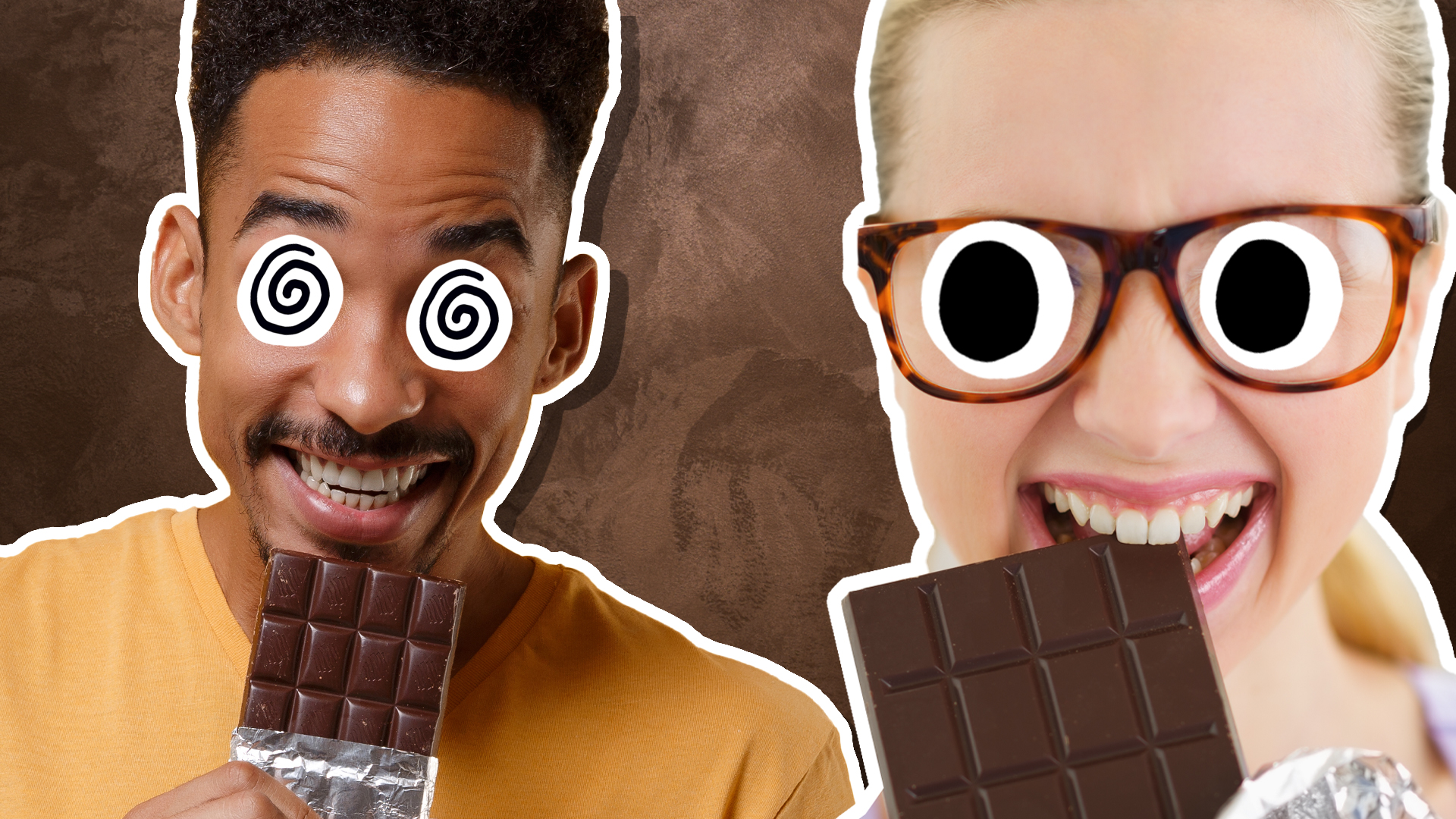 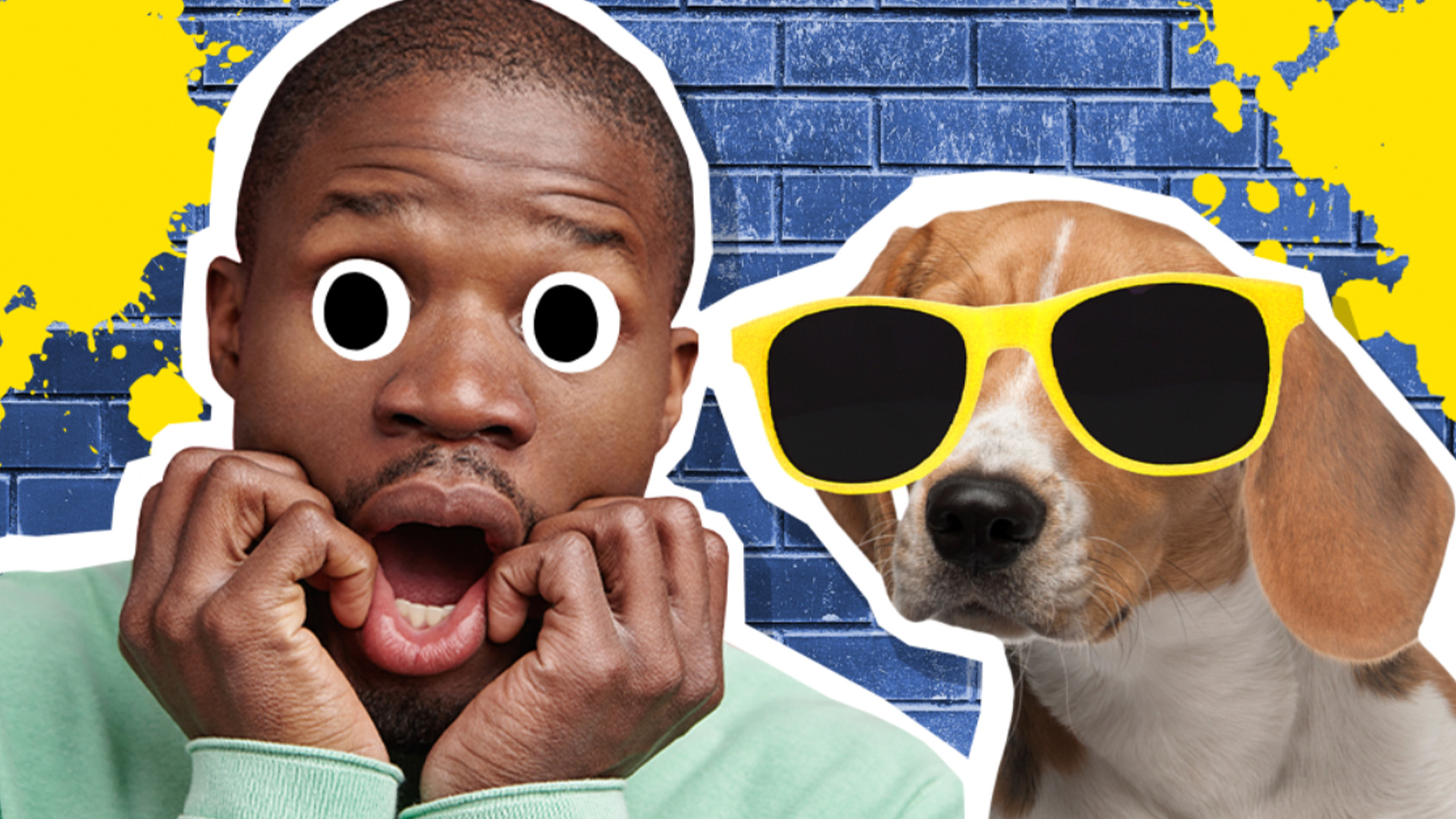 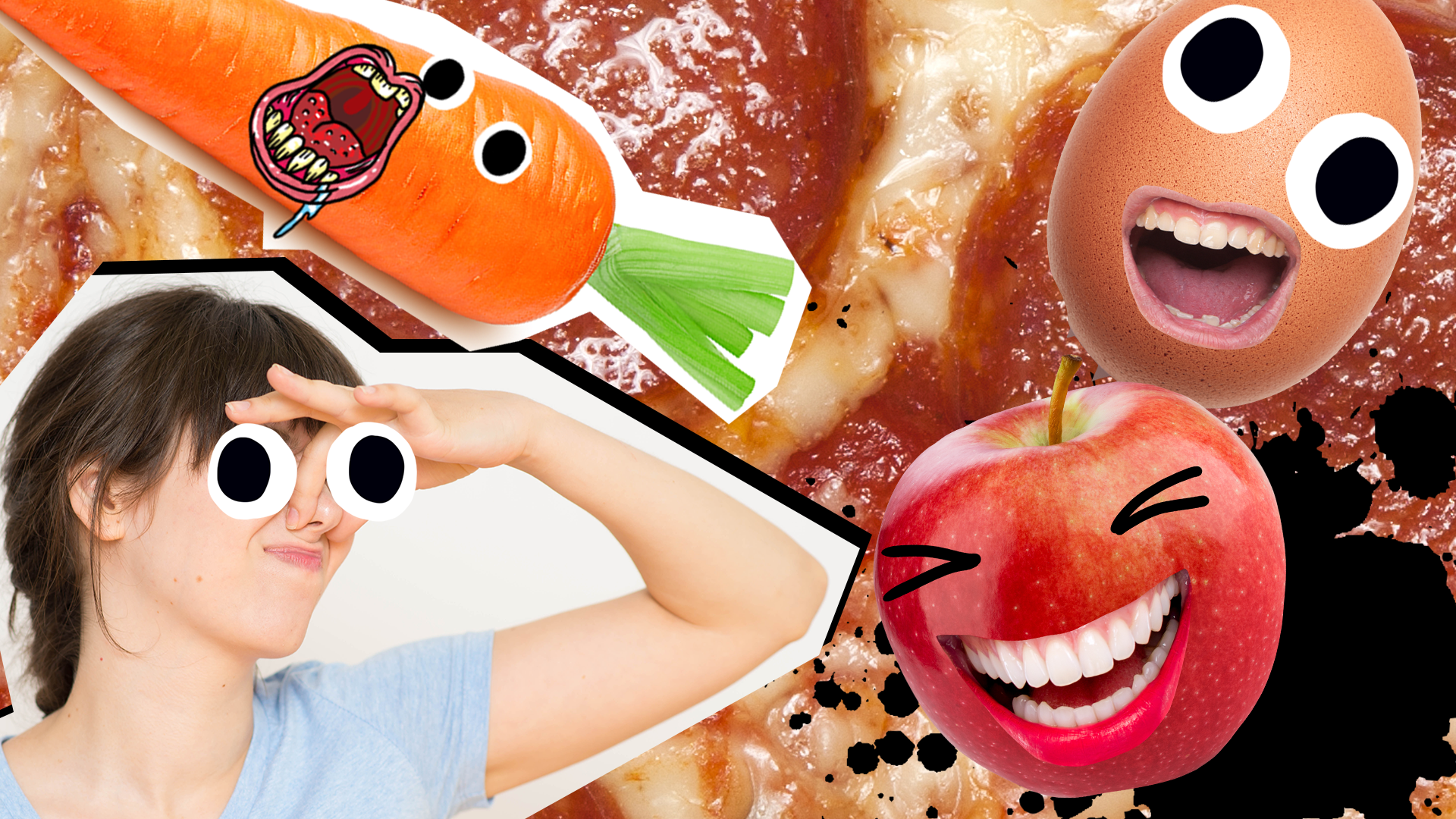 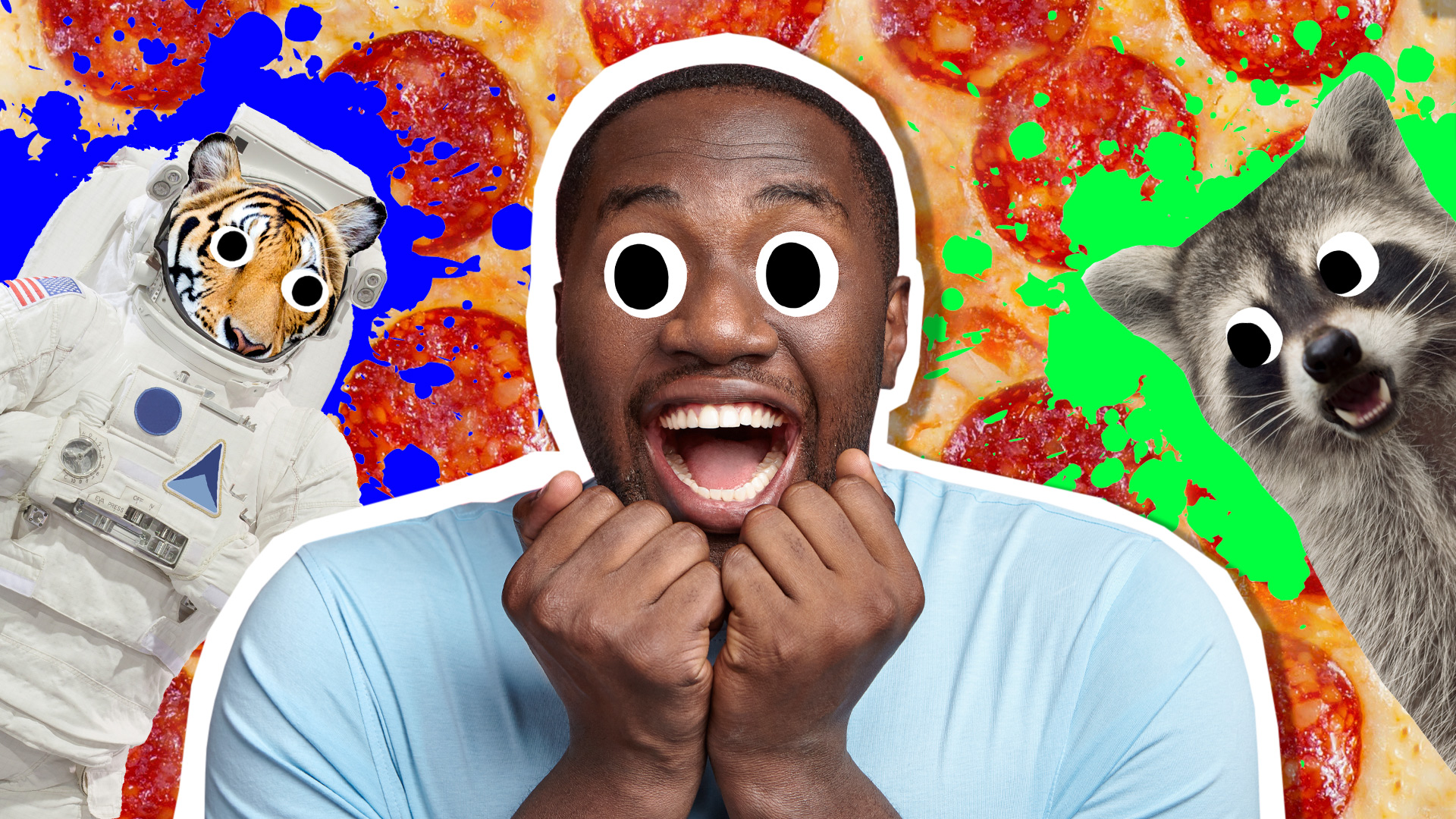 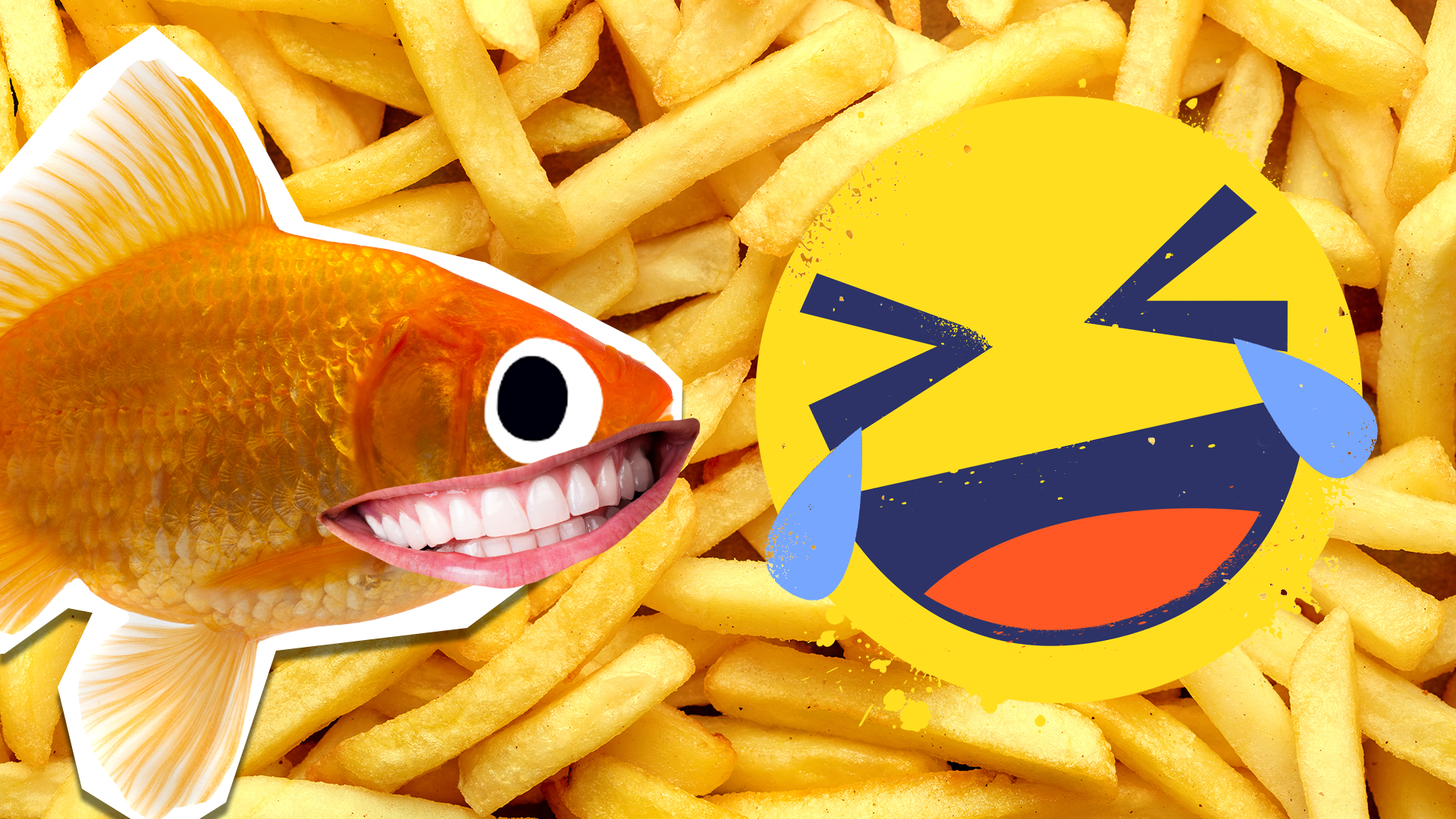 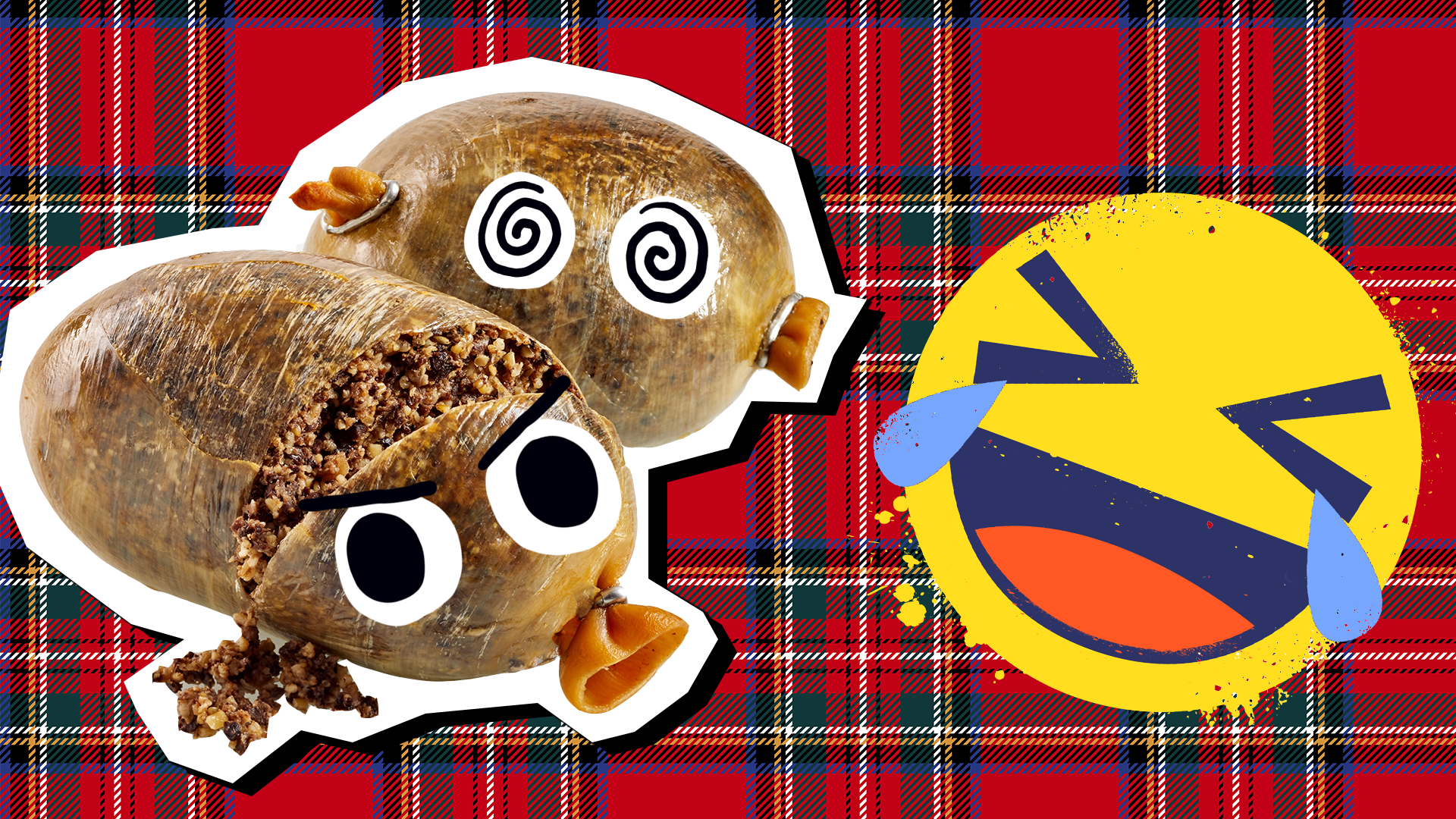 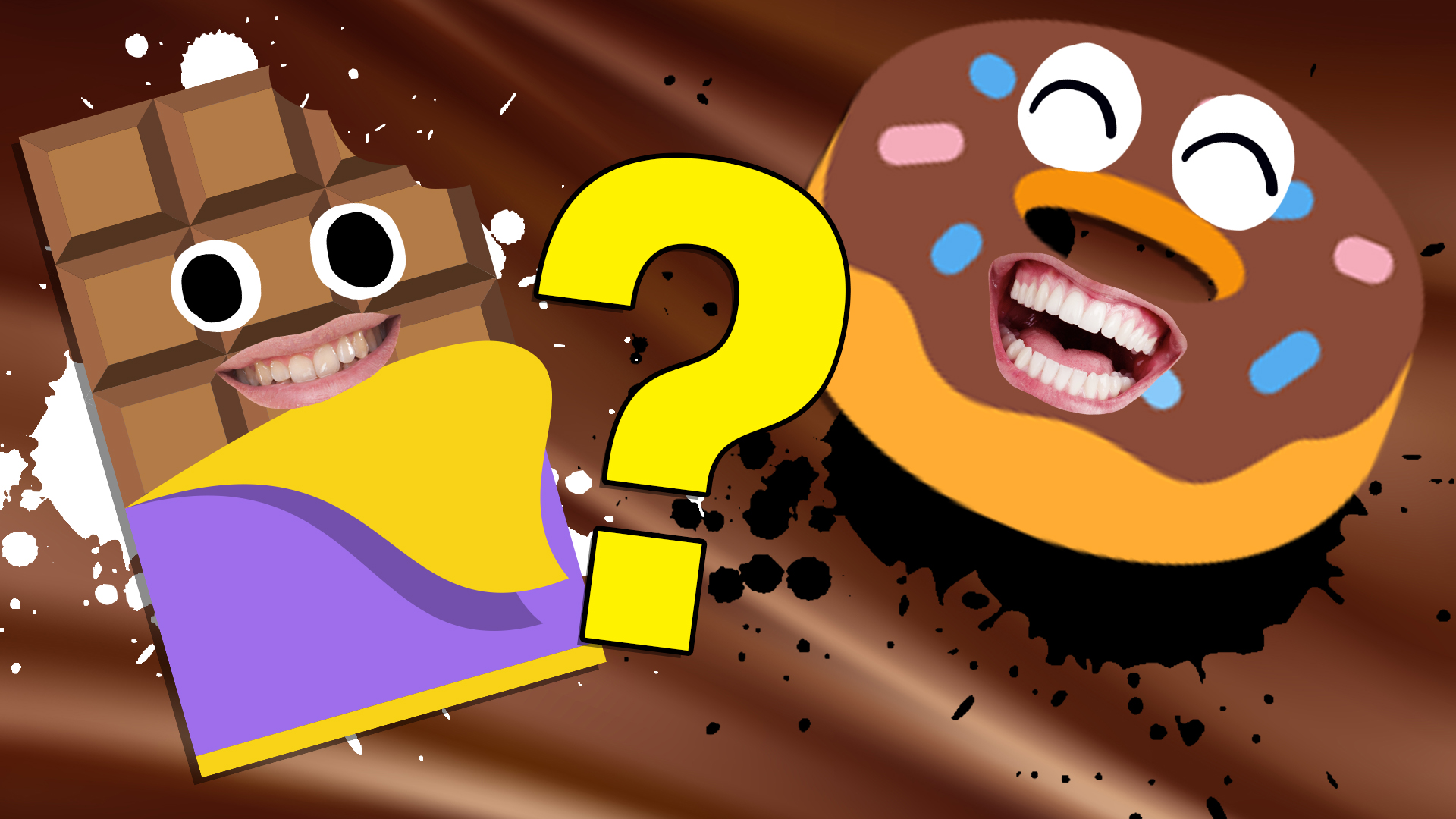 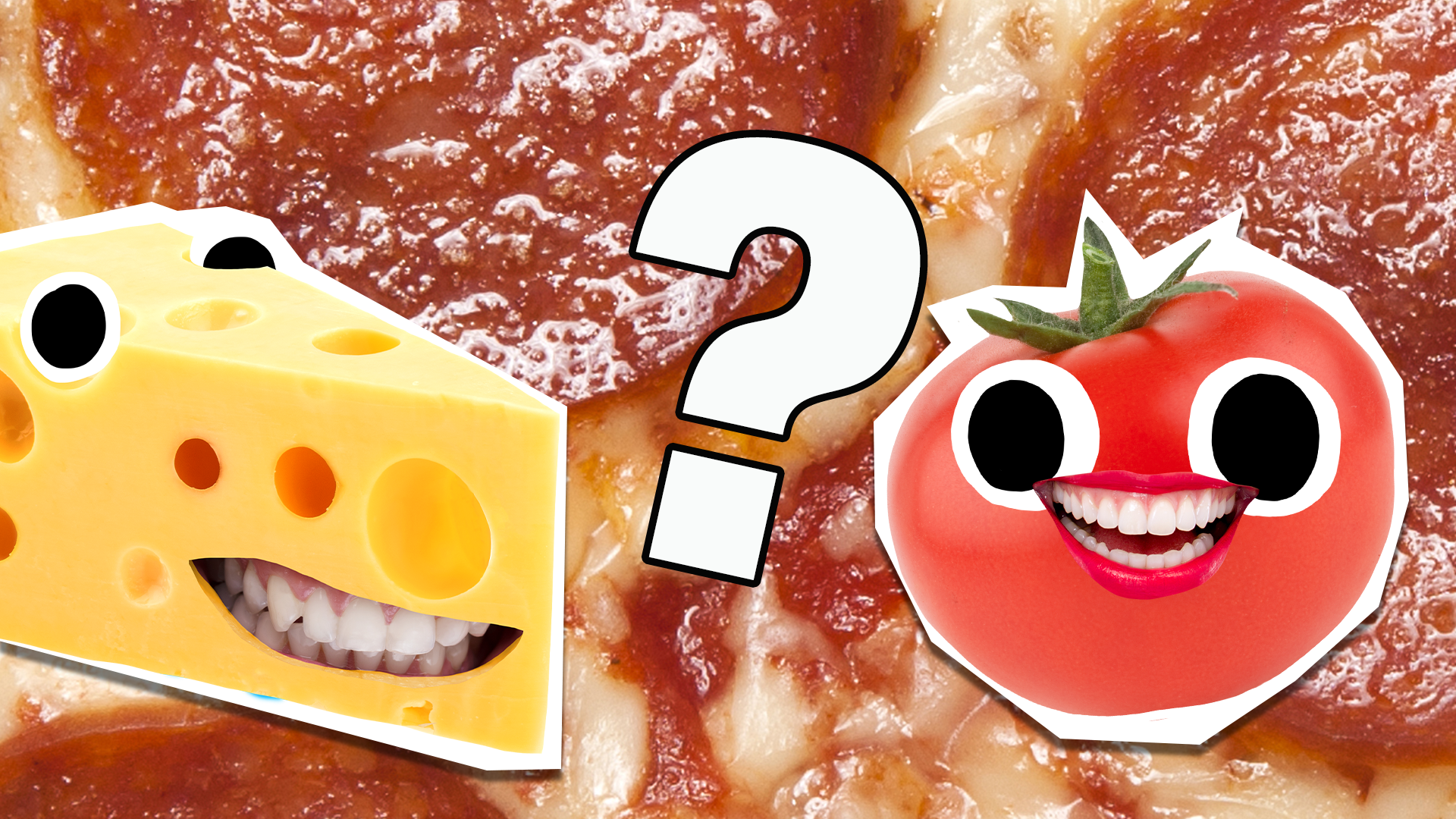