Check out these cool koala facts!

Koalas are super cute, but they're also super interesting! Check out these awesome facts all about koalas and their weird ways!

If you liked these facts, why not test your animal knowledge with our animal quizzes? We've got loads more animal facts here, or if you fancy some lols there's animal jokes too!

They're marsupials! That's a group of animals that belong uniquely to Australia, and it also includes wallabies, kangaroos and bilbies . Lots of marsupials have pouches which their babies are carried in, and koalas do too! 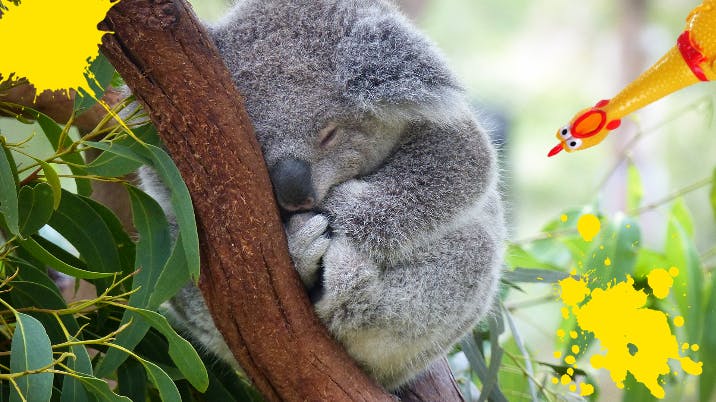 That doesn't mean they're all called joe! They spend most of their time in their mums pouch, which is a cosy way to get around! When they're born they're only 2cm long, which is TINY! They immediately get into their mum's pouch and stay there for the next few months. 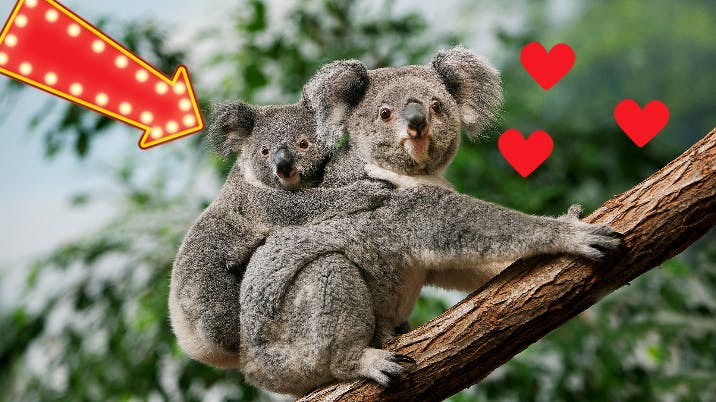 They ONLY eat eucalyptus

Yup, they don't eat anything else! Koalas get all the nutrients they need from this plant.  Which food would you survive on if you had to choose? 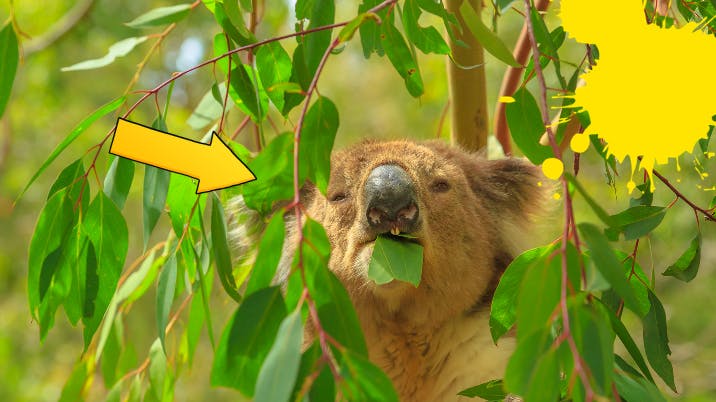 Sort of! Eucalyptus is poisonous to most animals, but not koalas! This is because they have a special chemical in their tummies which get rid of the poison! Clever. 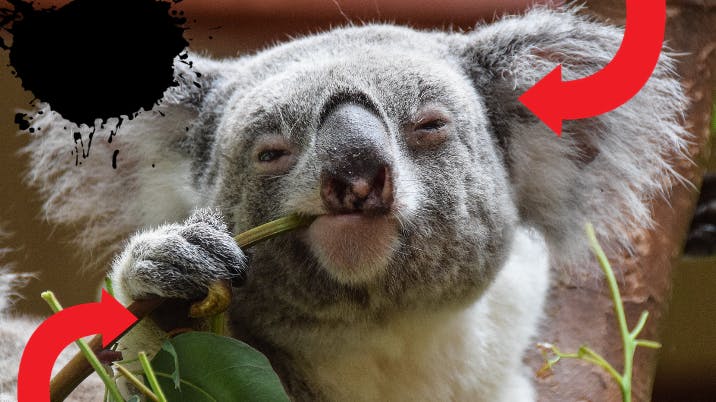 Koalas sleep for most of the day

If you thought you loved your bed, you've got nothing on koalas! They can sleep for up to 18 hours a day - that's almost all of it! This is to conserve their energy, which is a great excuse to tell your mum the next time you don't want to get up! 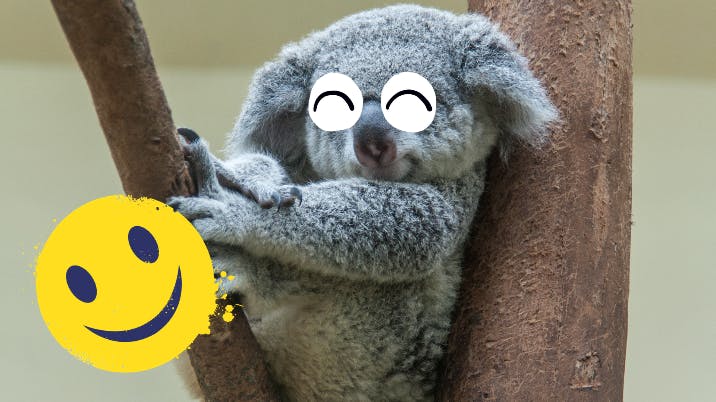 The word 'koala' means 'no drink' in one Aboriginal language. This is thought to refer to the fact that koalas don't need much water; they get most of their moisture from the leaves they eat. It's a pretty good name, like calling your brother 'Feet Smell' 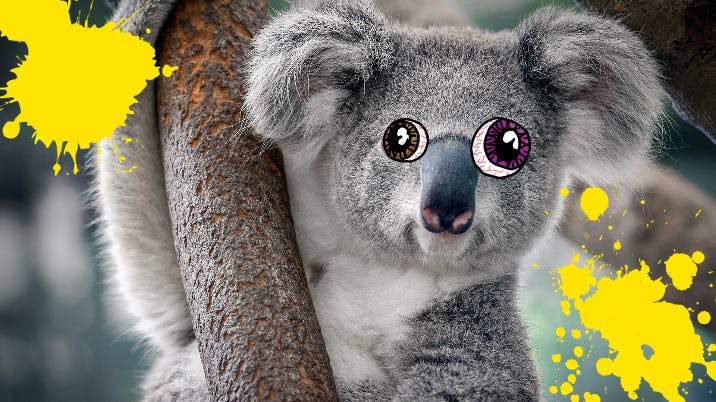 Koalas don't live in rainforests or tropical jungles. Instead they live in eucalyptus forests, which cover much of Eastern and South-eastern Australia. 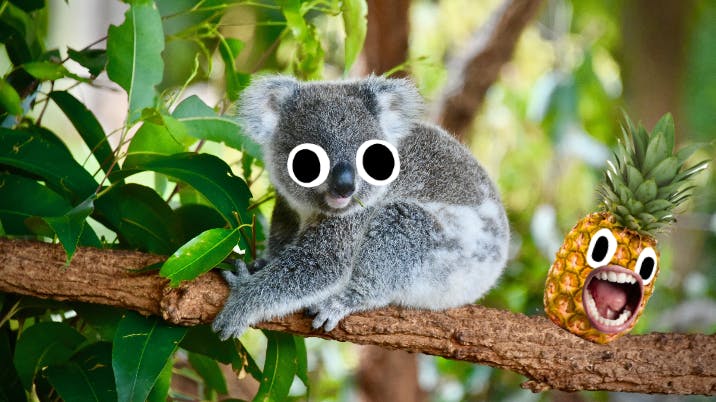 Koalas in cooler areas of Australia have slightly thicker fur than their friends in warmer climates! They're also bigger, which is thought to be because they store more fat to keep them warm! 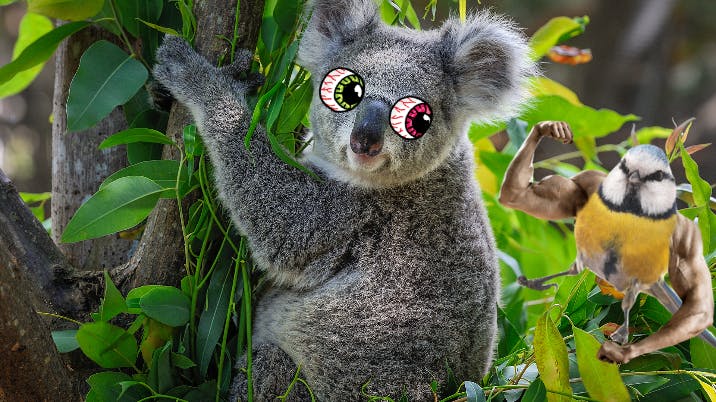 They eat about 1kg of leaves a day!

That's a LOT of leaves! And considering they sleep for most of the day, they must be chewing pretty quickly! 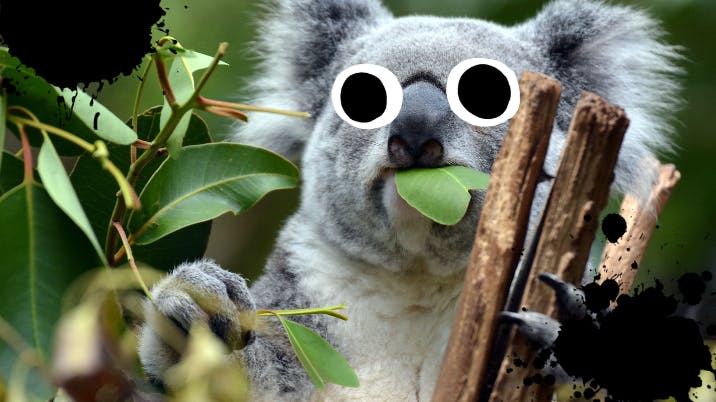 Koalas are in danger!

Koalas need our help -   devastating bush fires  destroyed much of their habitat recently, which is disappearing at a worrying rate. Koalas can't survive if the places they live are destroyed, so it's vital to try and help them! 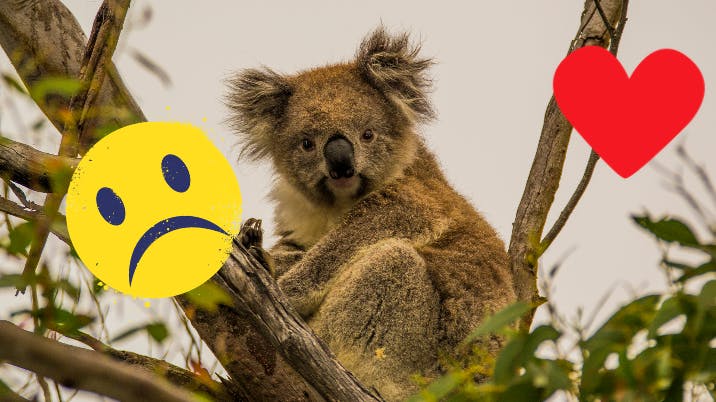