Looking for some nuggets of information? These priceless money facts make the world go round!

Money, money money! Whether you call it dosh, dough, loot or frounickits*, there's no doubting that it's a pretty big deal. But how much do you really know about money? Where did it come from? Who's got most of it? And is there really such a thing as a million pound note? Read on to learn everything there is to know about money!

Would you rather some other facts? Well you an always check out these flamingo facts, these Ancient Greece facts, or even these rainforest facts!

*This isn't a real slang word for money. Lol

1. Money is more than coins and notes

Money is what people use to store value when they swap things with each other. It makes trade easy, and is what allows us all to get the things we need. But money also brings out the worst in many people, and causes a lot of problems. So money isn't a good or bad thing, and there are plenty of disagreements about what it is and how it should work. As you'll find out - it can get pretty complicated!

Before money as we know it appeared, people would just swap what they had for things they wanted. So in a way, animals were probably the very first money - and there's evidence that people traded livestock as long ago as 9000 BCE. A sack of grain might cost 1 goat for instance, or 3 chickens might be the cost of a fetching leather hat. It took a long time after that for people to invent the kind of money we're more familiar with.

An early example of money is cowrie shells. From 1300 BCE the shells of sea snails were used as money in Ancient China, and their use spread to Africa, West Asia and Europe. This might seem weird to us, but it was a very succesful system that went on for a long time. Cowrie shells are easy to count, durable and usually the same size so they can be weighed to count large payments. Cowrie shells were used as money as late as the 20th century in some places!

It doesn't matter if money is gold coins, snail shells, paper notes or digital numbers in a computer - money is symbolic. It represents value, it doesn't actually have it's own value. You can't eat it - money is only important because we all agree it is. If we all stopped believing in money, all the world's currencies would become worthless in an instant.

After shells came the first metal coins, which were just lumps of metal at first. In about 500 BCE Chinese Emperors started stamping their faces on it, something that was soon copied by the Greeks, Romans, and eventually - us! This was the first time governments put their stamp on the supply of money and made it "official".

Nowadays, money is almost all digital! 92% of money today exists only as numbers on computers, with all the world's cash making up only 8%. Digital money might seem a long way away from sea shells and lumps of metal, but it all basically does the same thing. Who knows, maybe sea shells will come back in fashion one day!

7. The pound is the oldest currency still used today

We don't need to look far to find an old currency - the British pound is the world's oldest, and has been used since Anglo Saxon times! Henry VII made the first pound coin in 1489, and it's gone through a lot of changes since then!

Coppers (you know, 1 and 2p coins) are actually made of steel and plated with copper. And every coin worth more than 10p is made mostly of copper, but it doesn't look like it. Got that? Coppers used to be made entirely of copper, but they had to change it in 2006 when an increase in the price of copper meant there was 3p worth of copper in every 2p coin!

10. There are lots of slang words for British money

Wonga, spondooliks, smackers... and don't forget cockney rhyming slang! A deep sea diver is a fiver, an apple core is a score (£20), a bag of sand is a grand (£1000), and £500 is a monkey! The reason for monkey is actually because the 500 rupee note in India had a monkey on it, and when British soldiers came back they brought the reference with them!

... was during WW2, when the Nazis hatched on an evil plan to mess up the British economy by flooding Britain with huge amounts of counterfeit money. The Nazis introduced £135 milion of fake cash, worth over 7 billion pounds in today's terms! At it's height, the fake Nazi notes made up 15% of all the notes in Britain! To try and fix it, the British started making notes with tiny strips of metal in it, which was much harder for the Germans to copy.

12. The British are world leaders in faking cash

A lot more, in fact! Hasbro, the company that makes Monopoly, prints over $30 billion in Monopoly money every year, whilst the US Federal Reserve prints less than $1 billion!

14. The richest person ever

Wasn't Jeff Bezos or Elon Musk - but a medieval King of the Malian Empire in Africa. Called Mansa Musa, this guy was far richer than anyone alive today, with a worth of about $400 billion in today's money. Mansa Musa was so rich that when he visited places the local price of gold would plummet because he'd give so much of it away to people!

That's right! The British Government has a supply of 100% real million pound notes! And 10 million, and 100 million! The Americans have million dollar notes, too. These gigantic notes are held in banks and never taken out, as they back up the bank's reserves. Imagine trying to get change with one of those!

The richest people alive today are stupidly rich. Jeff Bezos and Elon Musk each have hundreds of billions of dollars - which is more money than they can ever spend. If you had a budget of spending $1000 a day (still a lot of money!) - it would take you 2740 years to spend a billion! So you've got to ask yourself... what's the point having that much money?

17. Fixing climate change will cost a lot of money

Stopping climate change is the most important thing we can do right now, and it's going to cost a lot of money. Or will it? The UN reckons it'll cost us $300 billion to slow it down enough for us to find a longer term solution. And whilst this sounds like a lot, the richest people on Earth could easily cover it if they all chipped in. Hint hint, Jeff and Elon? 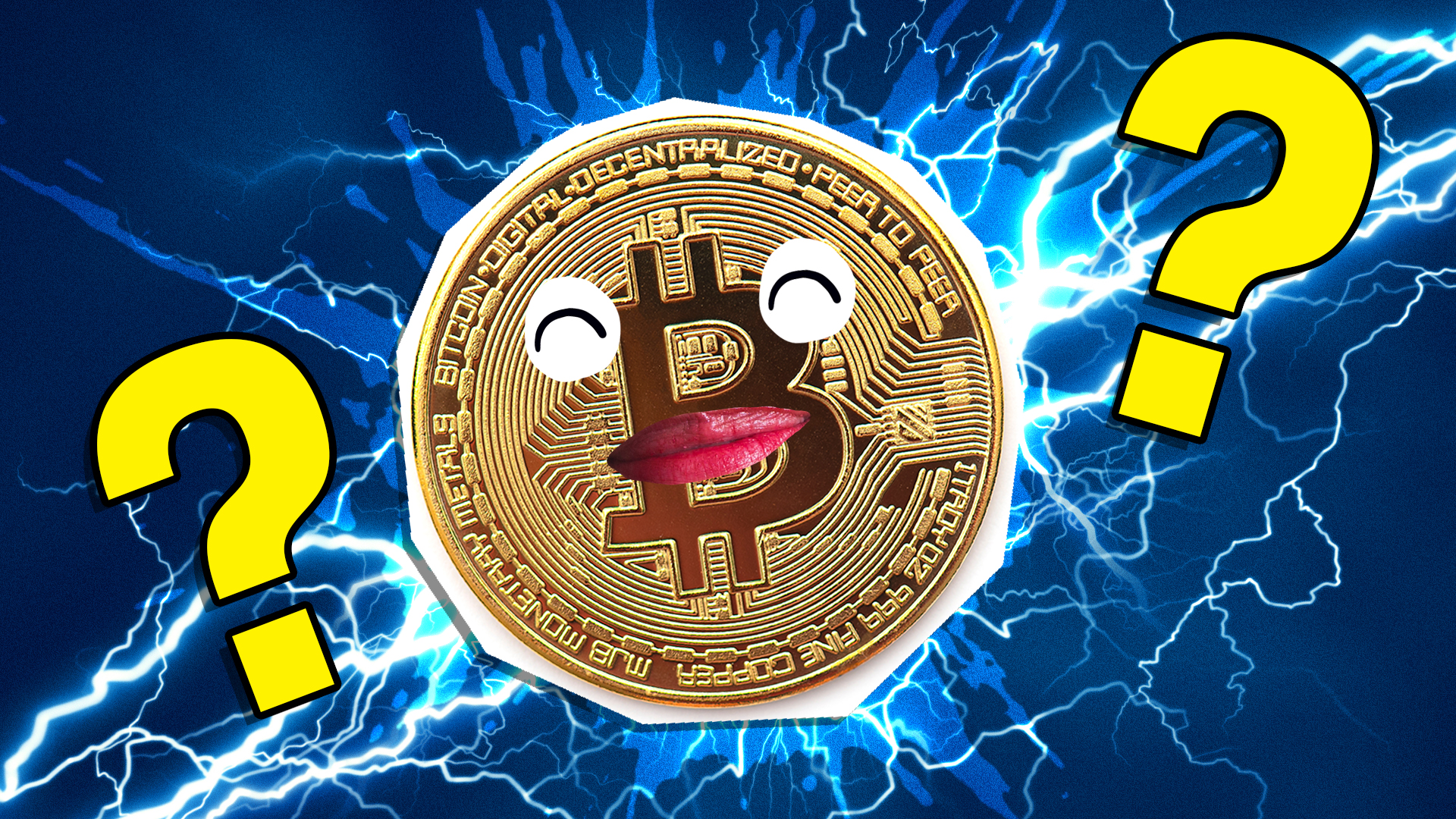 This Bitcoin Quiz Is For Block-heads Only!