Who Is Future Dennis?

Did you know Dennis has met his future self? He has - and now you can too...

Who is Future Dennis?

Future Dennis is the same Dennis we know, but a bit older. He comes back from the future when he knows that Dennis will need some help from someone as awesome as him. 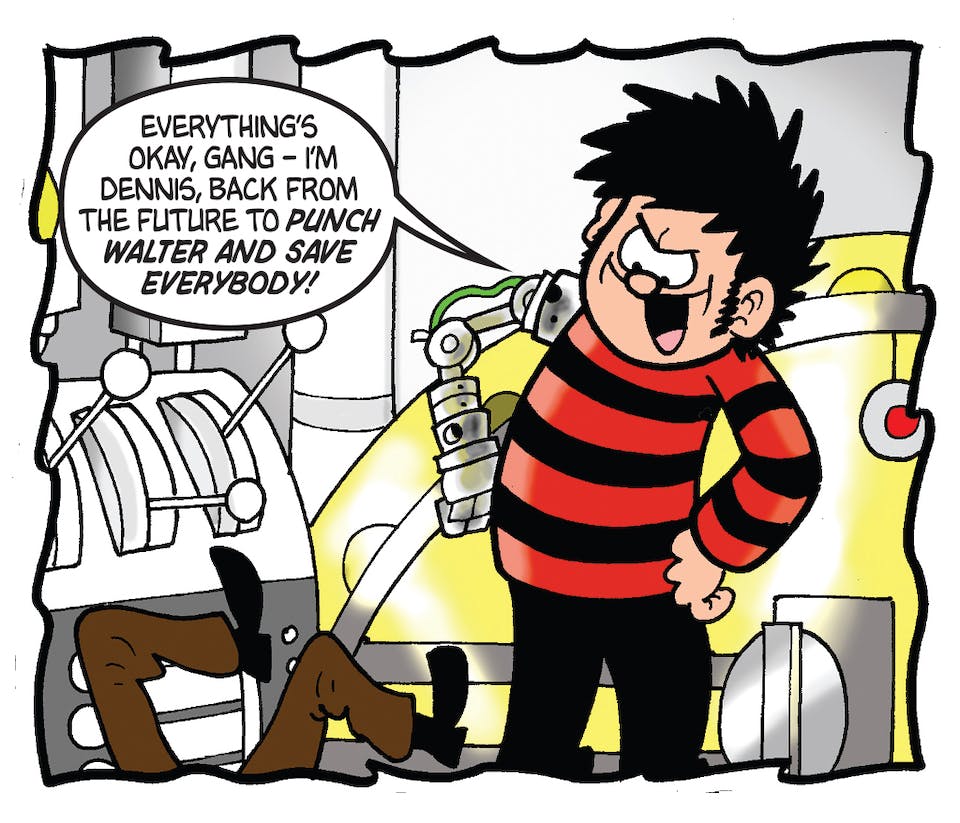 How does Future Dennis travel through time to now?

He uses the time machine which is hidden in the Town Hall clock tower.

You did know about the time machine in the clock tower, right?

What does Dennis think of Future Dennis?

Dennis thinks he's awesome because he's a time traveller and he always turns up when Dennis needs help most.

Besides, he has an epic robot arm instead of a boring human one.

Dennis can't wait to get his robot arm, but Future Dennis tells him he won't get it for fifteen years. 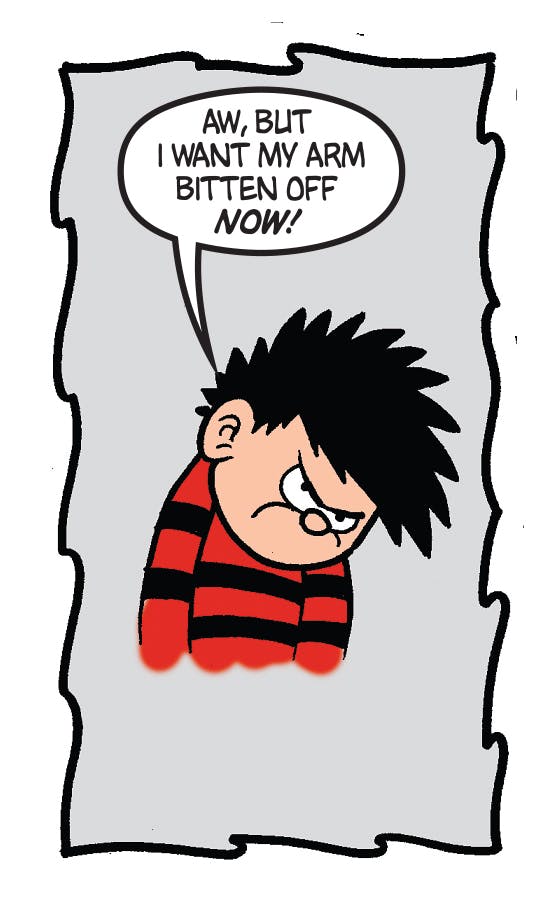 Aargh! What happened to his arm?

It was bitten off by a shark. He could have had a normal arm sewn on in its place, but the robot one is way cooler!

His human arm is still pretty cool too - this is the arm which knocked out Future Walter and saved Beanotown from the zombies.

You did know about Beanotown and the zombies, right? 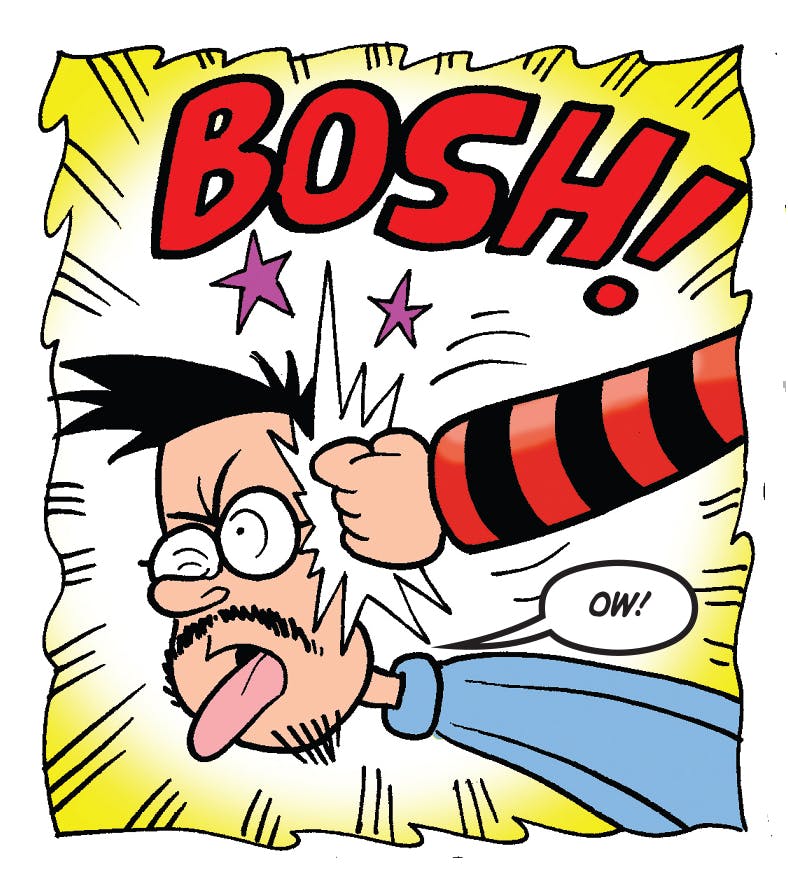