Dennis and Gnasher Unleashed Episode 22: Red and Black to the Future

In this episode of Dennis and Gnasher Unleashed, Dennis discovers a time machine!

In this episode, Dennis and Gnasher discover a time machine!

Dennis and Gnasher are excited about their big gig in Beanotown tonight, and turn on every amp in the den for the loudest sound ever! One power chord later, Dennis and Gnasher wake up on the other side of the room, underneath a smashed set of shelves. Blamtastic!

JJ calls the communicator to let them know they’re late for practice. They swing by Rubi’s place on the way to rehearsal, and go into the Screwtop lab. Inside, there’s no sign of Rubi or the professor, but Dennis catches sight of a shiny metal ball with a clock on top. He grabs its handles and starts to shake, as blue lightning shoots out around him. Dennis has discovered the professor’s time machine!

When Dennis reappears outside the lab, Rubi gives him a big hug and tells him that he’s been gone for 2 whole weeks! Dennis, determined not to miss the big gig, returns to the lab to try and go back in time – but can he survive the journey, avoid the past version of himself, and make it to rehearsal in time? 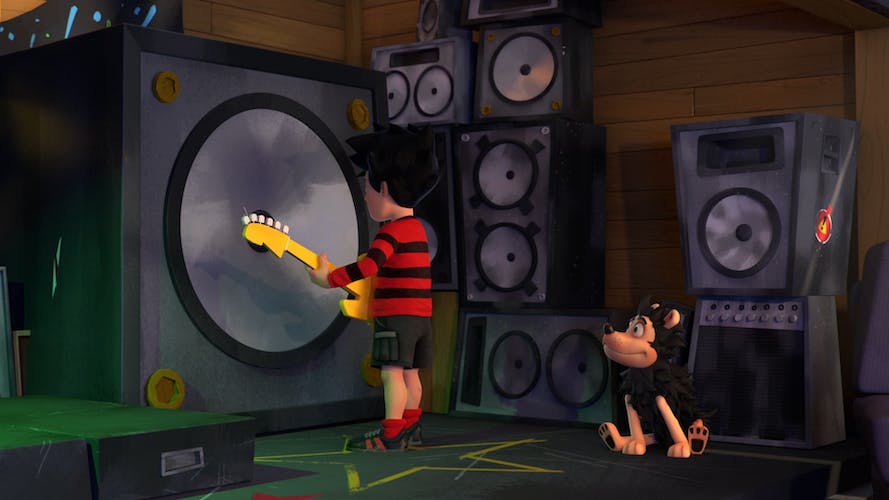 1. There are lots of references to time-travel movie classic Back to the Future!

The episode opens with Dennis testing how loud his guitar can go. The professor says ‘great Scott’ while on the clock tower. The episode ends with rock’n’roll music, and our hero doing a guitar slide 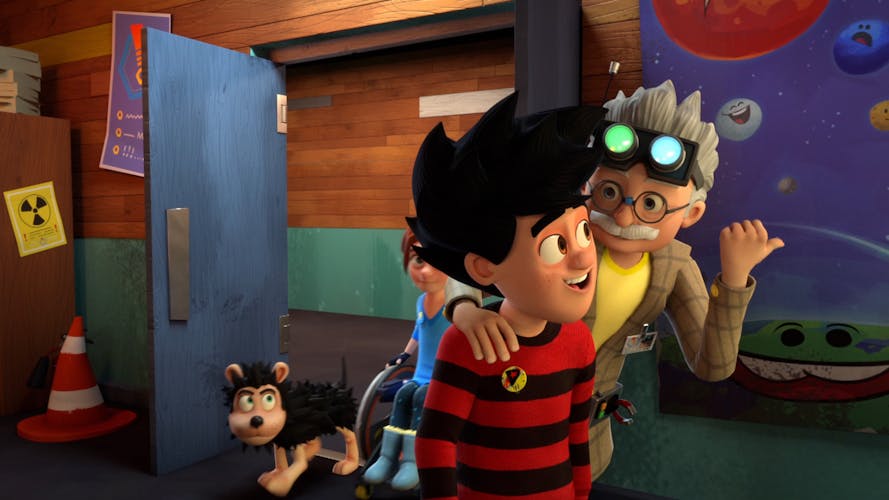 2. Professor Von Screwtop has lots of nicknames for spiky-haired Dennis (and even spiky dog Gnasher!)

3. Did you hear what could happen if Dennis breaks the space-time continuum? This is the first time we have heard any reference to them! 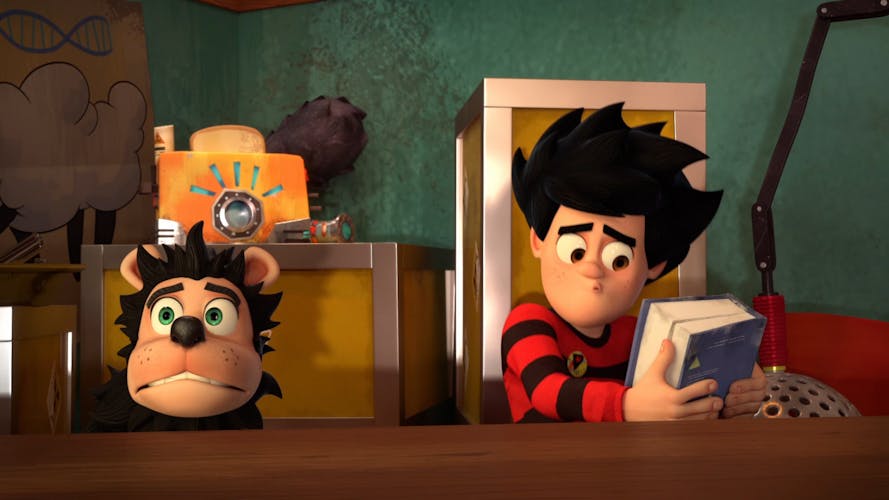 5.You can see the nuclear toaster from ‘Screwtop in Love’.

It's behind Dennis and Gnasher when they're hiding in the lab!

Would you describe yourself as “SPORTY”?

Answering this question won’t affect your score.
What is this?
1/5

The first time he travels, how far forward did Dennis go?

What period of time does Dennis think that he’s travelled back to?

How does Dennis get the giant skateboard?

What does the written instruction in the time machine manual say?

Where do the Dinmakers play their gig?

Come back every day for awesome games, quizzes and videos!